Something stompy this way comes


After the recent completions of Heavy Gear models and the showcase that followed, I thought I'd be a bit proactive and make a Workbench post as I got started on my newest set of mechs:

Having the double qualitites of being multi-part with lots of options and plastic models, I knew I'd have to get some eventually.

Priced at 9.49$ US/ 6.49 £ GBP they are a bit more expensive than Reapers CAV and EM-4's plastic mechs, but come with more options and are a fair bit heftier than the latter. So a fair price I think.

The shipping was 4.20£ GBP, certainly affordable since I ordered 6 of them. It took about two weeks for them to reach me which is pretty standard these days.

So onto the models themselves: 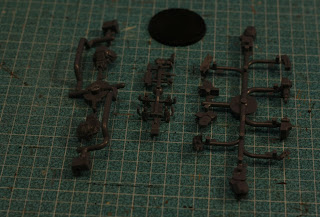 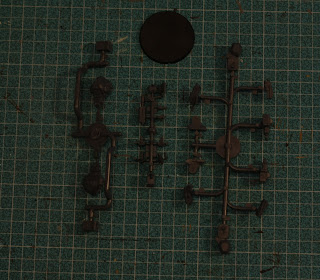 As you can see the mech comes in 3 sprues; The torso and some arm parts(left), weapon and hand parts (middle) and arms, legs, feet and more weapon parts (right). Mould lines are present on some of the pieces, but very faint and nothing that can't be fixed in a few seconds.

The company website contains building instructions along with a few helpful tips and some pictures showing off some modifications you can to to the parts to get a unique look for a special mech.

Moving along, I used tack to stick on various mixed setups so you can see what the assembled pieces can look like: 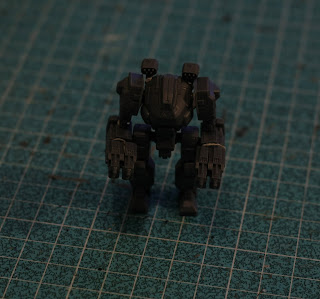 The "standard" setup as seen on the website store, armed with double twinlinked machineguns and rocket pods on the shoulders. There is a second option of bigger, single warhead shoulder mounts as well, shown in a later picture. Since the model is made for 28mm if you use it with the companies game system, the mech stands just shy of 50mm tall, not counting the missile pods. So it makes quite the mech when used with 6mm models like I will be doing! 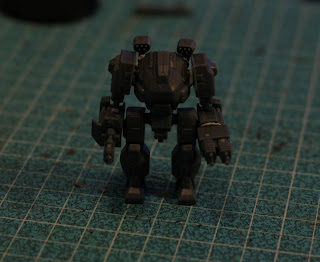 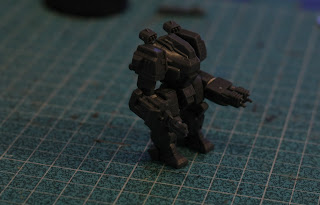 The second option for the mech is know as a Flak cannon, shown on the mechs right arm in the pictures above. With the right paintjob it can probably be any number of projectile or energy weapons, I think it will make a good plasma projector or maybe an electrolaser. 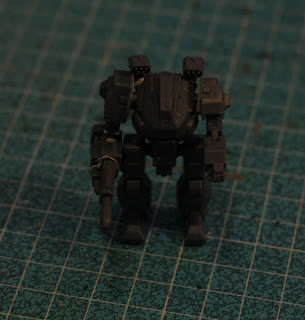 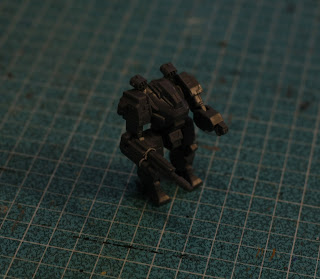 The last weapon option is the "Maglock Chaingun". A standard long-barreled affair, this weapon looks like a great contender for any sort of autocannon or similar projective weapon. With a little bit of putty to make a lens it would even make a good laser cannon. On the left arm this mech has the optional forearm with a hand/manipulator that only fits this side of the mech. 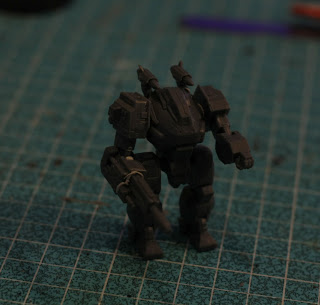 Here you can see the optional bigger missiles. 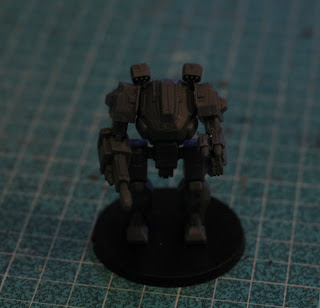 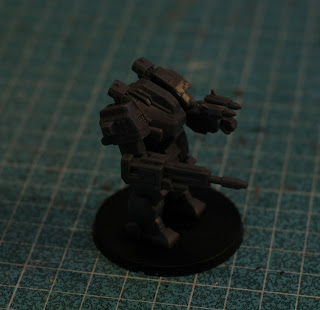 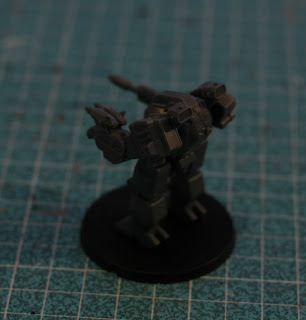 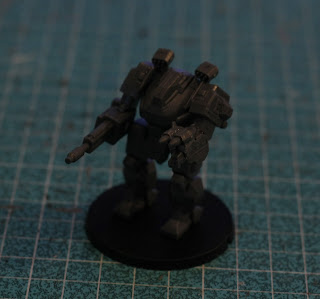 This setup is the one I went with for the first of lance I'm putting together. I made a small mod after adding the autocannon to to right arm and a manipulator to the left. By cutting and filing the large missiles and then glueing them to the forearm to give the mech some extra punch. 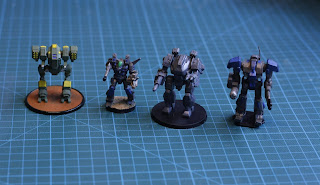 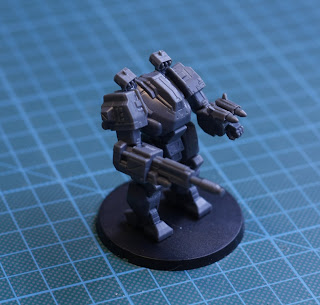 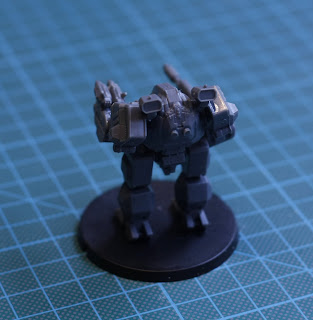 So with the first mech assembled, I have 3 more that will form a merc lance to fight with and against the other forces I have collected. I hope to show off a the full lance before too long.
I have started looking at making a few more pieces of terrain for both 6mm and 3mm, while we wait for the vanguard 3mm models to be released.

Til next time!
Posted by Alexander Wasberg at 22:12