While I have been awaiting the arrival of some new mechs, I decided to paint up some things from my not insignificant lead mountain.


First we have some mech reinforcement for the Zyphyr megacorp:

I've had these Mecha Front mechs since I received them after the kickstarter concluded, not sure how to fit them into my games. I finally decided to intergrate them into the Zephyr ranks after seeing a nice Battletech paintjob with their colors. 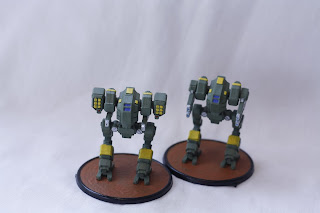 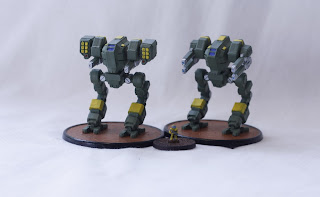 The Roc mechs. Armed with paired missile launchers/DEWs and dual paired DEWs respectivly, the heavies are the biggest of the new Zephyr forces. The NTC infantry for scale. 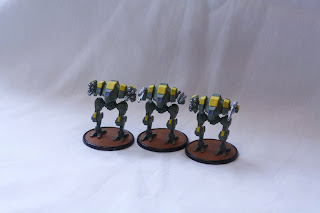 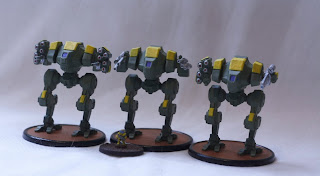 The Goshawk medium mechs. This trio have one each of the available loadouts, missiles/railgun, missiles/cannons and dual paired cannons. Slightly lighter than the Roc, the Goshawk are nontheless heavily armored for their size and therefore not much faster.
The NTC infantry for scale. 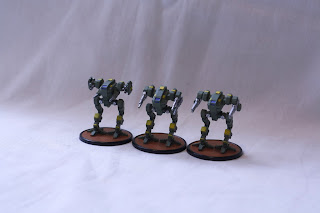 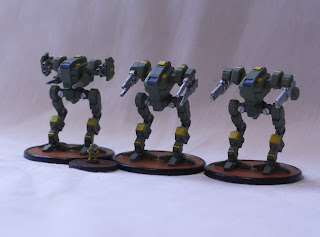 Last of the new reinforcements are the Raptor Mk II. The lightest of the three, they are a radical re-design of the smaller raptor mech. Armed with either a paired missile/DEWs, dual paired DEWs or dual railgun, the Mk IIs are packing a mean punch for their size. Less heavily armored and smaller than the rest, the Mk IIs are faster and more agile than their companions.
The NTC infantry for scale.

The Critical Mass (now Ral Partha Europe) arc fleet combat walkers is another set of minis I've had for quite a while, but never got around to doing anything with. During the summer I had the idea to make them into smaller mercenary mech companies for various games.

The full combat walker lance of the as of yet unnamed unit. 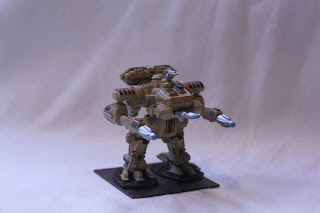 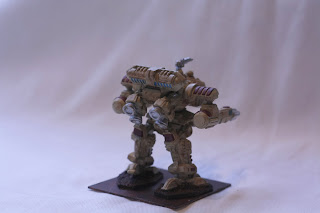 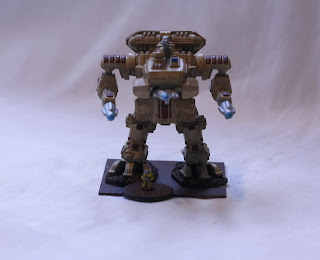 The heavy support mech. With dual energy cannons in the arm mount and a energy repeater/auto-cannon chin-mount as well as a pintle-mounted machinegun, the support mech can lay down devastating amounts of fire. The mech also have jump-jets to quickly be able to reposition itself.
Again, the NTC infantry for scale. 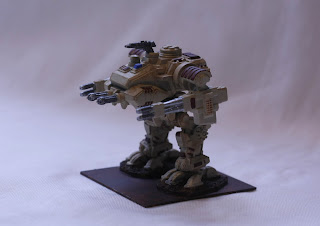 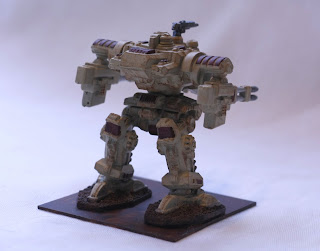 The remaining three units are all of the same loadout. With a dual-barrelled autocannon in each hardpoint and dual chainguns in the chin mount, they are quite well-rounded even if a potential weakness is their need for ammunition unlike their support mech.

A second set of Critical Mass mechs, from their Mercenaries range. 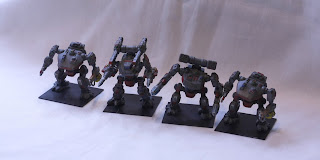 Also a full lance, these mechs are part of the Warg Industries merc company. There haven't been much seen or heard from them since the NIJA decided to step into most of their conflicts directly rather than keeping the mercs on payroll. But now they are back, in stompy robot glory no less! 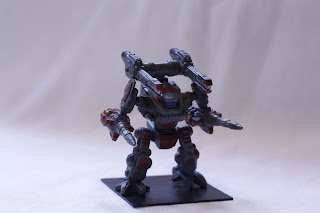 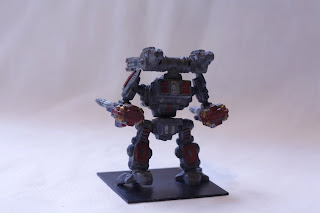 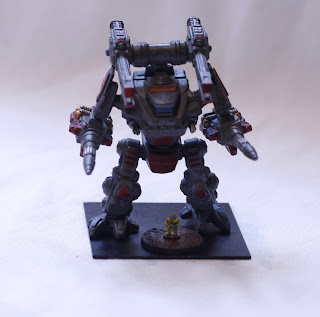 The Vanguard is a frontline mech carrying a lot direct fire weapons, with heavy lasers in both arms, a pair of rotary cannons in the torso as well as a shoulder mounted linear cannons. This allows the mech to put impressive amounts for fire down range in a short amount of time and keep that pressure up. Again, the NTC infantry for scale. 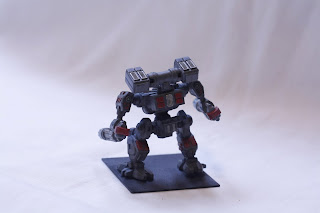 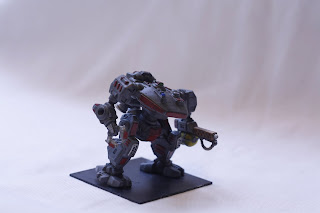 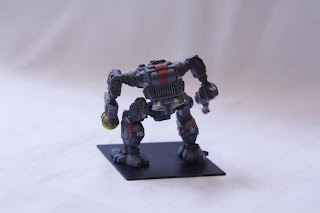 The last pair of mechs are both of the Ravager assault class. A close combat fighter, these mechs are equipped with jumpjets to close with the enemy. Once there the powerclaw and flamer will burn and rend any unlucky targets.

Last but not least (even if they are indeed the smallest) the NTC new arrivals, the Warrior Guardian mech: 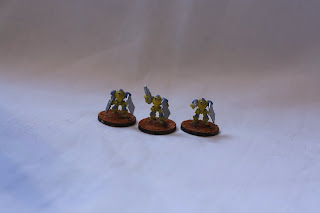 After encountering the SADU EX-01, the NTC realized that they needed to increase the staying-power to better counter the new units. The Guardian is a slightly modified Warrior mech meant to solve that problem, the biggest difference is the newly developed ballistic shield. 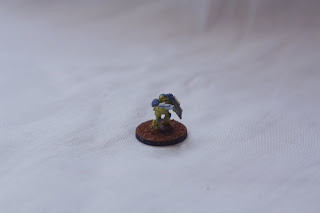 Coated with energy-absoring and deflecting layers on top of several layers of composite and metal, the shield helps defend not only the mech itself, but possibly a close by comrade as well by drawing fire away from them. 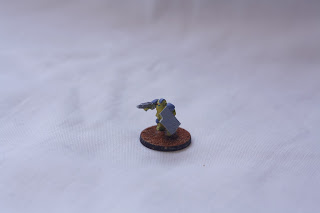 With these additions and modifications, the Guardian is slightly slower than the average Warrior but otherwise is tougher and pack as much of a punch as it's standard model.

That's the bunch for this time!

I have just receieved the hunter mechs from Maelstroms edge and will be posting some pics as I put some together. I have an idea to make a more personalized mech of one of the hunters, to serve as a main character in a short campaign I've been thinking about.

Posted by Alexander Wasberg at 23:59