The Dart Frog lance, what is that then?
Last time I shared some workbench photos of the mechs from Maelstorms Edge, so unsurprisingly they were the next thing in line to be painted.

Since it was to be a merc outfit and they often feel the need to stand out in a already crowded market of hired guns, crazy aliens and others willing to fight others battles for them, I decided that they should have a paintjob that stands out. In combat the active camo and other countermeasures will make the paint of the units less of an issue unless they want to make their presence known of course.

So I decided to give them a highly contrasting color scheme, based loosely on the tropical and highly toxic dart frogs.


And that's why they are known as the Dart Frog lance: 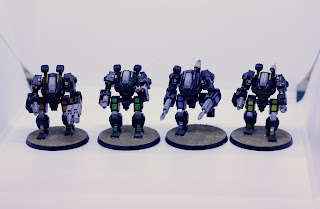 The full lance of 4 mechs. Bought at an auction for surplus military hardware, the team spent a few months and not unconsiderable amount of credits to restore the mechs to working order. 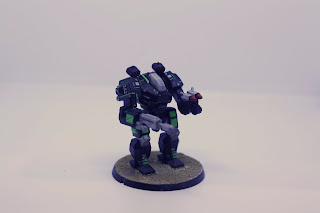 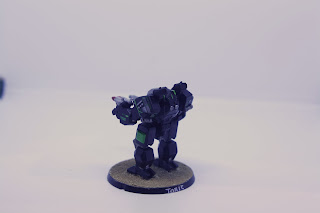 The first of the lance, the same mech that I showed off last time, callsign Toxic. Equipped with an autocannon, double sets of swarm rockets and a pair of anti-armor missiles, it's ready for any number of different missions. 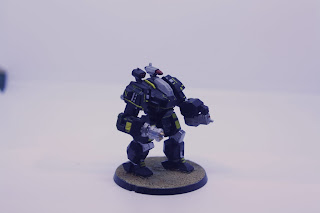 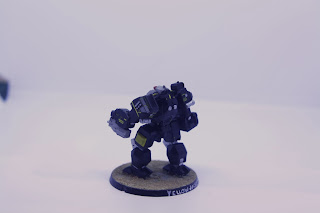 Yellowjacket is the callsign of the second unit. Modified to carry a machinegun/laser combo attached to the left arm, a DEW on his right and one each of swarm rockets and anti-armor missile on the shoulder hardpoints. 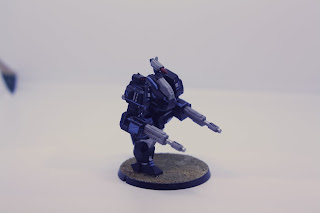 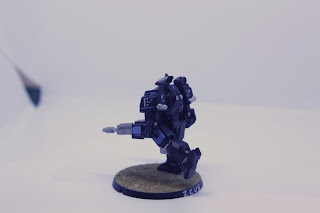 Bringing the long-range fire support is callsign Zeus. With a pair of autocannons and a mixed set of rockets this mech is perfect to keep enemies at arms length. 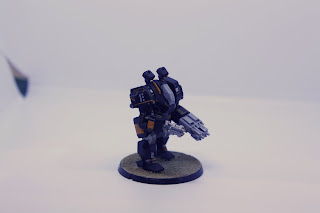 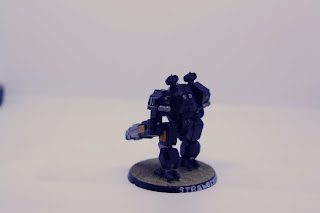 Finally there is Strawberry. Equipped for close assault with the combo of rockets, a pair of machinegun/laser mounts and a DEW, this ensures that anything in close proximity is in serious trouble.


That's the first four mechs all done. I have some ideas for the remaining two but I'm unsure where they will end up.

I just got my order from Blotz.co.uk, so I will have a few new buildings to show off in a while.
I tried some house rules for Horizon Wars to make all-mech battles closer to my perfect idea of a ruleset, I hope to post my findings soon.

Til next time!
Posted by Alexander Wasberg at 21:39