Continuing on from the last post, I've mostly just kept going trough my backlog of built-but-not-weathered Gundam kits. I'm soon at the point where I have enough finished that I am starting to look at various options to have the Zeon and Federation fight it out!


First out is a Zeon MS-14F Gelgoog Marine: 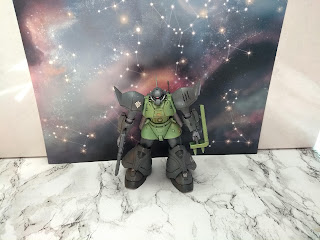 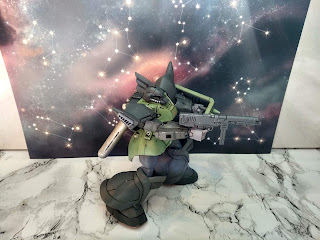 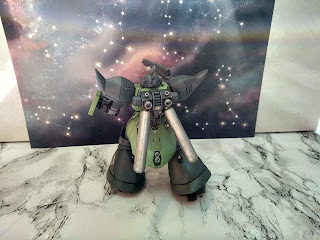 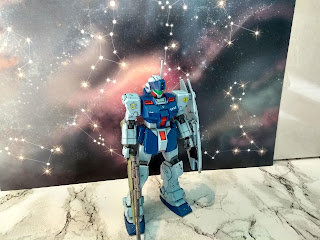 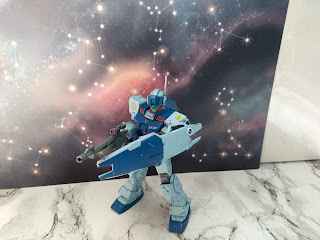 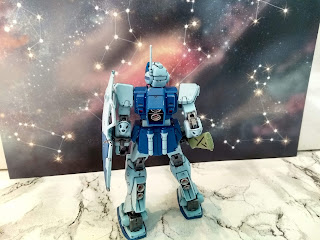 Back to Zeon again, a MS-06CK Zaku Half Cannon: 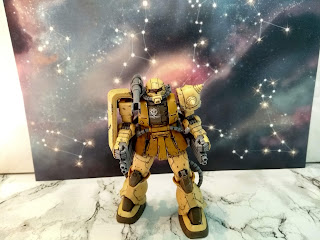 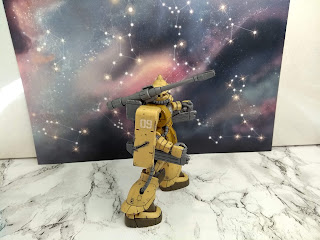 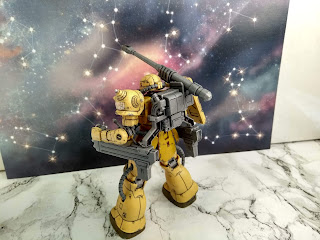 And the final mobile suit for the day, a ESFS RGM-79 GM Command: 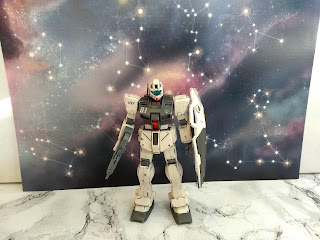 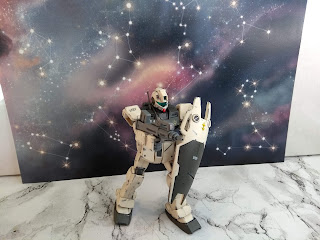 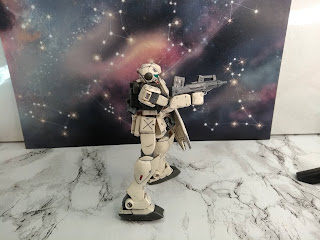 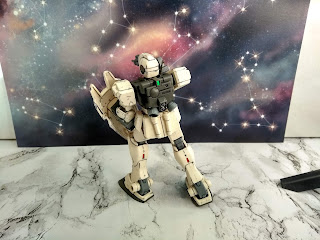 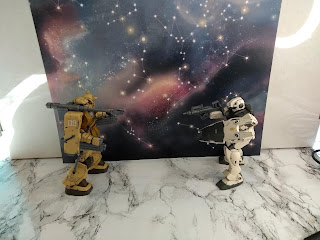 Thats all the finished Mobile Suits I had to share at the moment, but more are of course in the works!
Just a few days ago I received this: 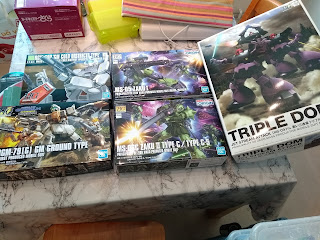 So there are some more mecha coming, but first I need to finish up the ones I already built!

A bit banged up

During the course of the last few weeks I've been trying my hand at weathering some of the ever-increasing number of Mecha models I keep getting.

Both kits I've managed to finish so far are Gundam Mobile Suits from the UC-timeline: 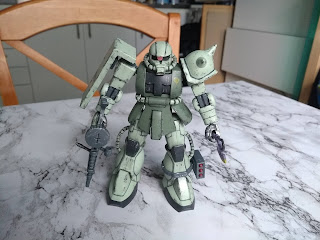 My first try was this Zaku II. Being an older kit, it didnt have as many panel lines and detailing as the later kits, but I tried my hand at scribing some new lines. I'm not sure about the result, but for a first attempt the weathering and new lines are acceptable I hope.


This next one is a GM type-C. With this one I actually managed to remember to photograph the kit before any weathering was attempted, so there is simething to compare with! 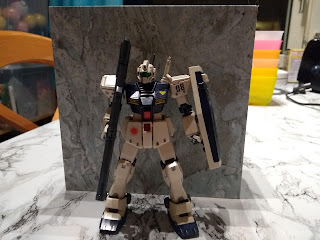 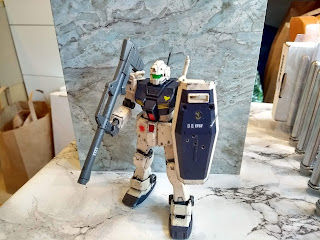 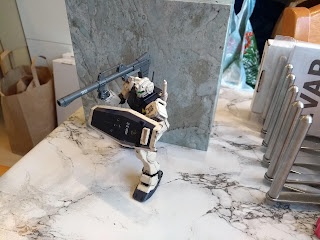 Still not the greatest at this, but I hope to get the hang of it as I go along..

I also set up a small fight scene on the kitchen table so you can see both kits in the same shot: 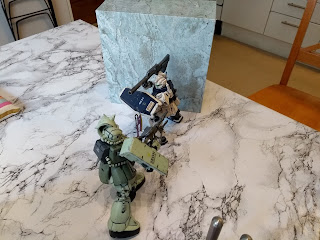 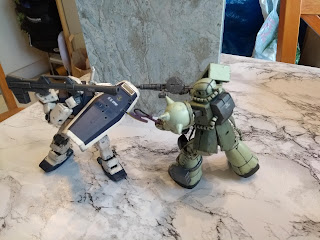 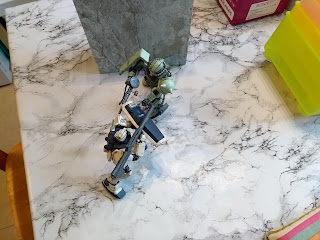 That's all for today, I'm working on another kit at this time and will probably post it when I manage to finish.

Til next time!
Posted by Alexander Wasberg at 22:33 2 comments: