Bitten by the Gruntz bug and some more Space Opera

Having been inspired by all the postings of gruntz armies by fellow gamers over at 15mm SCI-FI, I felt I needed to contribute with some posts of my own.

In the first of what might be several posts, we have the first part of the 5th Golgoth Invasion Fleet: 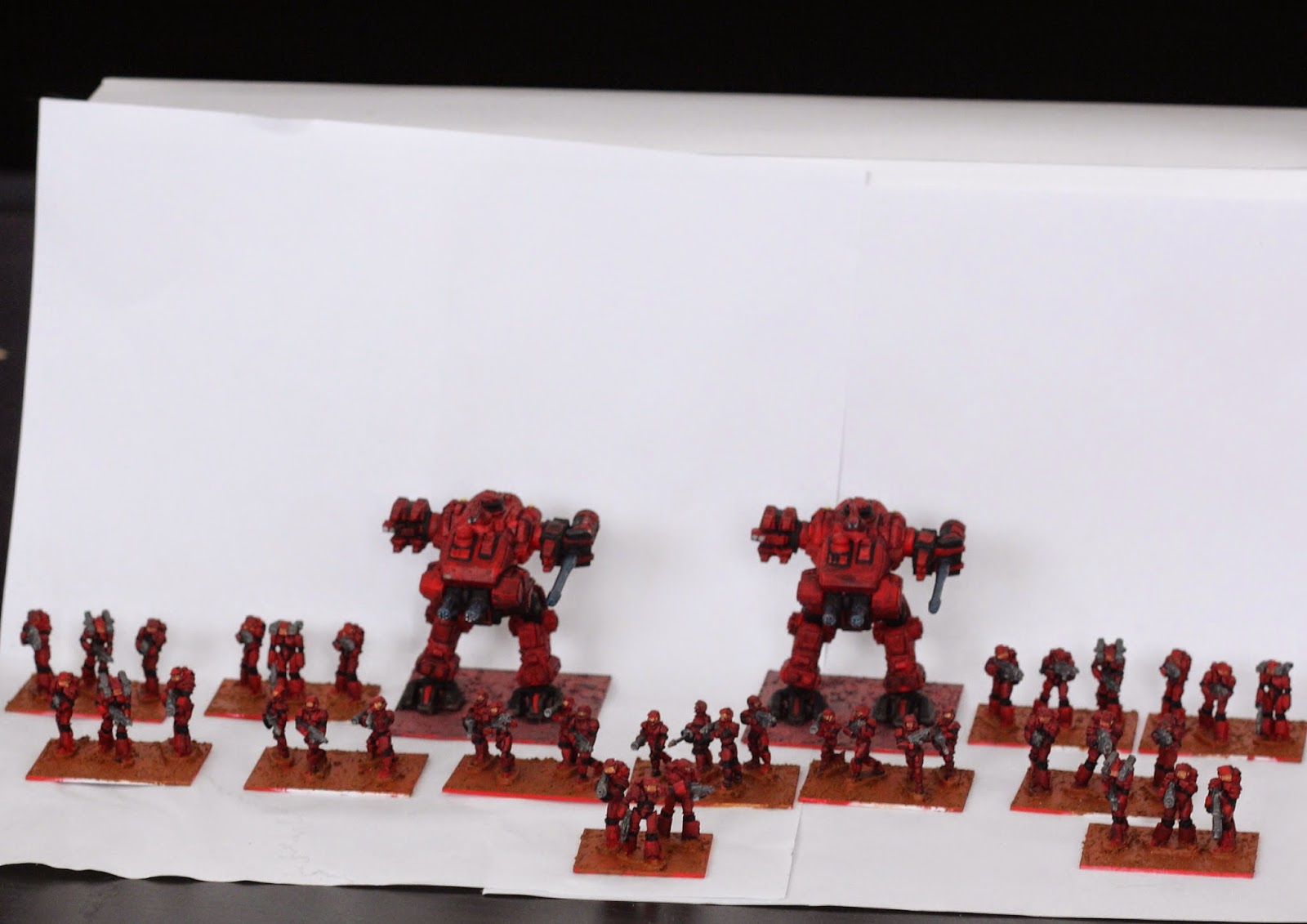 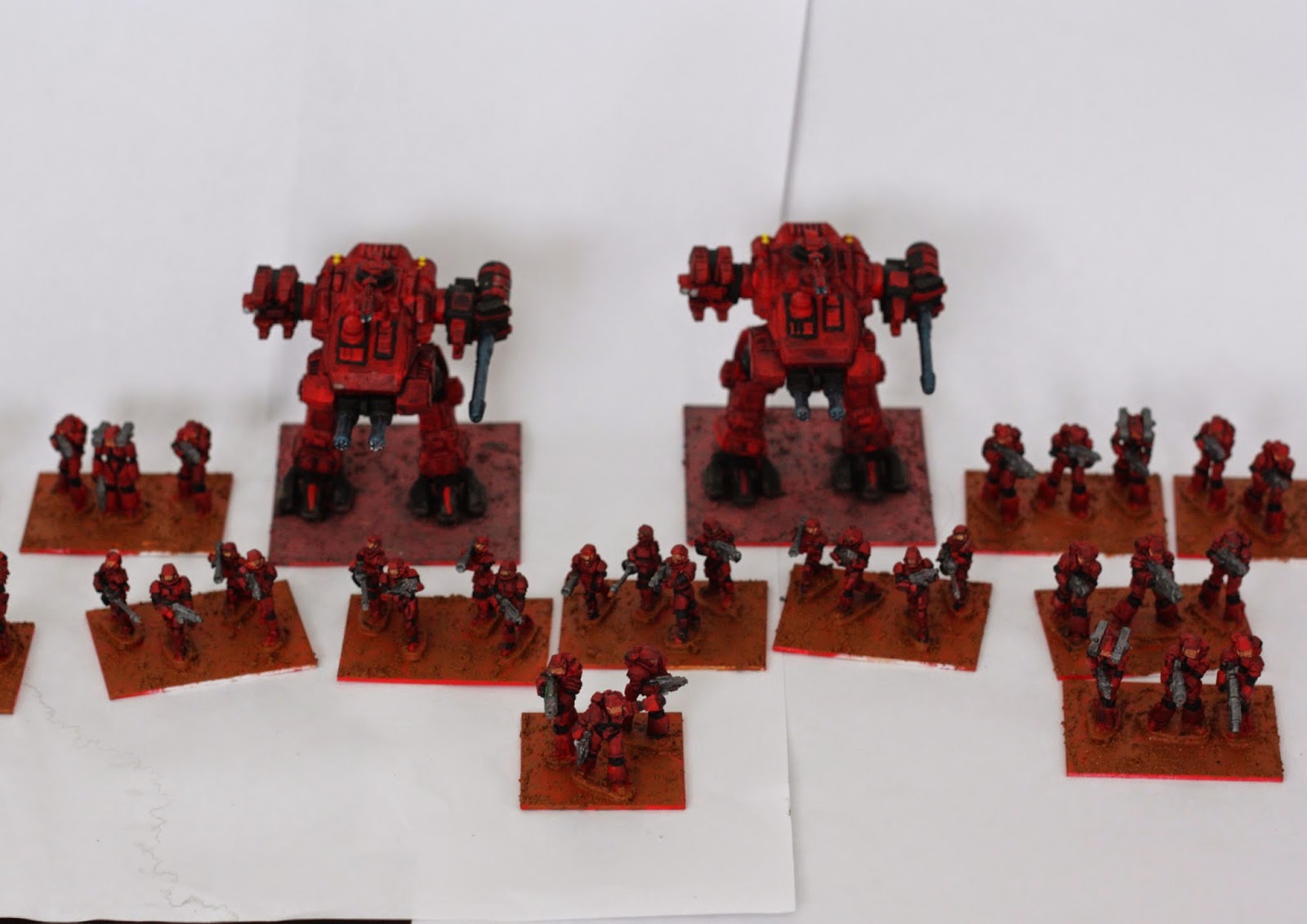 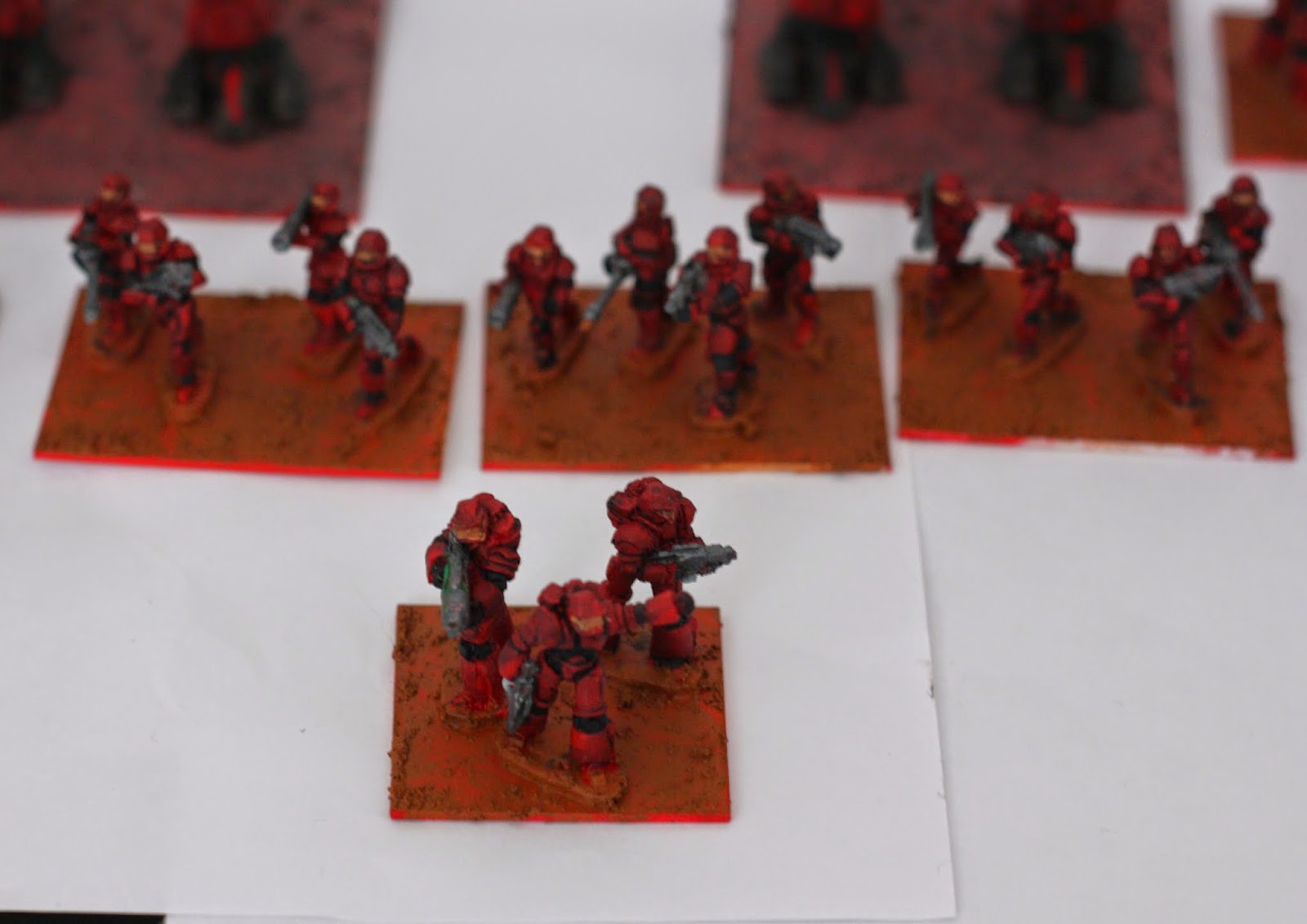 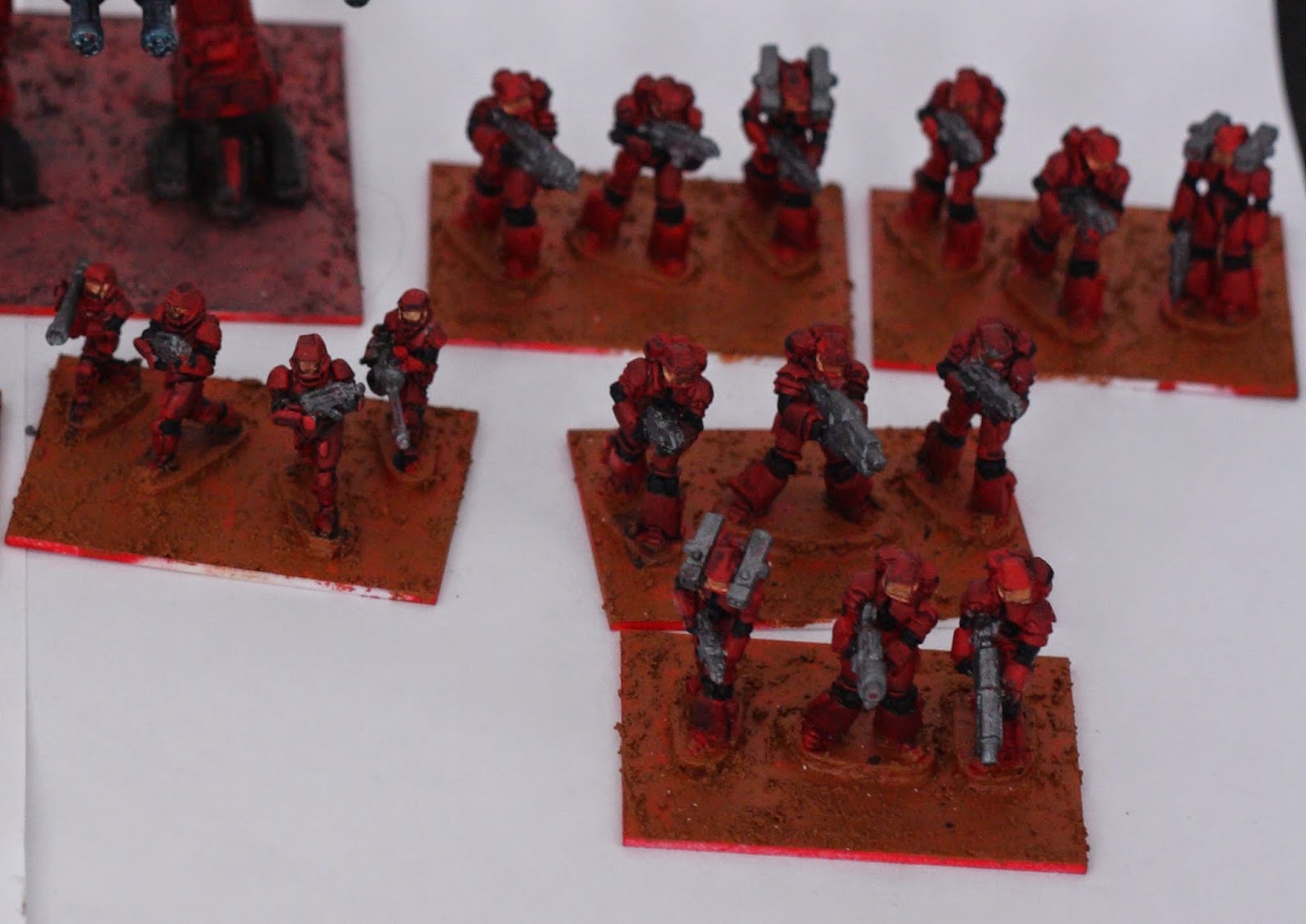 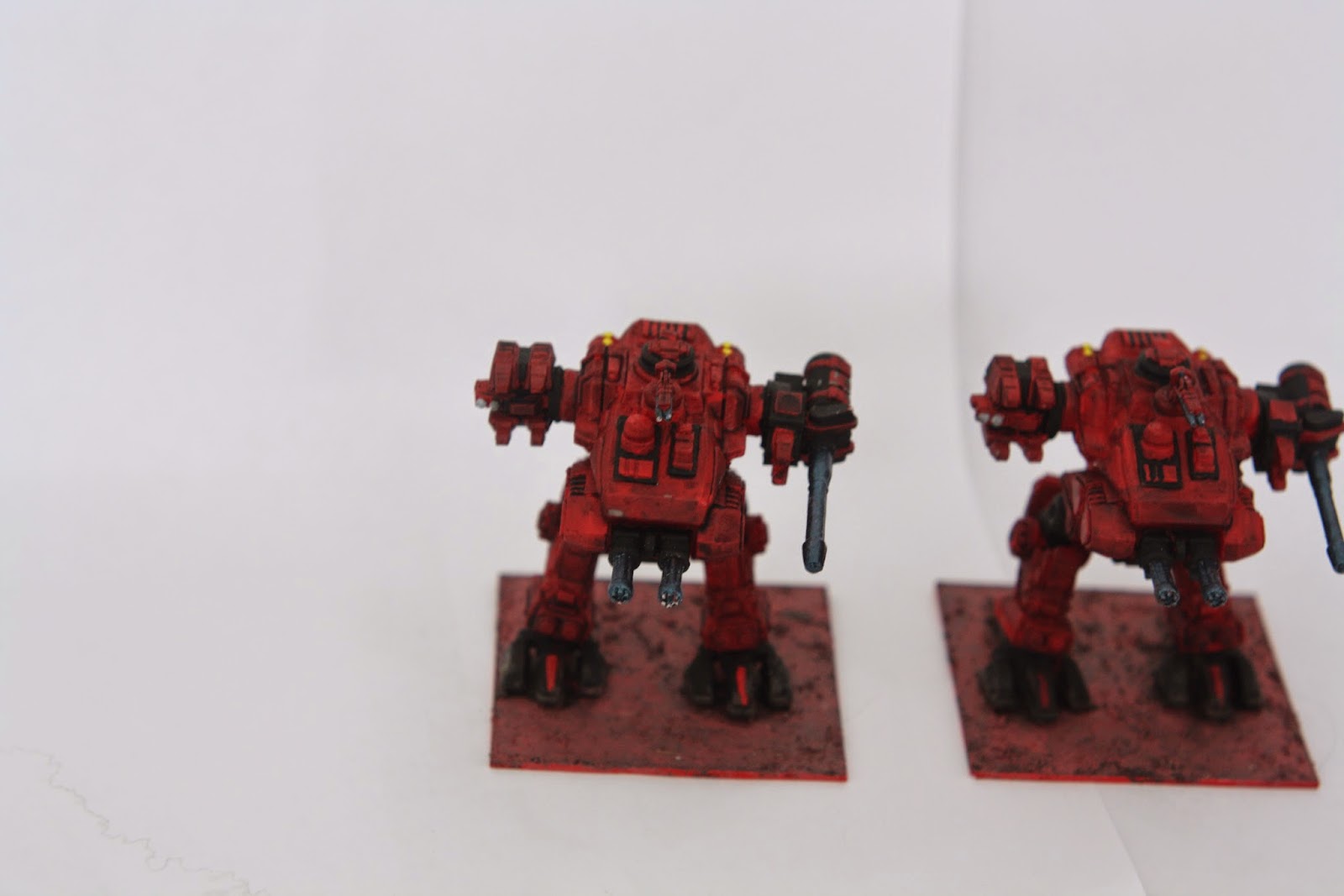 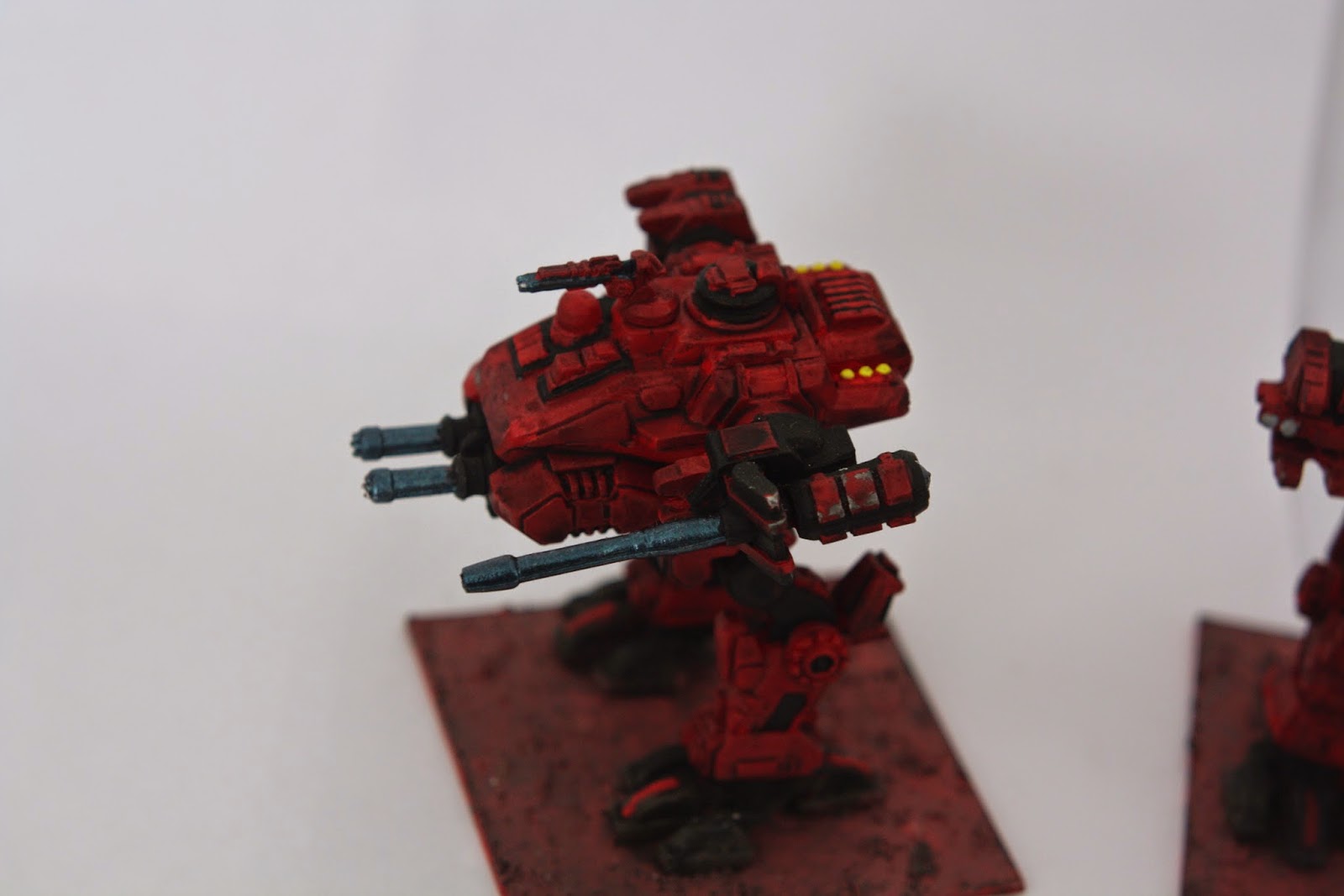 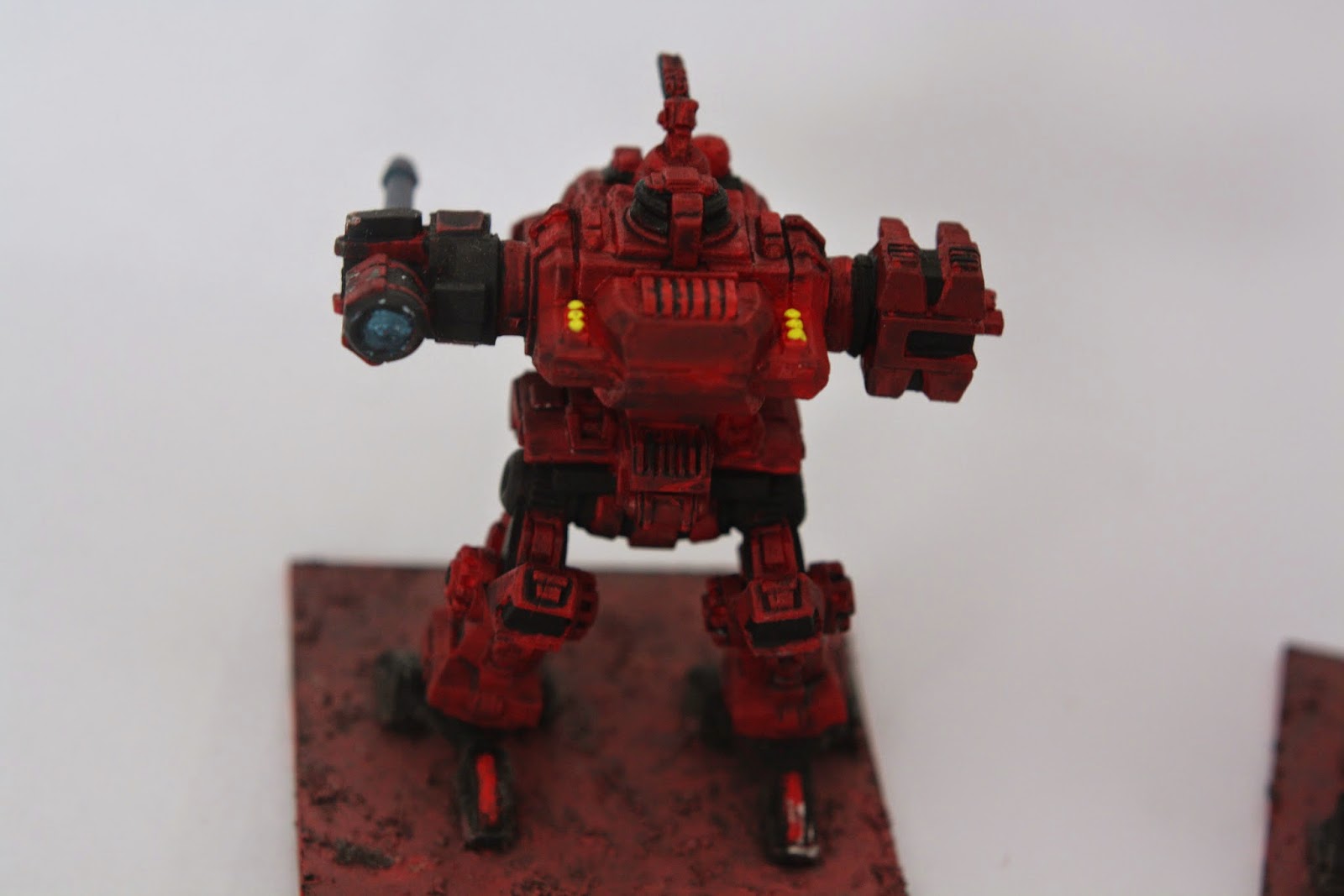 The Golgoth 5th is the advance force decending on the United Systems(shown in the very first post on this blog) in my gruntz-verse, seeking revenge for the US attempts to re-incorporate their Worlds into it's fold.

Since their inception, the Golgoth navy has always been the stronger of their military arms, due to the constant assaults from the US navy. In planetary assaults the use of Heavy Drop Infantry, as well as Power-armoured Augment troopers, allows the Golgoth infantry to be deployed anywere on a target world as needed.
Supported by heavy walkers, as well as more traditional tanks, apcs and guided missile artillery, the fleet  is a mobile force, that can strike quickly at the heart of their opponent.

Tanks and such is in the queue to be painted, with more walkers arriving soon.

On the Space Opera side of things, I have a few things to share, mostly alien or strange: 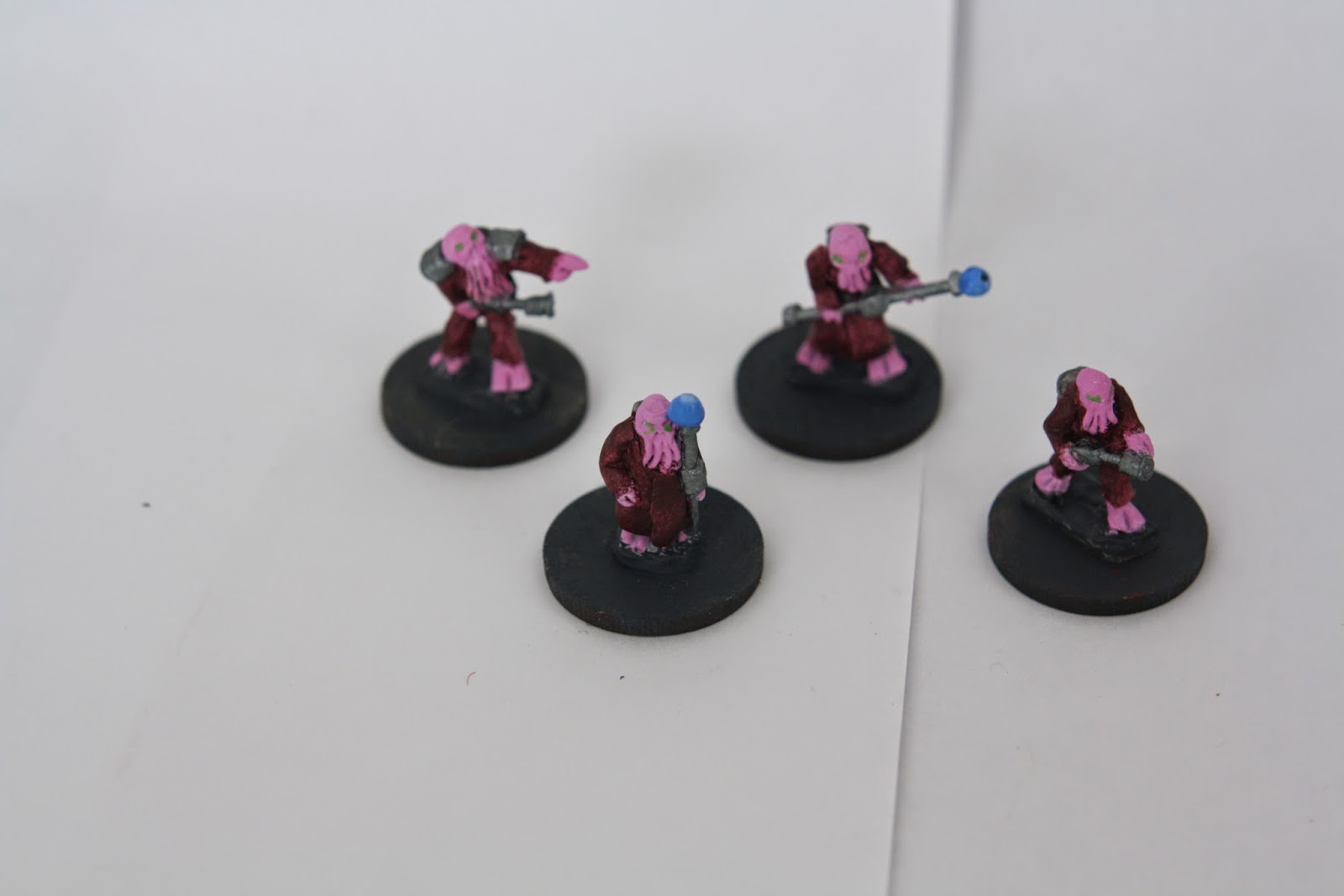 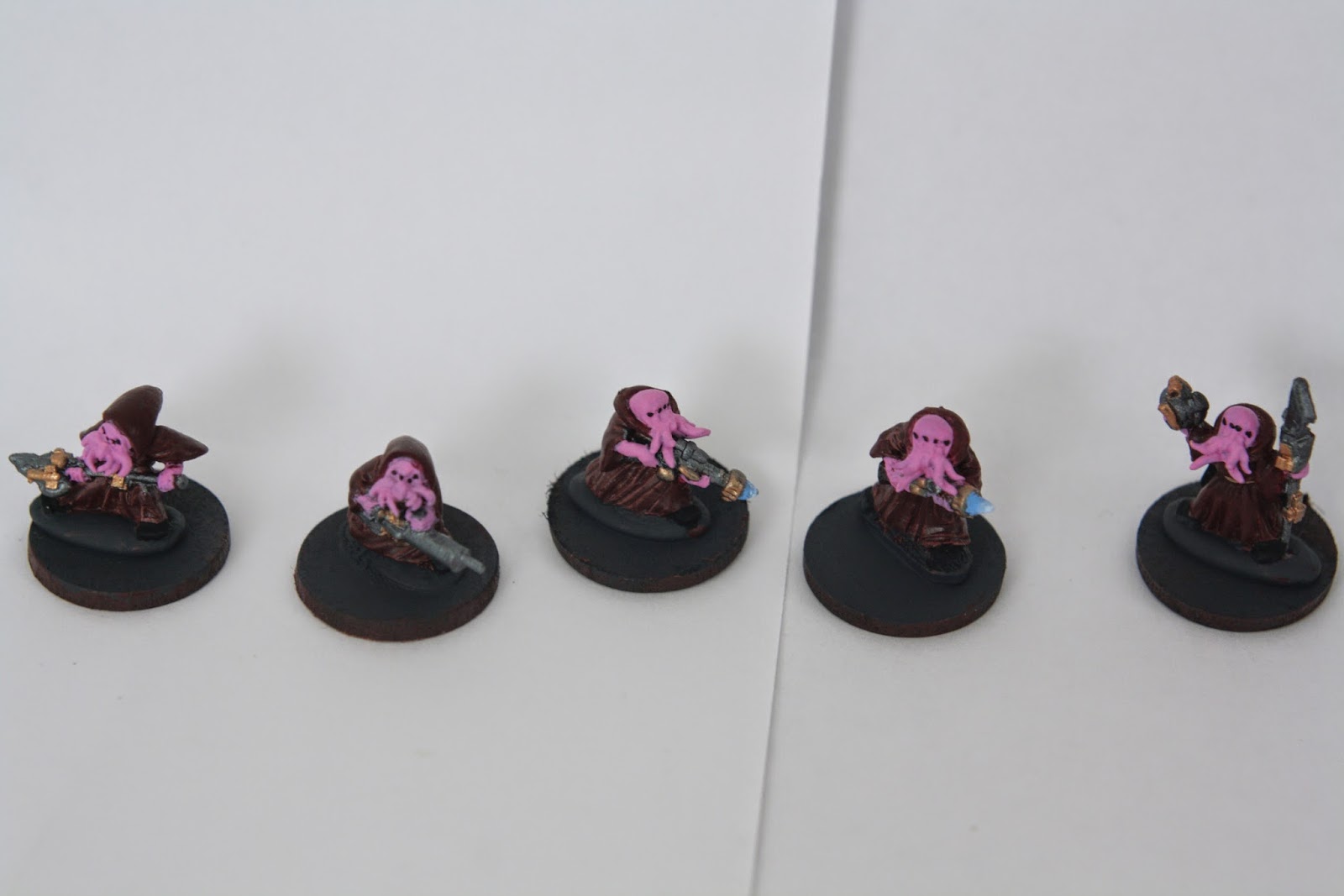 Some Cultists of the galaxy-wide Cult of Andromeda. Their goal is a mystery, since nobody have left the cult(alive at least). Despite several attempts to infiltrate them, no information of consequense has been obtained. 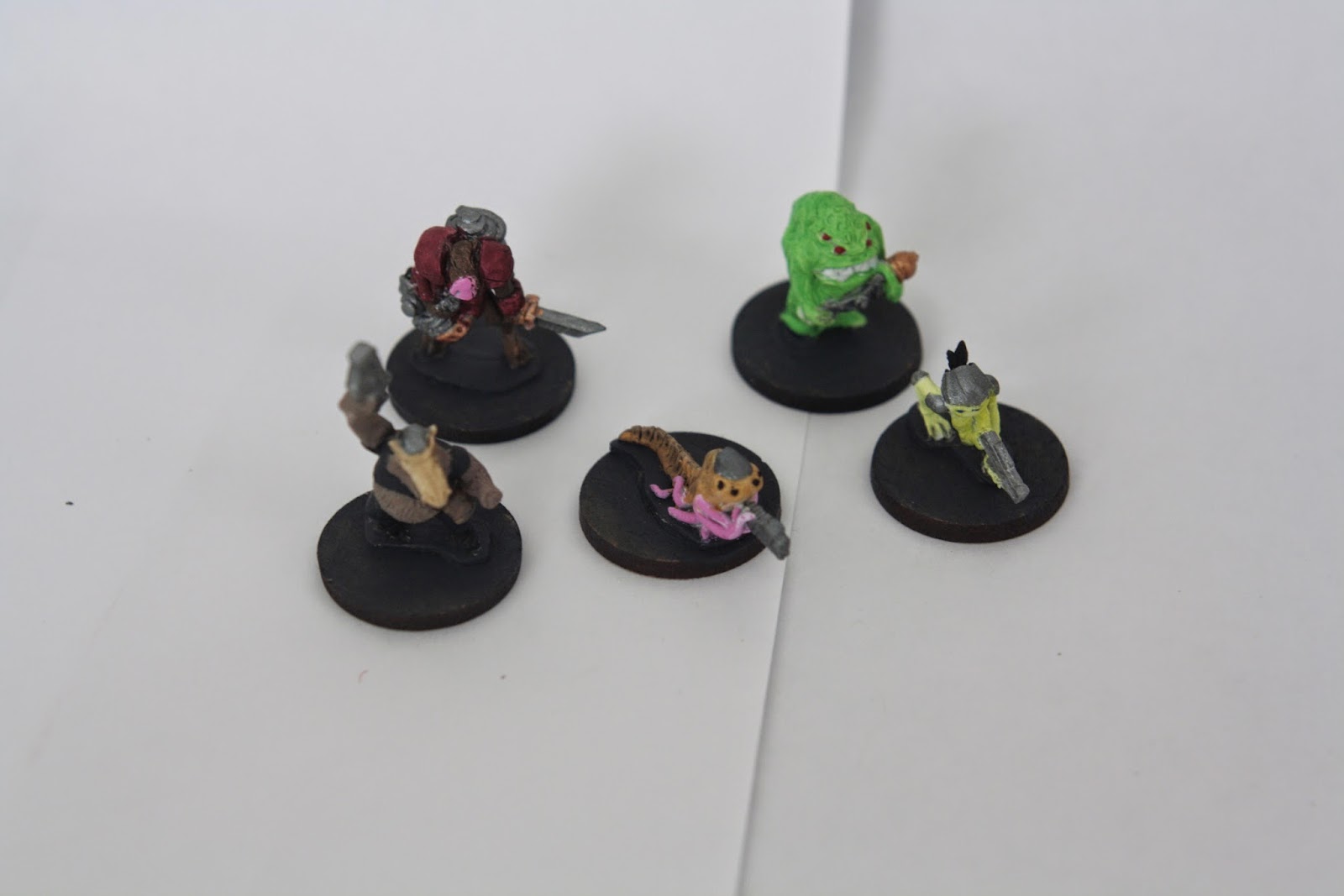 Space has many a place for scum and villany, and humans are by no means the only thugs and blasters-for-hire in it. These Alien fighters could be both friend and foe, it all depends on how Deep your pockets are.. 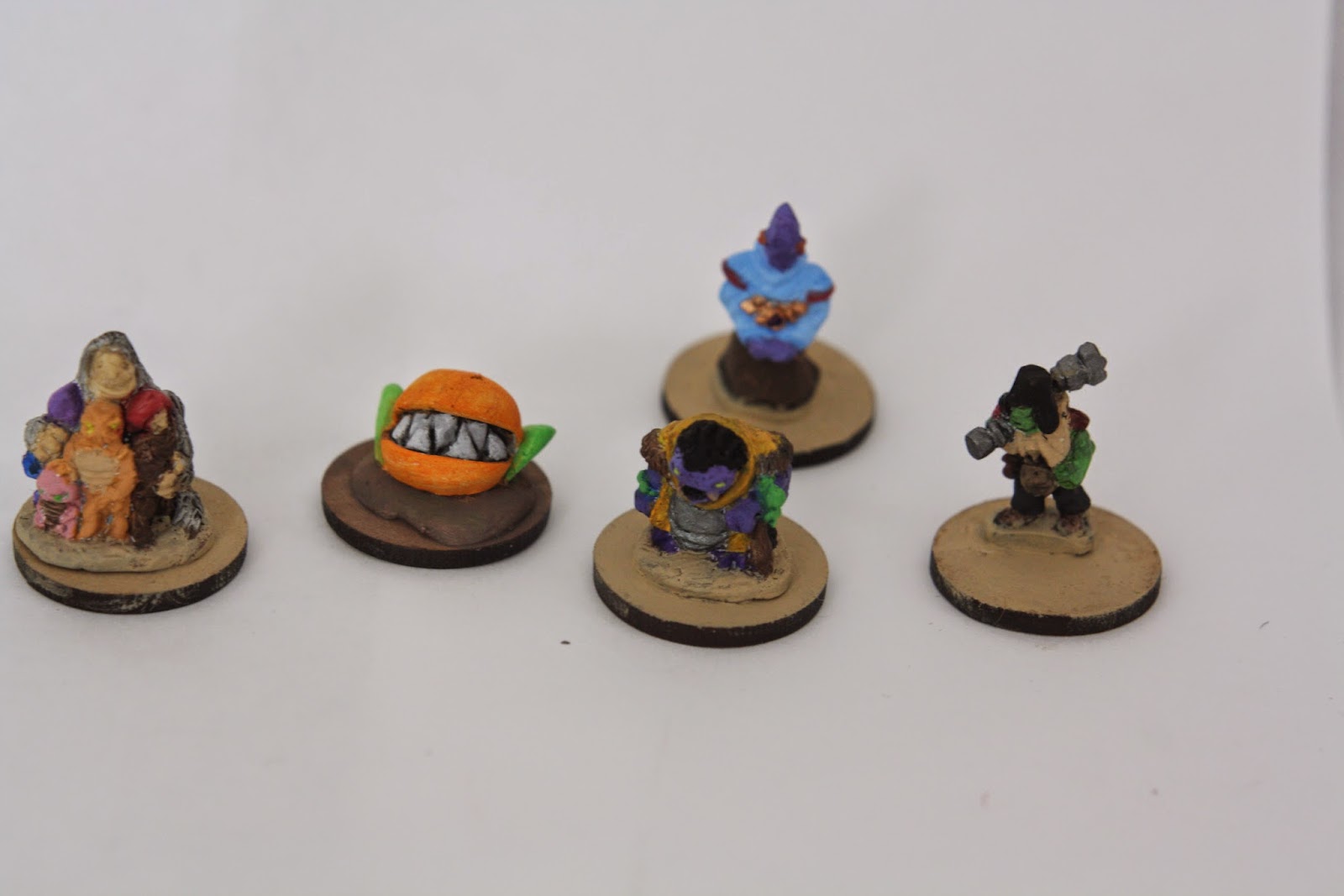 But space, even on the fringe of the known universe, has to have regular people, right?
A bunch of alien Young with their caretaker.
This orange plant-looking thing.. A creature? A Plant? Maybe a bit of both?
An alien emissary or official.
The short man in front, he might be a trader, bar-owner, might even have a job for our intrepid Explorers, who knows?
Lastly a honest working man, a miner, hauler or maybe a mechanic.. 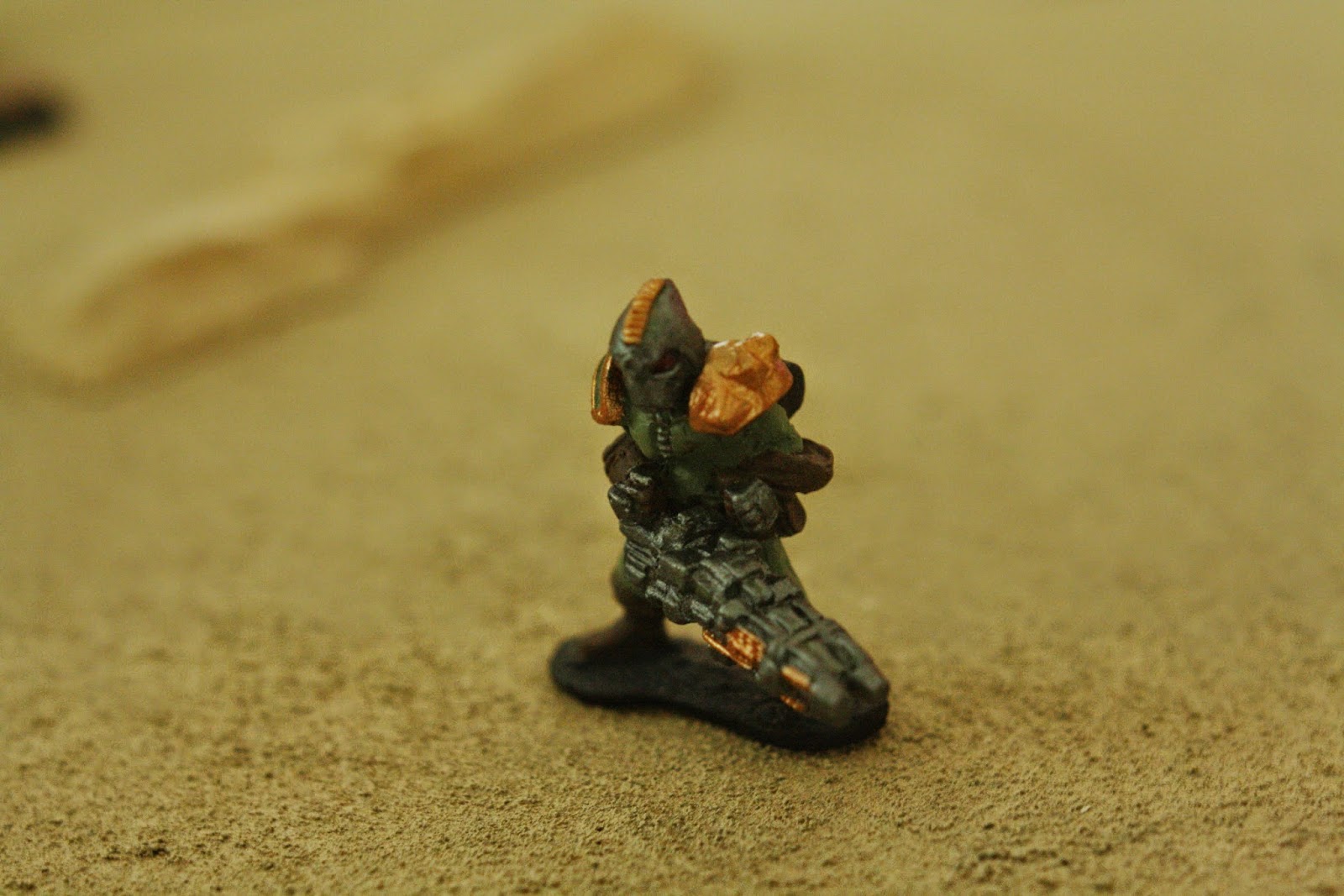 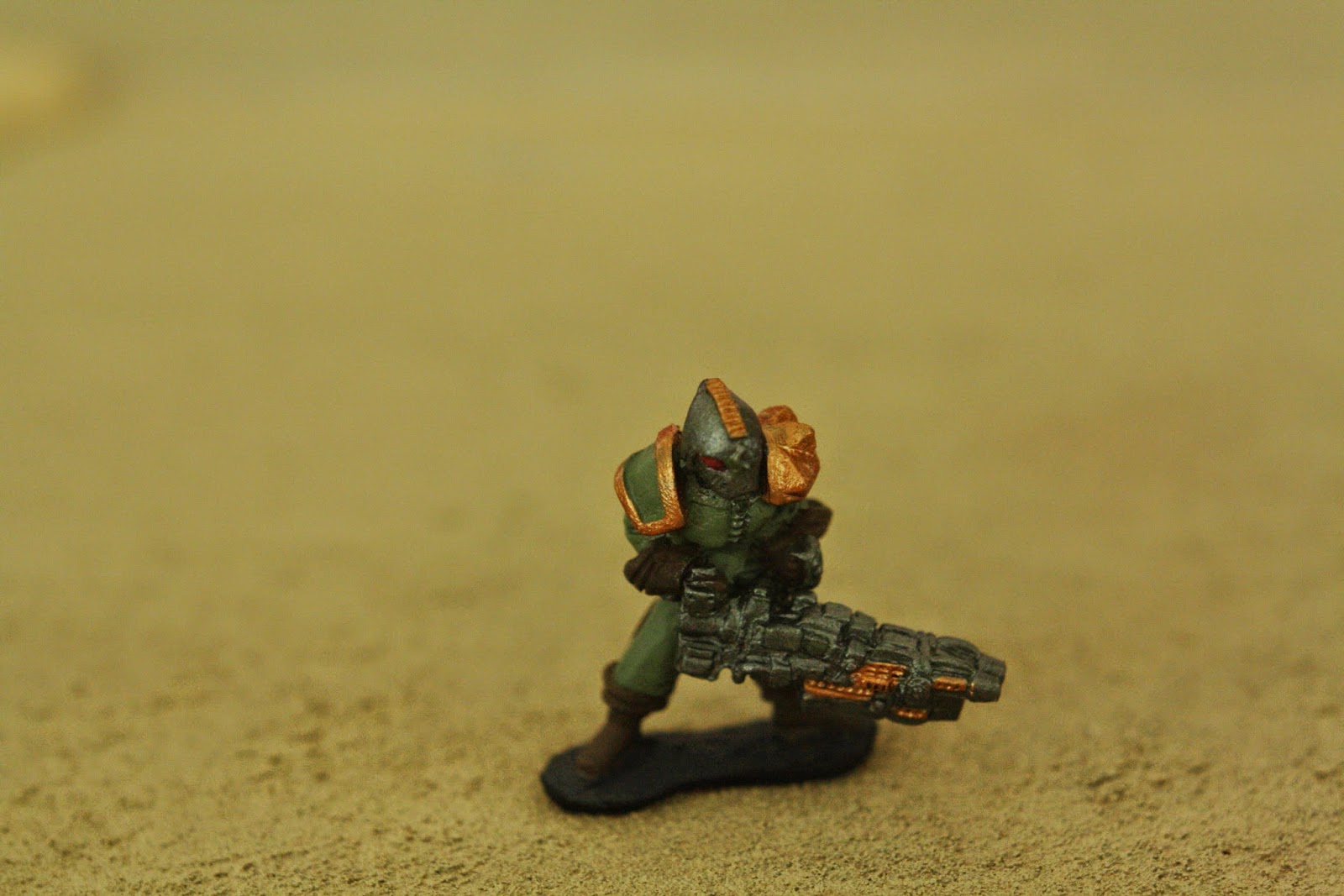 I finished up this Warlord for my Gruntz game!

That's all for now, with the weekend coming up I hope to be able to play a few games, and report back on the progress of armies and lone adventurers alike.
Posted by Alexander Wasberg at 01:14