The police arrive, and some gangers to pester them

While I'm waiting for the Buildings I ordered from Gamecraft, I decided that I might as well paint up some more groups for the CyberPunk/GitS game I intended to use them for.

Here are the results: 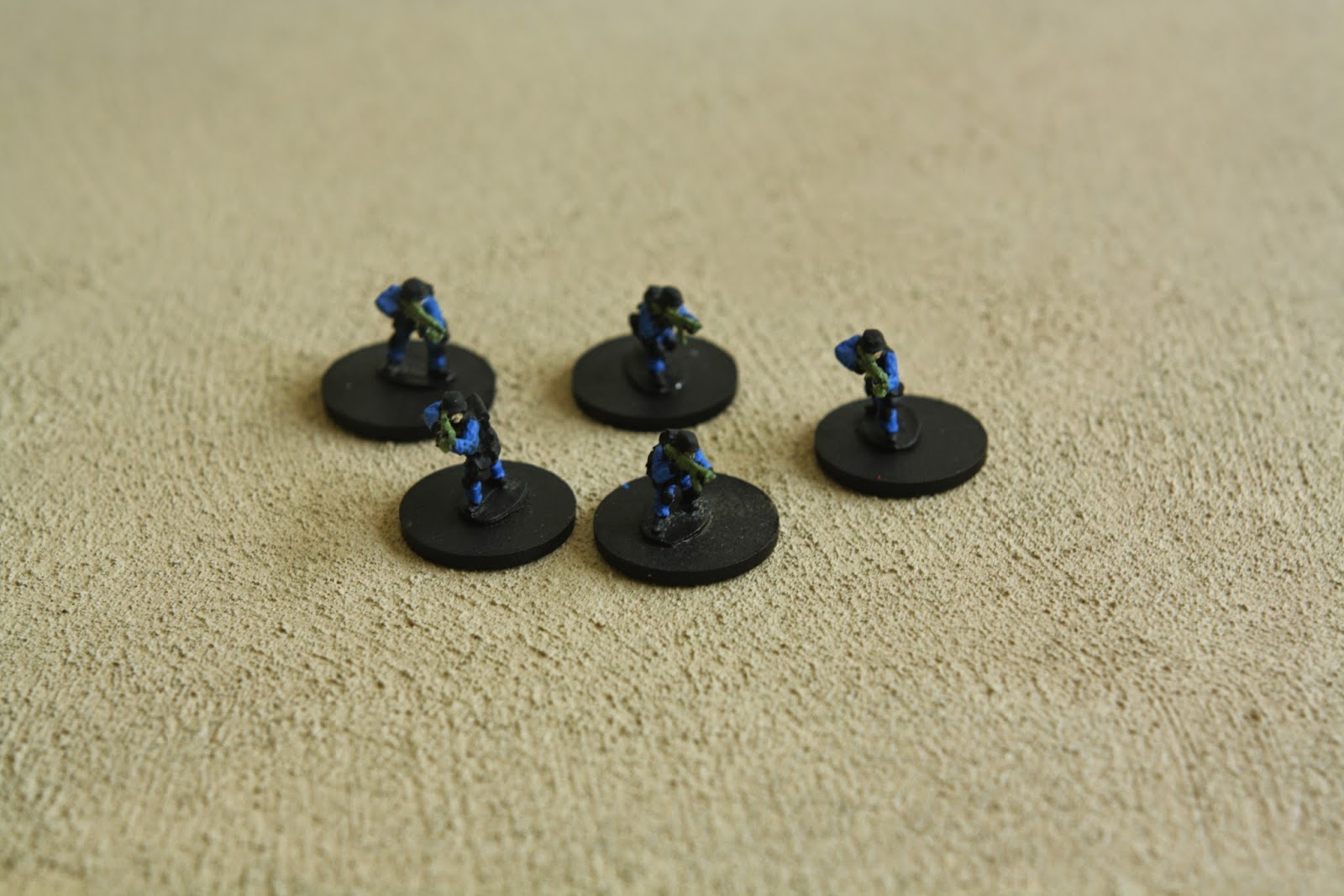 The long arm of the law, the private police force of the city, ESwat. (the name might change) 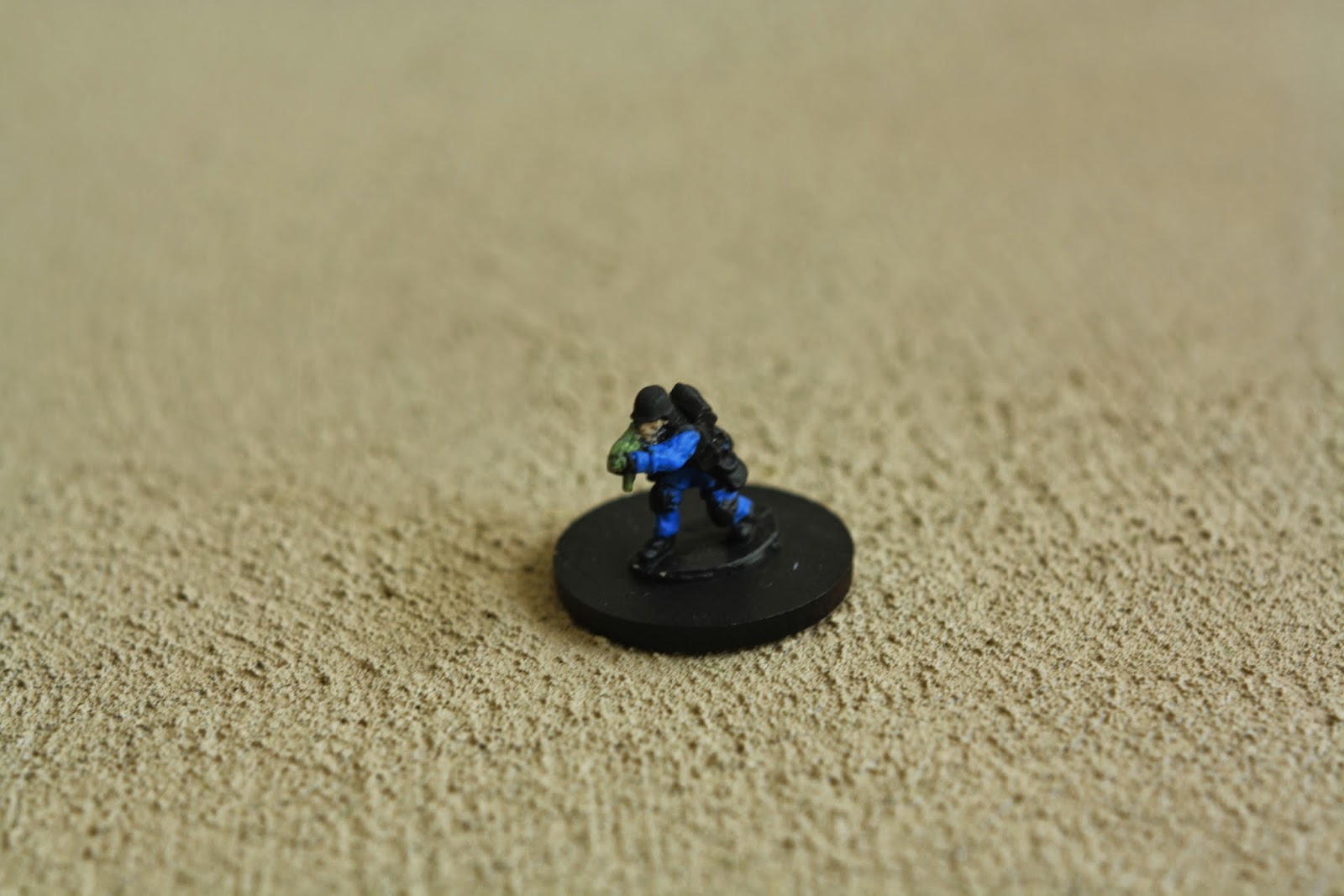 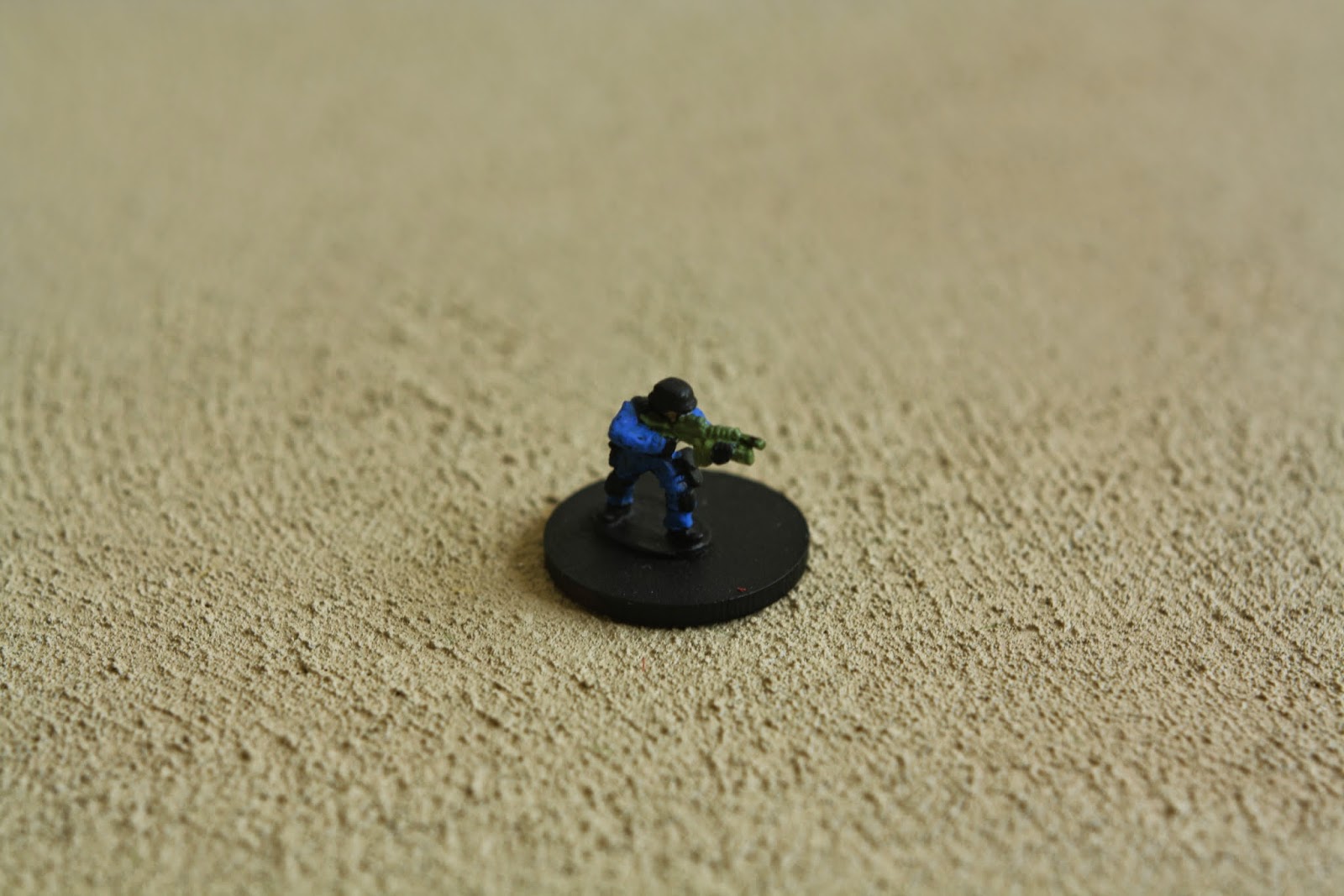 The policemen are equipped with high-density composite armor, with the uniform being made out of ballistic fabric. Their standard loadout is either the H&K KMP-5,a compact sub-machine gun or the Tytn Mk2, a high velocity modular assault rifle.
In addition to this they carry a .45 Tytn auto-pistol as well as a standard issue stun-baton and a set of mag-lock restraints. Though it's not uncommon that the restraints go unused, after all, corpses stay pretty still. 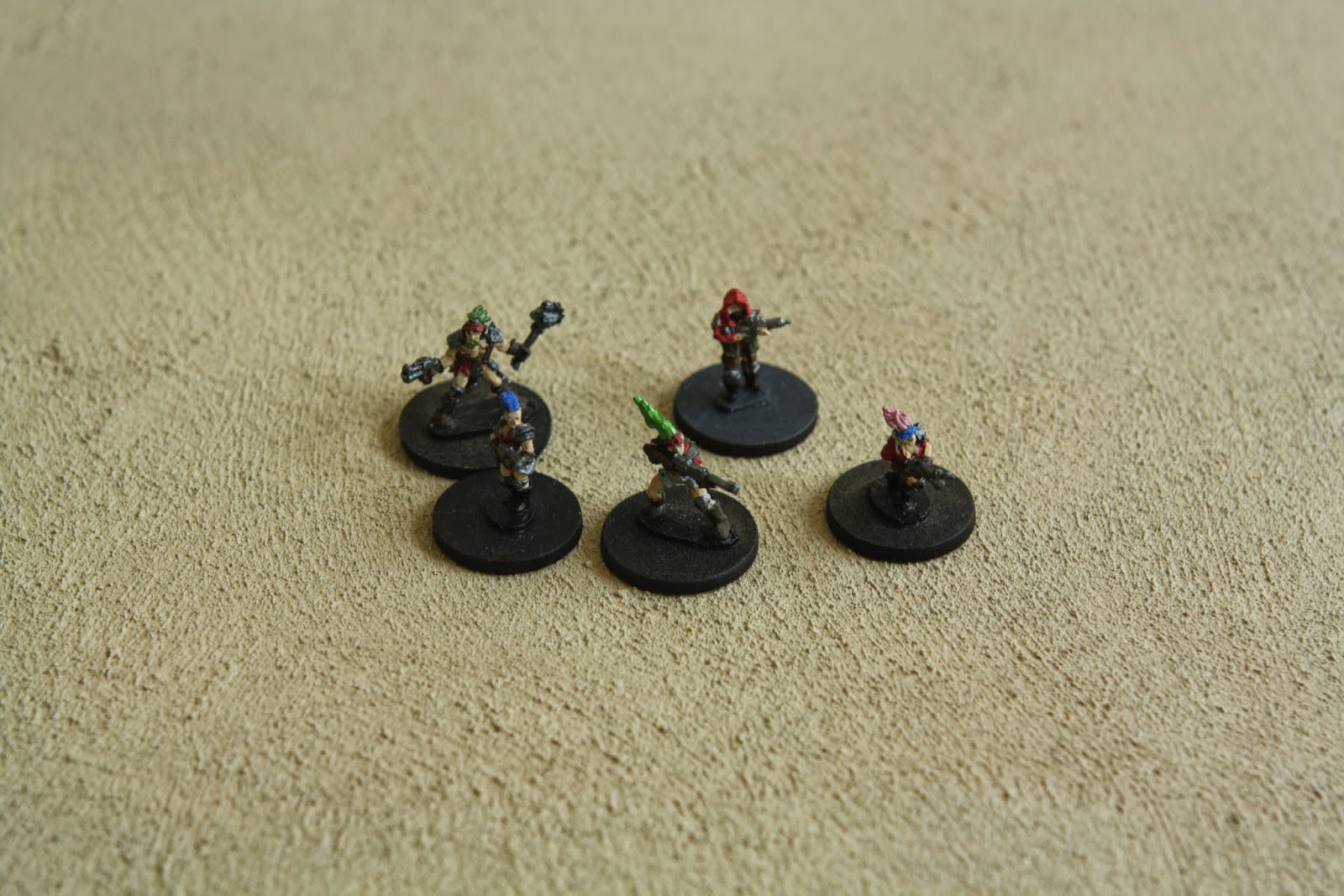 I also painted these gangers, the Crimson gang. A bunch of small-time crooks, they spend most of their time fighting other gangs, and the police are content to let them. They are not above taking contracts however, epecially not if the price is right. 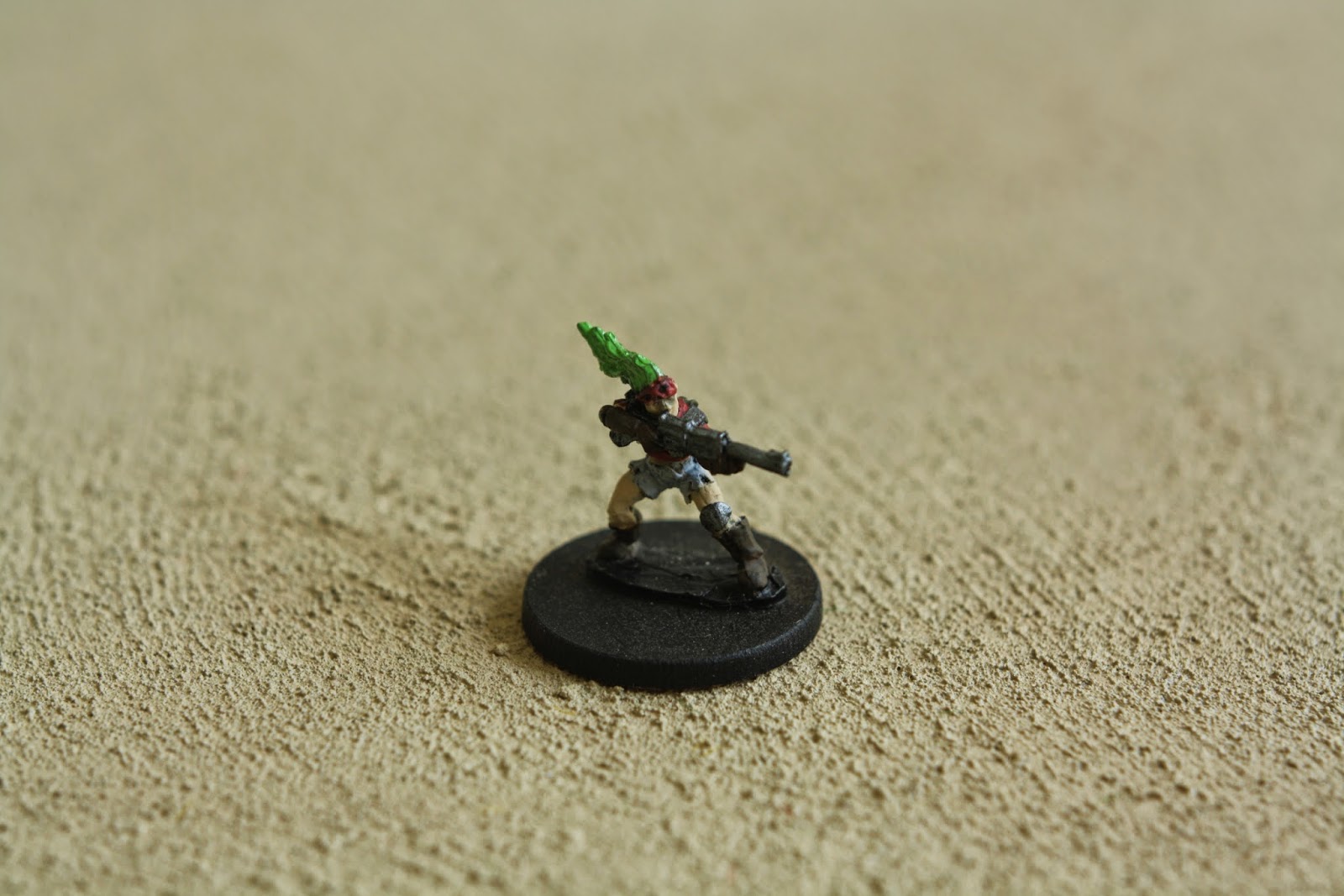 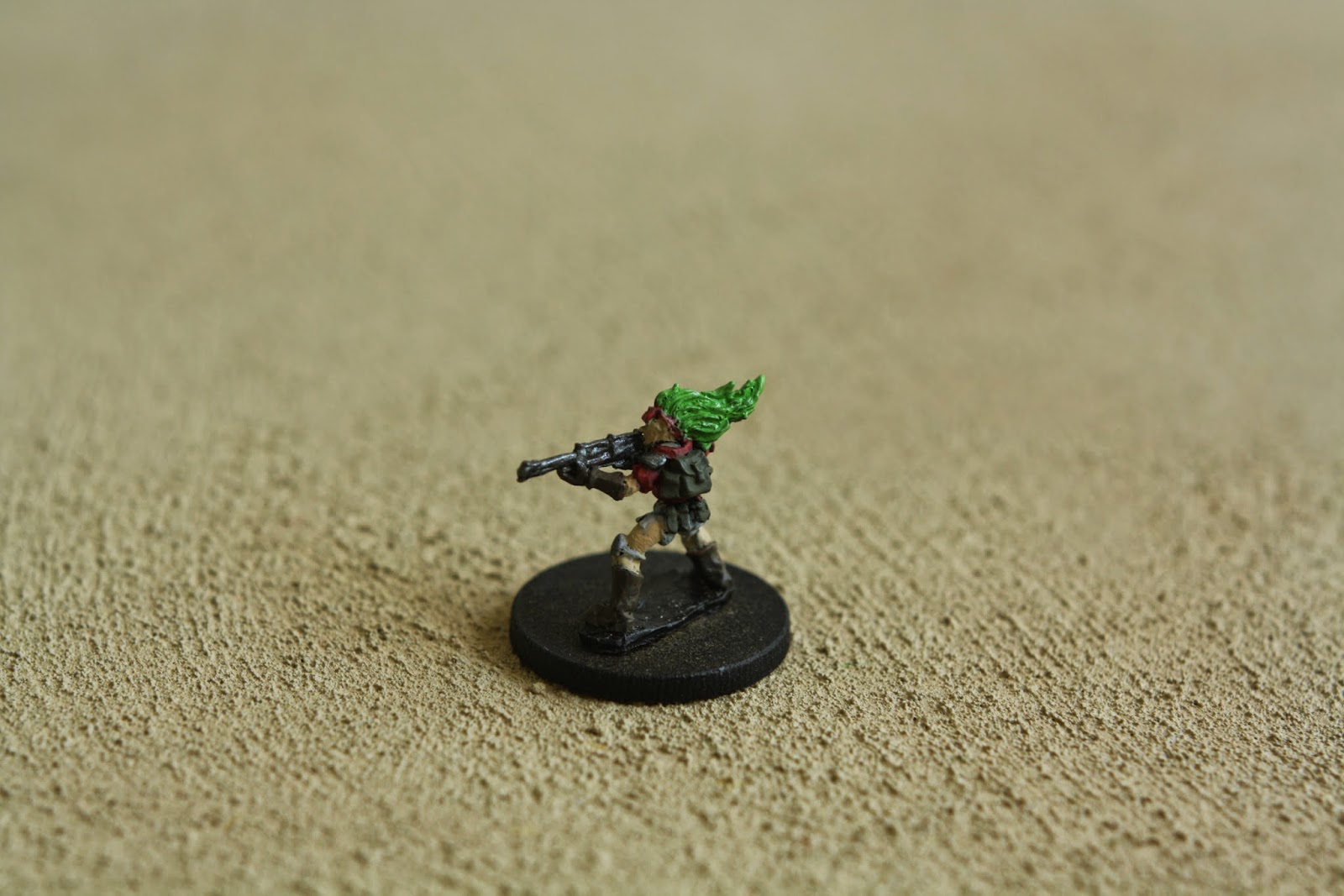 Deadshot is the gang's premier marksman (markswoman?). She likes to brag that she can hit a rent-a-cop in the eye from over a thousand yards. She has a few badges to proove it too. 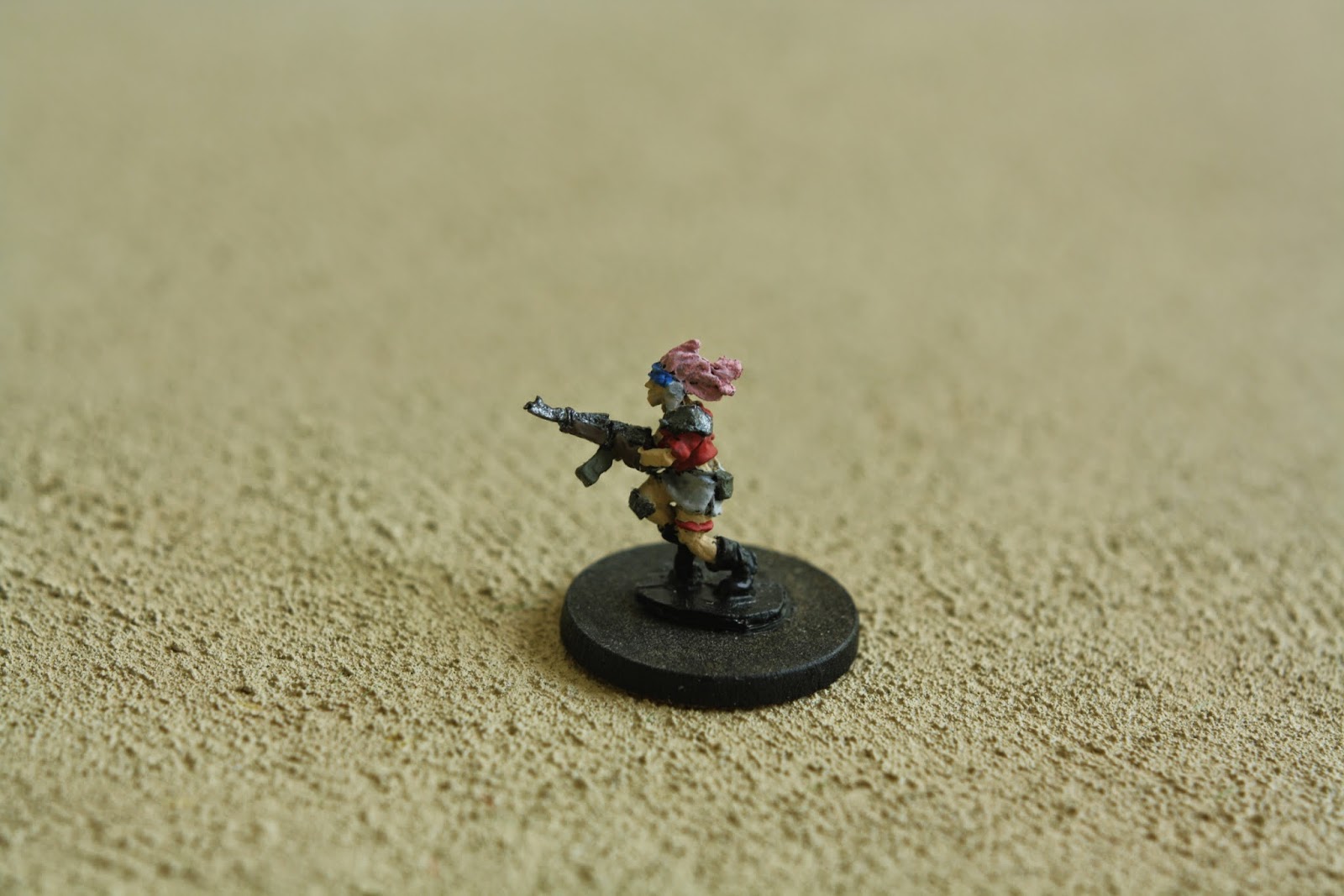 Peach is about as wild as the gang gets, usually thanks to some drug or other. She has a nasty sadistic streak, and most of the time she's the one that leads the charge in the all too common turf wars. 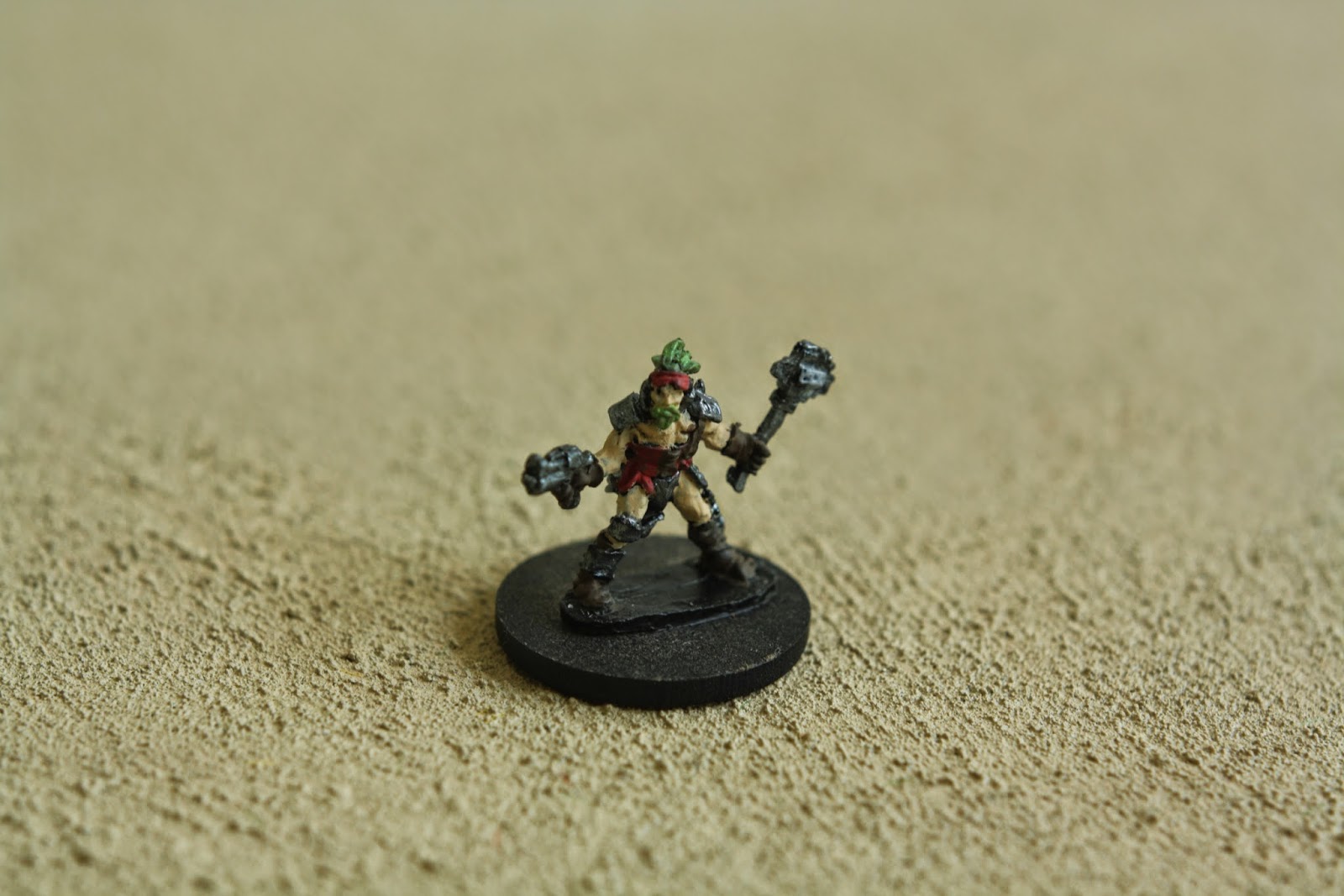 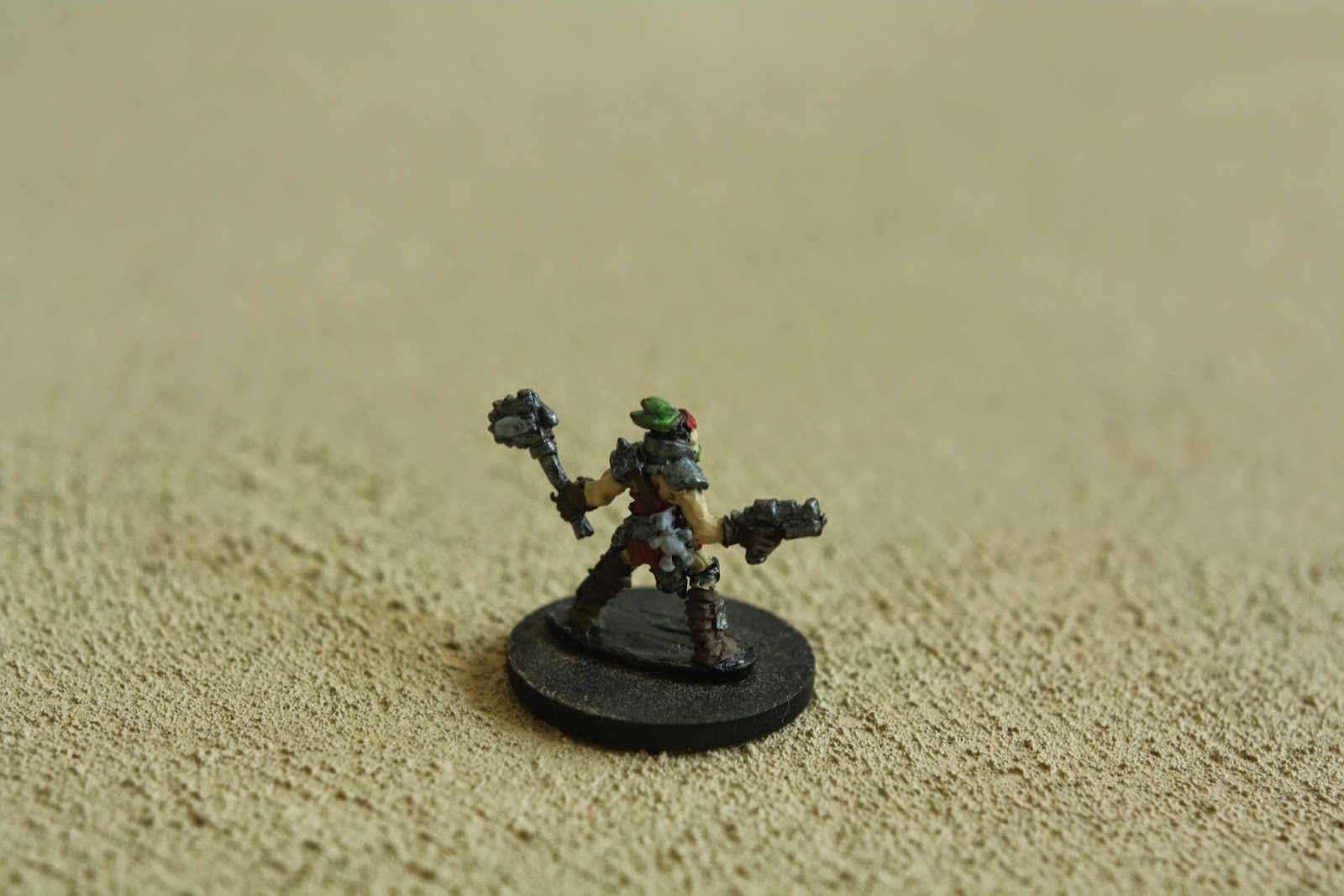 Known only as the old-timer, he has survived longer than most in the vicious streetfights and turf-wars amongst the gangs. This makes him the de-facto leader of the gang, and he's not likely to let you forget it. Under his leadership, they have taken over the territory of several other gangs. 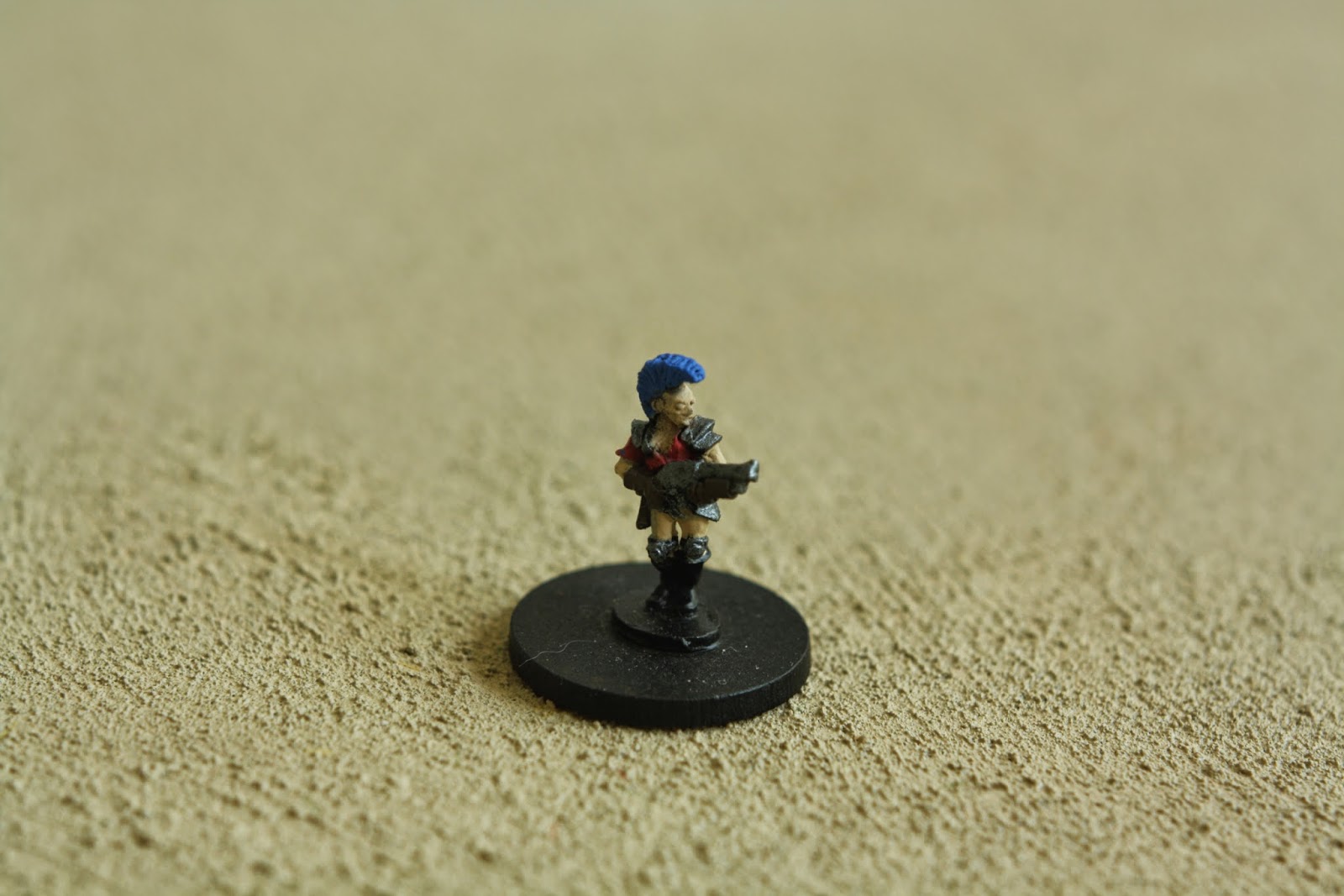 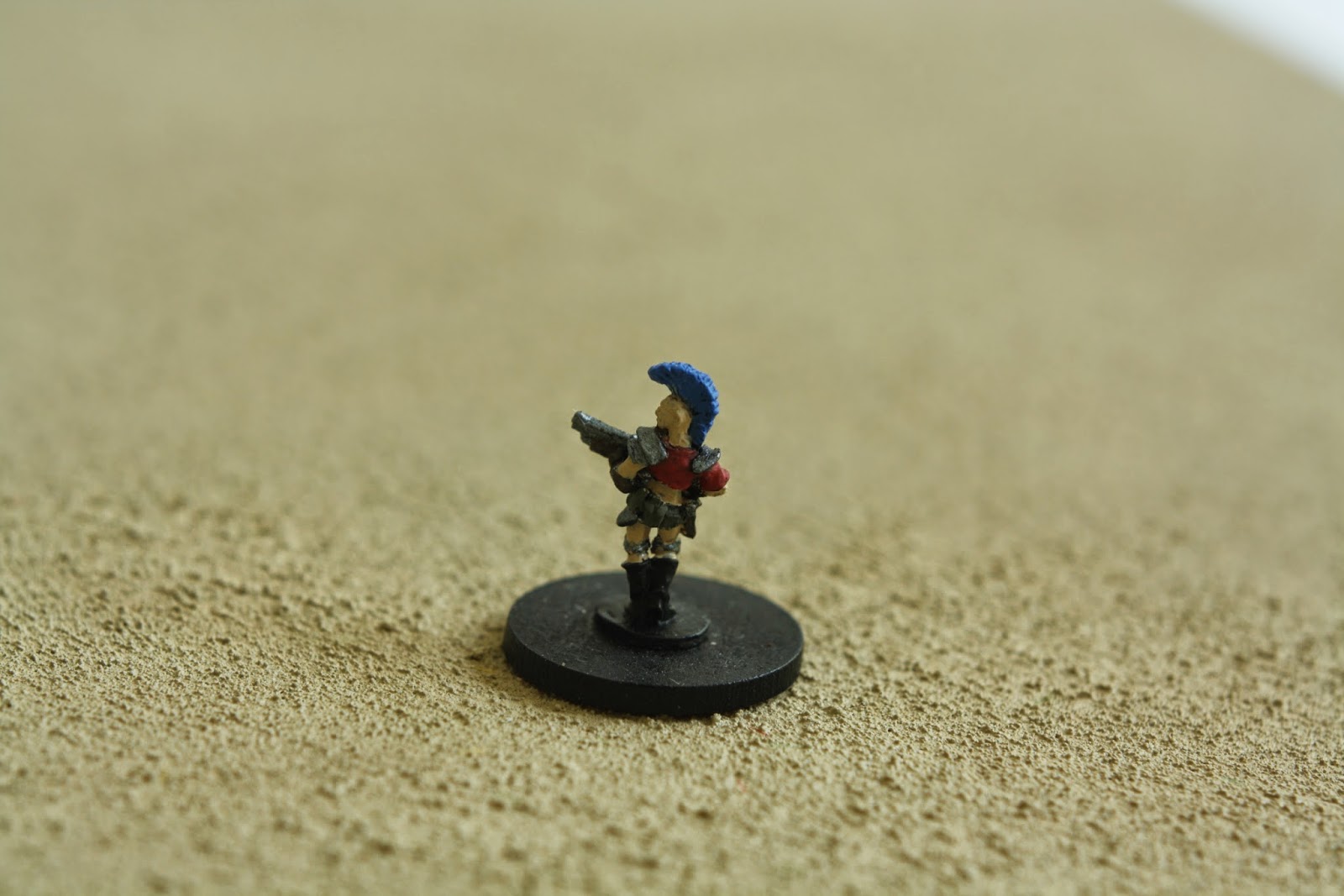 Nobody knows if he is a he or a she, and Warpath isn't talking.
Most of the time acting as a scout and gathering information in one of the numerous dive-bars in and around their turf, Warpath has uncovered more than his/her fair share of  plots in his time.
Some say he/she can change shape at will, but most discredit that as idle gossip, it couldn't be true. Right? 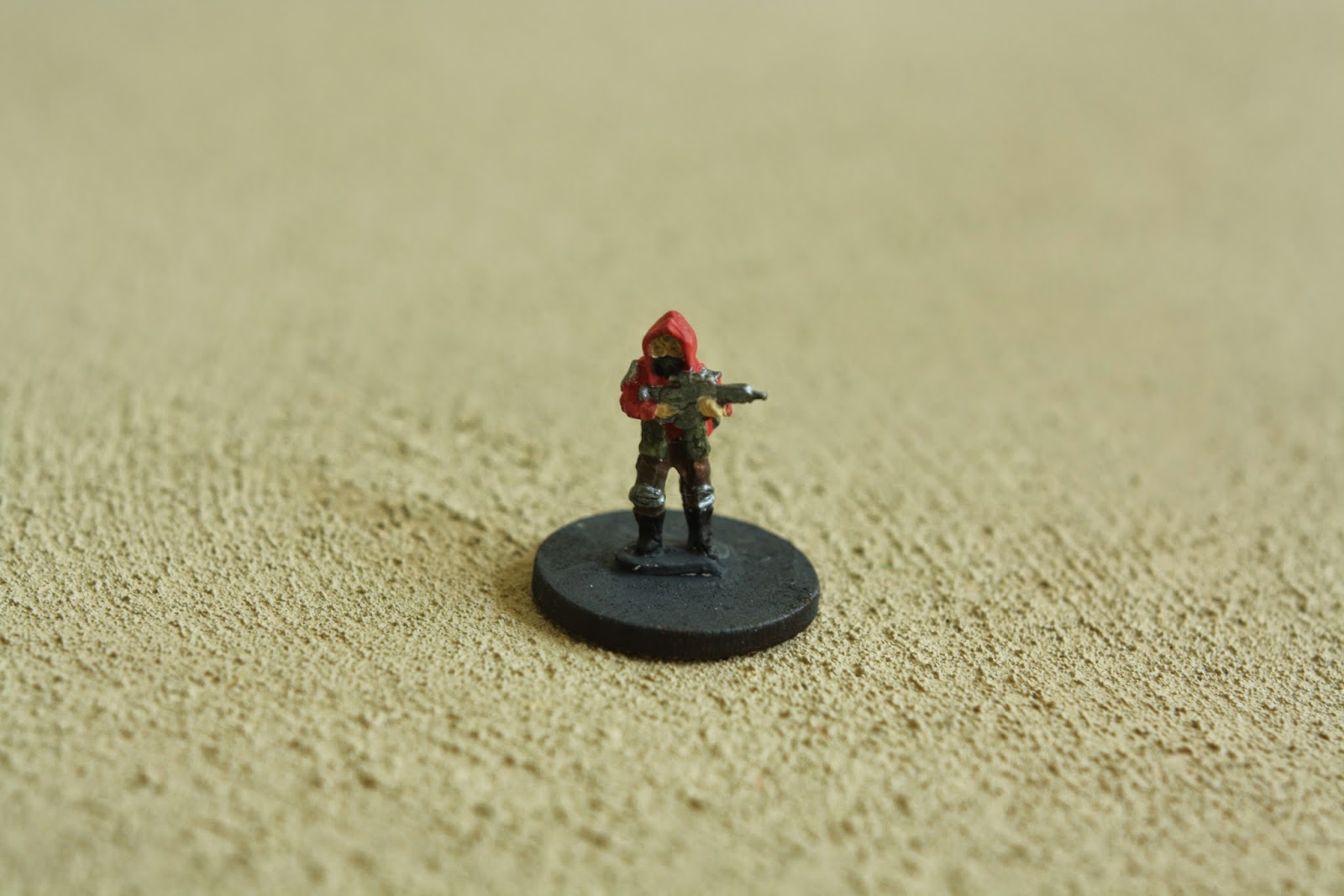 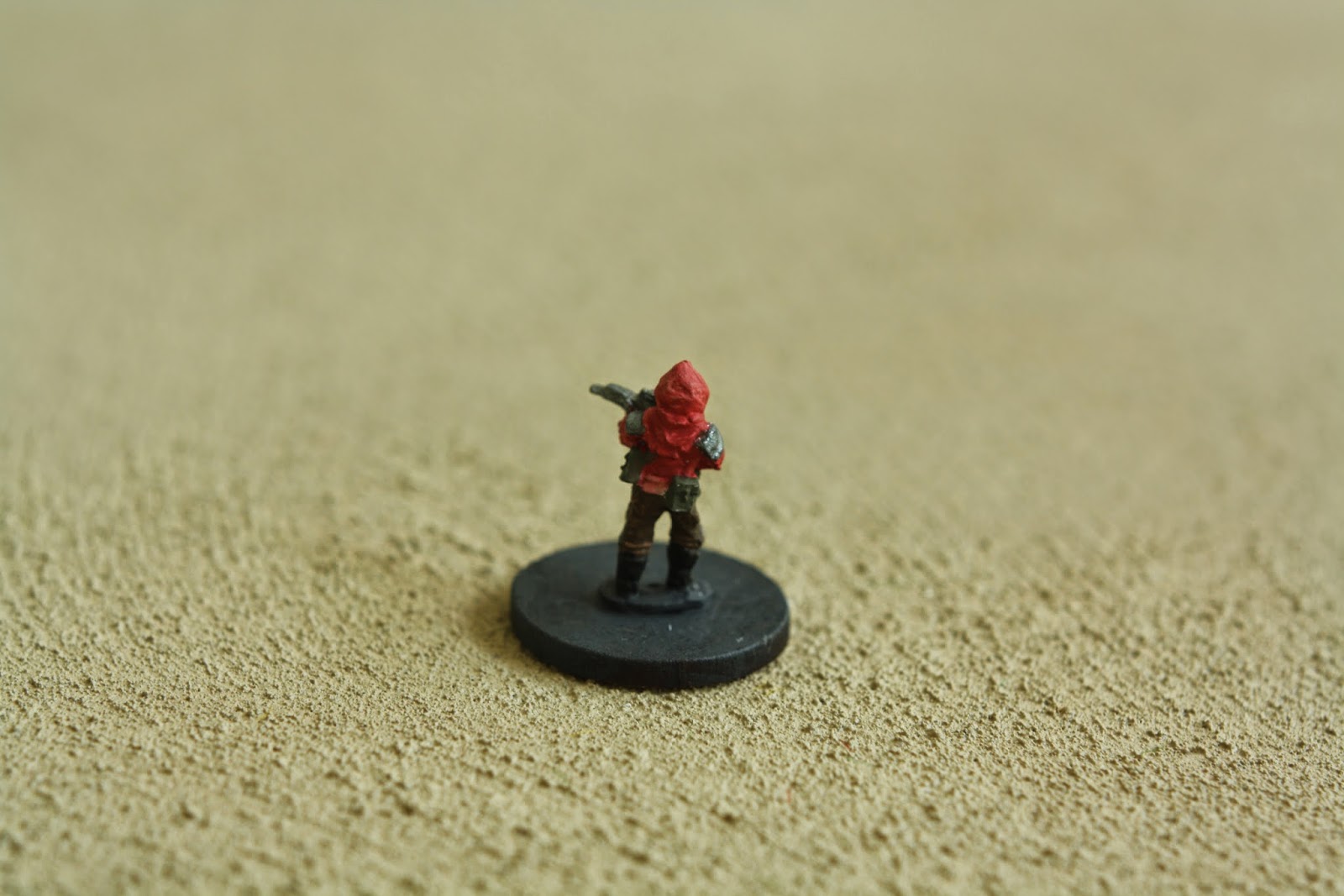 ﻿
The Latest full member of the Crimson gang, Hoodlum, does his name justice. Having lived on the mean streets his whole life, there are few things he haven't done to survive at one time or another. A rescourceful lad, he have managed to turn arson and vandalism into an artform.


2 more gangs put together, I will try to get some photos of my already completed gangs from earlier this year uploaded as well. Hopefully this week!

Posted by Alexander Wasberg at 02:55