Shots from the Workbench

Since I have such severe gamers ADD, I have been working on several projects at once over the last week or so, with a new one slowly emerging as well.

Because of this, I haven't managed to take any pics of the things I have actually accomplished untill yesterday.

so here they are, the shots from the workbench: 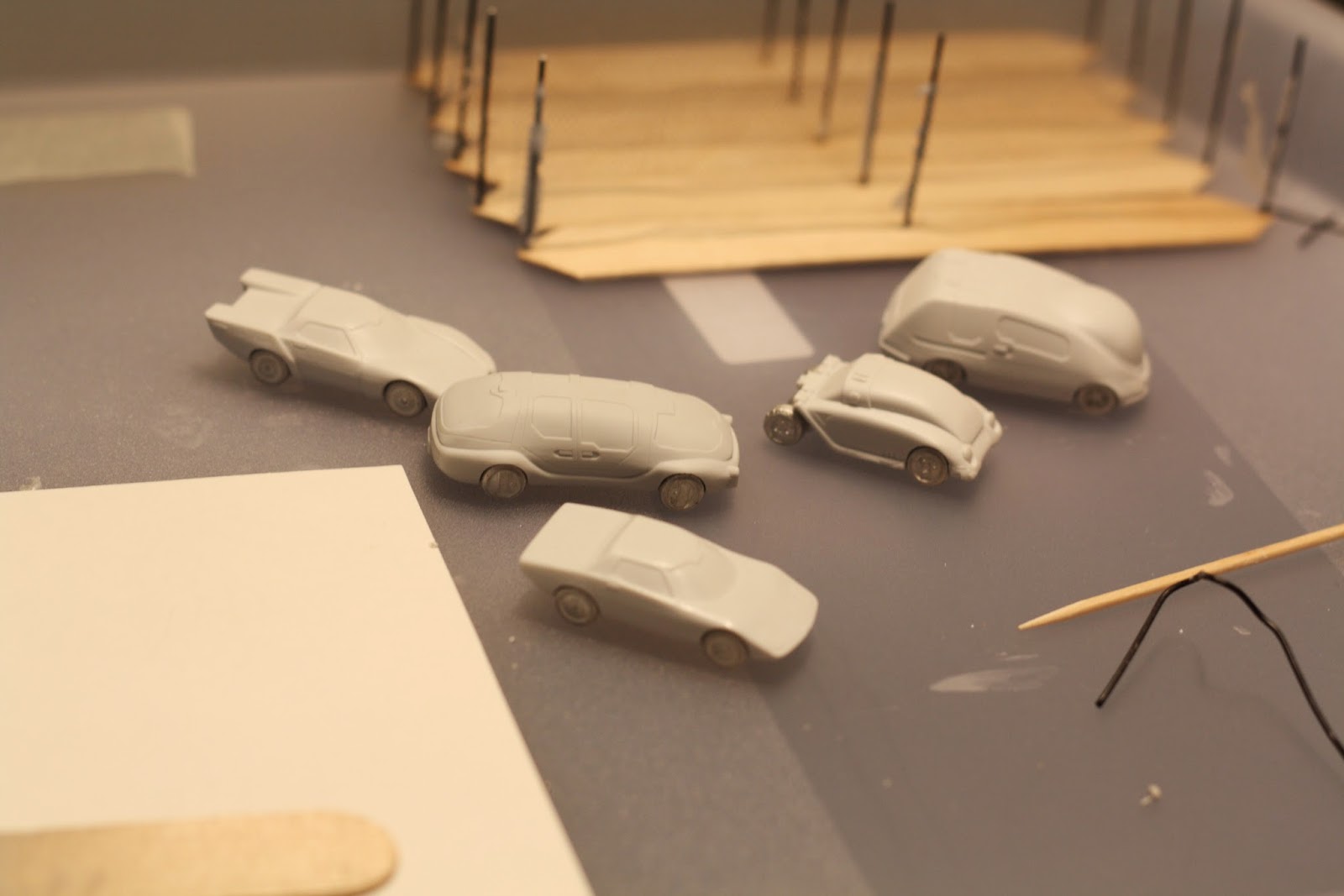 These Sci-Fi cars are a recent release from Darkest Star Games, very nice clean sculpts with almost no clean-up needed. Now I just need to decide what color to paint them..
In the backgroup you can see a few lenghts chain-link fences that I'm putting together for a Cyber-punk/GitS-inspired set of games. More pics of the fences, as well as the Buildings being put together for the same board will follow. 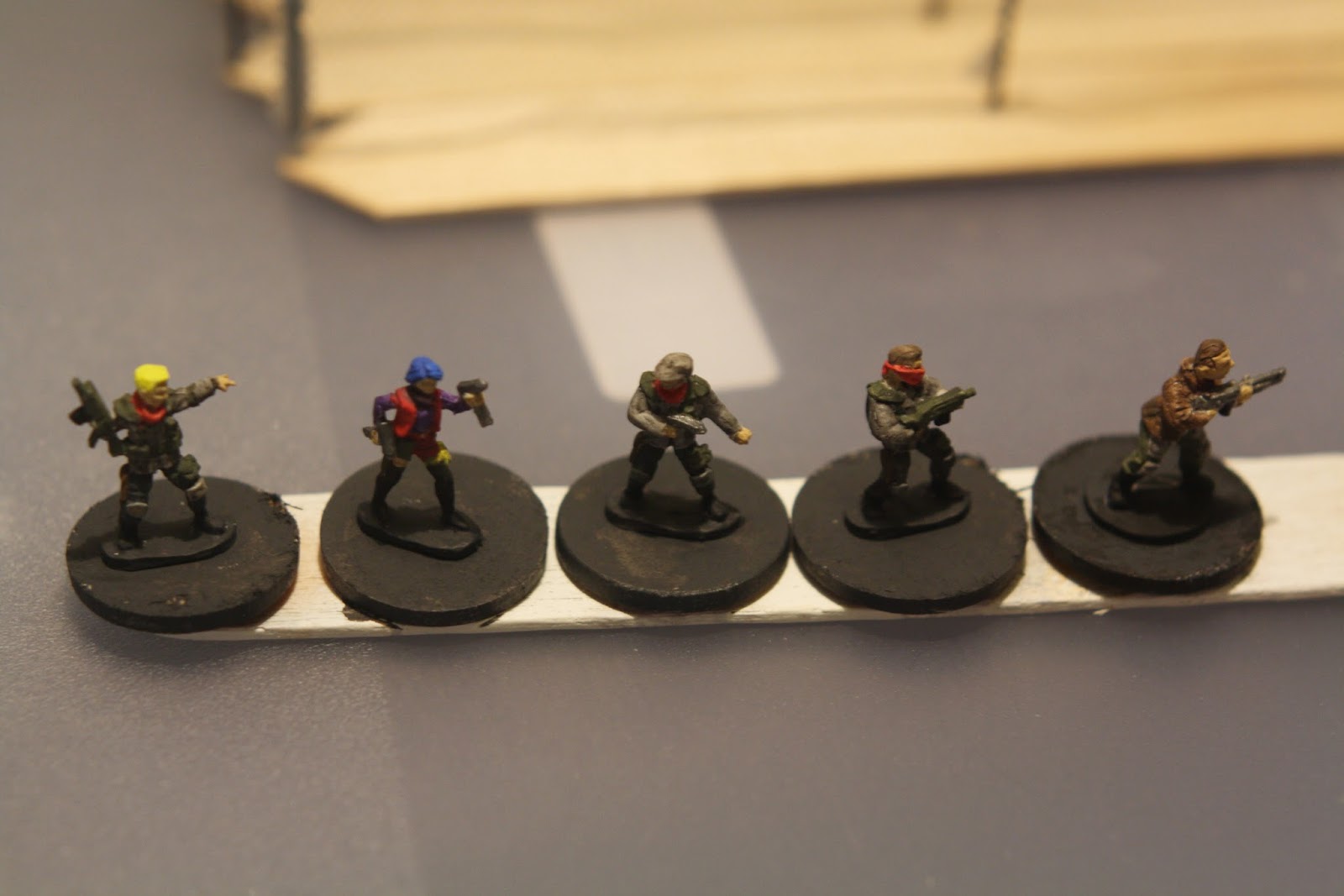 A Group of fixers for the same game as the cars above, they are mostly finished, not sure if I'm going to do something about the bases, or if I'll just leave them plain. 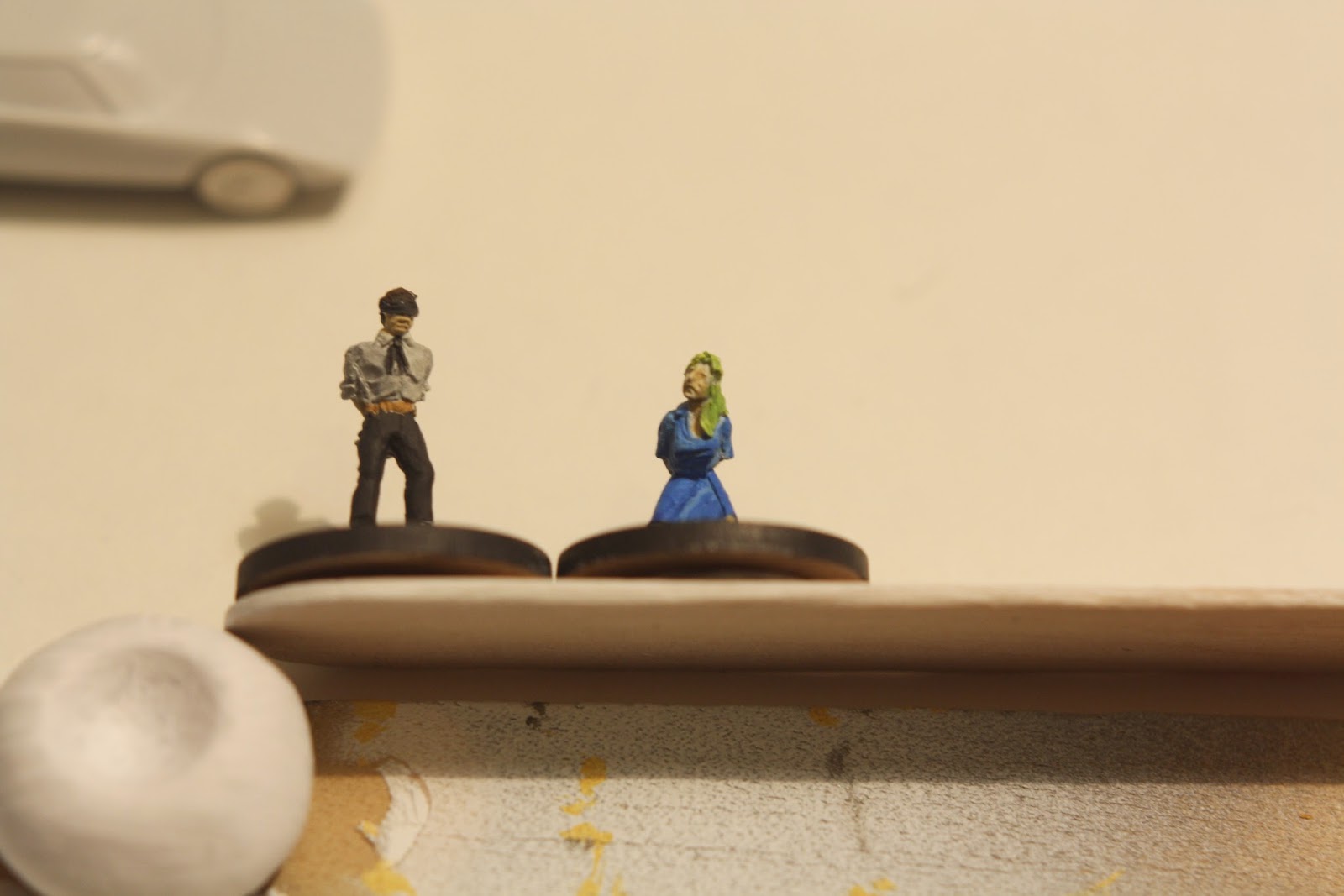 Hostages will figure in at least one of the scenarios, so these are the poor victims of circumstance.. 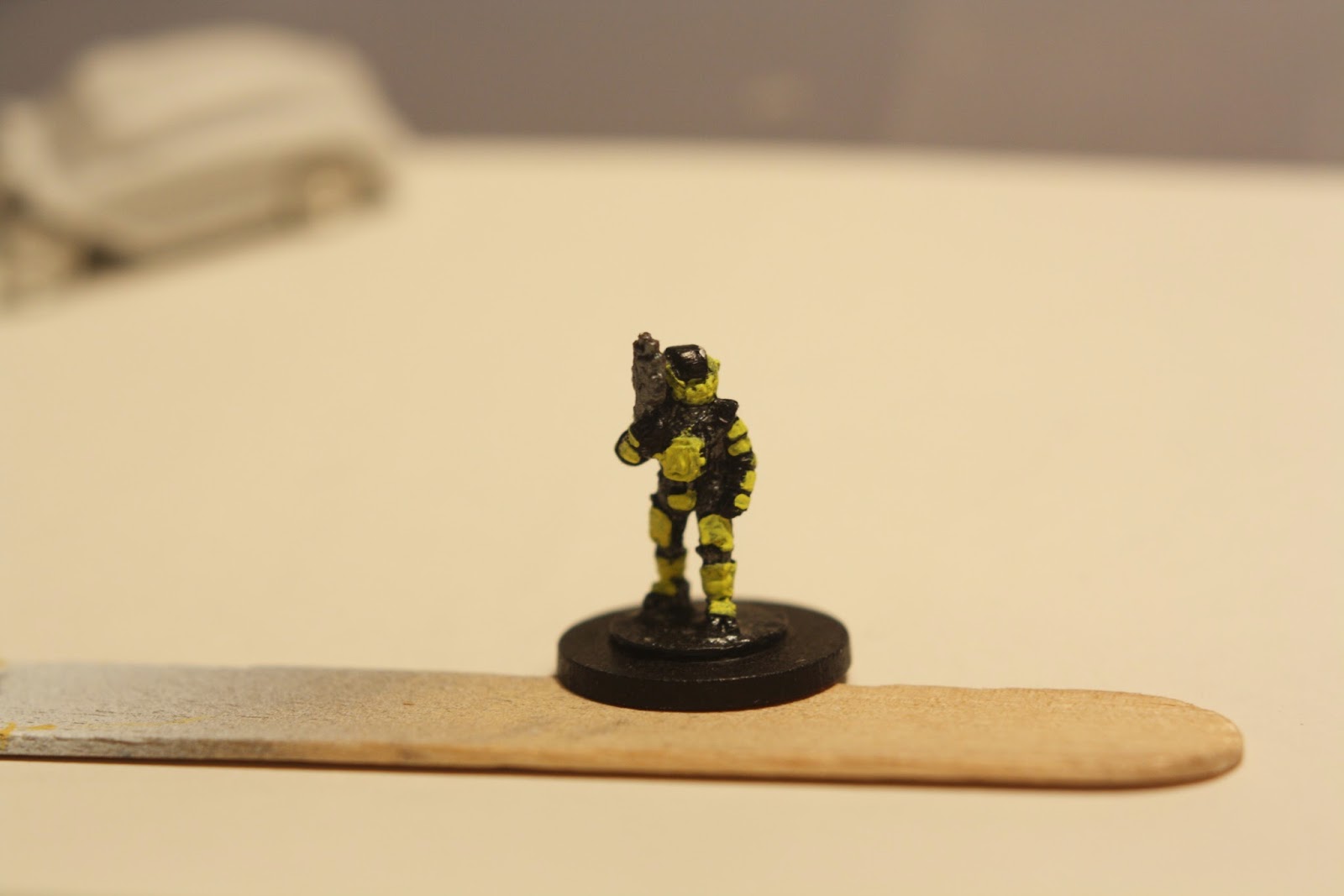 The last piece for cyberpunk, this Combat Android is one of a group providing high-end security for the Corporations with deep enough pockets. They don't come cheap, but they get the job done. 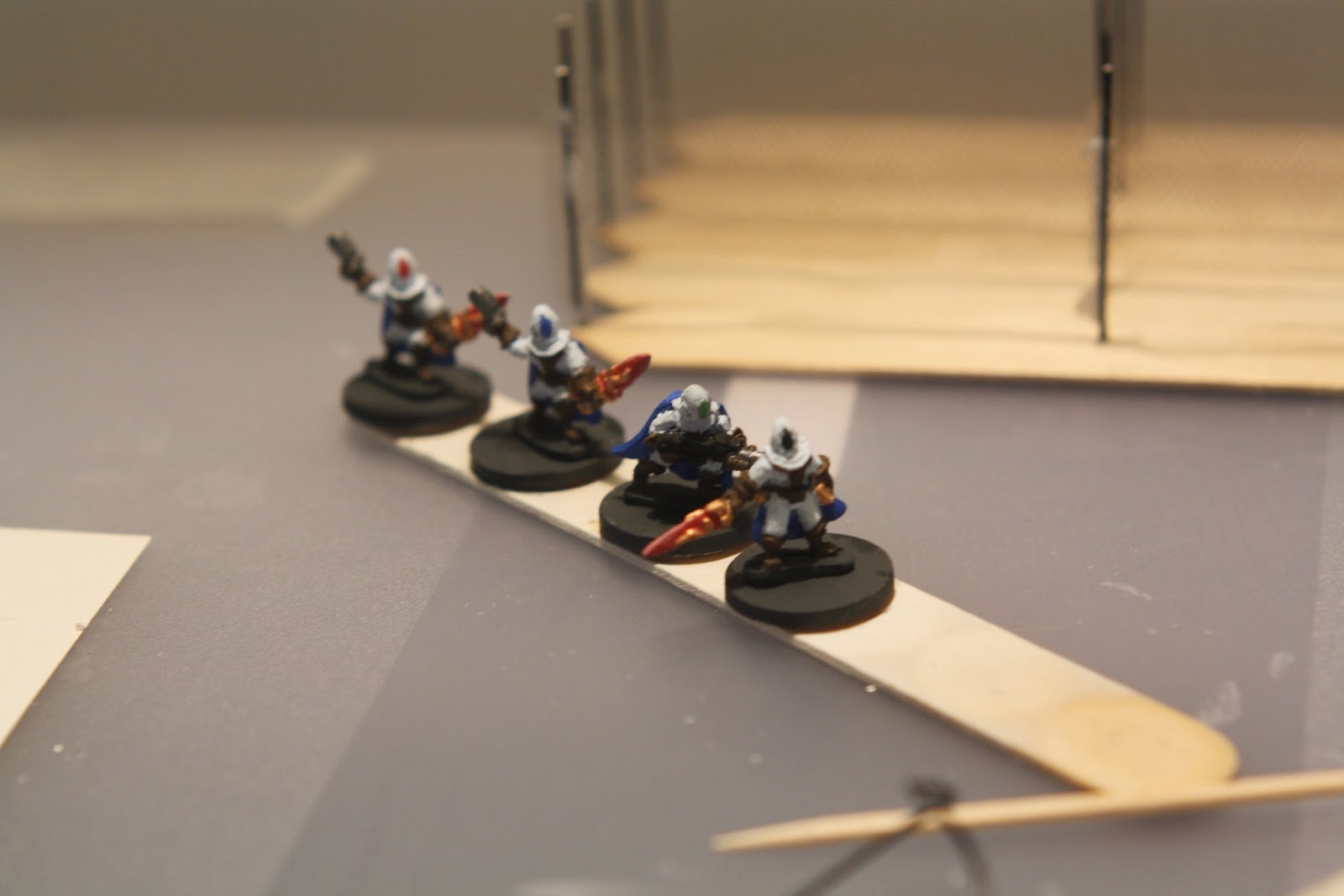 On the Space Opera side of things, The Galactic Knights are nearly finished, I just need to touch up some details, mainly the gem on the front of the helmet.
Their transport, along with a few Adder combat cars and some accomodations will probably grace my painting table soon as well. 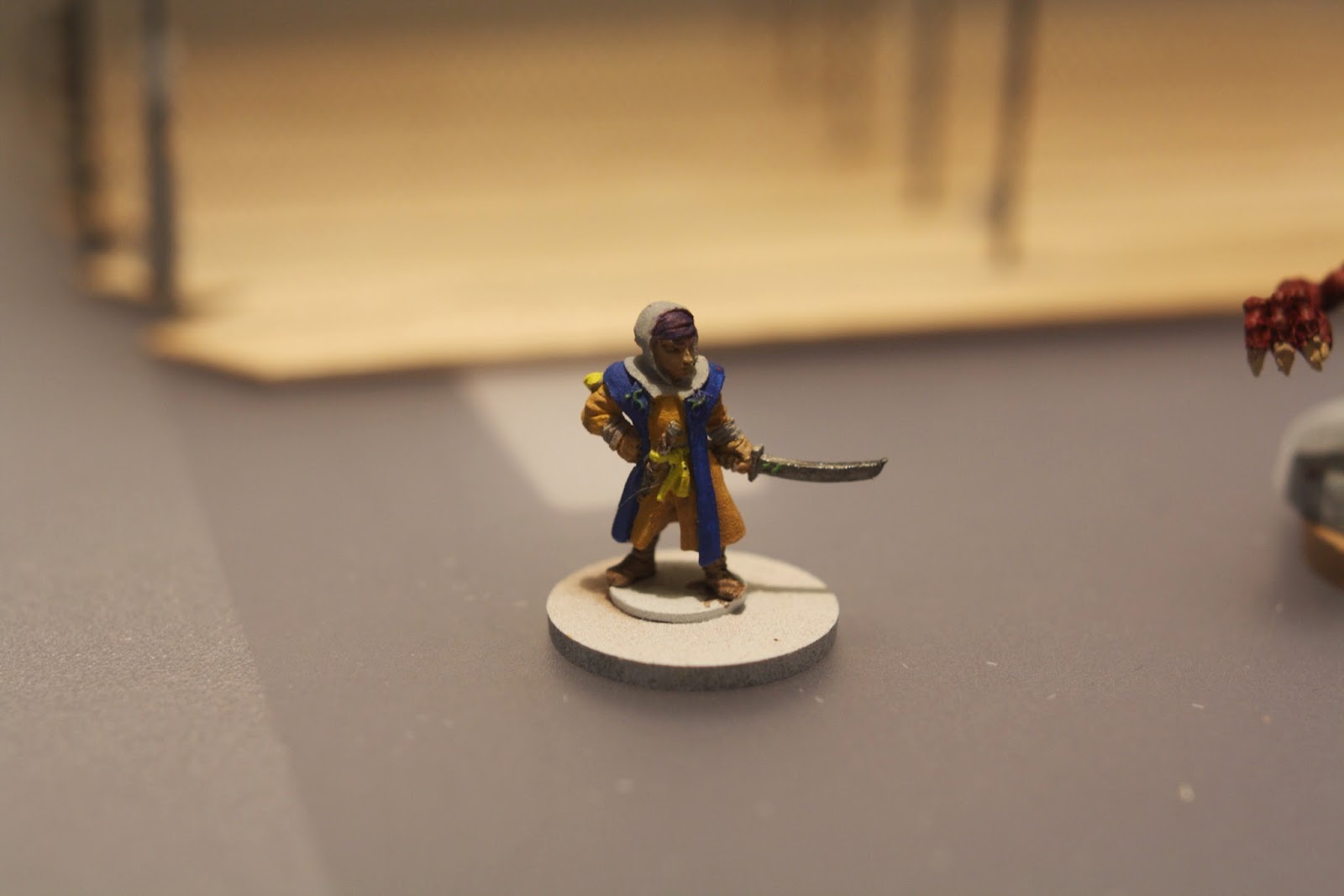 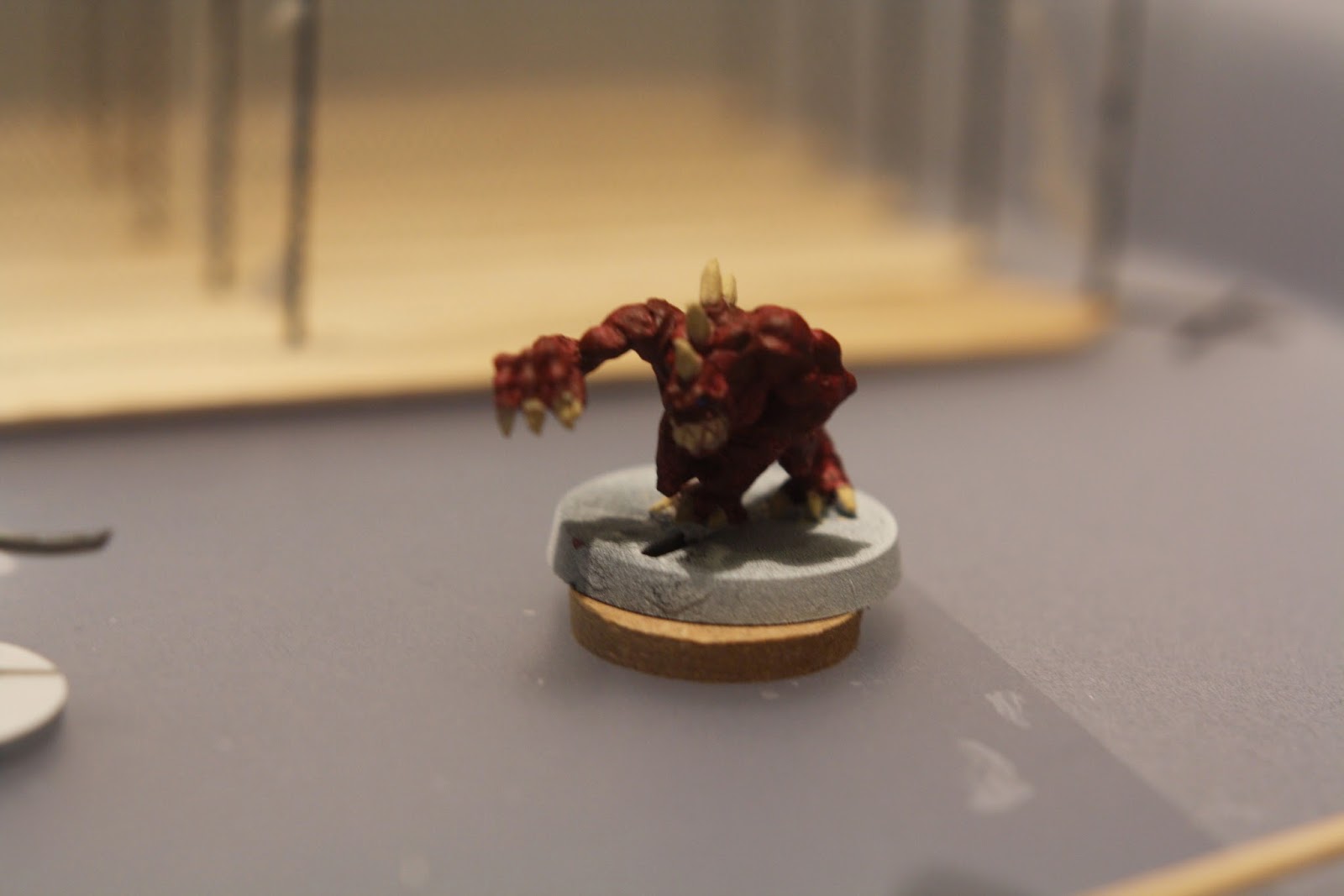 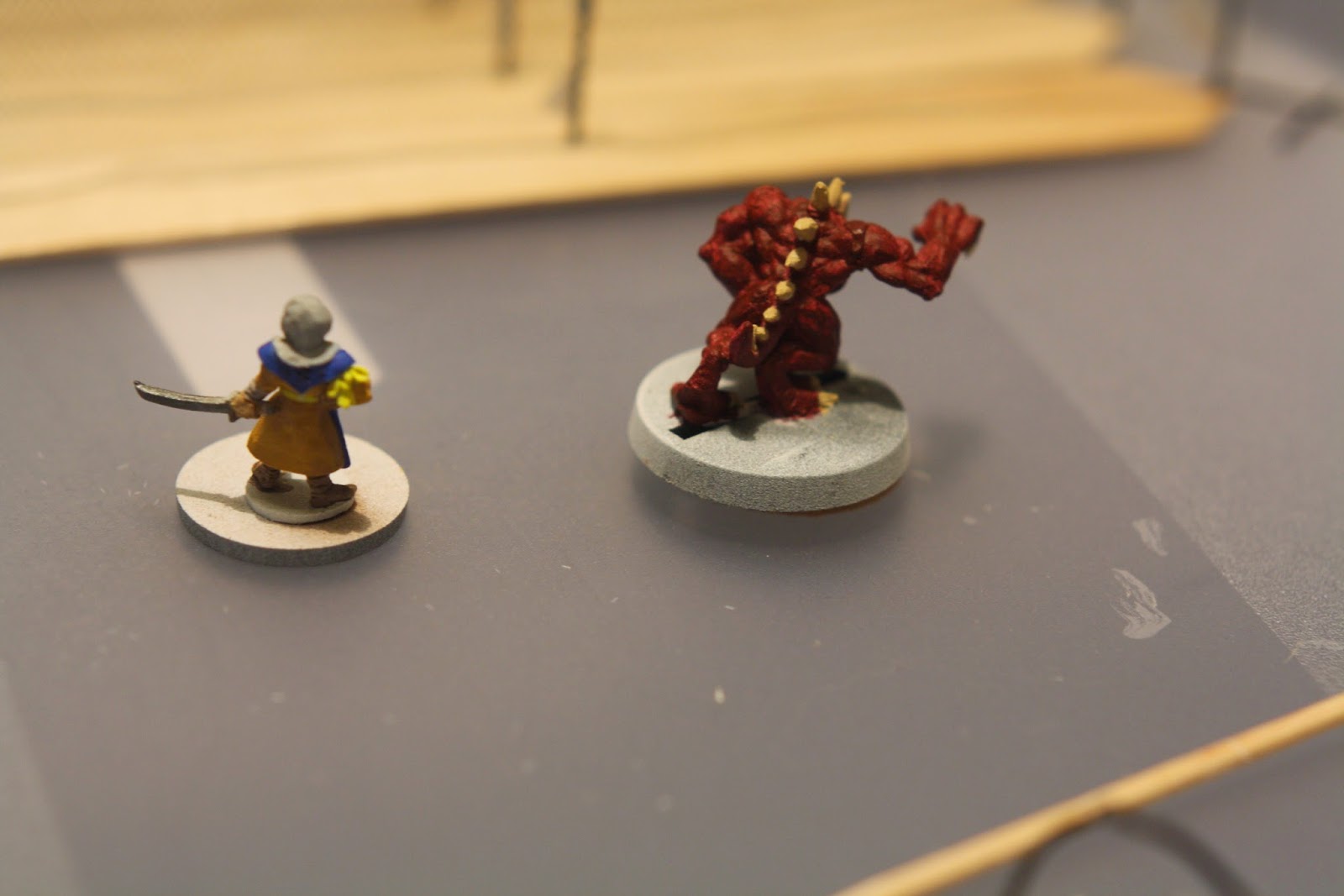 Lastly, I have almost finished the core of my third warband for SoBH!
The mysterious summoner and his bound demon (name pending) are soon ready to face off against the other warbands.
The idea is that the rest of his warband will be different summoned creatures, giving me way to many options.. But I think it will be mostly smaller demons and elementals.
This was all I had to share for now, but I have even more things in the works, I just haven't gotten around to it yet.
Posted by Alexander Wasberg at 04:54