The Legion gets reinforced, and so does the Galactic Marines!

Since the precence of so many Galactic Knights were uncovered on a single world, the Legion seems to have gotten a little apprehensive. Rumors sifting back through the frontlines tells of a new type of legionnaire, previously unencountered.. Their name? Pioneers. 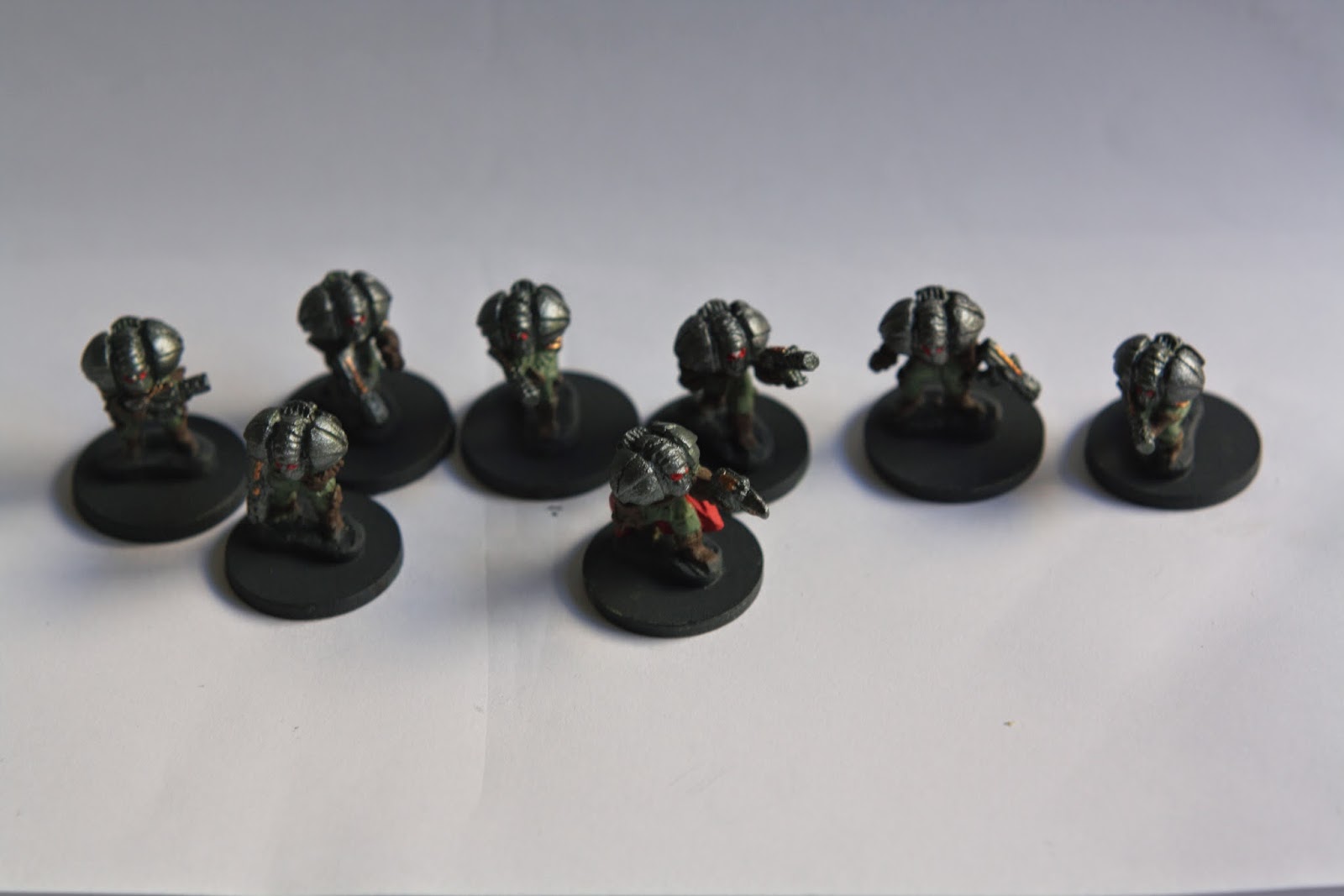 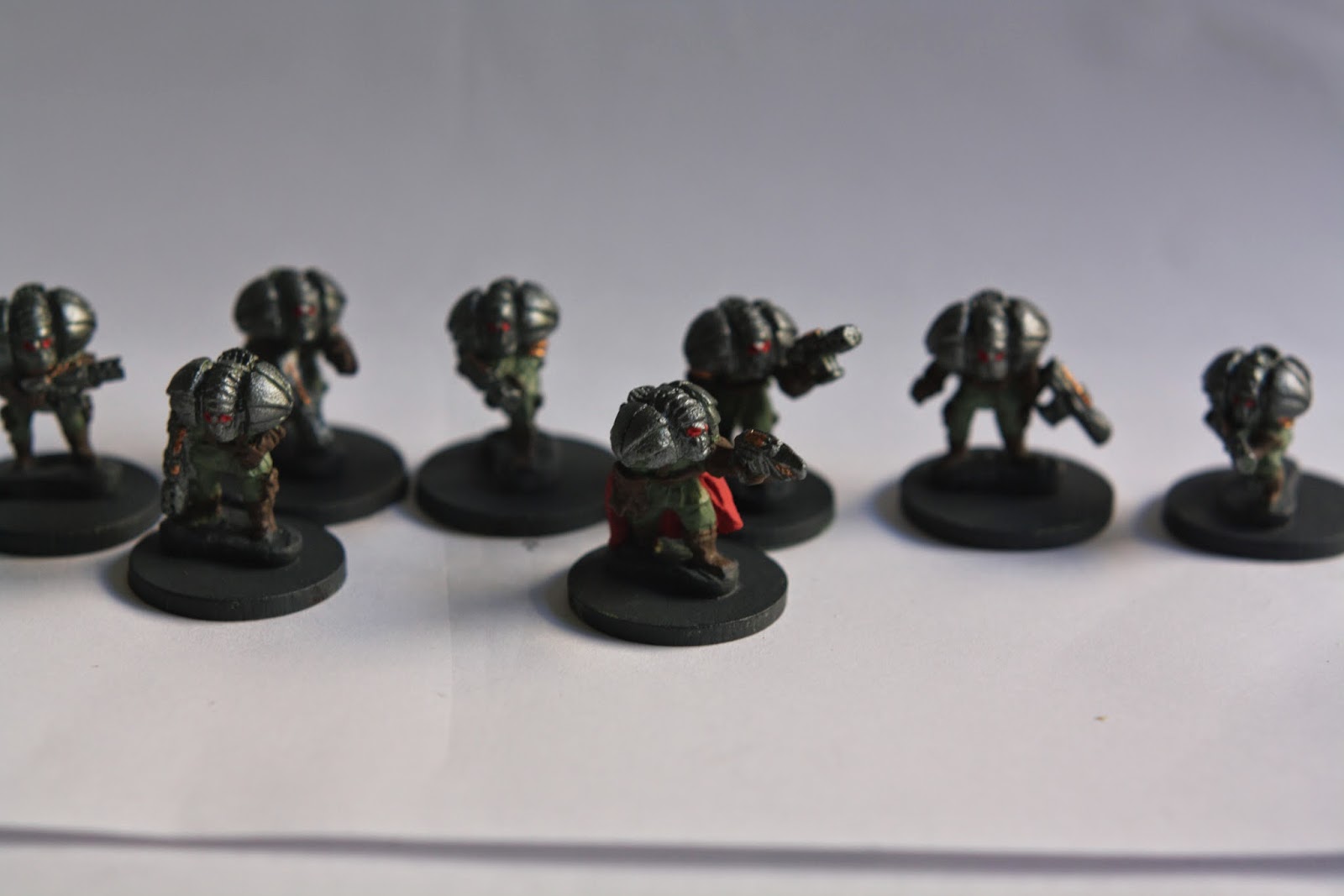 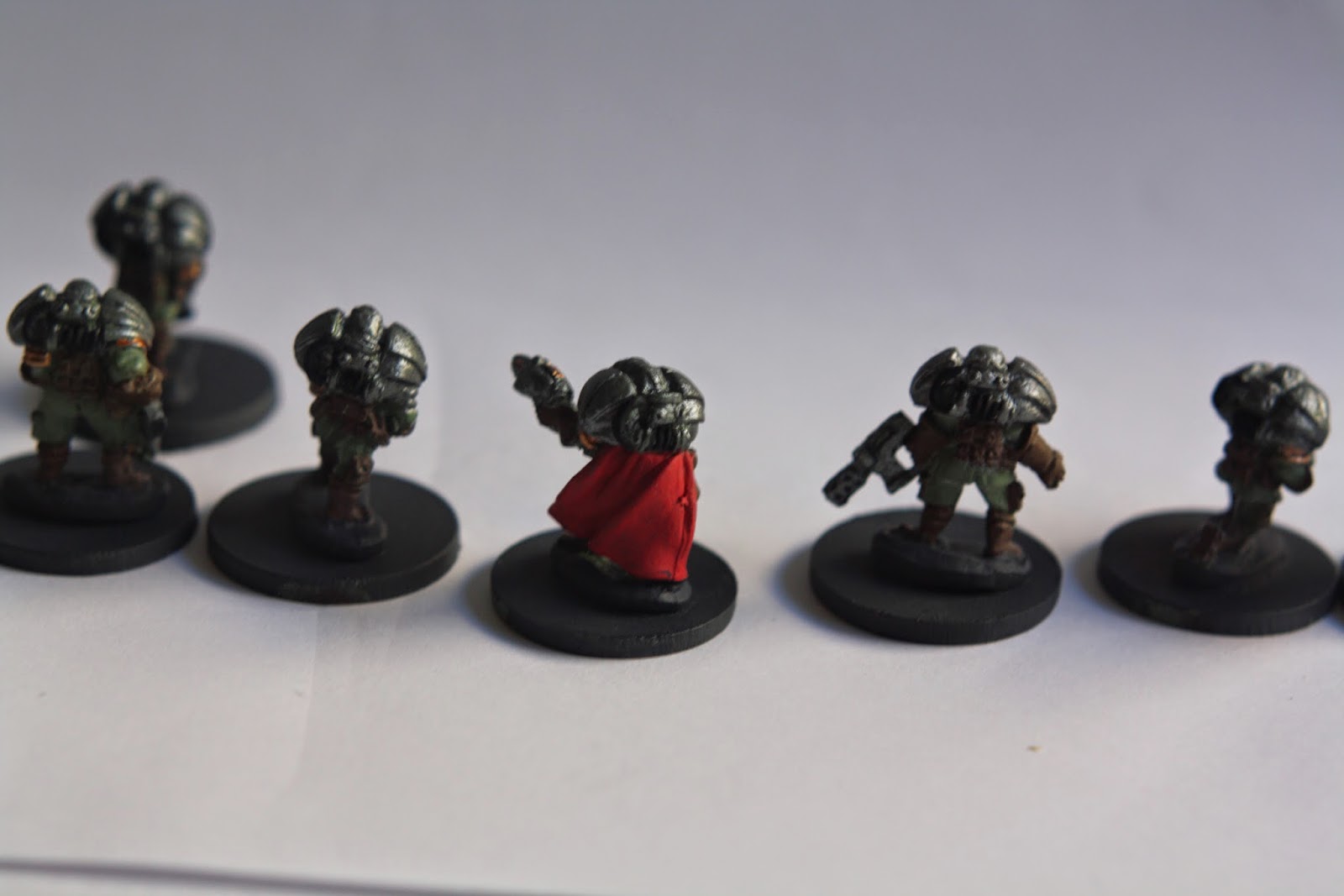 Covered in Heavy segmented plate, in addition to the reflective armor of the standard legionnaire, the Pioneers is a new threat emerging from the enemy lines. Seemingly fearless and carrying wicked grenade guns, will this new adversary tip the scales? Or will the Galactic Marines manage to stand firm?
To help them combat the threat, several reinforcements consisting of Adder combat cars and lifters have been approved, new units of BattleSuits and Skylarks have also just been commissioned. 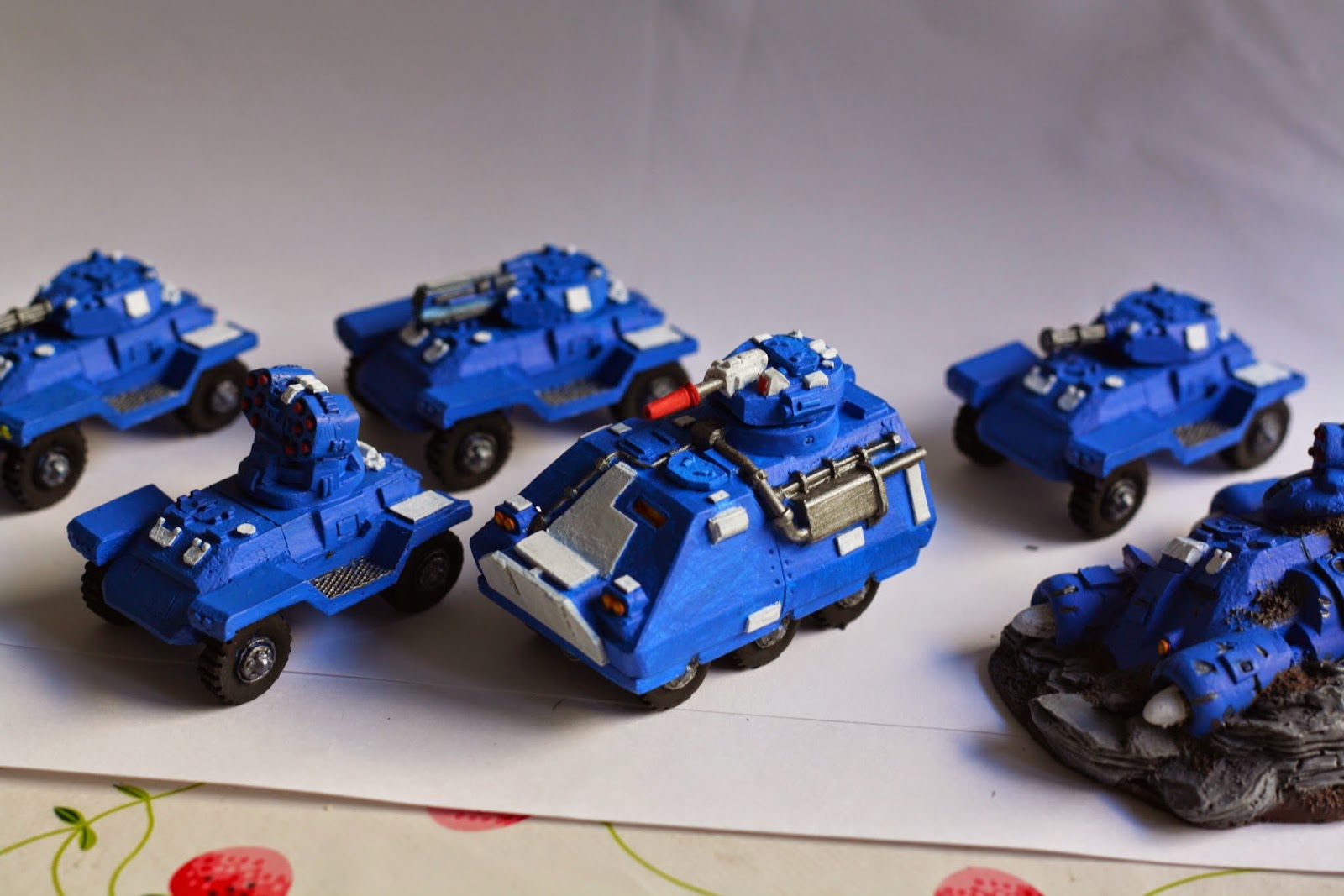 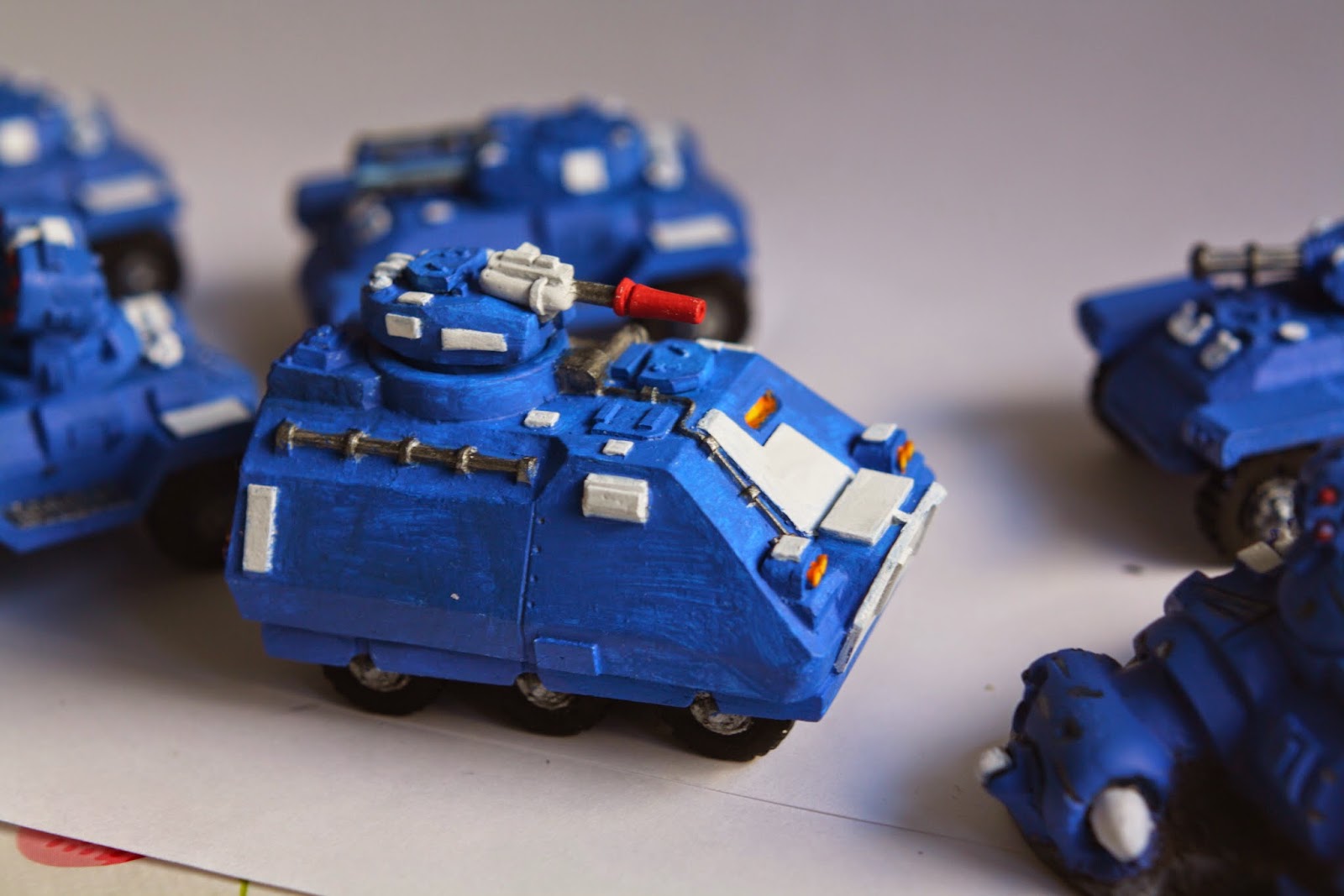 A reinforcement of this scale is not without its mishaps, so some units arrived in less than pristine condition. 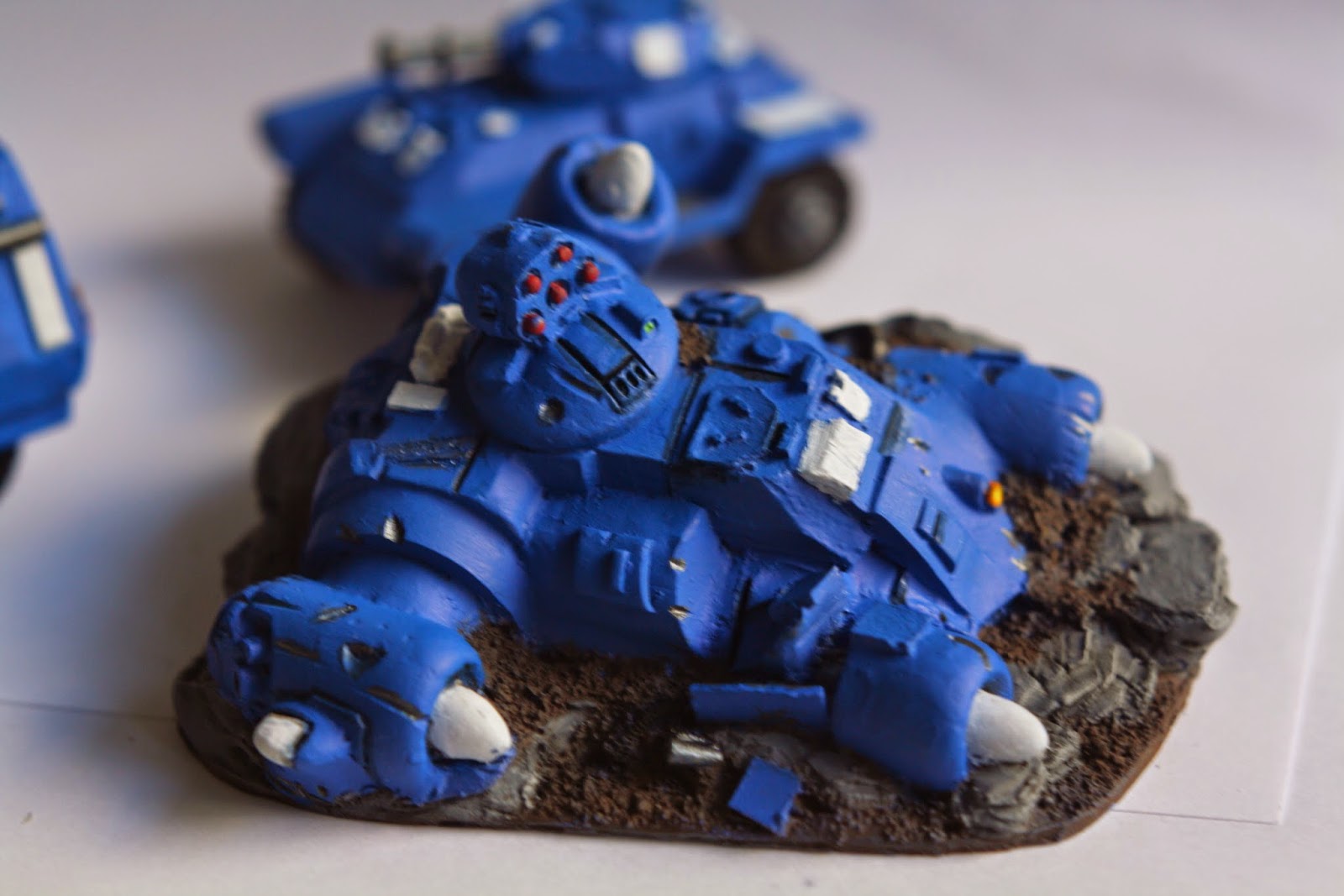 Sensing that this most recent surprise is not the last from the Legion, Baron Cerulean has chosen to take personal charge of the frontline Campaign, much to the chagrin of other nobles looking to curry favour with the Council. 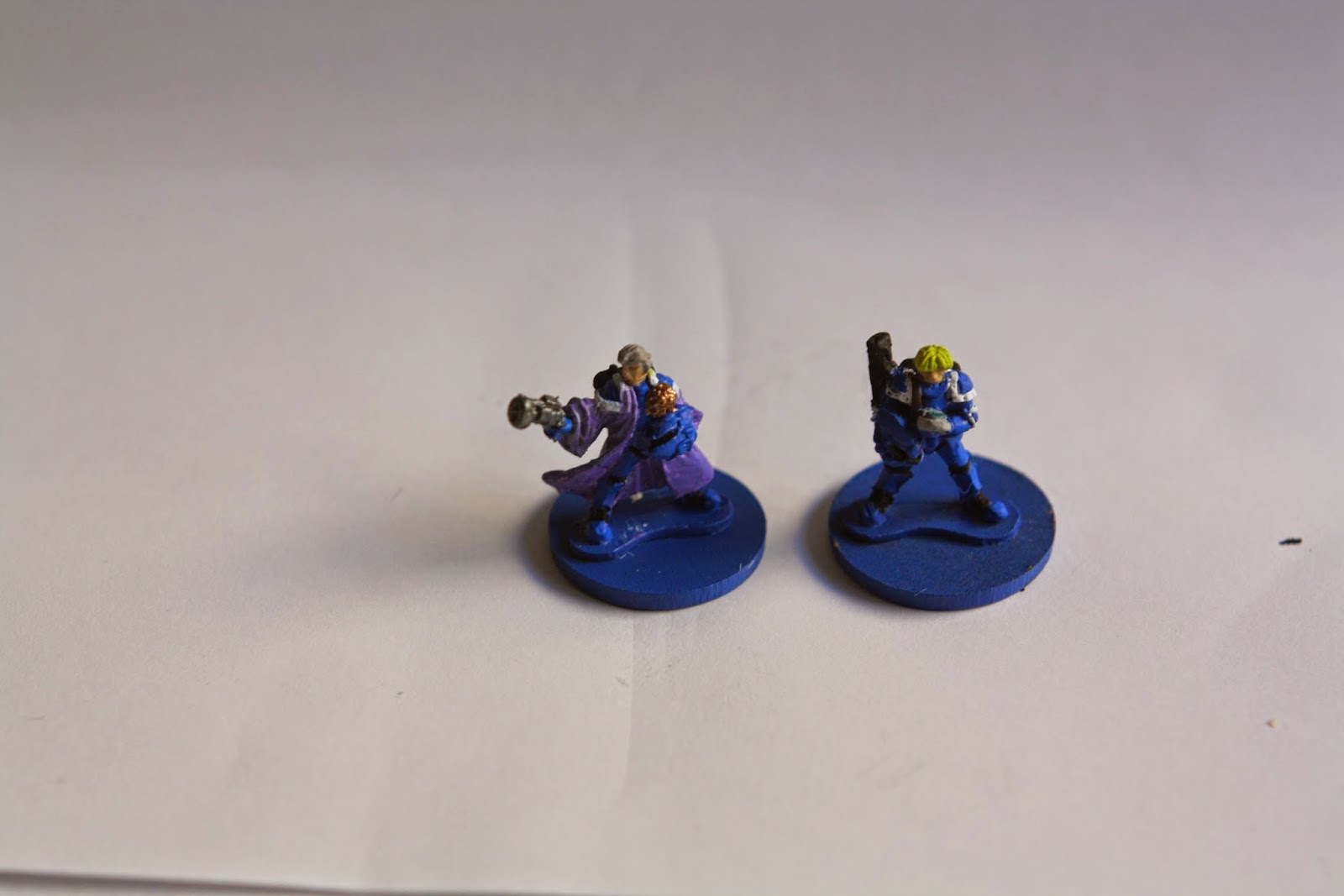 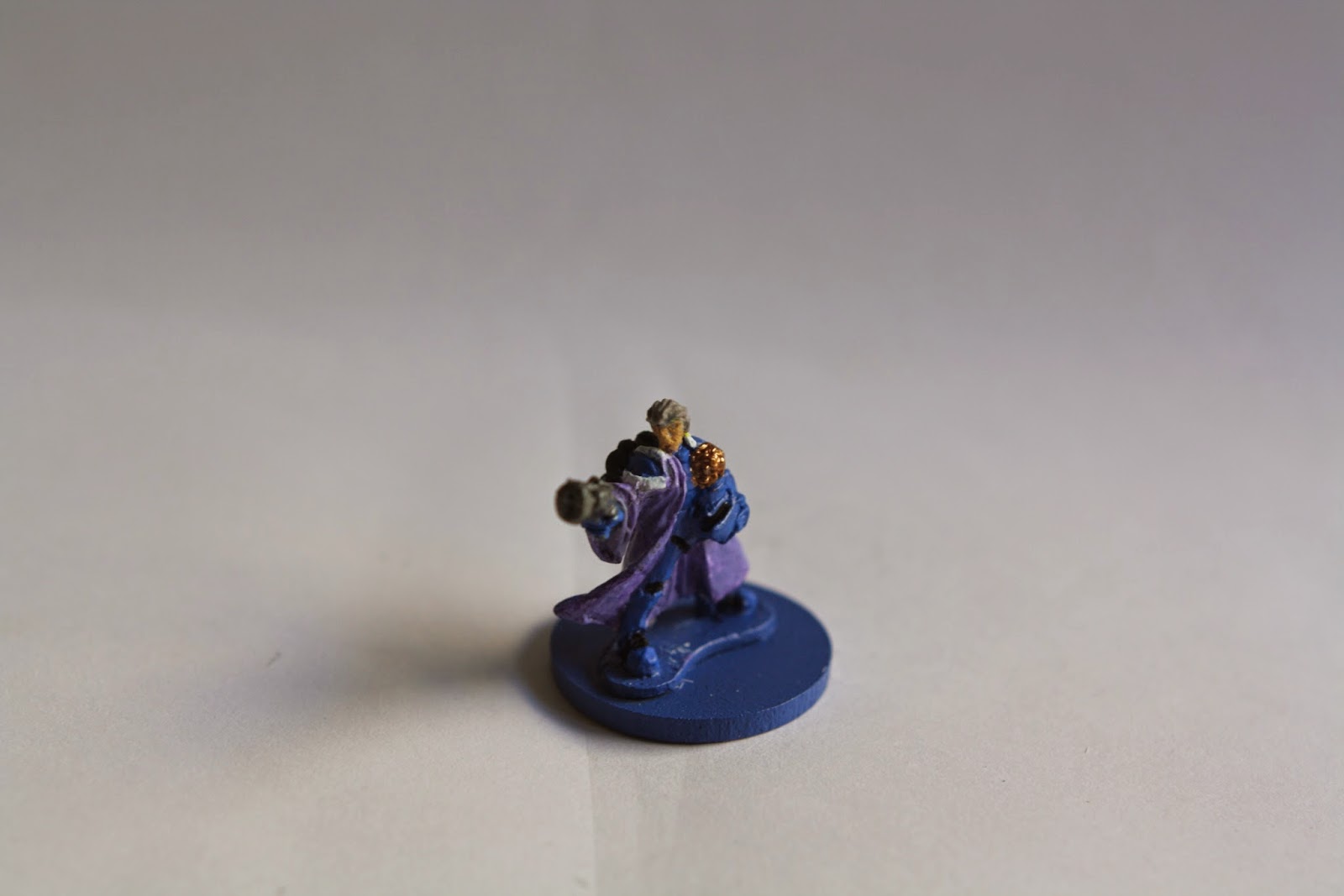 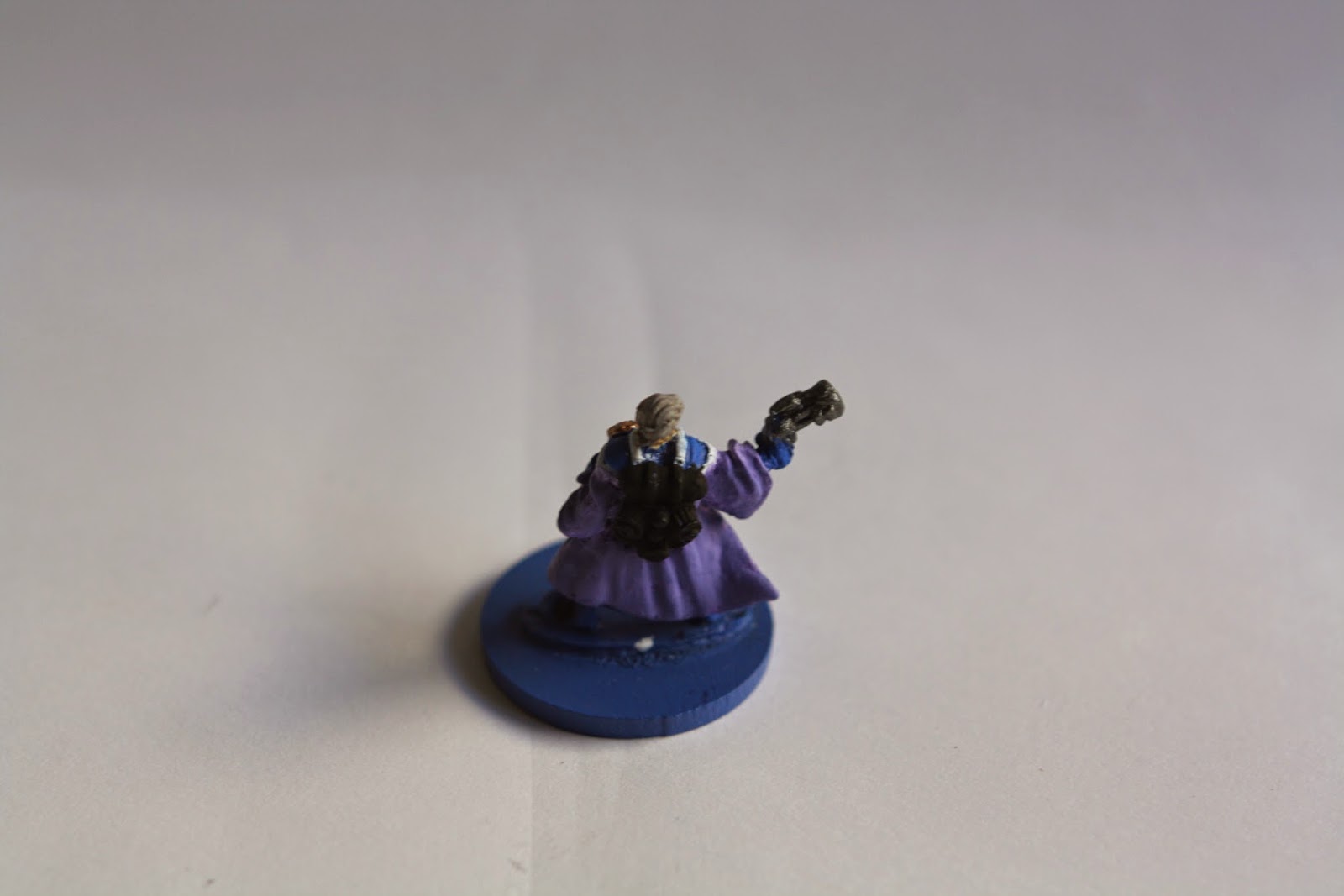 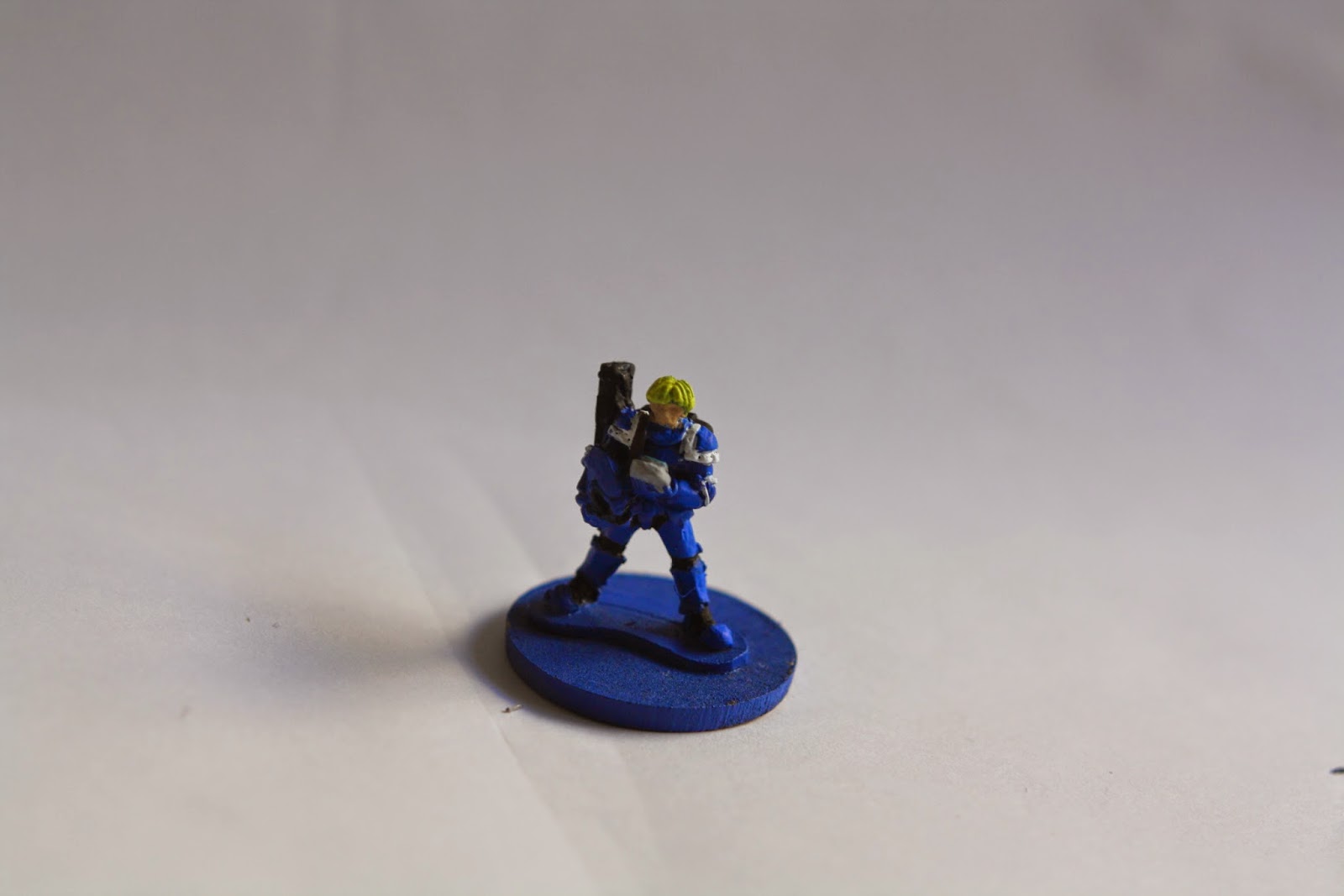 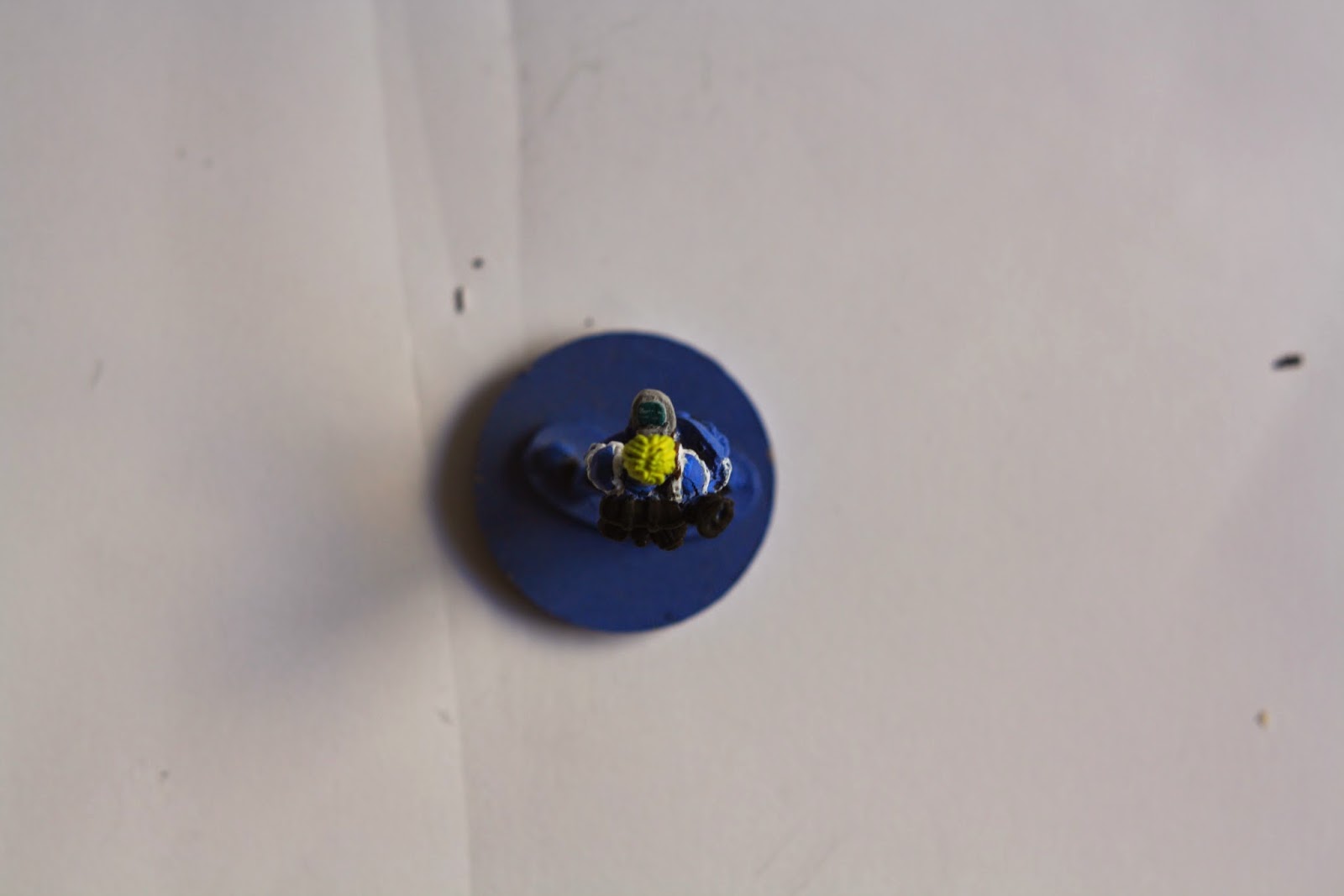 The Baron is as always accompanied by his Knight of the body and de-facto aide, Sebastian. He also brought along a fabricator unit, as well as a portable fusion powerplant, both technological marvels from the core systems. 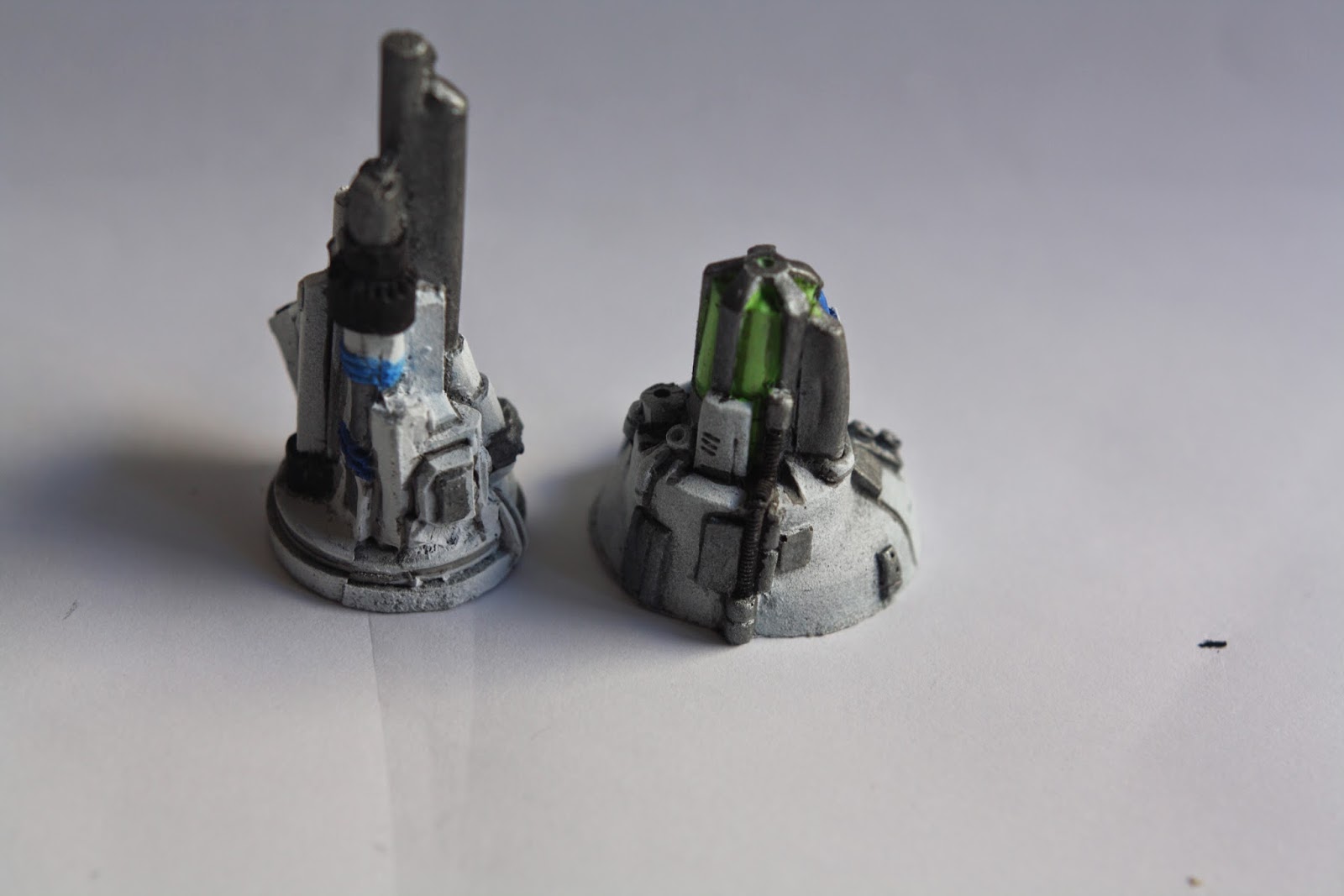 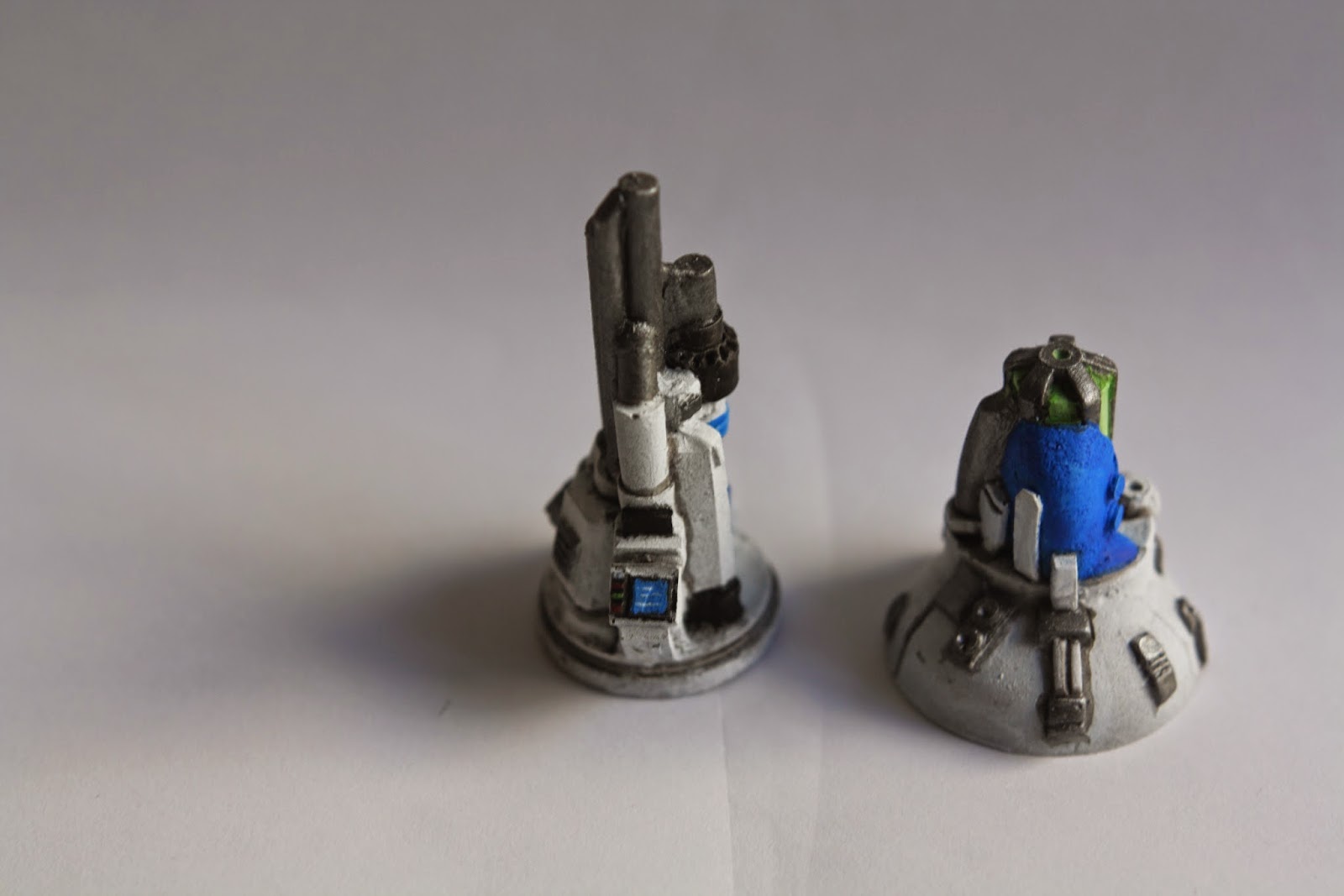 The Purple Knight, leader of the Galactic Knights in the sector, took this opportunity to order something shipped along with the Marines reinforcements.. 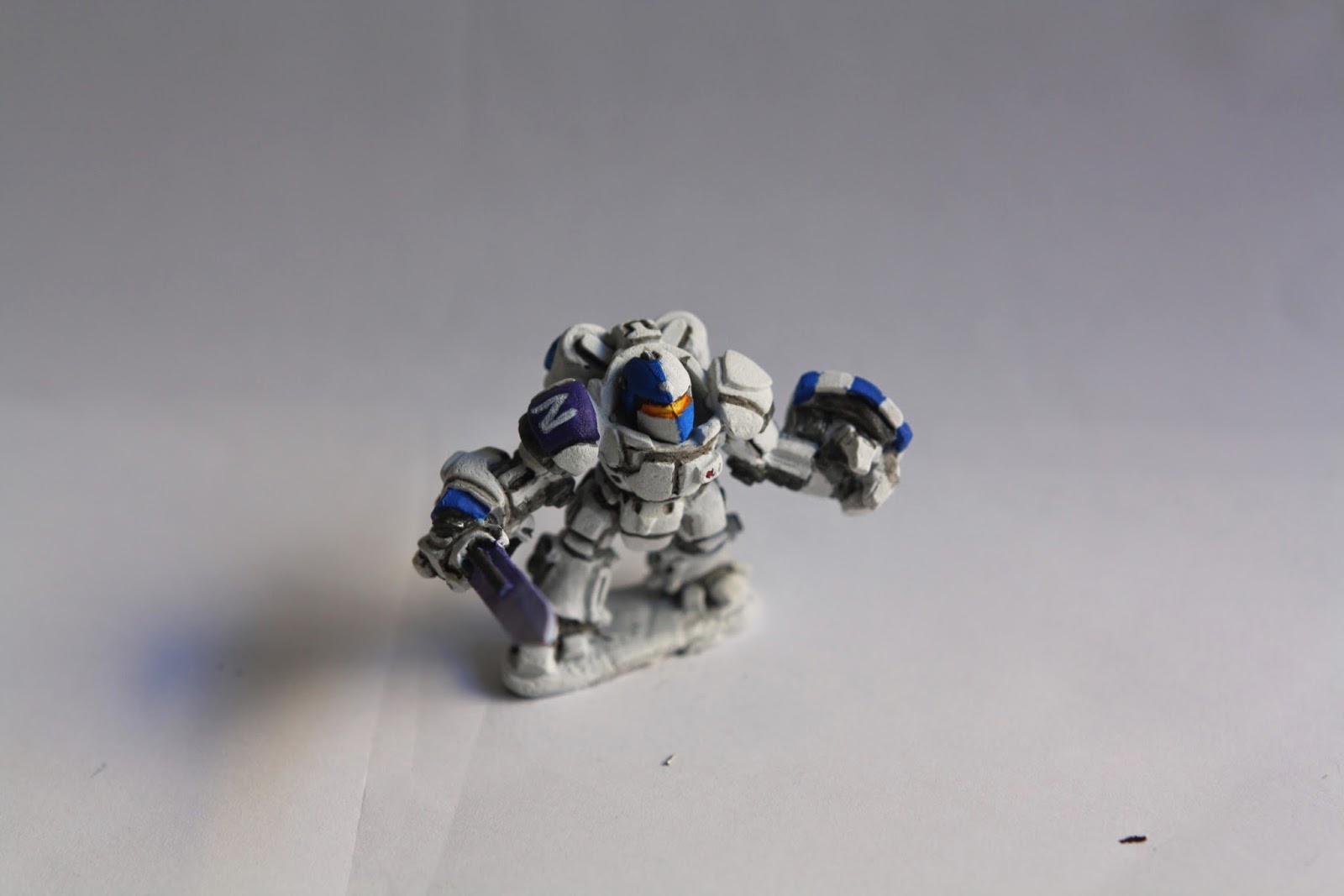 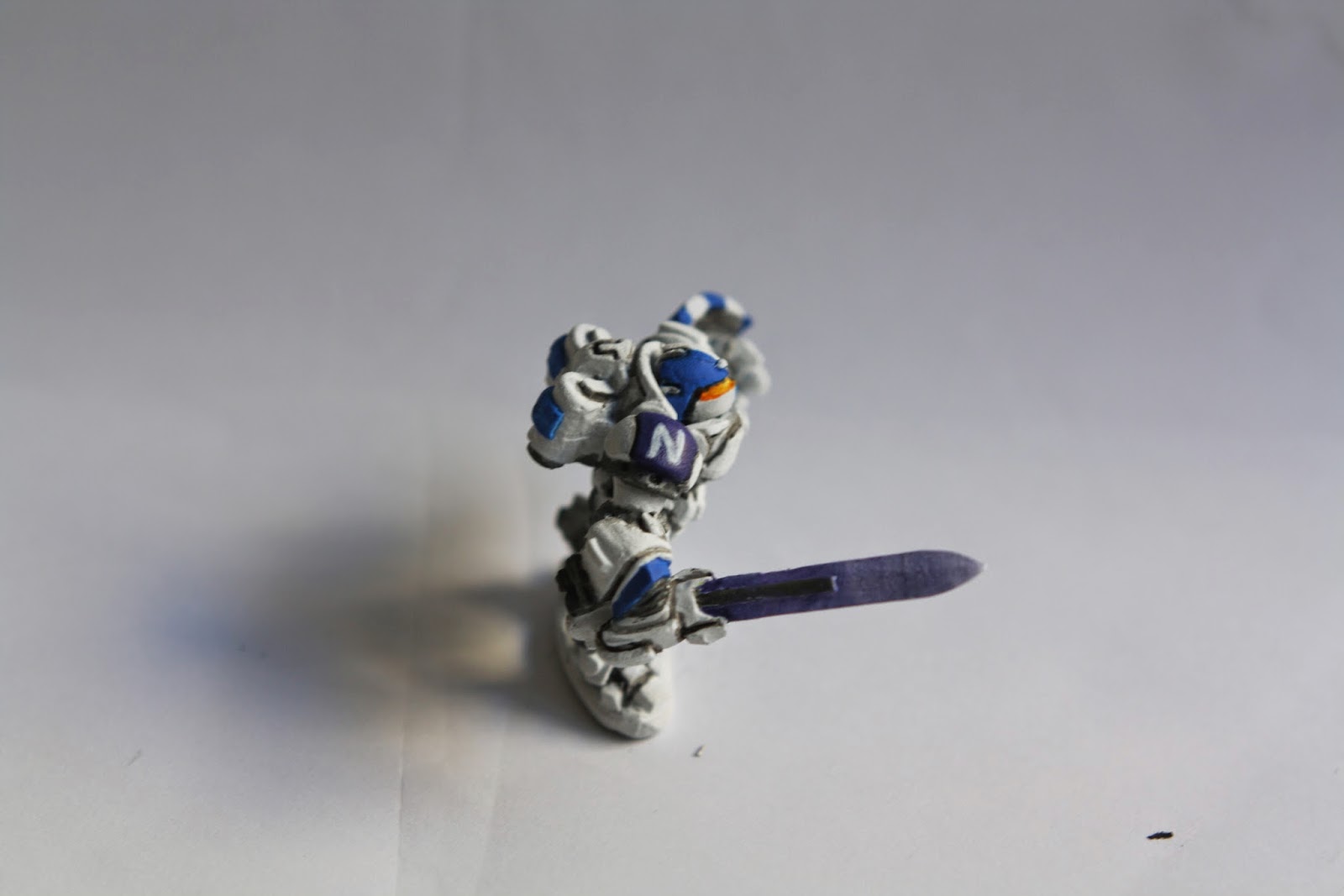 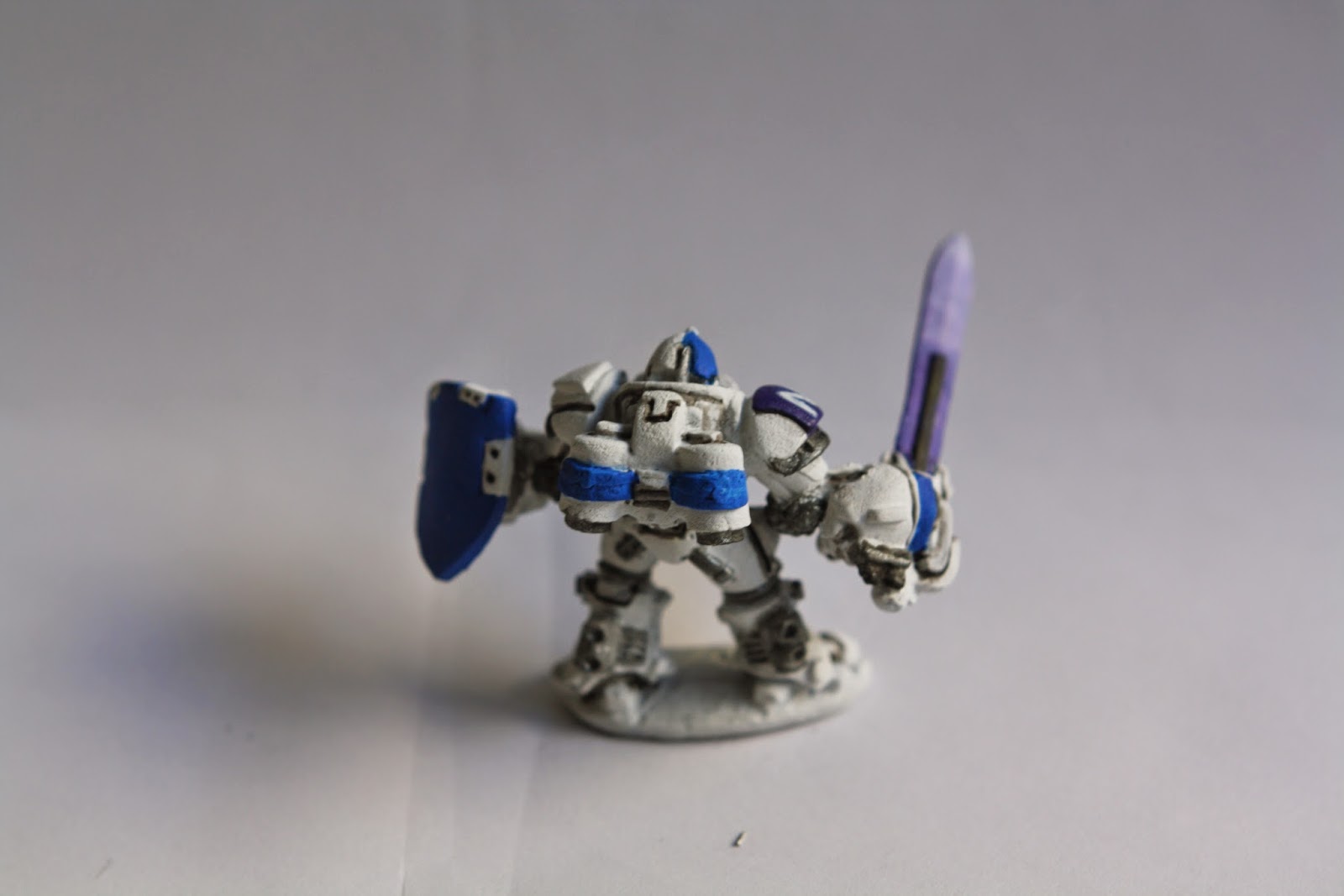 Meet the "Noblesse", personal BattleSuit of the Purple Knight. Fitted for close combat, carring a energy blade and repulsor shield, the Noblesse embodies ancient ideals of chivalry. Boosters on various parts of the suit makes it deceptively fast.

There is one more strange rumor that's been floating around, retold in spaceport dive-bars and from refugees from the battles. They are vague on the details, but one piece stays the same; A Knight in colors that doesn't belong to any known Baron or Marine fighting force, with a deaths head instead of a face. 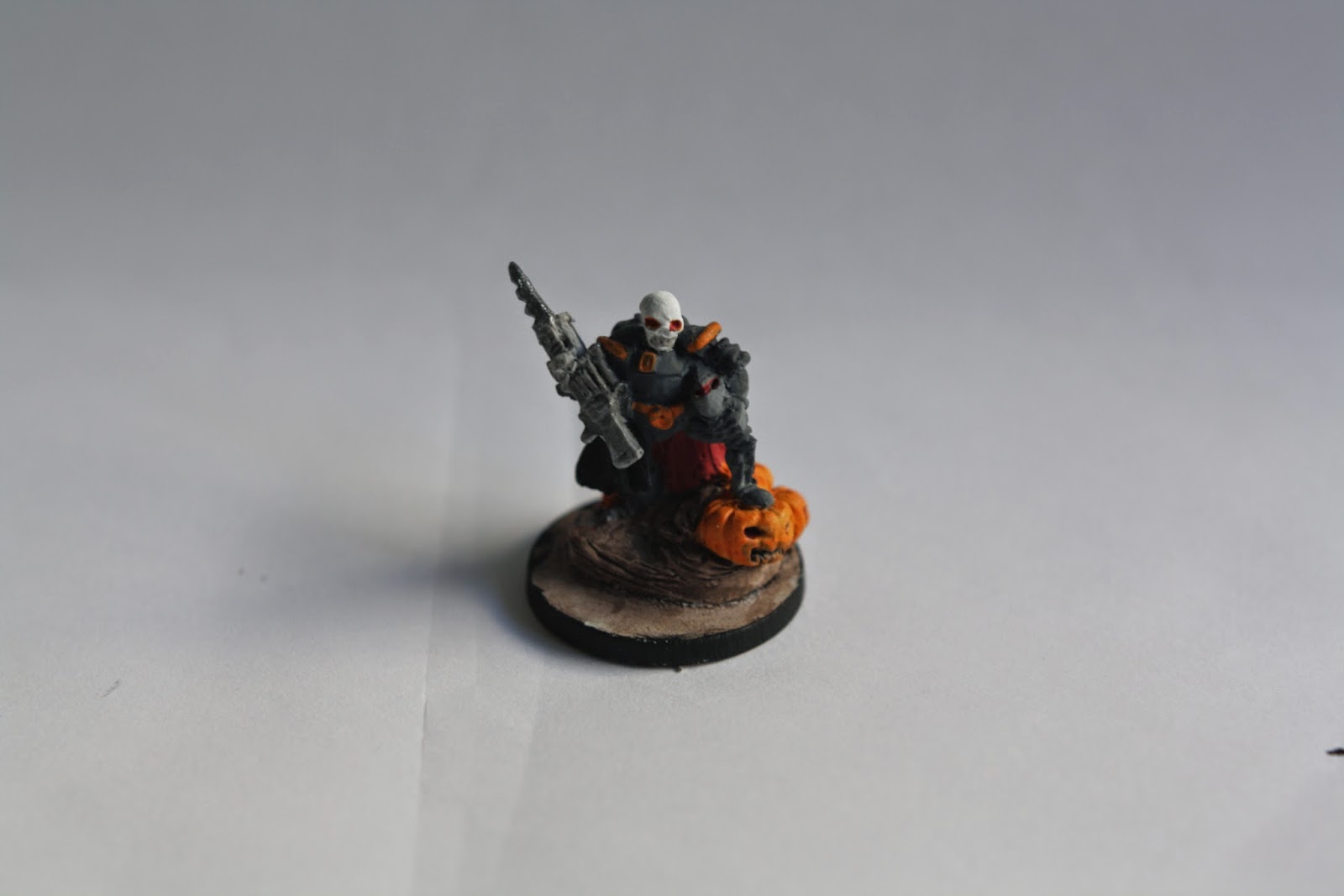 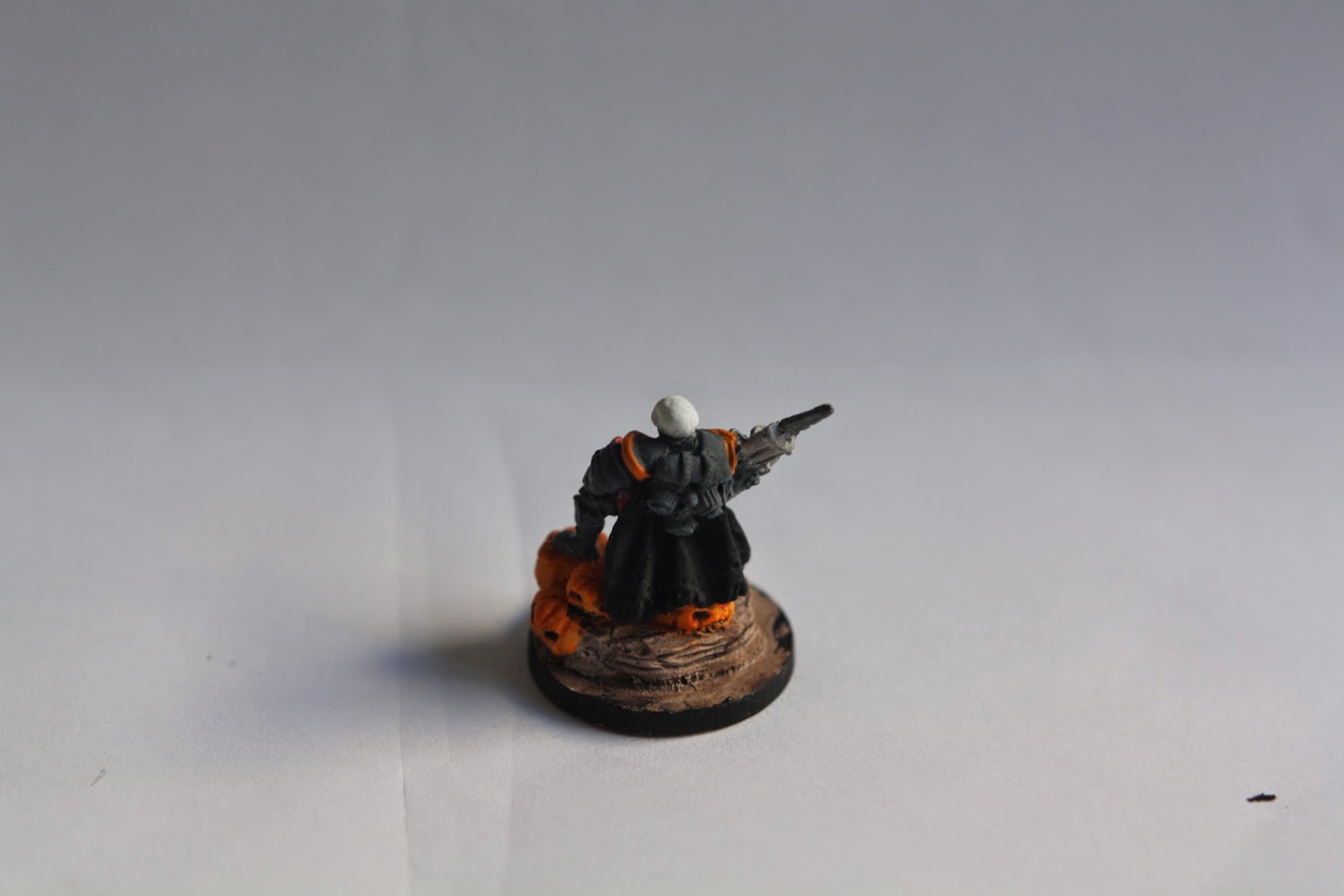 Who is this mysterious Knight, what is he doing there, and to whom does he swear allegiance?

As the war rages on, these questions, and many others, will be answered. But who will be there to hear them?


That's the all for this time, the last two Skylarks, as well as a few more BattleSuits will hopefully be shared in a few days or so. A battle report should hopefully show up in the coming weeks as well!

A big thank you to my Fiancé is in order as well, without her encouragement and support to get me back into the hobby I wouldn't be doing any of this. Thank you Nico, I love you!


Posted by Alexander Wasberg at 05:54