All the things completed up until my vacation-post

For a few weeks leading up to my vacation I have been all over the place, having a hard time deciding on what to do next hobby-wise. So before making the post of what I settled on, I feel I should share what I managed to finish:

First out we have the retro-future sculpts from my last post, all painted up and ready for battle: 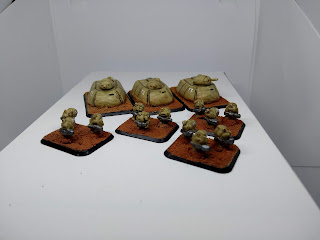 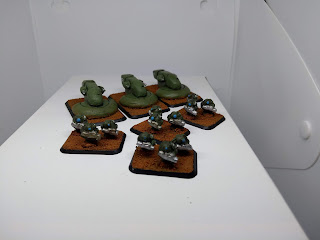 They didn't turn out as nice as I had hoped, with the moulds losing some detail and issues with air bubbles on the infantry. I might add a few disel-punk/retro future pieces, but over all I think they are serviceable. 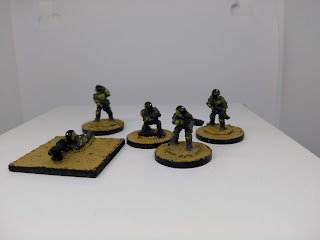 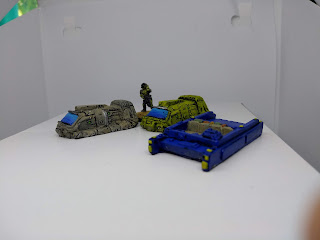 For a little while I felt like I might want to move my character driven sci-fi games up to 15mm for the added recognizability at the larger scale. So I painted up this lightly armored strike team and some grav speeders in case I felt like having a few adventures with them later on. 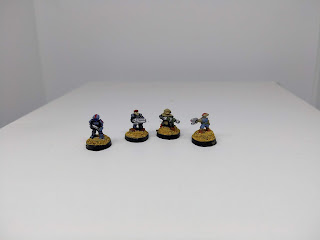 Not content to stay with an idea for more than a few days at most, I painted up this team of adventurers and started re-basing some of my 6mm single figures to smaller bases as well.
Seeing as I ususally come back to 6mm soon enough it feels like it was worth the effort even if I don't think these chaps will be making the fringe less safe right now.. 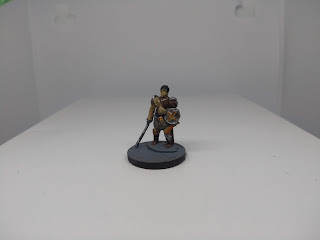 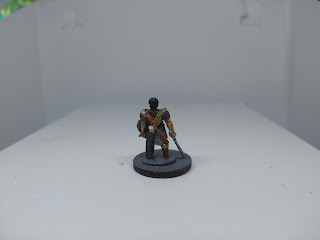 Finally we have a 15mm adventurer from alternative armies that I decided to re-sculpt some armor on. It turned out ok, he might even join my desert fantasy games when/if I get back to it!

That's all I've been up to as of last week. I have a project in the pipeline that I will share some details of soon, just need to go through some notes and photos before I post that.

Til next time!
Posted by Alexander Wasberg at 06:51