Playing around with some of the big boys; Sci-fi Rpg inspired project


Like a lot of us I got introduced to the wargaming hobby through Warhammer. Say what you want about the rules, but the minis will always have a place in my heart.
That said, I haven't painted a citadel miniature in years, I've managed to steer clear of 28mm miniatures since I stopped playing Warmachine and Infinity a few years back.

First 15mm, and then 6mm have saved me a lot of space and allowed for many interesting projects over the years. But lately I've felt the pull of 28/32mm again, particularly for more character focused games. Being able to more easily identify characters on the table and having more characterful miniatures made me decide to make my next project a  28mm one.

Channeling the old-school RT and Laserburn, we'll see a team of freelance former Imperial Guard mixing it up on the edges of known space: 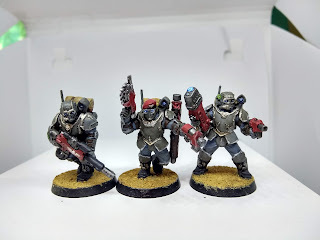 Our protagonists. After years in imperial service these three decided to try their luck plying their skills in the less controlled parts of the imperium, seeking their fortune. 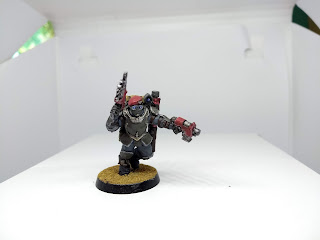 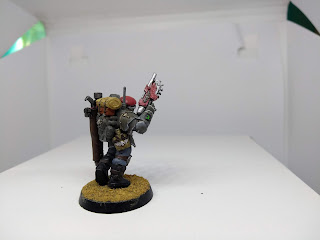 Caleb Isaacs, the leader of the team. Formerly a captain, two of his former subordinates decided to join their battle-brother and commander in his quest for fortune. Isaacs prefer up close and personal combat, leading from the front with his trusty bolt pistol. 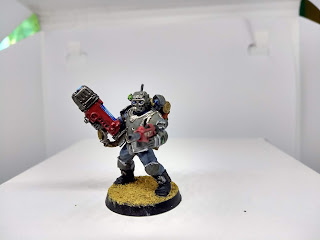 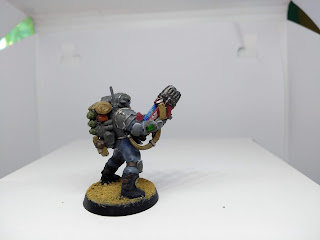 Augustus Couley, heavy weapons trooper and demolitions enthusiast. He loves nothing better than blowing stuff up, and getting paid for it makes it that much sweeter. Hot-tempered but good-natured, Augustus followed Caleb without a second thought when the opportunity presented itself. 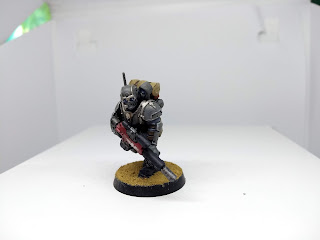 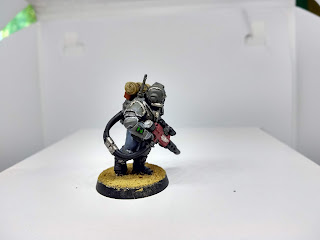 Ali Yanaga, marksman and scrounger extraordinaire. Calm and composed, Ali was chosen for sniper training right out of boot camp. With a talent for finding just what he needs on and off the battlefield, he is a man that it pays to be friends with.

So these three are the team we will be following in the campaign I'm working on!

When it comes to potential opposition I'm really spoilt for choice, but I want to start with something a bit more traditional and we'll see if the madness-inducing creatures of the warp wants to come out to play later in the campaign.. 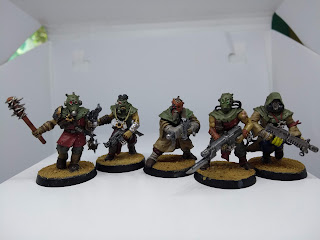 The green hoods, a local group of thugs, deserters and all-around lowlifes. Just like most worlds far from the light of terra, the lack of imperial presence leaves room for all sorts to fight it out to be the de-facto rulers. 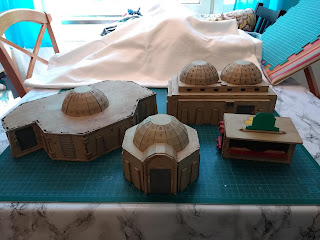 Since I haven't played much of anything 28mm outside of the FLGS, I had to get some buildings and such. Thankfully much of the natural terrain like rocks and trees I have enough scale-neutral ones to last me. 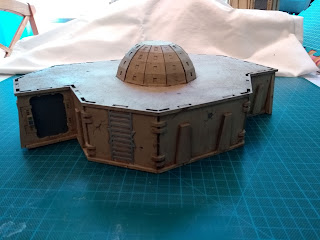 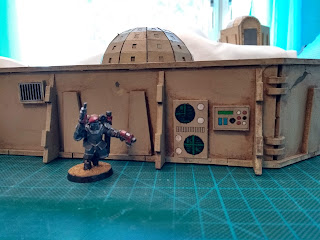 The local bar in the city where we find our protagonists. Somewhat of a dive bar, run down and full of questionable characters. 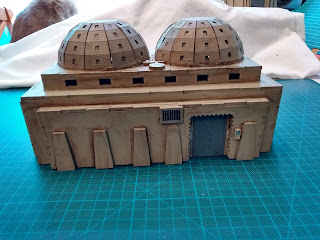 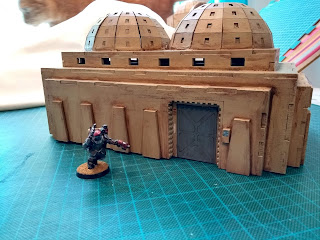 A large dwelling, maybe the home of somebody important enough to afford something larger than the cramped hovels that are the norm out here. 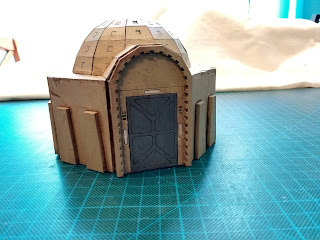 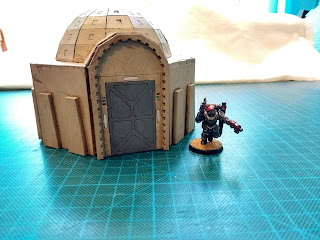 One of the aforementioned hovels. While they were designed as single resident habs, most of these units fit as many occupants as they can. This helps the poor souls save what meager credits they can by craming themselves in and sharing the costs with other unfortunates. 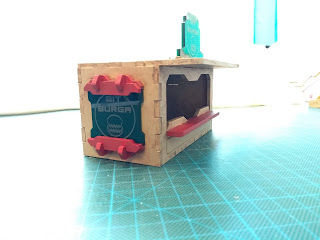 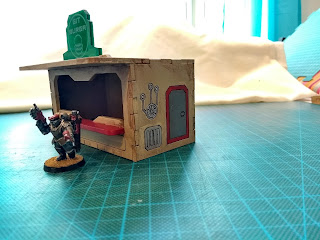 Git Burga, one of the planets most popular fast-food franchises. Of questionable nutritional value but affordable and easy to eat, Git Burga is still the go to for most people on the go. 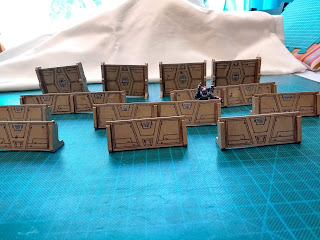 These barricades are put up by business and whatever thugs run the town at the moment, in equal parts to protect themselves and the residents from the firefights that will inevitably break out at any time. 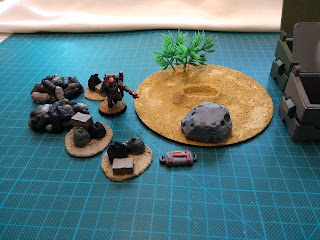 Whereever lots of humanoids gather, there will be lots of waste. Garbage bags and discarded boxes usually fill alleys behind various establishments in the town. 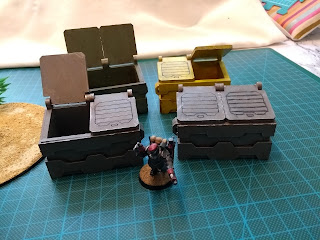 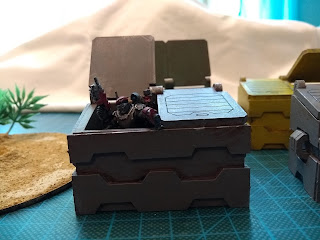 Large dumpsters like these are not all that uncommon, but you need a contract with whoever is in charge of sanitation. That might be why you often find piles of garbage in the alleys behind homes and small businesses even though these dumpsters are technically available.

So this is my big project for this summer. I'll be using a home-brew version of OSR rules to play these games, as I feel a RPG ruleset works better for what I want the focus to be rather than pure wargames rules.

I hope you'll like it, more is coming soon!

Posted by Alexander Wasberg at 08:31