New buildings on the workbench and another mech finished

I saw a few of the buildings from Blotz.co.uk a few weeks back and having a some extra cash to spend, I decided to order a couple.

I haven't had the time to paint them just yet, but here they are assembled:

I might have gotten a bit enthusiastic, with these 12 buildings I've just about doubled the number of large buildings available to me. I'm currently agonizing over what colors to paint them, maybe I'll break out the airbrush again..

While I was putting the above buildings together, I also started painting the last two of my ME mechs.
So far I only finished one of them, but here it is: 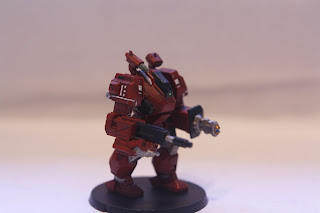 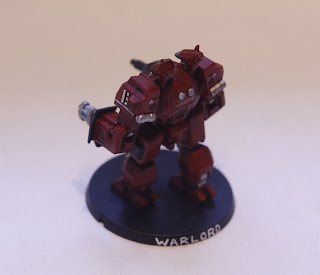 Callsign Warlord, a freelancing merc. Armed to the teeth, this mech has DEWs, autocannons,machineguns and a mix of rockets. Warlord has managed to make quite a name for himself on the fringes of human space, as a one man army. While he is not above working with others, he often takes solo contracts.

So that's todays little update, I have a few photos from some recent games that I managed to find the time for. I have (again) been playing around with using some alternative rules to play my mecha games, more on that soon.

Posted by Alexander Wasberg at 08:11