Heroes, Villians and others of note; Characters of my Starport Scum campaign

Just like with the Saga of Clarke, I figured it would be easiest to gather all the characters and their background in one post, for easy reference. 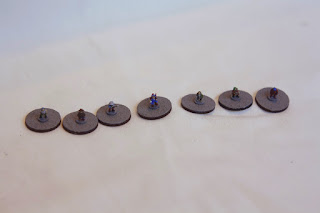 This is the first bunch of notable characters. 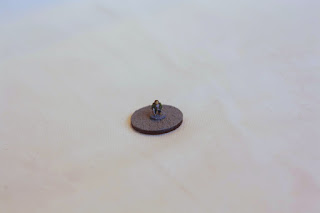 Traits
Tough guy - Ignores the first hit every round.
Fighter - Rolls +1D in close combat.
Intimidating - Any attempt to intimidate models during conversations succeed on a roll of 3+.

Equipment
Custom Shotgun - +1D if target is within 12" when attacking, -1D if over 12". Hits all targets within 2" of original target.
Combat Knife
Body armor - 2D save.

Formerly from the core worlds of Unity, Vic came to the fringe years ago. After his first employer stranded him in the outer reaches, he has put his skills to use as a fixer, taking on jobs too messy or dangerous for local talent to handle. Never one to shy away from a fight, or a lost cause, Vic does attempt to stay away from the big Corporations and Unity, as they were the reason he ended up out here. Vic is the de-facto leader of the small team, being the most experienced. 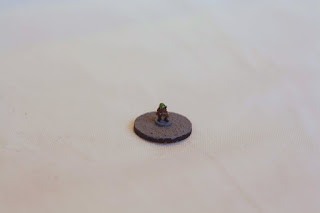 A fringe local, CC grew up on a farmstead in a backwater system called Quineg. A clever and resourceful girl, she quickly showed an aptitude for hunting and was trained to track and hunt from a young age. Her early life was a hard but honest one, as life tends to be on the fringe. But like so many others, her life soon took a tragic turn when a raiding group of space pirates came to her home. The farmers and townsfolk put up a fierce fight, but it was ultimately doomed.
Just when she thought she was being shipped off as a slave for the rest of her life, Vic swooped in like a knight in shining armour. He'd been hired to deal with the pirates by a local businessman, and had shot and stabbed his way through them to get their boss. In doing so, CC and several other young ones where saved.
She begged Vic to take her with him, since her family hadn't survived the raids. He eventually relented, and CC have been his loyal comrade ever since. 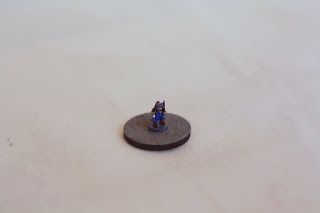 Kai's origin is unclear, but what we do know is that he's been trained in martial arts and spent several years in fighting pits around the fringe. Most of the fighters are slaves or debt-slaves working off what they owe, but Kai found it a lucrative business. After a number of years he ran foul of some powerful gangsters, and decided to take up a new job as a fixer. Combining his fighting skills with the technical aptitude cultivated as a child, he quickly made a name for himself. That's when he ran into Vic and CC during a job. The three of them combined forces, and have worked together ever since. 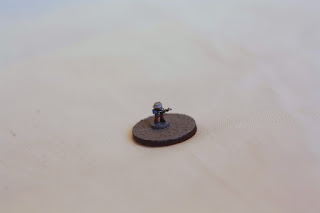 Graham is the captain of the Void Stalkers, a successfull mercenary group that works with many of the bigger names on the fringe. They are even rumored to have connections to some of the big Corps on the core worlds, but it's anyones guess if thats true, or just a rumor he encourages. Gramham is a charismatic man of action and a former Unity soldier, who started up the Void Stalkers with what was left of his command after a mission gone wrong. Due to a bureaucratic snafu, they were never reported MIA and presumed dead. Left to his own devices, he built his organization over the last 20 years, employing other former soldiers and security personel like himself and have managed to make it one of the biggest players on the fringe. He currently holds a long-time contract with a mysterious and well-funded patron. 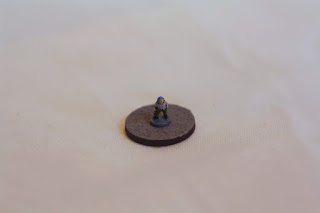 Bella was an orphan on a already crowded world closer to the core worlds, she grew up fighting in the streets of the hive city of her birth. Quite by accident she piqued the interest of a Unity agent on assignment when she was just 8 years old, and so she was taken into the Unity training program. After many years of grueling tests and trials, she was sent to the fringe, to join and report on a up-and-coming mercenary group known as the Void Stalkers. Her years of training served her well, and within a few years she'd made it into the inner circle as the 2nd in command. Working in the moral grey-zone of the mercs world has unbeknownst to her skewed her moral compass, making her handlers worry that she might be compromised. She denies this, but have stopped all communication since. Her true loyalties seems unclear at this moment. 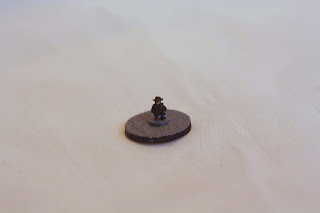 Traits
Quick trigger finger - May shoot twice in an attack.
Danger sense - Can sense and avoid traps on a roll of 5+.
Tracker - Can track any non-droid.

Equipment
Revolver - Accurate (+1D to ranged attacks within 12"), Impact(Saves only on 6+)
Body armor(limited) - 1D save.

Hannibal is a bounty hunter and self-proclaimed lawman. Styling himself as a old Terran lawman, he has a reputation for always getting his man and never giving up. 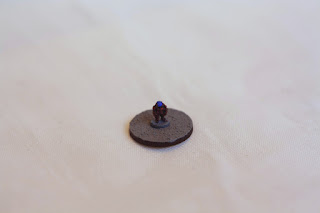 Zak is a enigmatic fellow. Emerging on the fringe a few months ago, Zak came from beyond the outer reaches, uncharted space. No-one knows who or even what he is, only that he is looking for some people and they only know as much because thats the only question his gravelly voice ever asks. Yashar, Thugee and Billby are the marked men, the men who betrayed him and Zak won't ever stop chasing them.

I'll keep updating this post as new characters and creatures show up, and to reflect any changes in traits and/or equipment. Check back every few episodes of the campaign for some more info!

Posted by Alexander Wasberg at 04:29