Work on more parts for the base continues, so today I have a few more things to show you, including some pieces of a more natural sort.


First is some additional Quonsets: 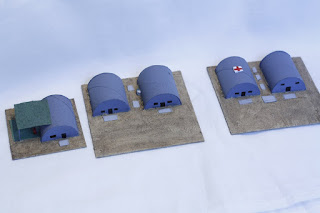 With a few extra huts I think I have what I need for the small base envisioned. 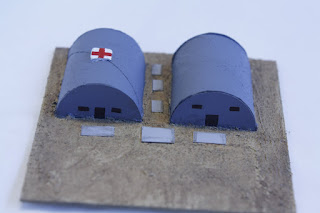 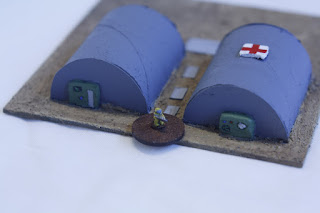 This piece with a medic hut and the bases comms and/or command post have a few details to distinguish it from the regular barracks. 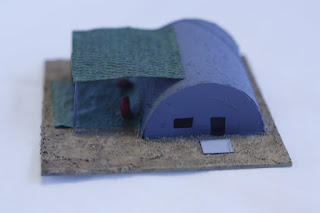 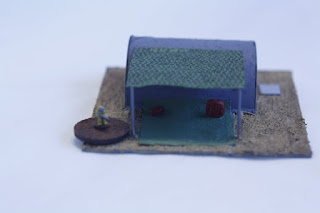 The mechanics hut could function both as maintenance bay and storage shed for tools and the like. The tarps should keep the worst of the elements out of the repairmans hair..

Inspired by the really cool domes in some of Sayiner micro toys recent photo ops, I decided to make some of my own: 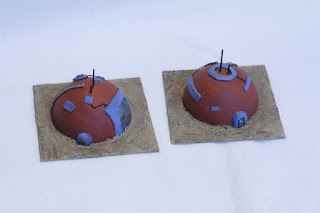 The dome with the big door (on the left) I imagine would be industrial in nature, the entrance to a mine or similar underground complex. The other could be a number of things, habitation in the hostile climates of some worlds for example. 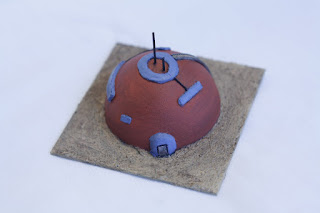 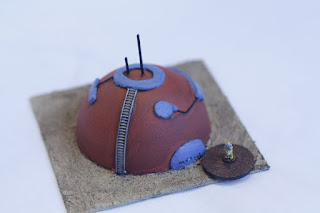 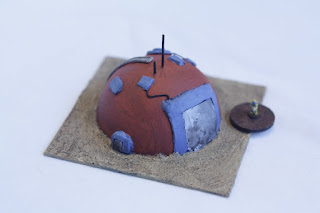 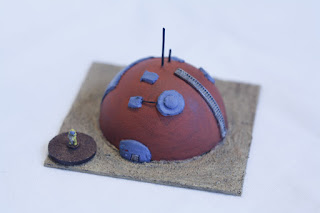 Last but certainly not least, I realized some time ago that I have quite a few buildings and such for my desert/badlands board, but not so much in the ways of rocks and other natural features. The few scrubs and ruined walls I have is by far too little to stage good-looking fights in the less inhabited parts of the planets. 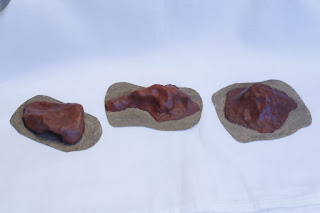 So I made these bigger rock formations. While they doesn't solve all my desert-featured woes, they are a step in the right direction, and easy to make to boot! 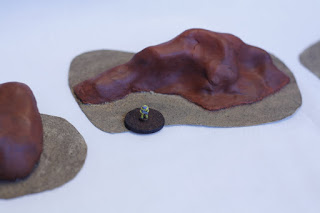 A thin layer of oven-bake clay stretched over crushed-up tin foil, these pieces came out better than I hoped when they had some paint applied to them! 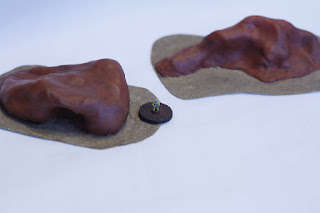 That's all for the moment, as I'm currently considering a mini-campaign in my version of the Fringe setting. To that purpose I have started painting up a couple of mini's for the main unit of the envisioned campaign. I also have a few ideas for a all-out, combined arms military campaign featuring some of the big players far from Unity's prying eyes.
Next time I also hope to share a recent AAR, with the NIJAs SADU and the NTC once again clashing!

Til next time!
Posted by Alexander Wasberg at 01:21