Somewhere in the Midas system, a few unassuming cargo-haulers float in orbit of a large asteroid. There is little that stands out about these vessels, exept for their markings: A great lizard from Terra's ancient past, the Komodo dragon. 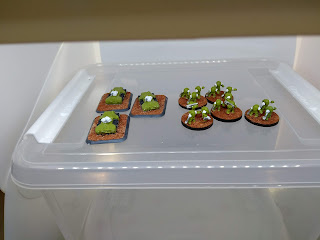 In one of the many converted bays abord the ships, a small force is getting ready. 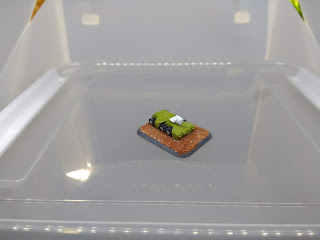 Engineers rush about, checking fuel and ammo loads, air pressure and a host of other things as well. The trio of fast attack vehicles roll up the ramp of an assault shuttle when they get the green light, their multi-purpose autocannons tracking this way and that as final weapon checks are being finalized. 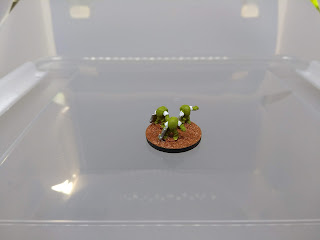 Stepping off their cradles and testing out the linkage, the operators of the Mk. 17 Power Armor is a rare sight on the fringe, unless something has gone very wrong. These high-tech marvels turn a soldier into a bounding mini-tank, able to take on almost anything on the fringe. Usually they would only be part of a Unity intervention force, but recent changes has opened up the legitimate market for private companies like Komodo. 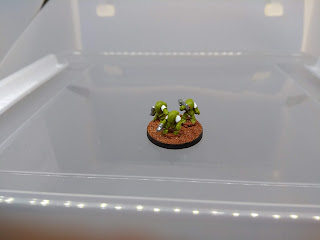 Two of the five teams of Mk 17s also carry heavier weapons to deal with hardened targets and groups of entrenched enemy infantry. Or just about any thing or one that gets in their way.

In the ops center of the main hauler-turned-carrier, a comms operator suddenly calls out: "Commander, we have an incoming transmission."
"What's the code, comms?" the Commander asks instantly.
"Vermillion Alpha, sir!"
"Finally! Transfer the incoming to my screen, if you would."
"Yes sir!"

Looking over at his screen, the commander smiles as he reads the short message:
"K,
Previously discussed arrangement is in order. Please send comfirmation on the usual channel.
Your friend C."

The Commander stood up and transmitted on company-wide band:
"Dragons, this is Commander Keller. The time we have all been waiting for is here. Let's get ready to do what we came here for."

I'm hoping to show off what happens when the Komodos land in a few days.

Til next time!
Posted by Alexander Wasberg at 20:38