More than a few gears, too long in the making.


During my time off this summer I decided to finally take the plunge and order some of the new plastic Heavy Gear models from Dream Pod 9. I'd been holding off since their shipping charges to the EU are a bit pricey, but I'm glad I finally did get them!

The models are gorgeous, especially to a VOTOMS fan like myself. Since I got the 2 player starter to make sure I had enough models for two forces that would last me a good while, it has taken this long just to get them all painted up.

But now it's done, and you can see the result for yourselves: 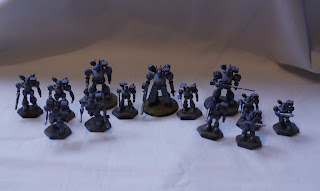 The southern gears. I decided to keep their colors more or less the standard scheme, since gray on gray is one of my favorites anyhow. 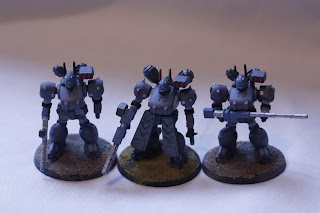 The heavies, King Cobra in the middle, flanked by two Spitting Cobras. 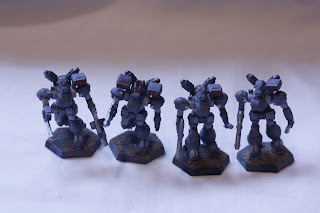 The Black Mambas, going to be the assault squad in my games. 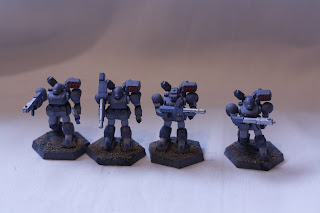 Jaeger general purpose gear, the standard gear of choice for the southern army. 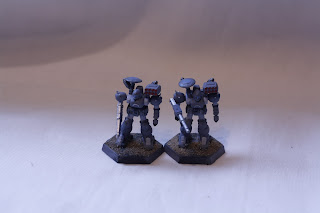 Fighting against them will be the Northern army: 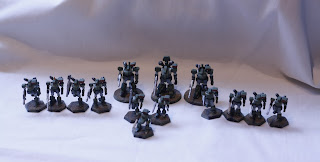 The Northerners. While I do like the original white on ocre scheme of the Northern army, I decided to give them the standard coloring of the ATM-09 Scopedog, the main mecha of VOTOMS. 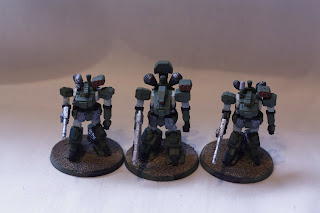 The Northern heavies, Kodiak in the middle flanked by two Grizzlys. 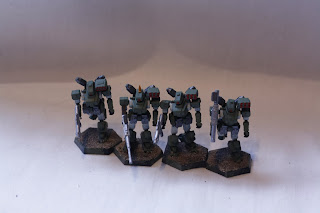 A squad of Jaguar gears. They will be shouldering an assault role, similar to the southern Black Mambas. 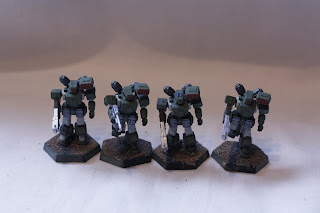 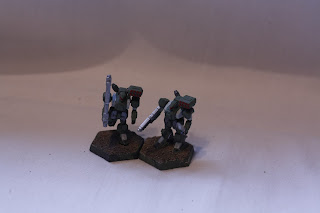 A pair of Cheetahs. Light gears for scouting and harrasing enemy units, darting in to strike at weak spots before disappearing again. 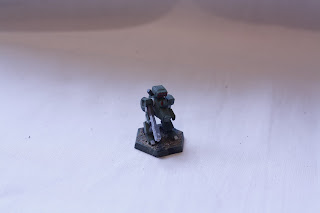 The last Nothern unit is the Ferret. A super-light gear, smaller than even the Cheetahs. While it can fight with it's standard loadout of autocannon and a missile pack, the primary job of a Ferret is recon and artillery spotting.


That is the whole lot!

I'm not sure if I'll be able to fit them in with the rest of my factions on the fringe, if they do they will most likely be included as two sides fighting each other in a strictly planetary affair.
Who knows, maybe one of the many mercenary units or fighting Mega-Corps will get drawn into the situation?

Posted by Alexander Wasberg at 00:14