Some Mecha things I've been working on.


The last few weeks I've been sculpting quite a lot, and not only the Giant Stompy Robots I've been showing off lately.
I also had a few ideas for some more regular sized mechs and some other models too: 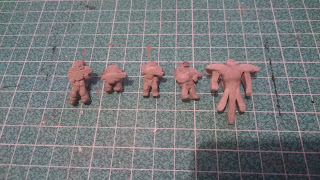 All these guys are trial pieces for an idea that popped into my head while making the BSRs, namely mech space battles. Both VOTOMS and Gundam (some of my favorite shows ever) feature a fair bit of mecha fighting in space and while I haven't decided if this is going somewhere yet, I like some of the initial attempts enough that I've stuck with it. The shot isn't great, but I hope to share some better ones soon. 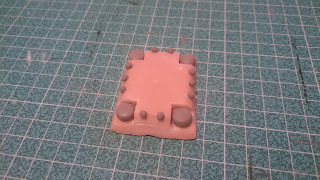 This piece is might be hard to recognize at present, but it is the main hull for a super-heavy tank. All of the darker pieces are hardpoints for various armaments. I might add a main turret or a rocket battery to the hull,  we'll see. 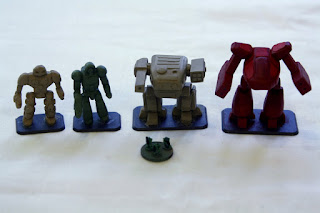 With numerous ideas in my head and no way to decide which to pursue, I went ahead and made all of them. Two inspired by various japanese mechs and battletech to some extent, while the rightmost two were equal parts battletech and mech image searches. 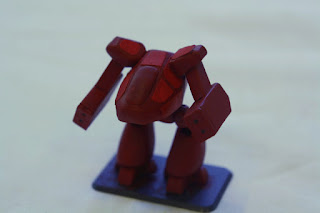 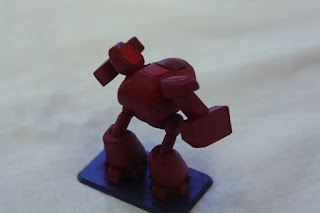 Not unlike the big red Stompy Robot I showed off some time ago, this one is mostly inspired by the Battletech Marauder with some inspiration from some 15 and 6mm walkers I own. 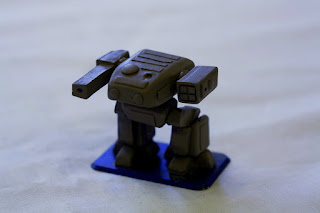 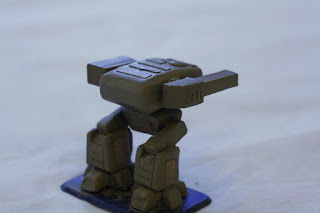 Similarly, this walker is also mostly inspired by various Battletech and Mechwarrior sources, primarly the videogames. Armed with a fusion cannon and missile launcher, it's a versatile mech. 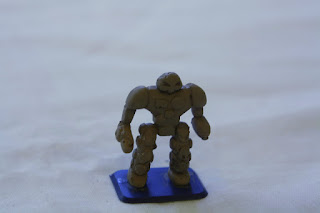 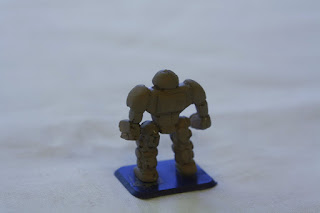 First of the more humanoid mechs is a model inspired by the Atlas mech from battletech. Unlike it's source model, it carries mostly energy weapons, a fusion cannon and laser on it's arms. However an integral missile launcher and/or a auto cannon can be fitted into the chest of the mech. 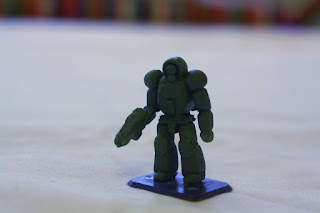 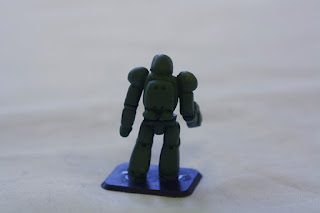 The last of the new prototypes is inspired by the gundam ZAKU II, one of my all-time favorite mechs. It only carries the hand-held weapon in the standard configuration, but I have a few optional extras in mind for some of the mechs coming off the assembly line.


That's all the WiP mechs I have to show for now, but there will be some more pics as I finish up the painjobs on all the latter, and when I finish assembly and painting on the small mechs/power armor and super-heavy tank in the beginning of the post.

I had a 2 on 2 Giant robot battle this weekend, which I hope to share in a few days, as soon as all the photos have been sorted and I've had a chance to write something up. I'm looking into making some assault transports for the proposed 3mm space battle mecha WiP models showcased as well, but we'll see how far I get with that right now.
There is also a group of photos of the terrain tiles together, showing how it might look all assembled, minus the gaps where there are still tiles to be made of course.

Posted by Alexander Wasberg at 23:10