Halfway post for the new terrain tiles; and the 5th stompy robot all done!

Having come just about halfway, I thought that this is a perfect opportunity to showcase the tiles together for the first time: 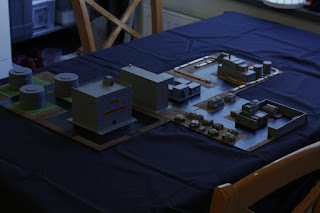 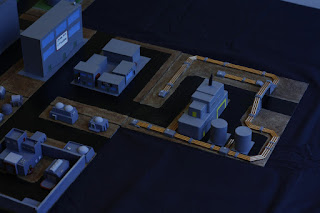 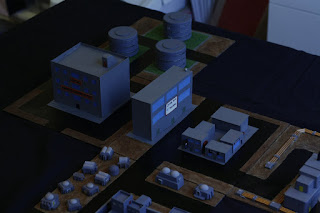 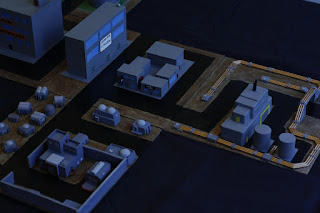 As you can see, it's shaping up to be a quite substancial town, even if there's some holes where the remaining tiles go. Seeing it all together, I'm rather tempted to add another few tiles. We'll see if that happens..

On the topic of finishing things, the fifth Giant Stompy Robot is all painted up! 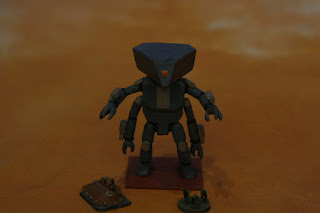 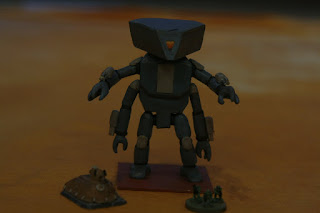 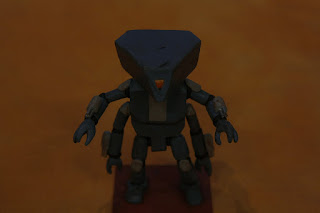 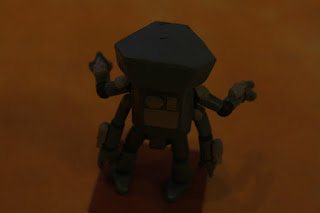 Looking suitably menacing with it's claws and quadruple rotary cannons, it towers over all but the biggest of mechs. Slimmer and more humanoid, it's design is somewhat of a departure from the remaining 4, although not as much as the red giant mech, the Dachô.

While I'm still looking for a good way to make and introduce some smaller units to aid the Giant mechs, I've been plugging away at both the 3/6mm space minis and started preparing another set of tiles, no 6 and no 7, respectivly.

The AAR of my 2 on 2 giant robot battle will be forthcoming, but due to some internet issues I've not made as much progress as I had originally intended. I'm hoping it will be finished in a few days though!

Til next time!
Posted by Alexander Wasberg at 03:10