Zephyrs Beta unit, some opposition and another WiP

With Alpha unit on the fringe, Zyphyr have a strong core force. They do not have any mechas however, but that is about to change with the arrival of Beta unit: 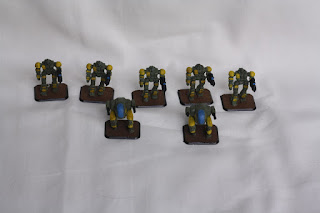 The 2 squads of Beta: 5 heavy Zyklop mechs and a pair of lighter Raptor mechs. 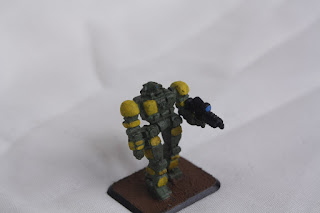 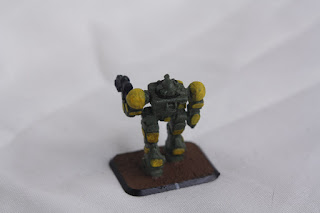 The Zyklop is a heavy unit from the factories of the core worlds. A no-nonsense slugger, this mech is known for it's ability to take a punishment while producing an impressive volume of fire. 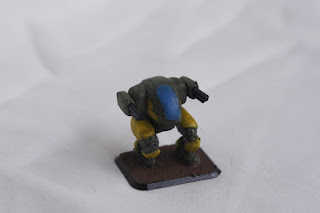 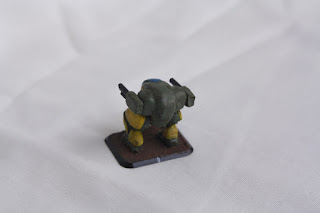 The Raptor is a medium mech made for scouting actions and harassing enemy units. Quick and agile like it's namesake, the raptor often work in small units flanking and herding their prey towards it's heavier comrades.

These mechs are part of Zephyr's problem on the fringe. After the Warg units were driven back from Union space, Zepyr decided to take direct control of their Union asset. Shortly after this decision was finalized and Zephyr had taken control, new trouble started brewing. Reports of strikes by a unknown mercenary regiment came filtering in. After some time, and more attacks, the Megacorp's intelligence division managed to put a name to them: Burke's Iron Men. 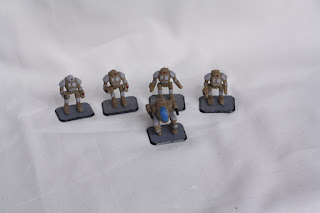 So far only a lance of mechs have been positively identified, but rumors of armored infantry and combat vehicles have been reported in several attacks. The identified lance consists of a raptor and 4 Watchers. 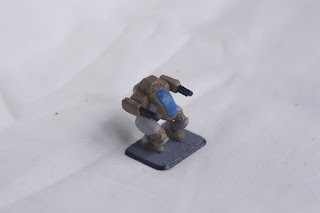 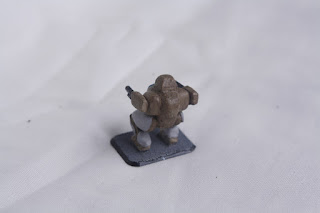 The Raptor is the same basic model as the one used by Zephyr, exept for the extra missile launcher attached over the cockpit. 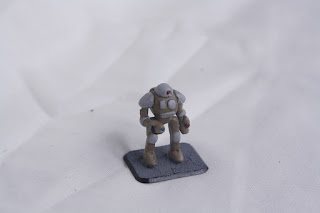 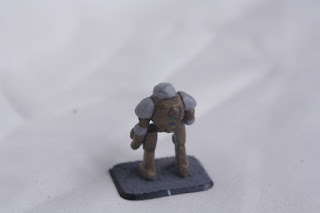 The Watchers are a medium class mecha from the same factories as the Raptor. Unlike it's sister model, the Watchers are made for frontline combat. Armed with a large fusion cannon and with a optional laser, it also carries sophisticated electronics and advanced sensors.

The Iron Men will have conventional elements added as time goes on, but I still have a few ideas that I want to make into models. 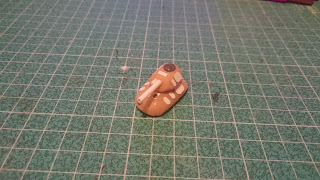 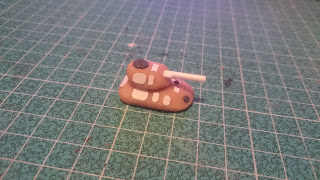 Having looked at a few futuristic tanks too many, I decided to try my hand at one. And this is what I came up with. I also have a prototype super-heavy tank in the works, but it might end up being more of a victorian landship. We'll see I guess.

I have recently tried out a supplement for Starport Scum, I'll talk a bit about it and maybe have some pics for you next time.

Til next time!
Posted by Alexander Wasberg at 05:14