Unable to keep myself focused on finishing up the things I've already started, I made two more sculpts during last week: 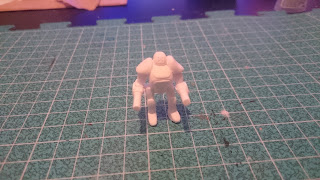 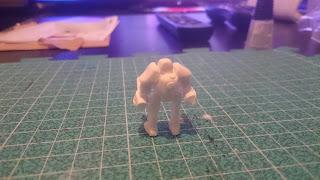 This first one is another swing at the sort of retro look of my first mech, a few weeks back. I imagine it being a model from the same design series as the first, hence the similarities. This first cast was assembled with dual energy cannons, inspired by the Battletech Warhammer, one of my favorites. I also made an arm with a claw that can be installed in place of one cannon and the smaller energy weapon from the first sculpt can be attached to this frame as well. 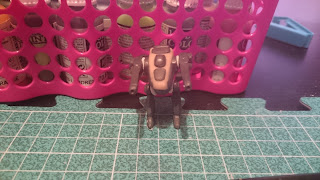 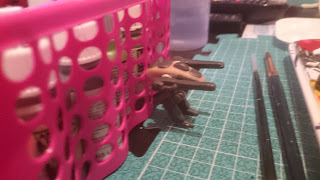 Being a bit back heavy at the moment, I had to lean the master against something for this photo. Inspired by both the Marauder and Crab 'mechs, this one is to be designated "Grand Raptor". Like the second sculpt I made, it has weapon hardpoints rather than arms with manipulators as this makes more sense to me given the general aesthetics of the mech.


I've also ordered some new resin, so hopefully I should be able to show off some crisp new mechs next week. While I wait I have started painting the initial casts. Some of the 2nd type will join Zephyr as part of Unit Beta or maybe even form their own as Unit Charlie, while all of the 1st type along a with a few of the 2nd will be part of Zepyr's main adversary out on the fringe.

More info on all of this to come, and possibly some more starport scum as well!

Til next time!
Posted by Alexander Wasberg at 22:15