More of Burke's Iron Men, the Grand Raptor and some thoughts about "Survey and Explore" from NWG

The last of my current set of mechs, the Grand Raptor have made it through the paint cue and along with another raptor have been dispatched to Zephyr. 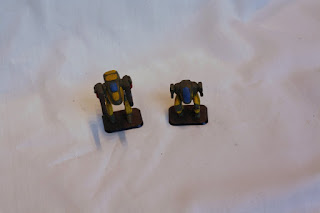 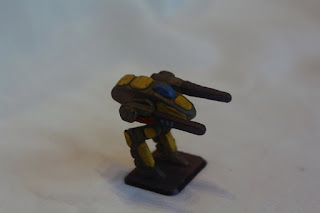 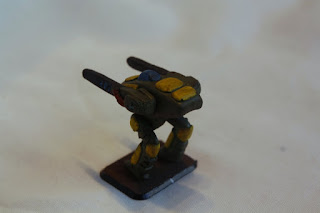 The Grand Raptor. Bigger and better armed, this heavy mech is the big brother of the Raptor class mech. Seen here with the standard double extended-range fusion cannons, this warmachine is deadly at any range.


At the same time as the new models arrive for Zephyr, reports are coming in that in the wake of a recent raid, conventional elements of the Iron Men have been positivly identified from footage taken by the Megacorp's security forces. 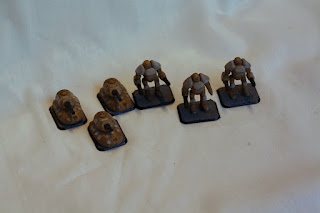 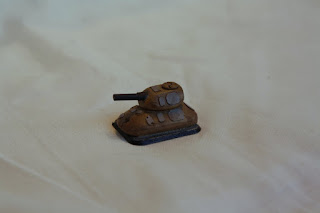 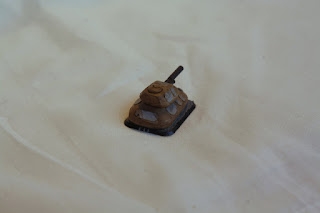 The new heavy tanks. These grav tanks are the first three of a custom machine manufactured for Burke´s Iron Men. Slightly larger and more powerfully armed than their standard heavy hover tanks, these metal giants have an advantage not commonly afforded by mercenaries. 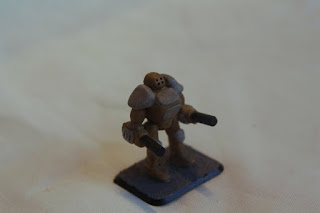 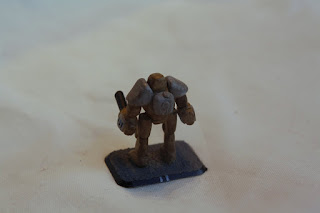 The Slugger heavy mech. In essence a modified Watcher, this mech have heavier armor and an upgraded powerplant. Instead of the small fusion cannon usually carried by it's parent model, the Slugger has an extended range cannon. It also has a new head model to house the upgraded fire-control software and also comes with a  choice of an additional cannon or a close-combat claw. 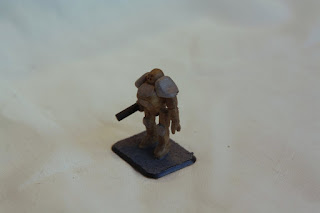 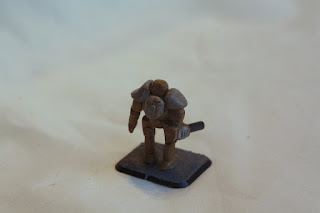 The remaining conventional elements that have been identified by Zephyr intelligence. 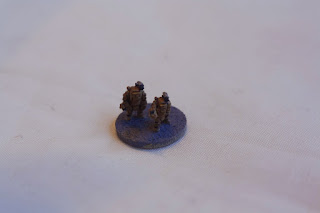 The backbone of the mercenary company, the eponymous Iron men heavy infantry units. Clad in powered armor with machineguns and a heavy rifle mounted over the shoulder, this elite infantry units are trained to take on anything thrown at them, even mechs. So far 6 elements have been sighted, but more are surely waiting to strike. 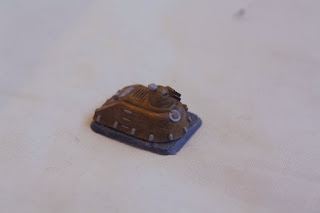 The standard cavalry units of the company is the Chaser class hover tanks. The light tank have a lighter turret with linked auto-cannons. The lower weight makes it faster than the heavy and artillery versions, an exellent ambusher and scout. 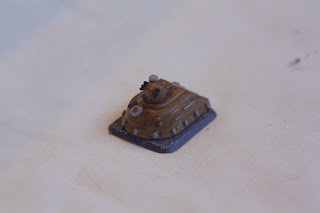 The heavy Chaser has bigger engine and a 120mm cannon, so like the other versions it relies on ballistic weapons rather than energy weapons like most mechs. This is mostly due to the fact that the fusion engines used in these models aren't powerful enough to support a fully energy based weaponry system as well as engine and support systems. 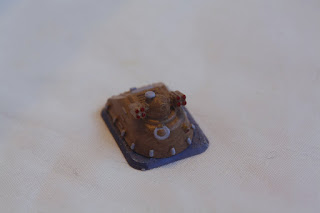 The last of the Chaser models used by the Iron Men is an armored artillery version. Most of the hull is taken up by the targeting computers and the increased magazine with it's integral auto-loader, so this version of the Chaser is by far the slowest as well.
But using missiles instead of a conventional cannon allows for mobile fire support as the artillery unit doesn't need to stop and settle down before firing. 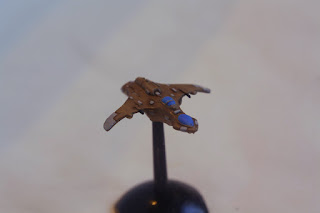 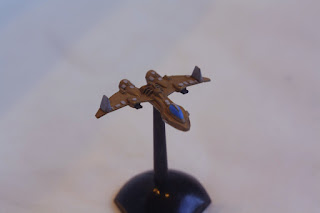 Finally Burke´s Iron Men have their own aerospace fighters. These two modular assault craft can be equipped and modified to fly a variety of missions against any number of targets.

Finally, I just had a look through one of the latest offerings from Nordic Weasel Games, the Survey and explore supplement. Disclaimer: I got a copy to look over from Ivan, the owner and proprietor of NWG.

So a here's my thoughts, along with some (hopefully) helpful insight into what it's all about:

The copy I was give clocks in at 16 pages, but it's a deceptively full 16 pages!

This little gem is intended as a companion to help you generate previously unsurveyed/unexplored planets and encounters and sights on these planets for adventure games like Starport Scum.

As you might have noticed, I really like Starport Scum, and the supplement gives you a good set of tools and ideas for a traditional "hex-based" exploration, either as part of an ongoing campaign or even as a campaign in itself.

Like with a lot of the NWG offerings, there is a fair number of charts and tables that let's you randomly roll up everything from the size, temperature and overall disposition of the planet. There's also some nice details you can generate; like poisonous atmosphere that makes any damage potentially deadly and rubbery ground that threathens to bounce you around and stun you to things that have little to no mechanical impact on the game, but add flavour, like strange lights in the sky and shorter or longer days.

Each time you move along to a new area, you generate new terrain and that introduces the possibility for some sights, which are special features in the new area that things can happen around or play some part in if an encounter happens. Both sights and encounters is rolled for when you enter a new area, sometimes one or both might happen, and sometimes nothing of any particular note is present. This adds a bit of exitement every time you enter a new area, as you will never be sure what exactly will await you. It could be something simple like some tracks or a stack of resources, to a band of pirates or a group of wild animals less than happy to see you..

It's important to recognize that these areas are fairly abstracted, and the size and relative impact of each encounter and sight in an area is mostly left to the players (or game master, if applicable) which I think is fine in a supplement like this, since it fits with the general RPG-vibes of Starport scum and other RPG-lite wargames or even straight up RPGs.

The last few pages also have some loot-tables and such to help you generate some booty after hard fought battles.

All the specific examples in Survey and Explore are based on Starport Scum, but the supplied information is general enough and clearly presented, so it wouldn't be too hard to use this for any other story-driven adventure game or even RPGs.

If you are looking to make adventures on an unexplored planet, or just want to create some terrain and notable sights for a pick-up game, this might very well be something for you. I know it will serve me well!

Next time I hope to share the first clash between Zephyr and Burke's Iron Men as well as my first attempt at a retro-inspired super-heavy tank.


Posted by Alexander Wasberg at 12:16