A few moulds and casts later..

While far from finished, I wanted to show these test casts of the models I sculpted during last week: 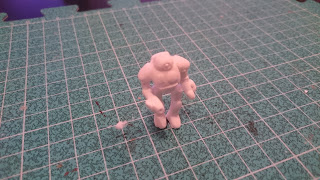 After realizing that my first mould had some problems, I made a new set and it came out much better!
In all white, the details are a bit hard to see, but the re-designed left arm is easy enough to spot, even if the chest panels and backpack isn't! 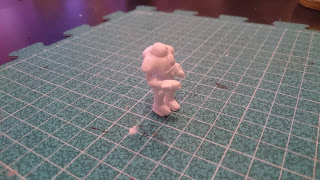 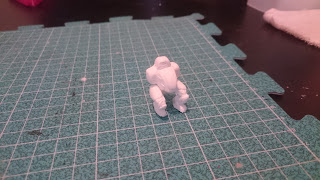 These are both cast in the same sort of plaster I use for moulding buildings from various pieces of packaging and such, just to try out the moulds before I started pouring resin into them. You'll notice that the 2nd mech doesn't have any weapons other than the missile pack, that's because I decided to make a separate mould for those, and I'm still trying to decide if I should re-design them. 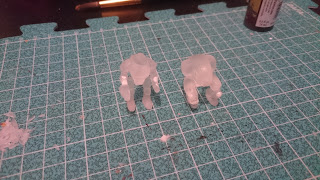 These two are my 2nd pouring of resin, and while they had some flaws, they came out mostly the way I had hoped. My resin does have a very long curing time (about 12-15 hours!) so I have been looking at alternatives to help me speed things up a bit.

While I wait for supplies to arrive, I have another idea for a completely different sort of mech, inspired by these guys: 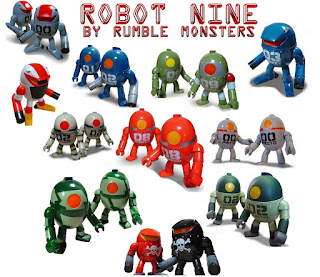 Not the most serious or Grimdark of mechs you've ever seen, but for some reason they speak to me, so I'll have to see what I can come up with..

I should have a few pics of my latest HW force up in a few days I hope, so there is that to look forward to!

Posted by Alexander Wasberg at 23:13