New 6mm armies, the NIJA and the USS

I'm currently making a few extra pieces for the next scenario in the Saga of Clarke, my Clash on the Fringe campaign. But between them being ready for the next game and the game itself, I have something else to share, namely my most recently finished 6mm armies!


First we have the New Imperial Japanese Army in all it's glory: 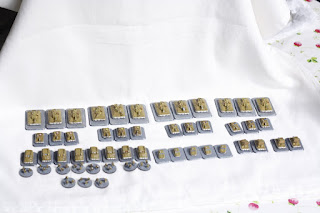 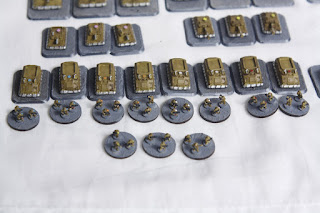 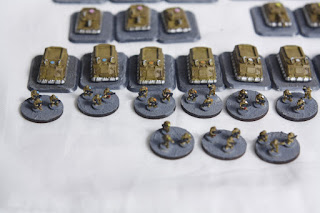 Infantry units along with infantry commanders, shown here with their transports. 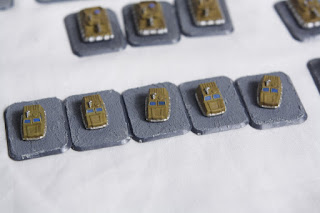 The Wizard scout cars, armed with machineguns. A light recon unit that can spot for the artillery and even carry a single squad into combat if necessary.

The rest of the NIJA pics are repost that I've shown earlier, but I like having them all gathered in the same place. 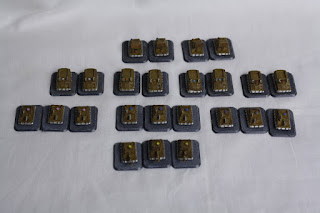 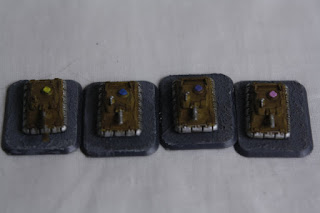 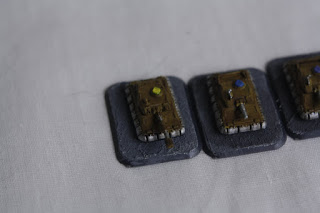 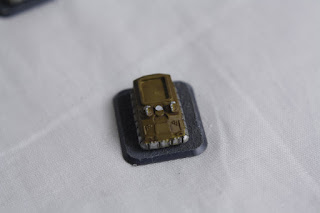 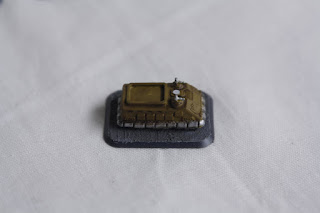 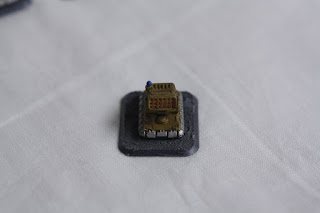 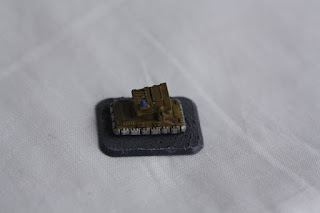 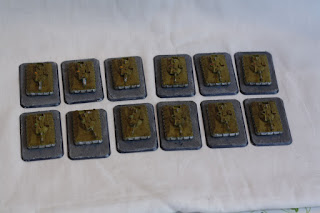 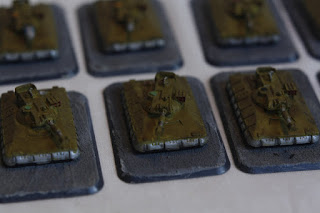 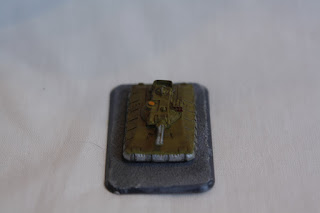 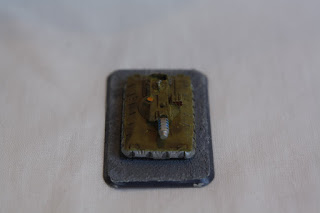 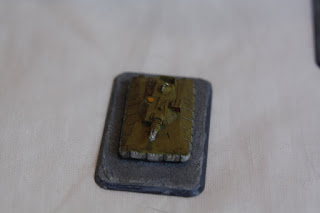 My second new 6mm army are these guys, the Universal Strike Systems. They are the military arm of a coalition of fringe worlds banded together for mutual protection.
The majority of these systems are in a cluster of planets known as the Strike worlds or Strike system, hence the name. 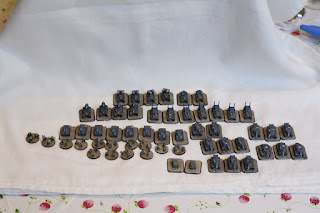 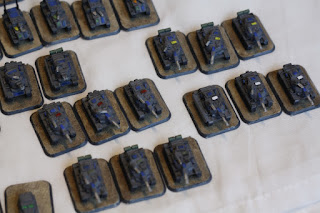 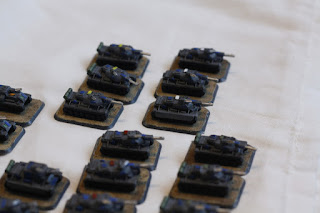 Another shot of the tanks. 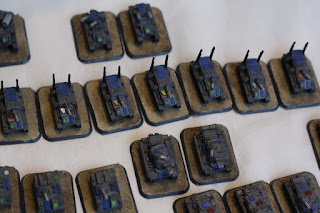 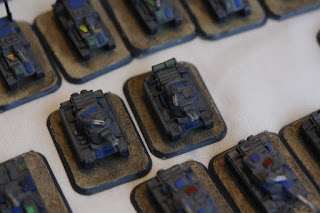 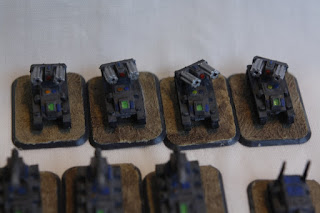 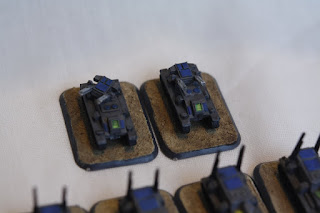 Two dedicated AA-units. Even though most of the machineguns are capable of remote-controlled AA fire through advanced AI-fire controllers, these units carry ordnance specific to the task. 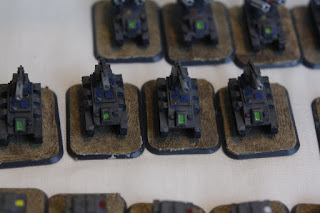 Artillery platoon. These conventional artillery units fire a multitude of rounds, from smoke and Hi-ex shells to more specialized Plasma munitions and even some guided shells. 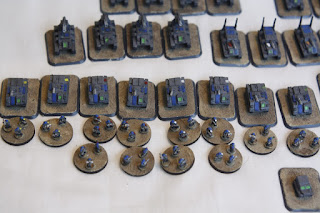 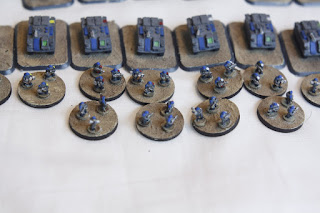 The poor bloody infantry. Two full strength platoons and two half-strength ones. The smaller units can often fill a command or support role to the USS in the field. 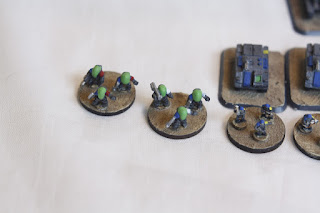 Two units of powered armor troops. These state-of-the-art suits are often deployed when the conventional infantry faces a challenge too tough for them. Able to fight both armour and other
infantry, the heavily armed and armored PA units can take the fight to the enemy. 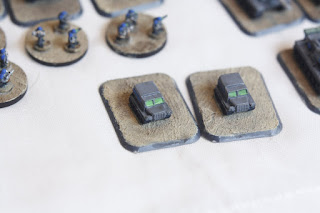 Finally we have the 2 scout cars of the USS. Their scouts are unarmed observers, often calling out enemy targets for the artillery of scouting positions for the infantry.

I've been working on these guys through my vacation, and now that they're done, I feel it was time well spent!
In a few days I hope to share a few more pieces for the next episode of Clarke's adventures.

Til next time!
Posted by Alexander Wasberg at 00:52