I realized that some of my sci-fi and fantasy groups were very unevenly populated, so in an attempt to rectify some of it, I have made some reinforcements.
Before posting the latest playtest of Starstrike I wanted to show off these reinforcements I painted up, since one of the units actually feature in said playtest.


First we have some Sci-fi: 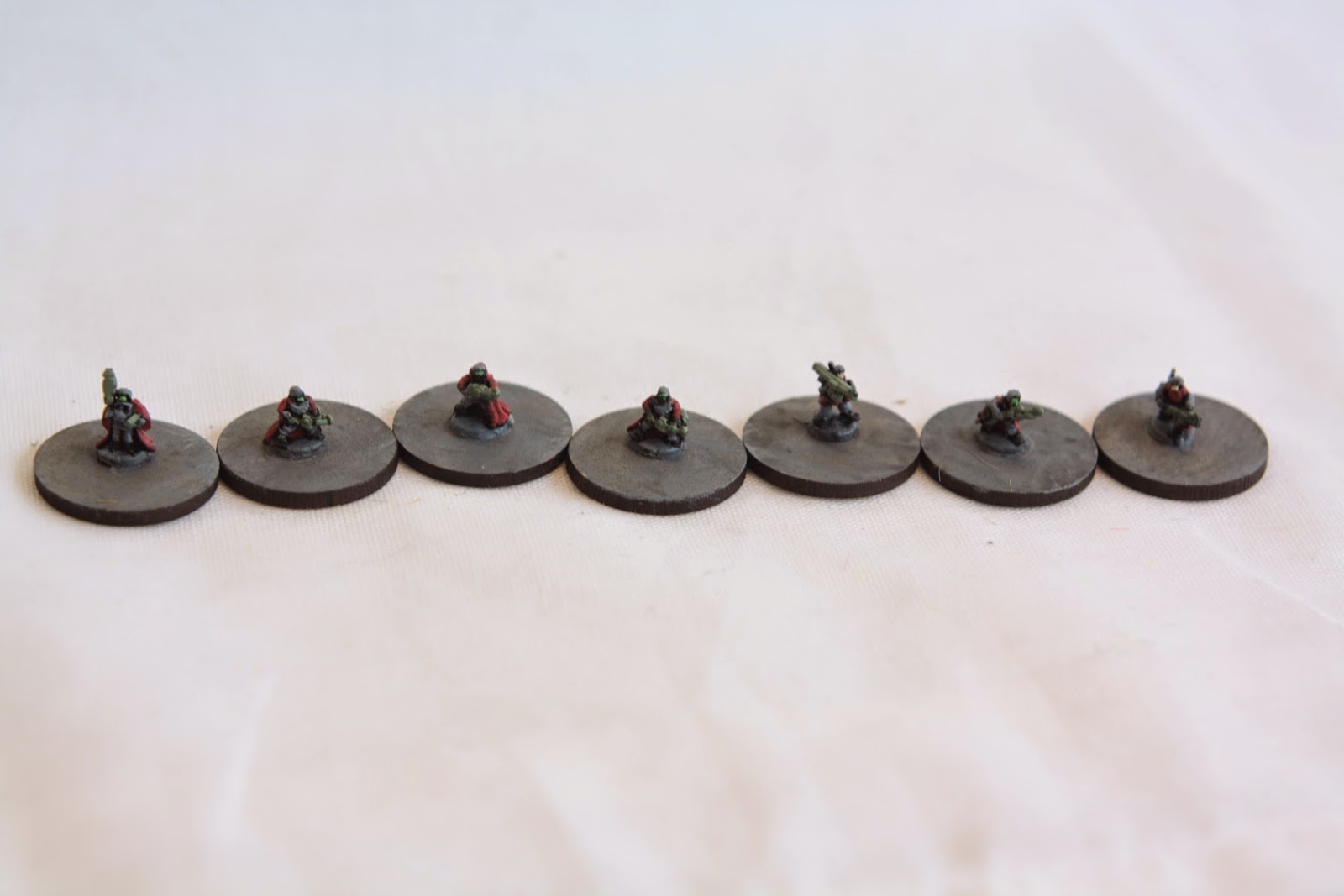 Warg Infiltrators. The first unit of the Mega-corp to be reintroduced, they are a sabotage and demolitions unit that gets sent in when the obstacles are too big for the standard troopers. 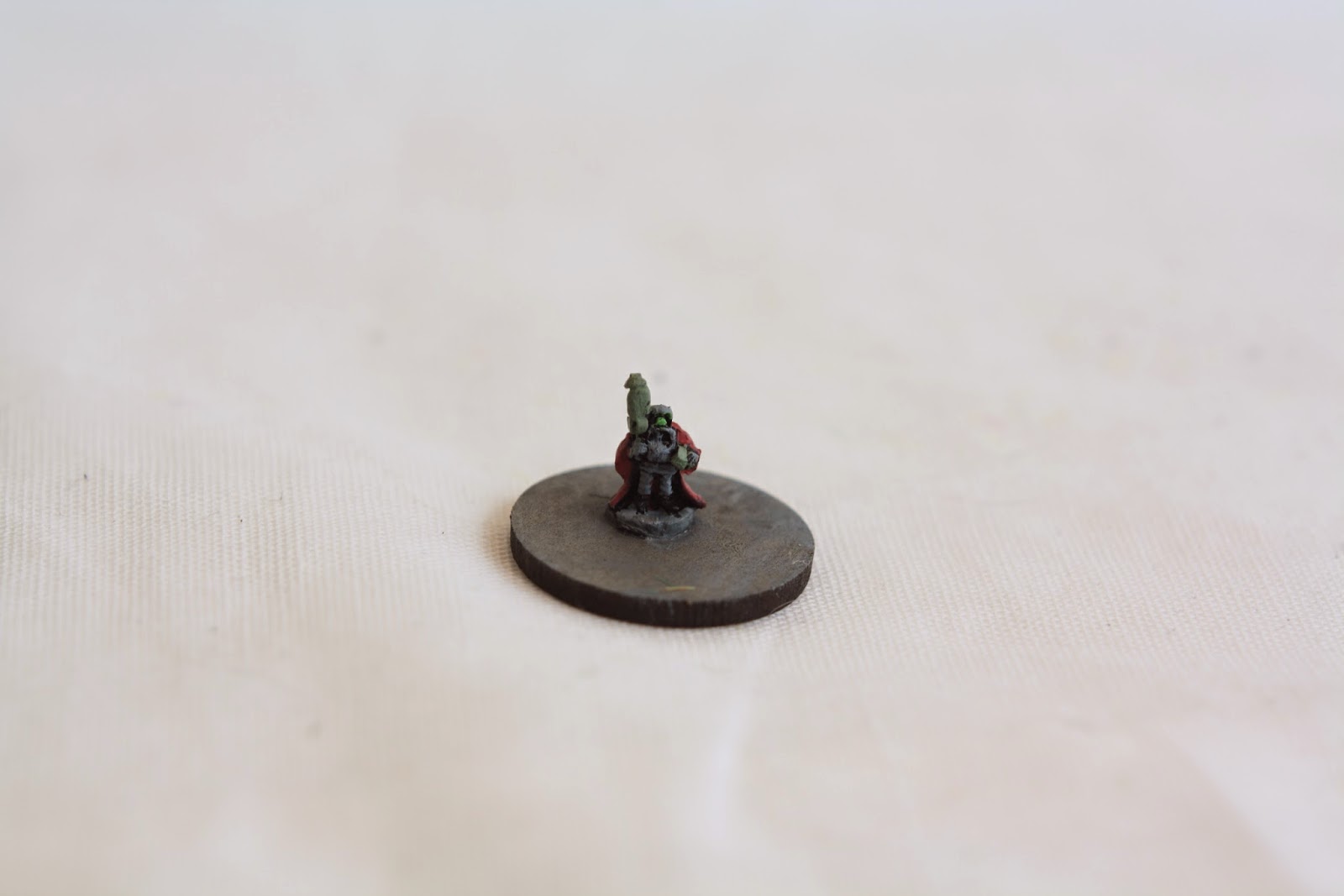 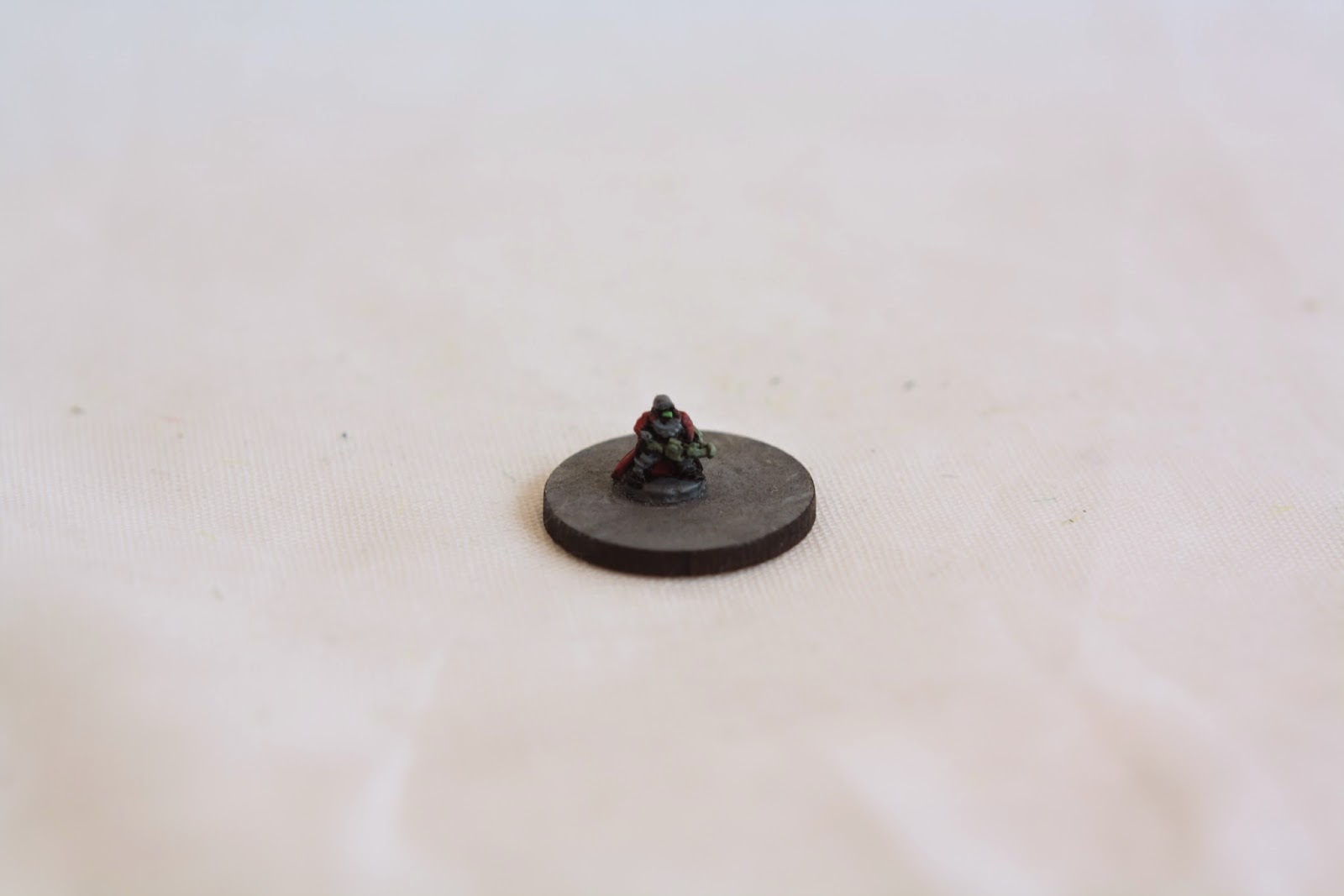 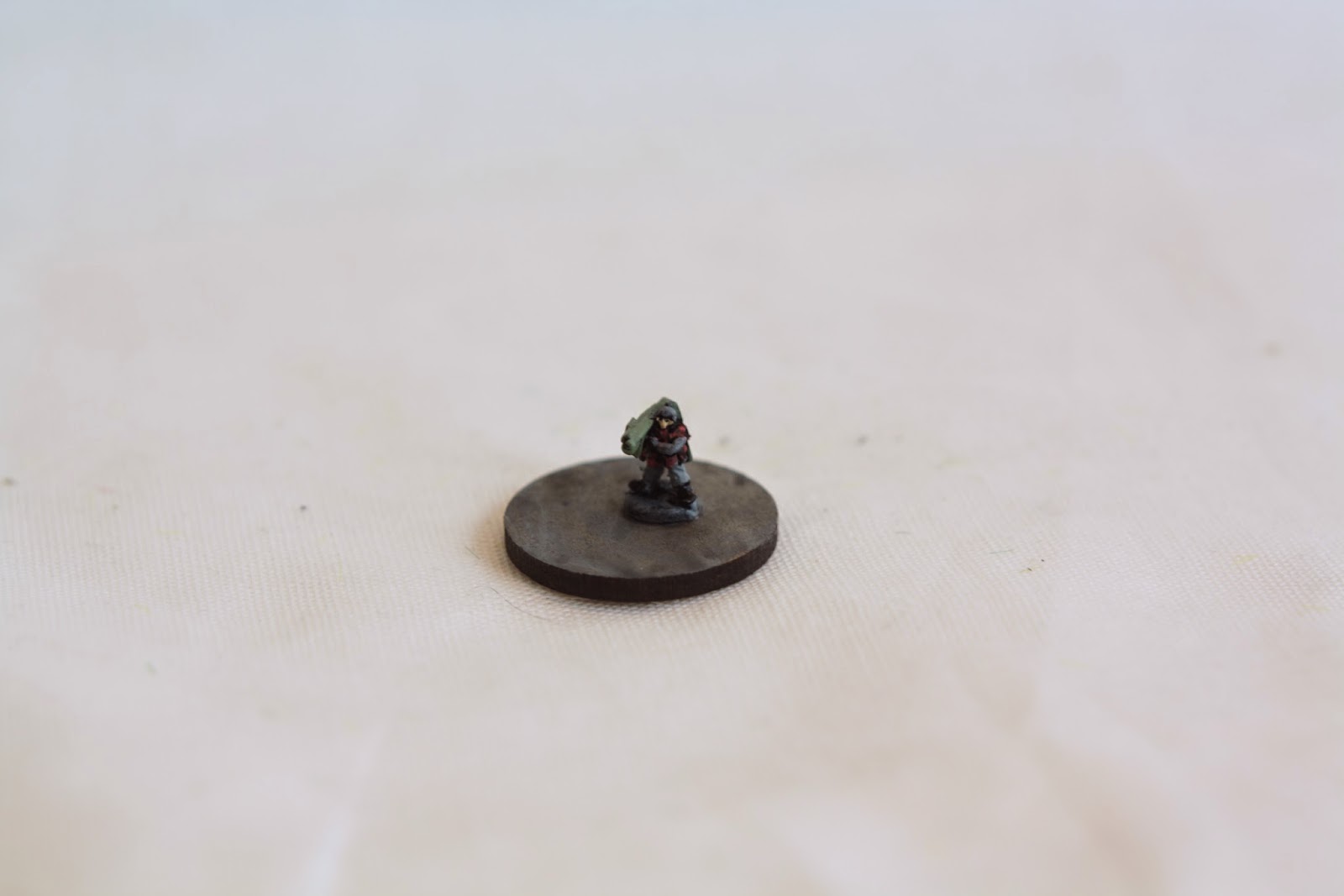 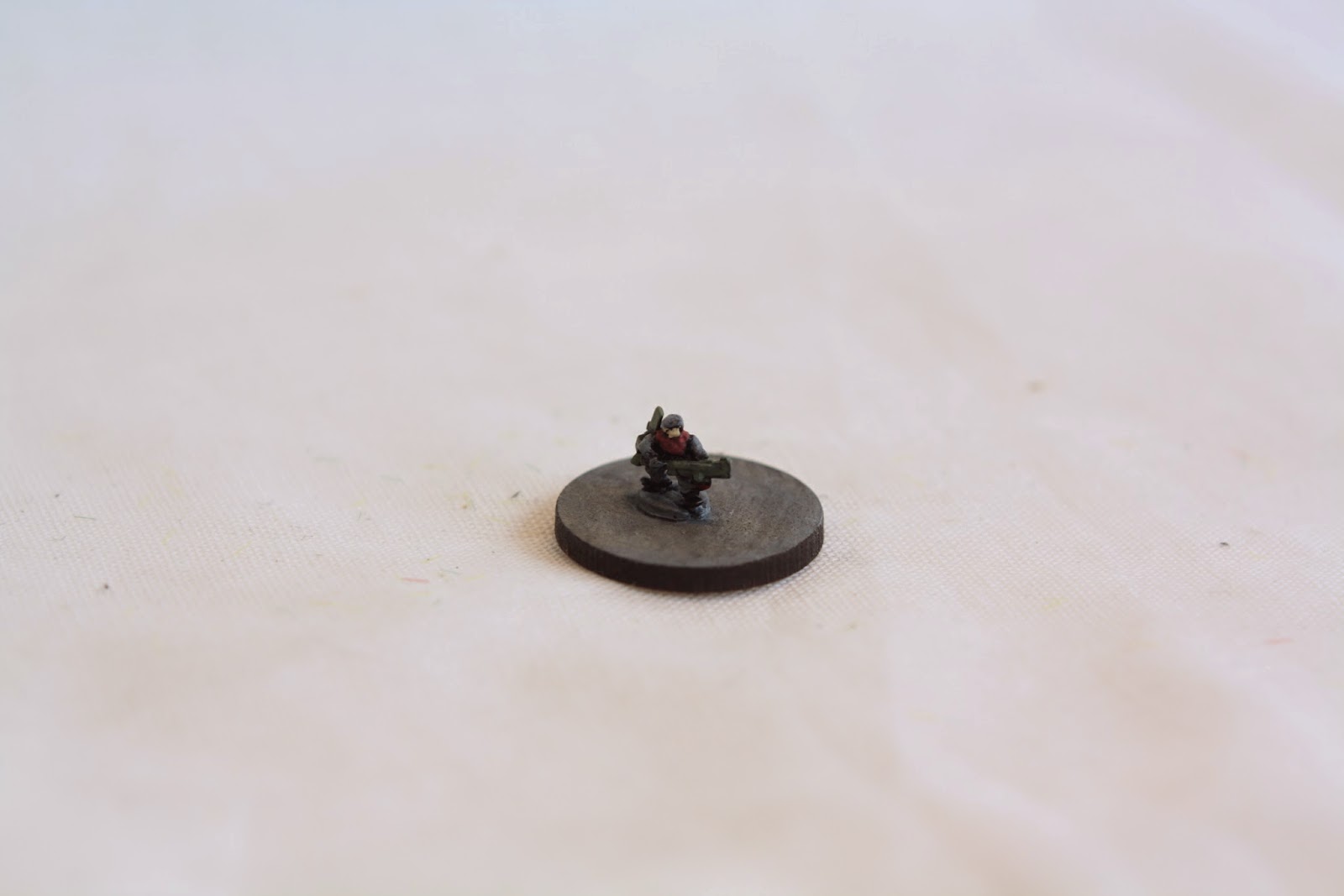 I also finished some more characters to represent heroes, villians and such: 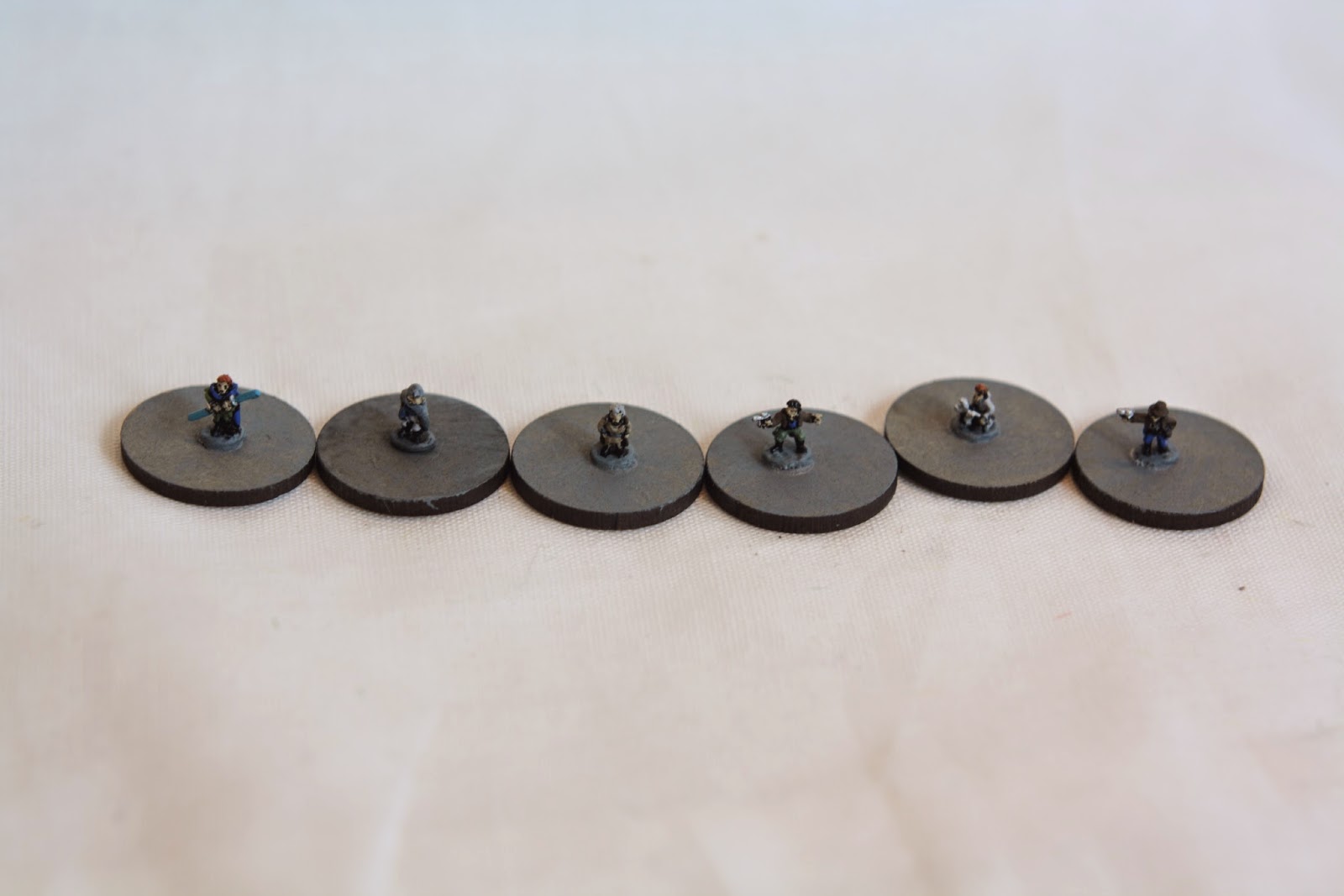 The group shot, but one models is missing from this shot. 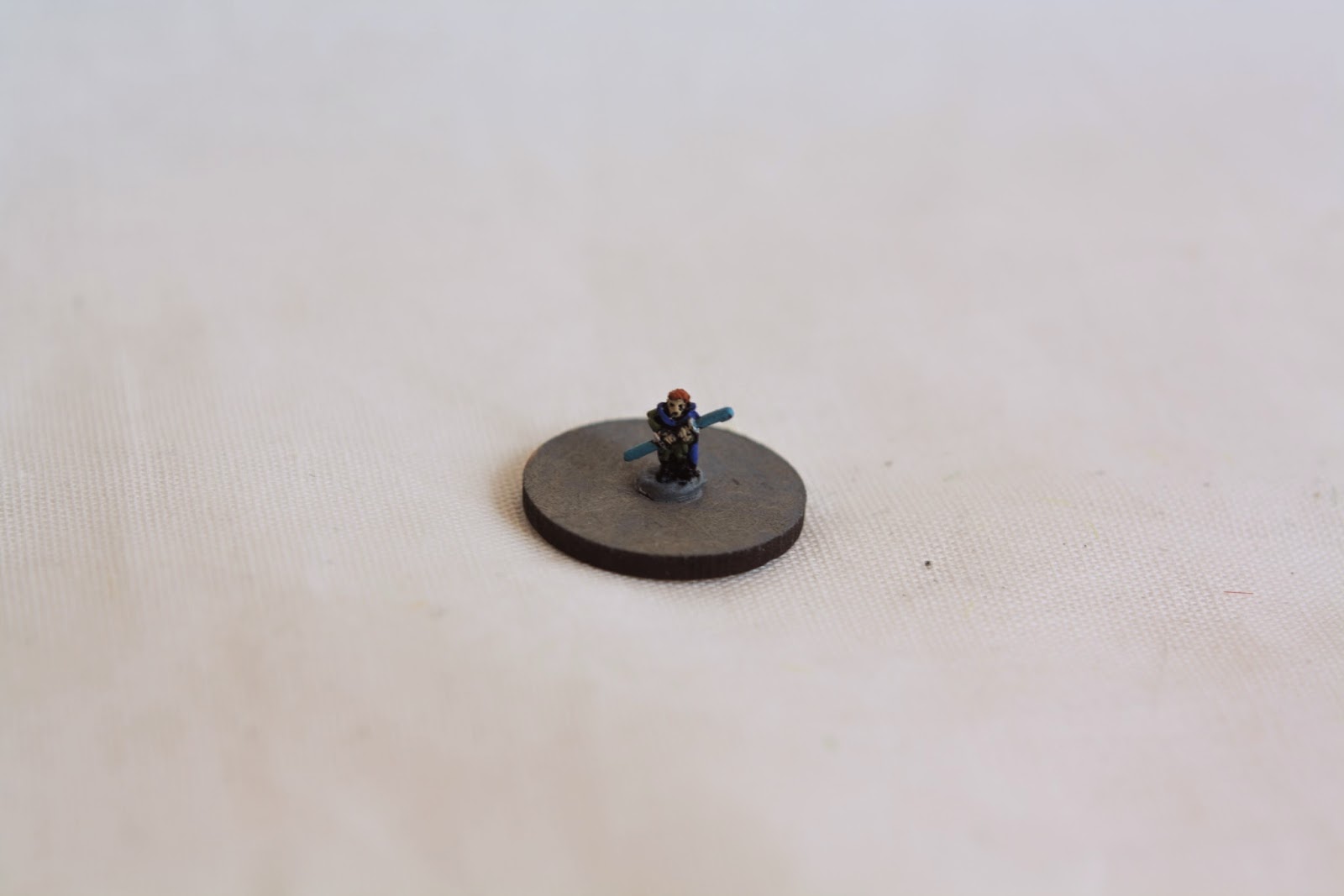 An mysterious warrior with an alien energy blade. Is he a friend or foe? It depends on your point of view.. 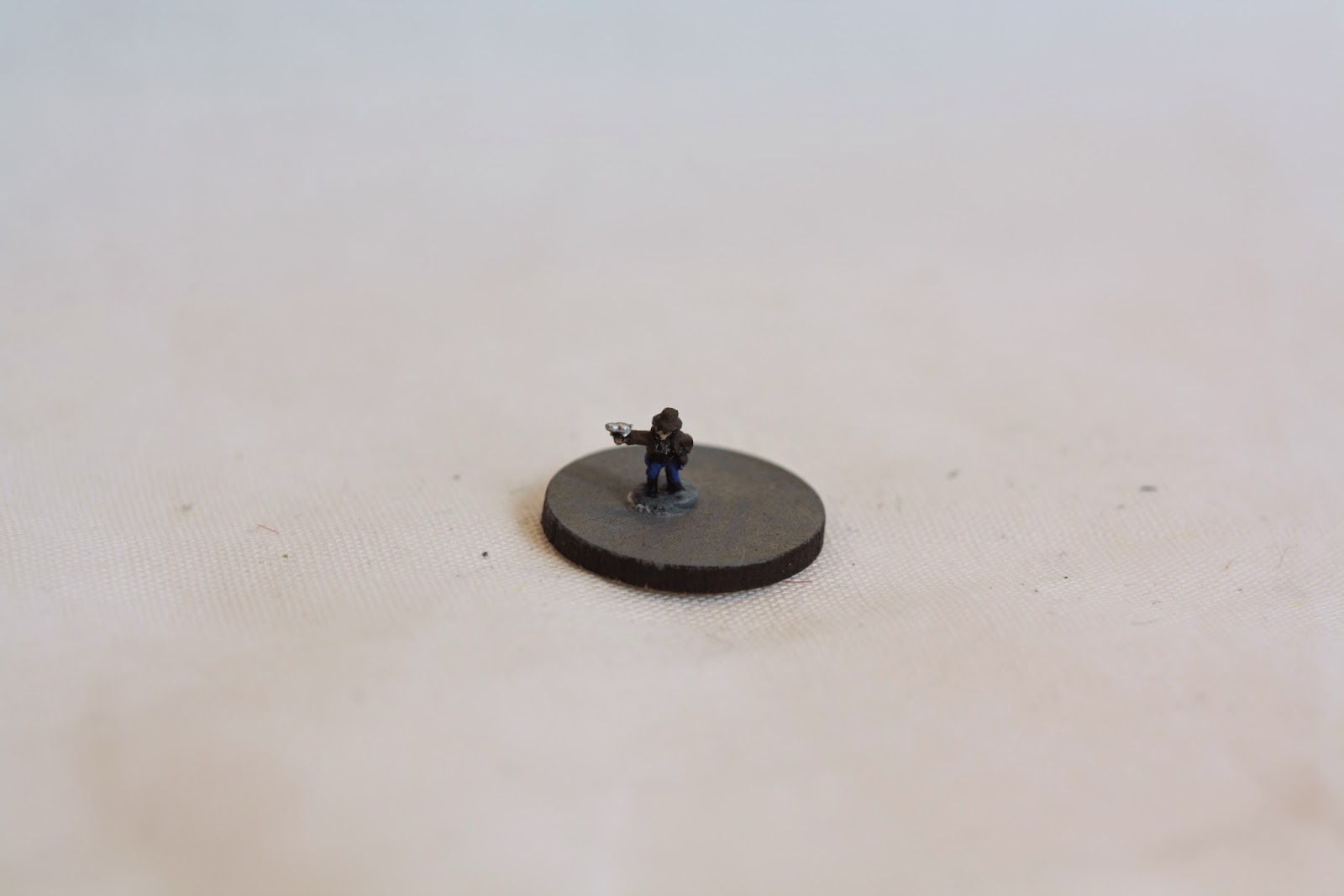 Even on the fringe there is jobs to be had for investigators. Not all of them work for the authorities or the big crime-lords however, some walk the dangerous path as a freelancer. Men like Reese here. 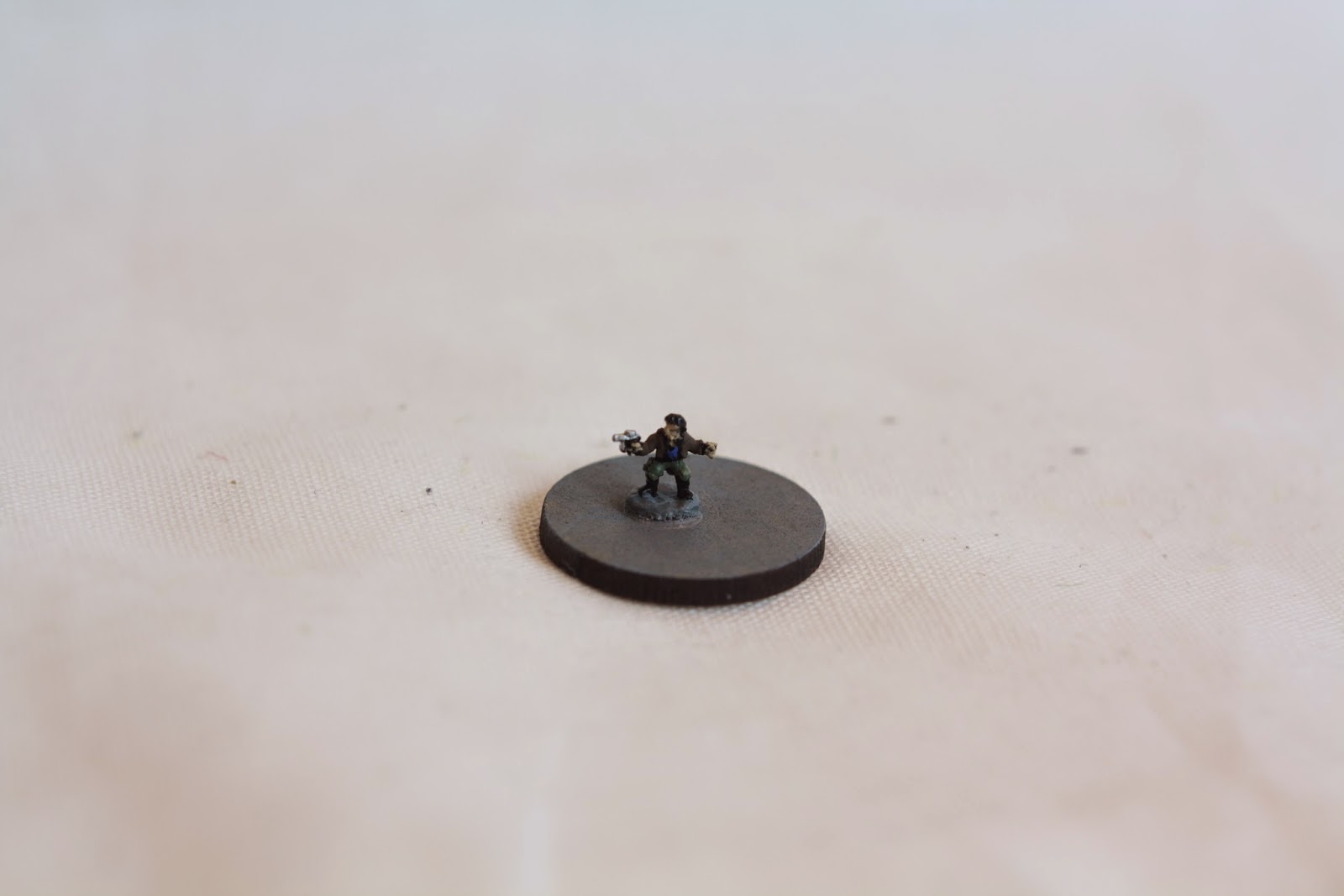 Quick with a blaster, and even more so with his mouth, Hans usually gets into trouble as fast as he can get out of it.. 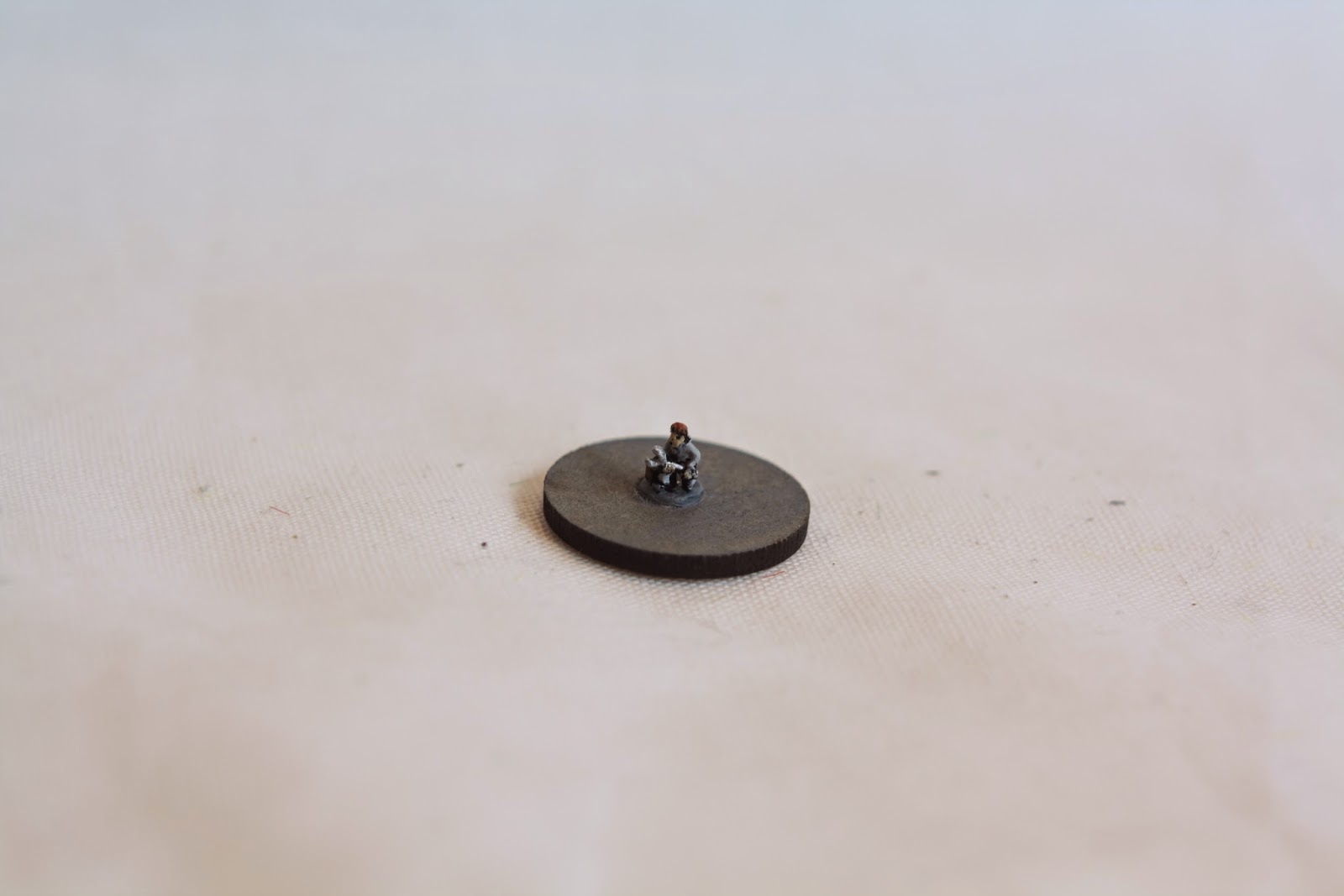 A skilled mechanic is valuable, doubly so in a place where everything is on the verge of collapse. Vern is just such a man, and don't he just know it. 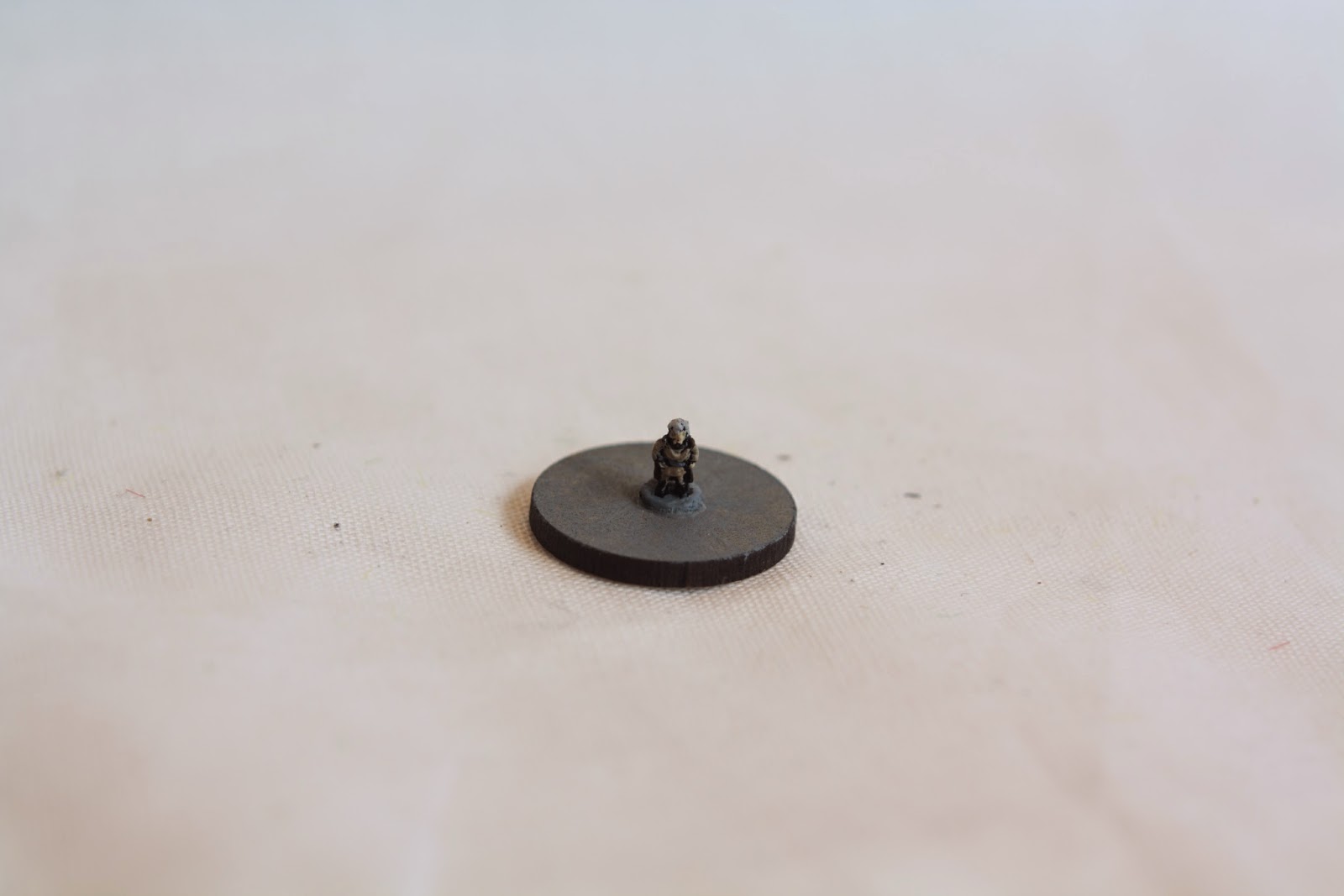 Being unassuming can sometimes be a big asset, especially if you deal with some of the less savoury elements on the fringe. Russ is in no way defenceless however, a mistake that has been the last of many. 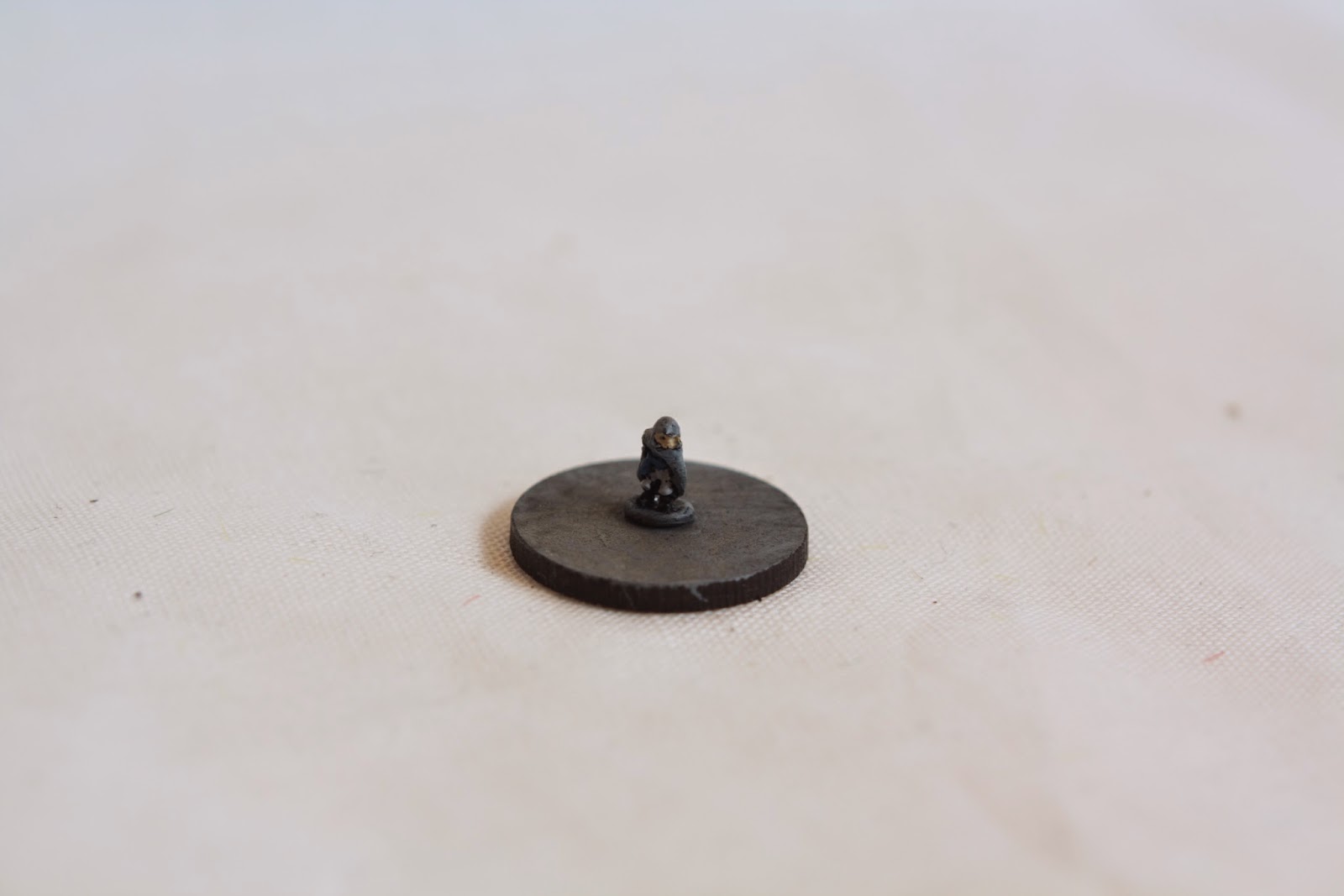 Few choose to come to the fringe, most are driven here, escaping something from their past in the mostly lawless zones. Fitz hunts just such people, cause someones gotta cash those bounties, and it might as well be him. 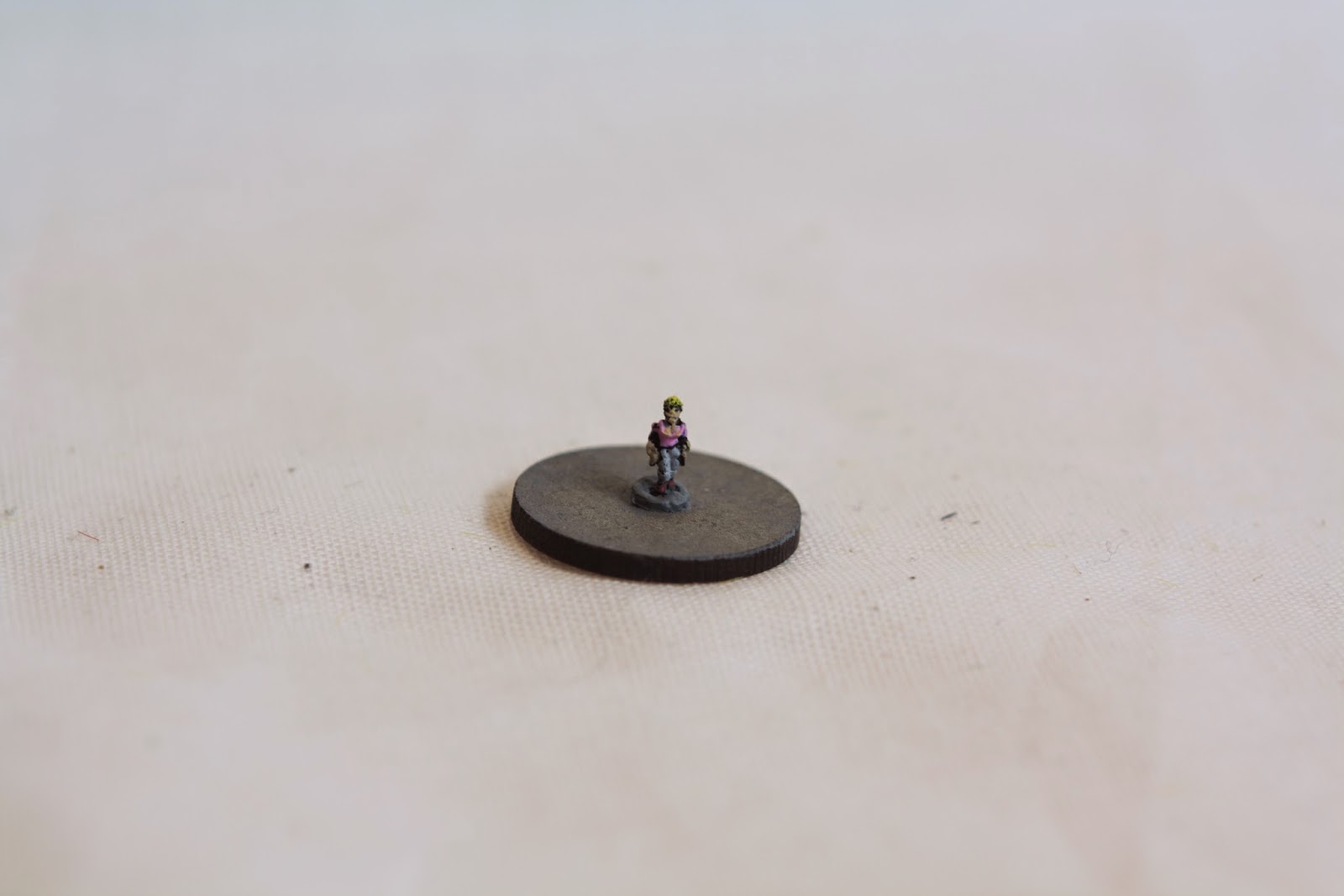 Dolly looks harmless enough, and that might be because she is one of those rare souls on the fringe who has yet to cross the line from which you can't come back. Her search for answers brings here ever closer though, and what will she do when faced with the truth?


The space nomads were looking a bit short, especially compared to the Union, so I bulked them out with some proper reinforcements too. 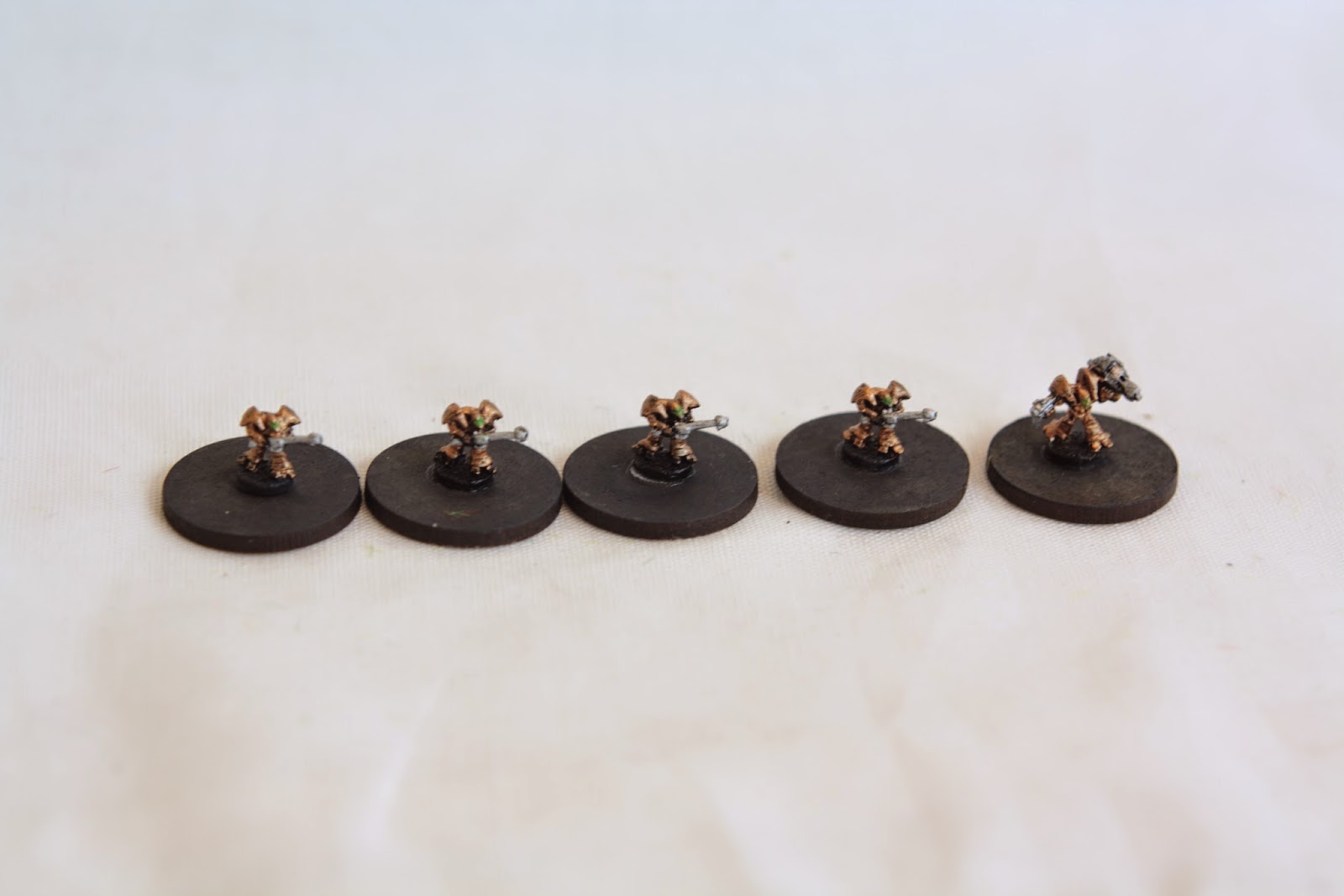 More of the high-ranking warriors. 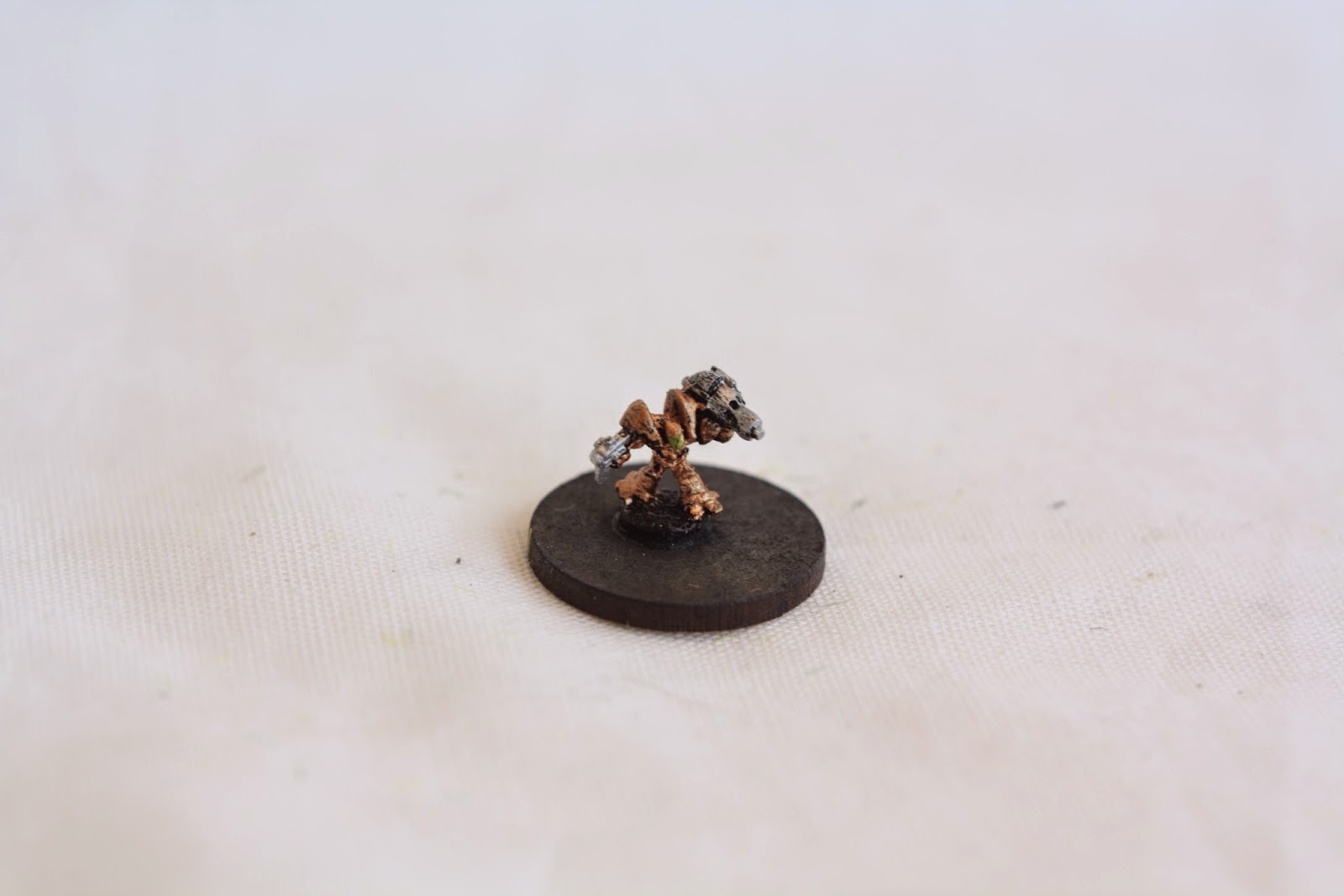 A energy cannon, this sort of weaponry is seldom used in their natural environment, but when they go planetside for raids or to stock up, a cannon comes in handy. 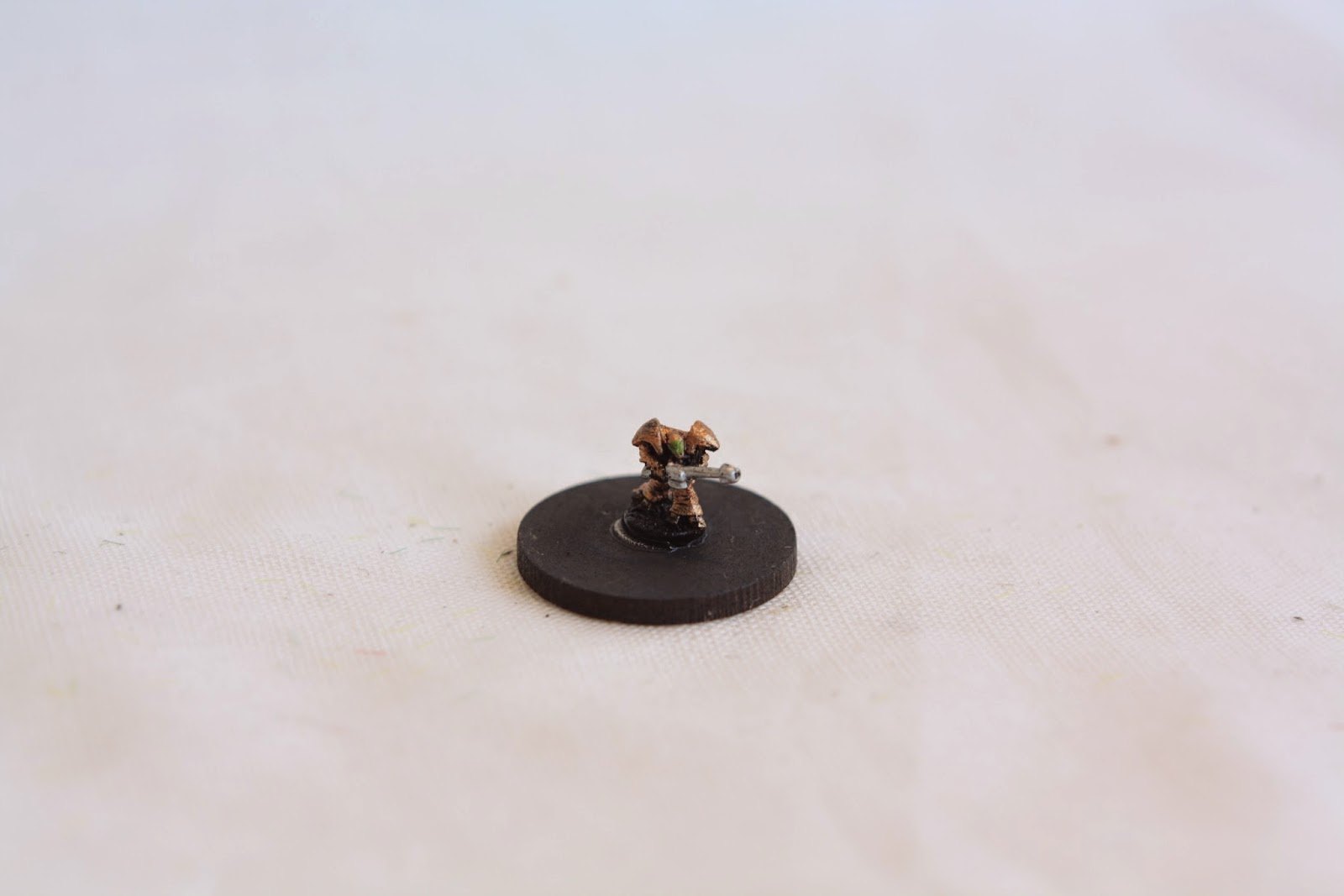 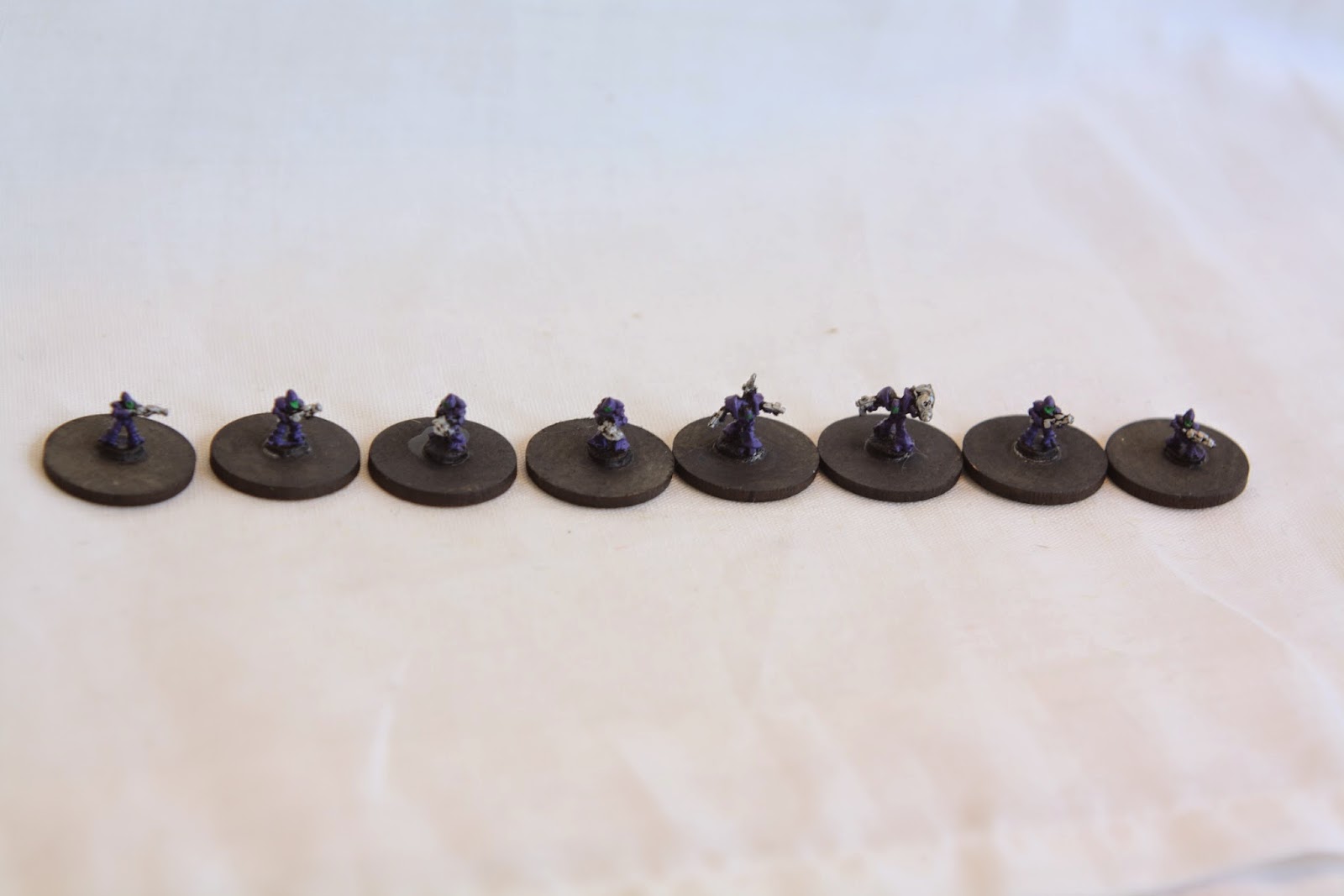 I also painted up a few more of the lower-ranking warriors, giving them some more bodies and heavier weaponry. 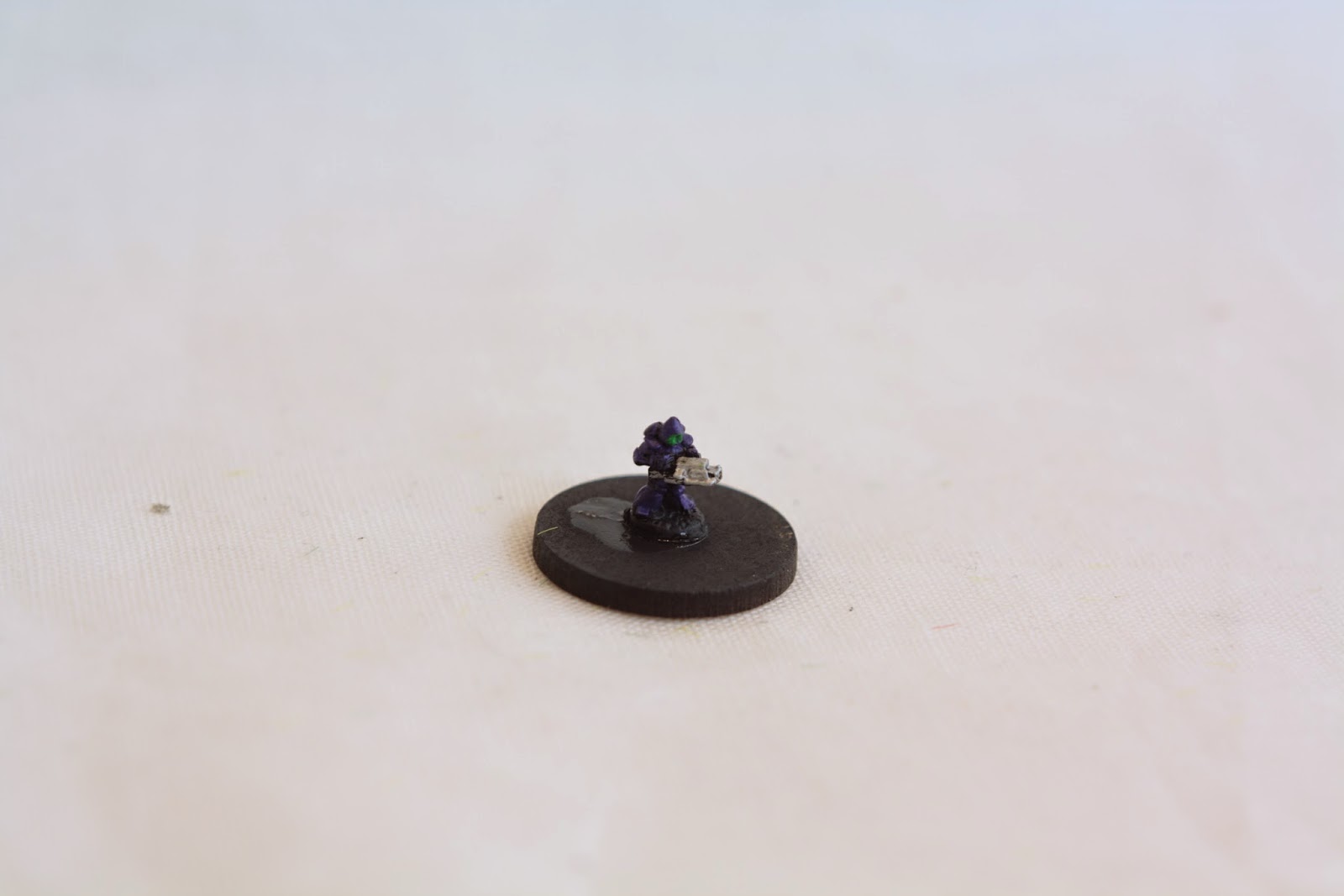 A nomad with a assault cannon, a deadly weapon with a high rate of fire, not unlike an LMG. 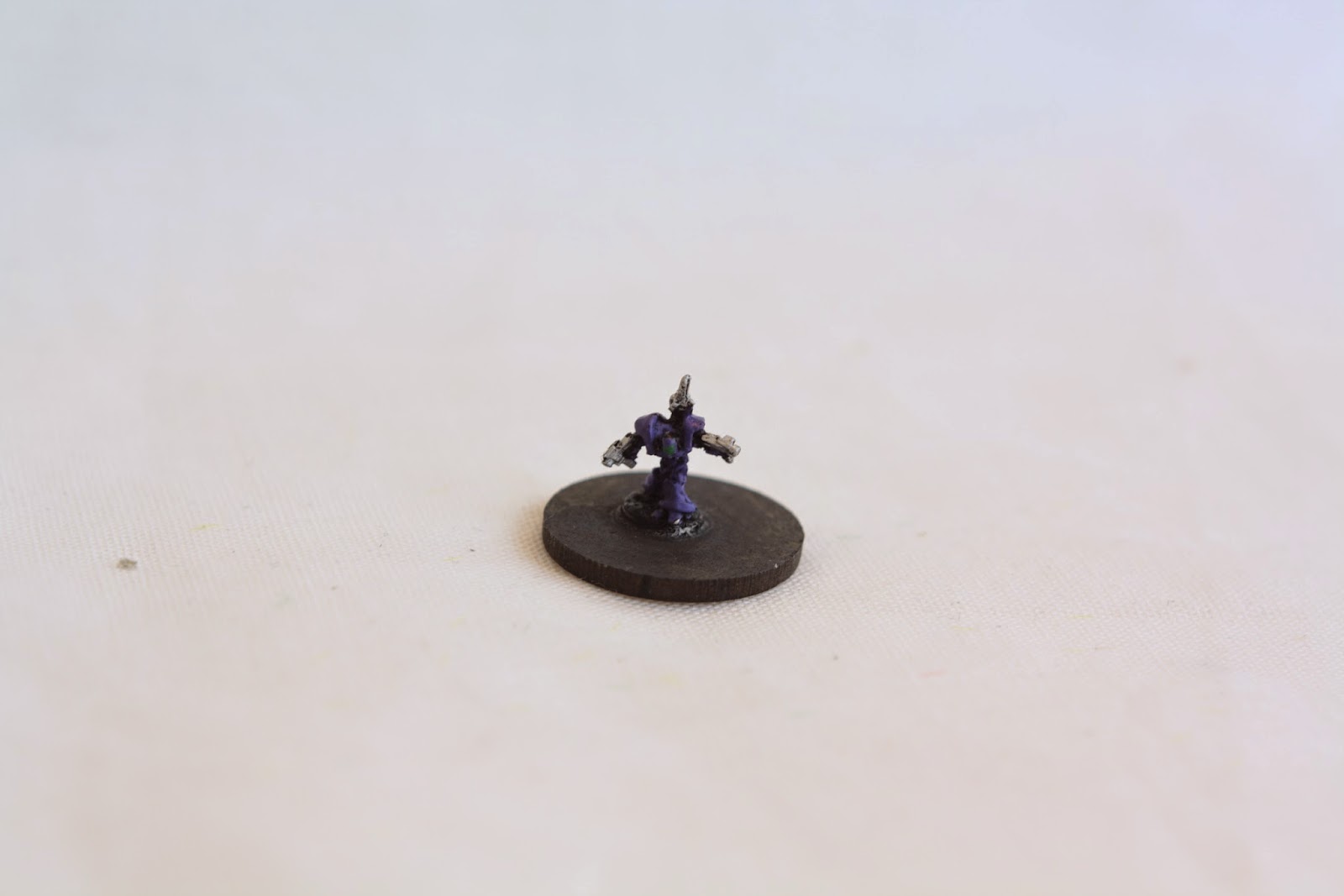 A breaker, troopers specialized in close quarters fighting. Armed with auto-carbines and a energy pike, they are adept both at breaking bulkheads and enemy combatants. 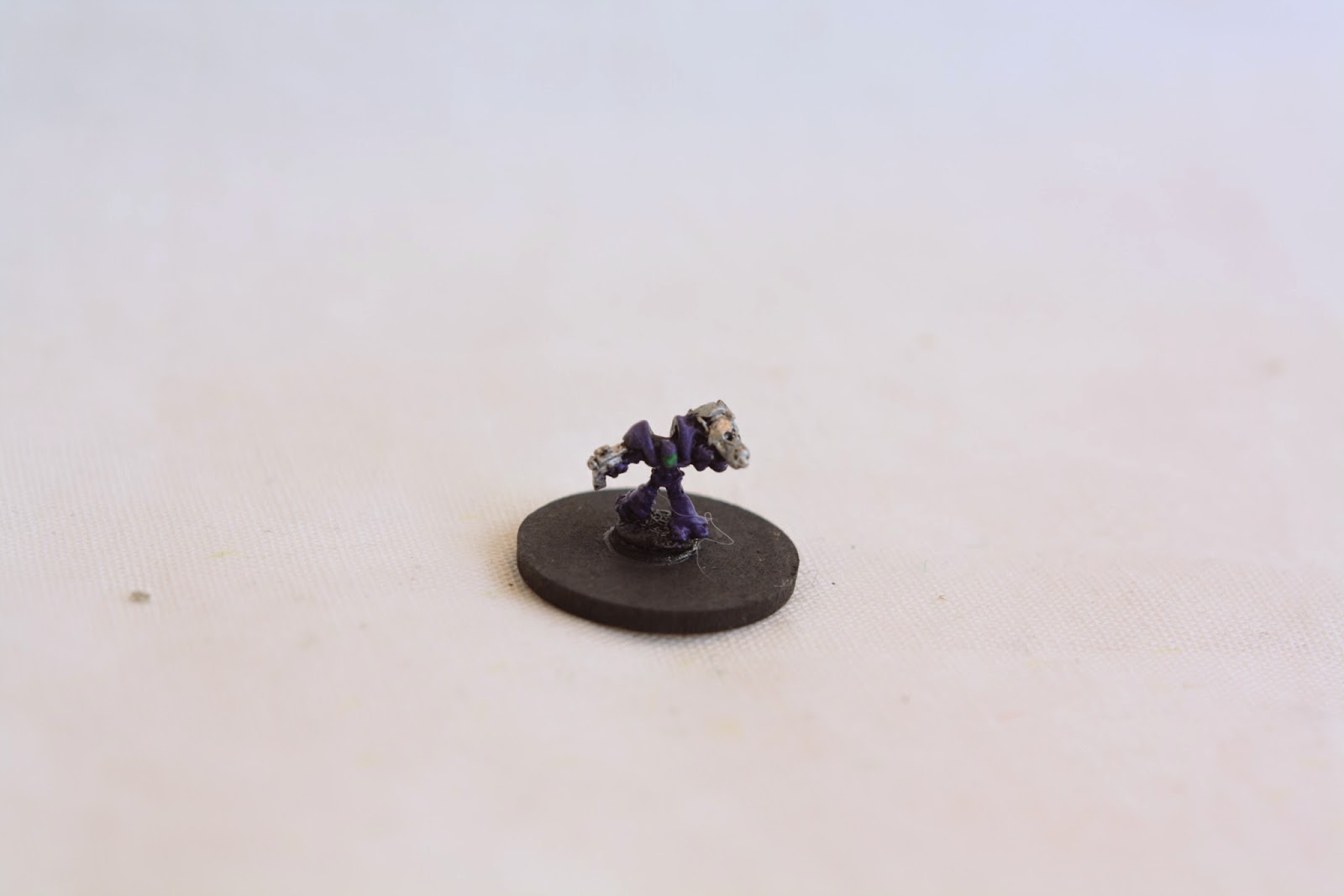 A energy cannon, same type as the one carried by the high-ranking warriors.

On the fantasy side of things, we have some reinforcements as well: 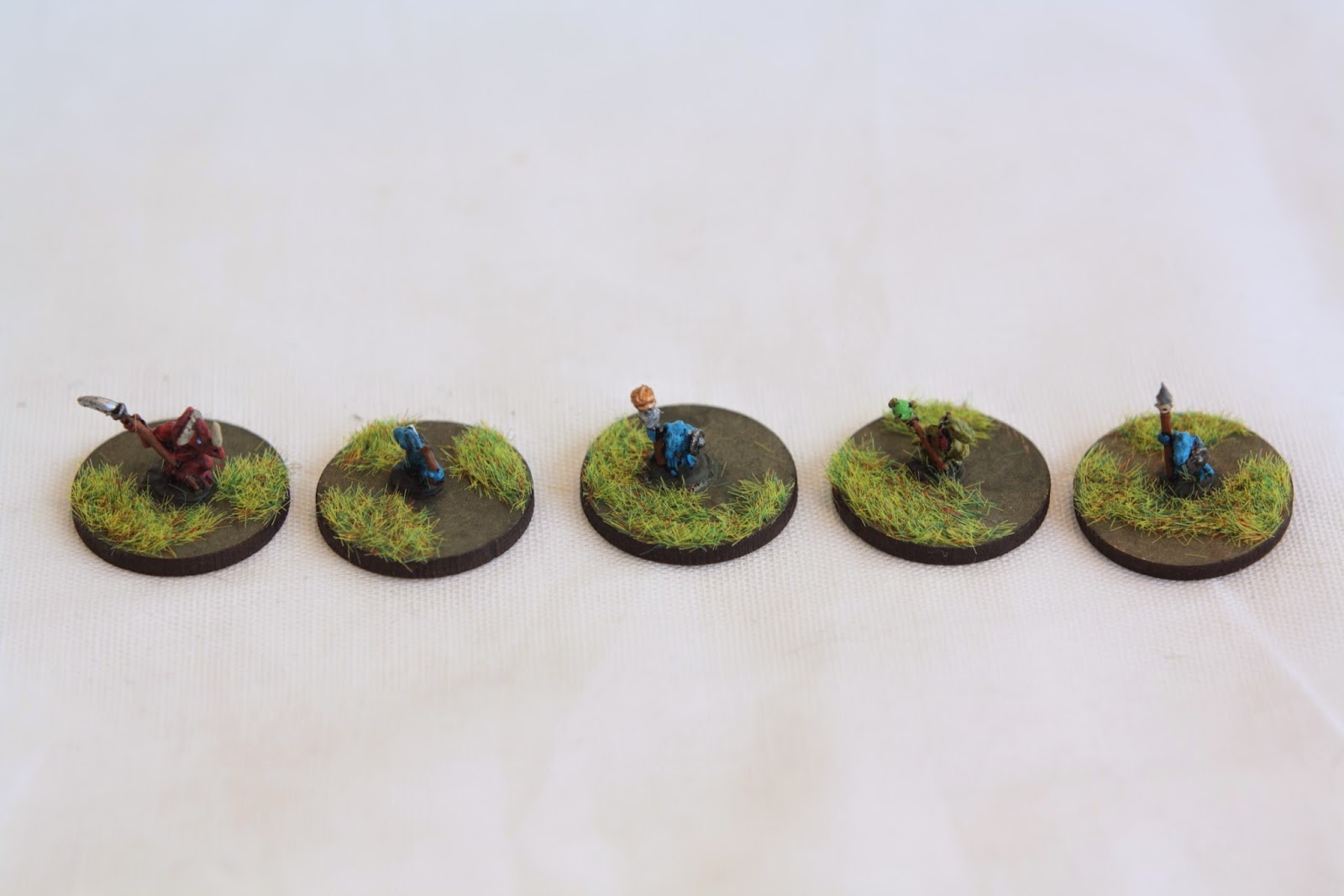 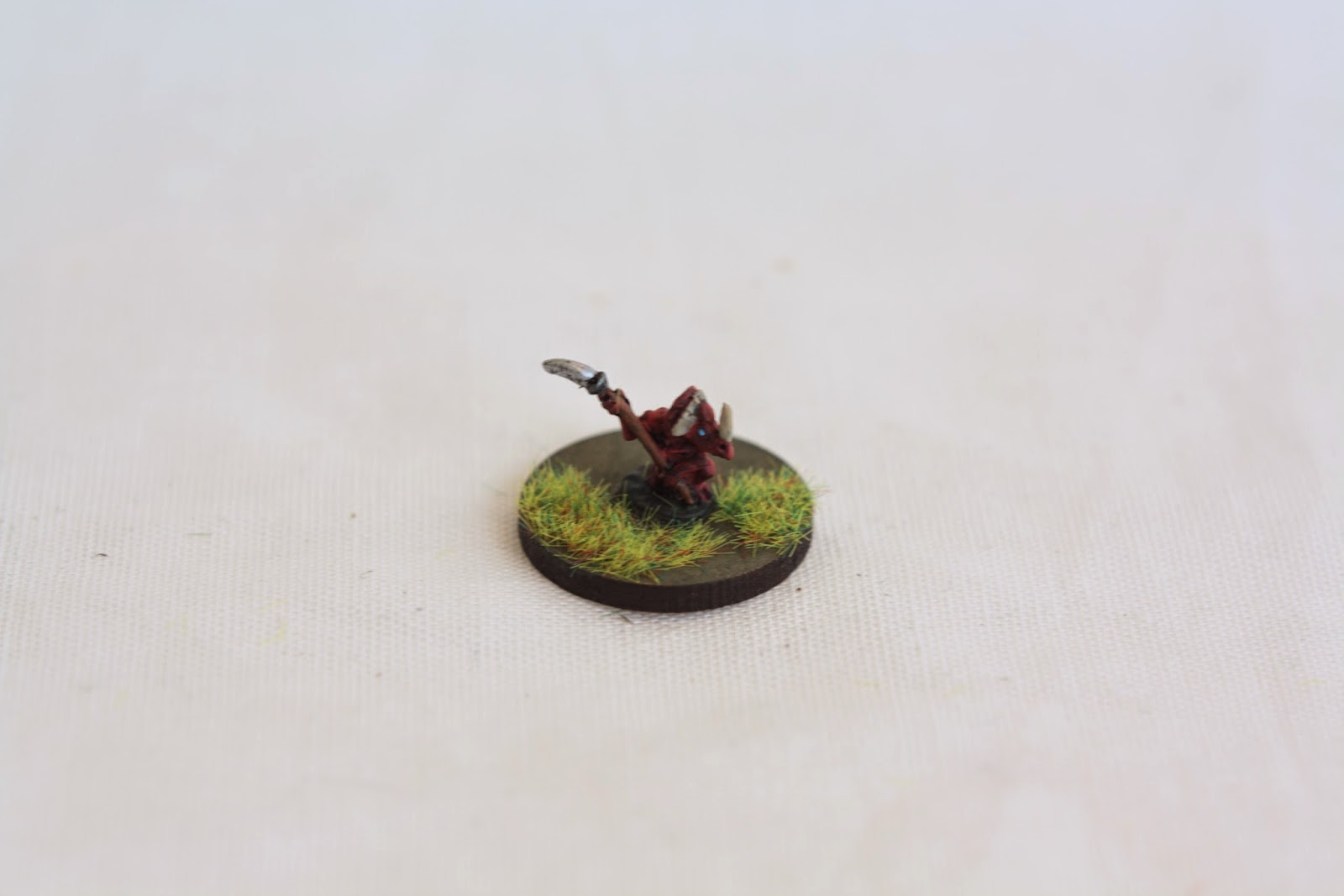 Another Ceratopsid warrior, differently colored crest this time around. 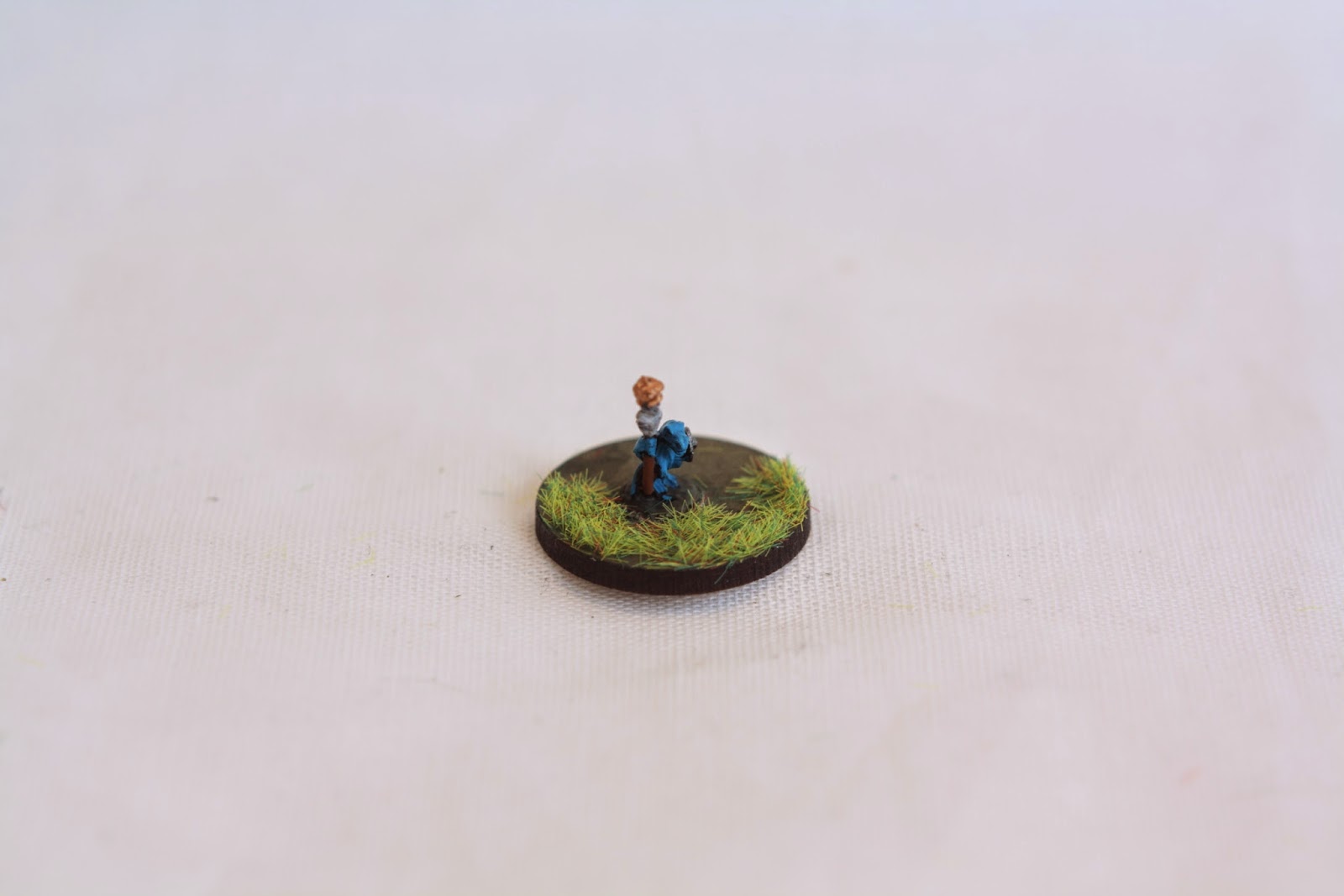 The standard of the fallen king. A artifact from a time of great upheaval, when kings of men tried to drive the Lizardmen from their ancestral homes. The upper body, along with the crown of the last king to fall, decorate this standard. 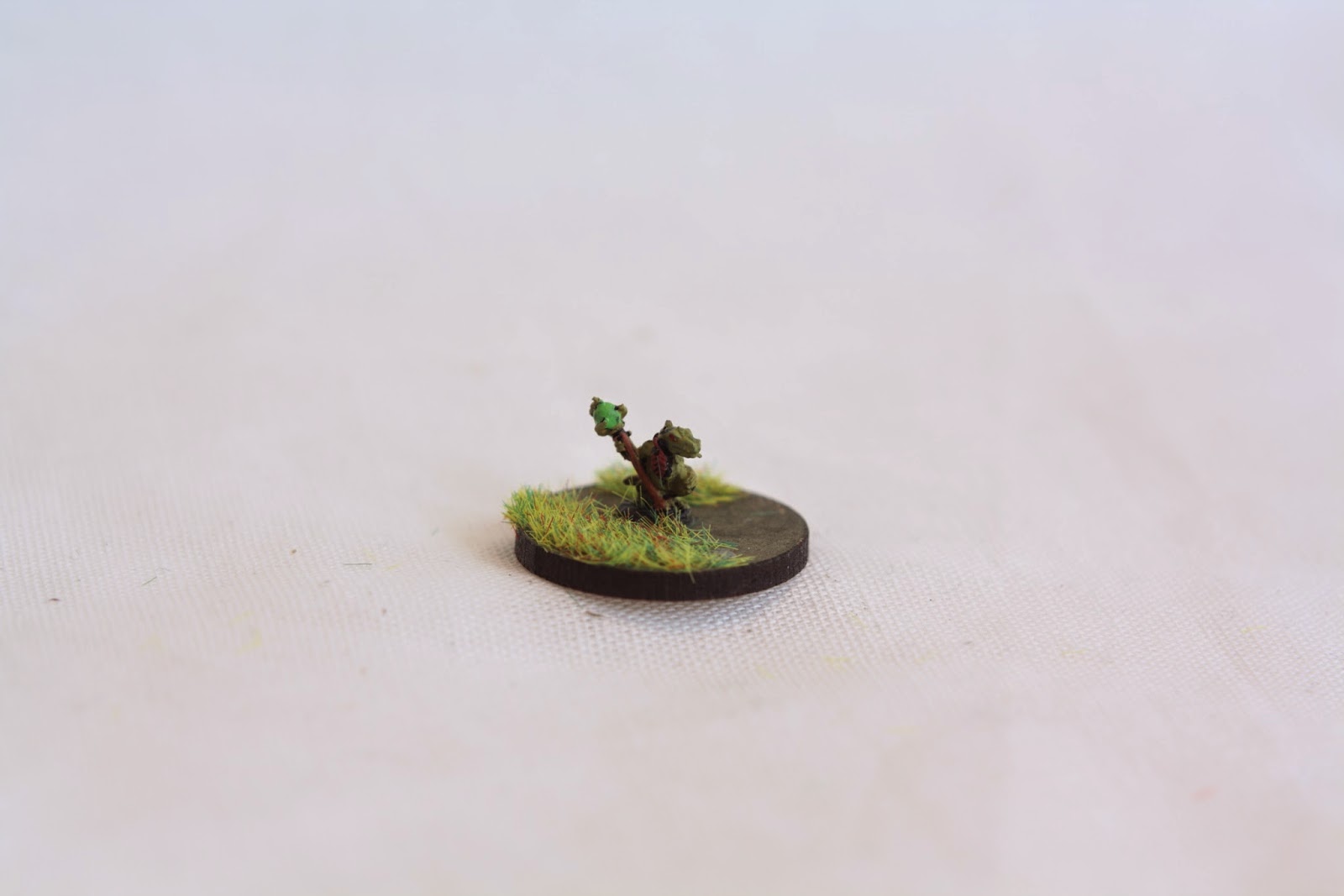 A Lizardman shaman. They are in communion with gods much older than most, and are privy to things we could only dream of.. 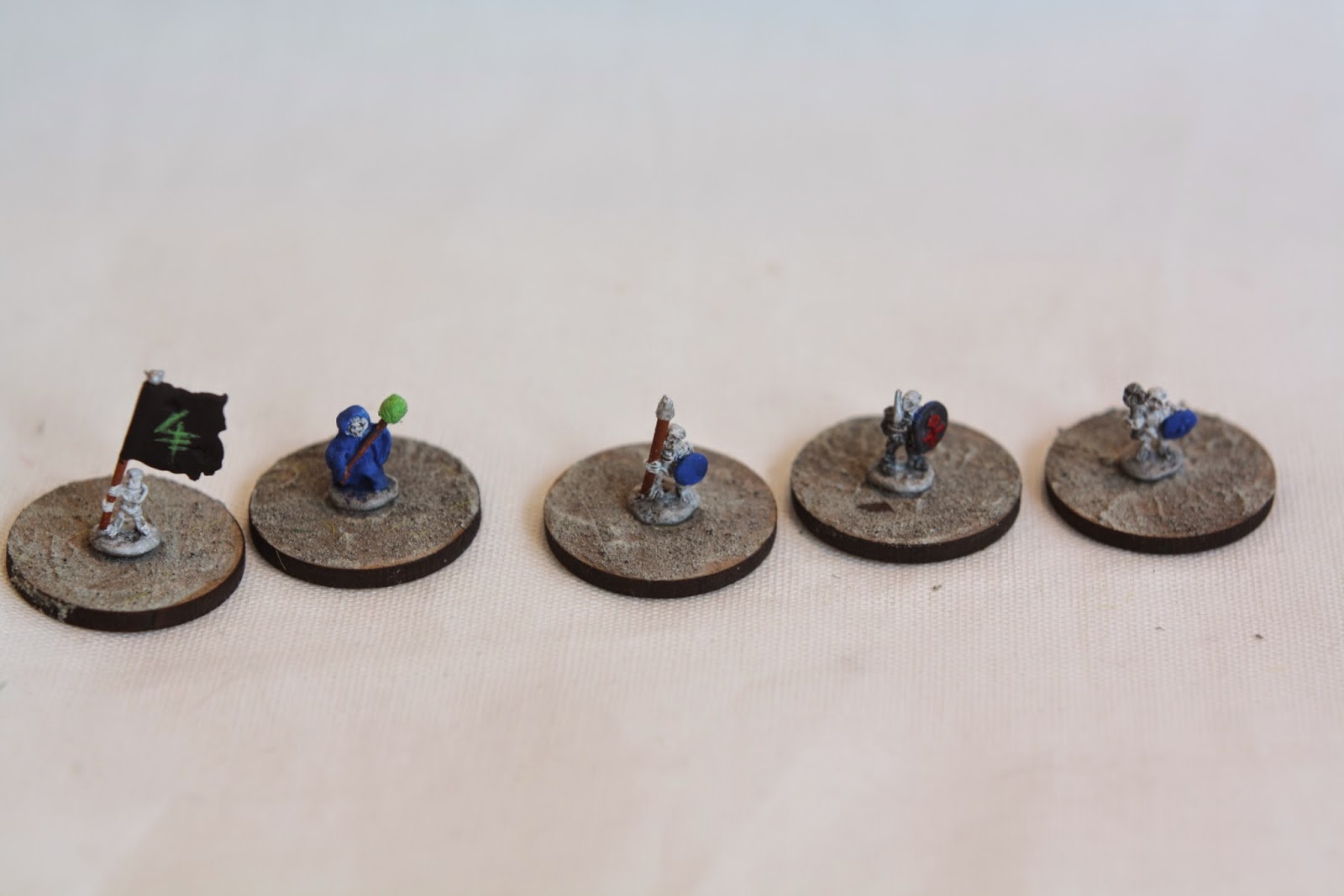 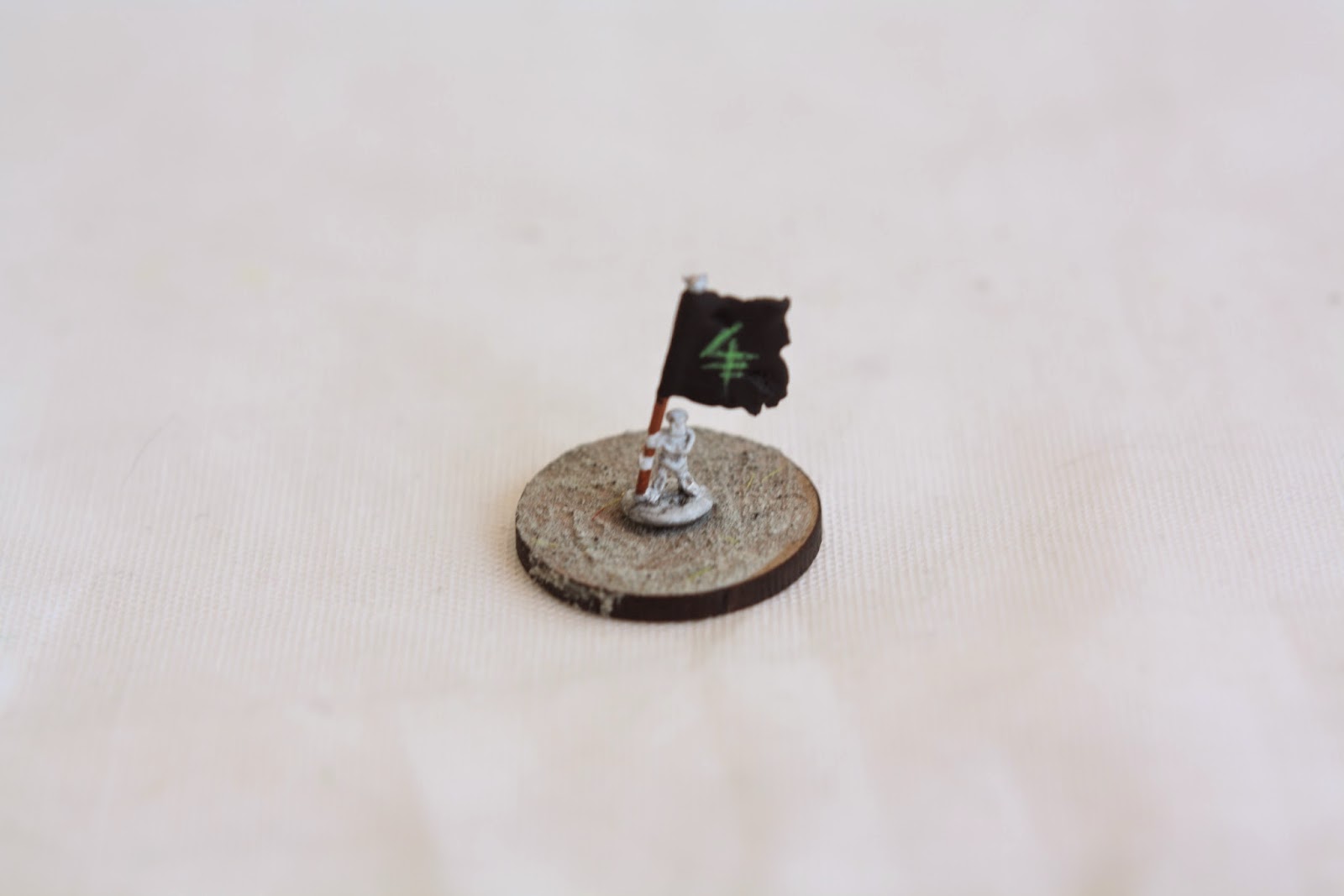 The banner of Decay. This banner features the sigill of the lord of death,decay and disease. The tattered banner is woven with foul magic, and mortals tremble before it. 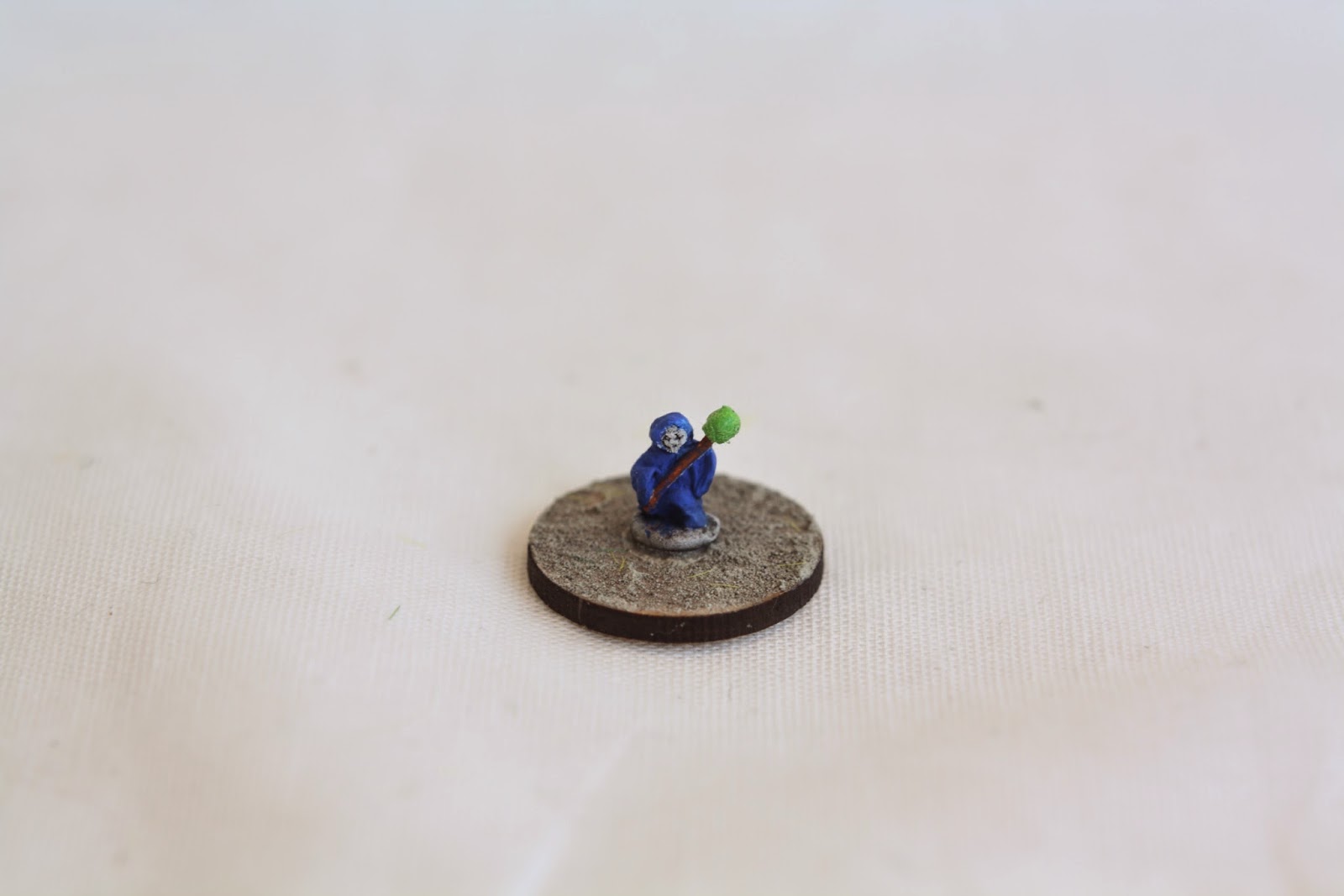 A Lich. This skeletal mage have trancended death, and unlike many of his fellows, he retains all his faculties, even in unlife. 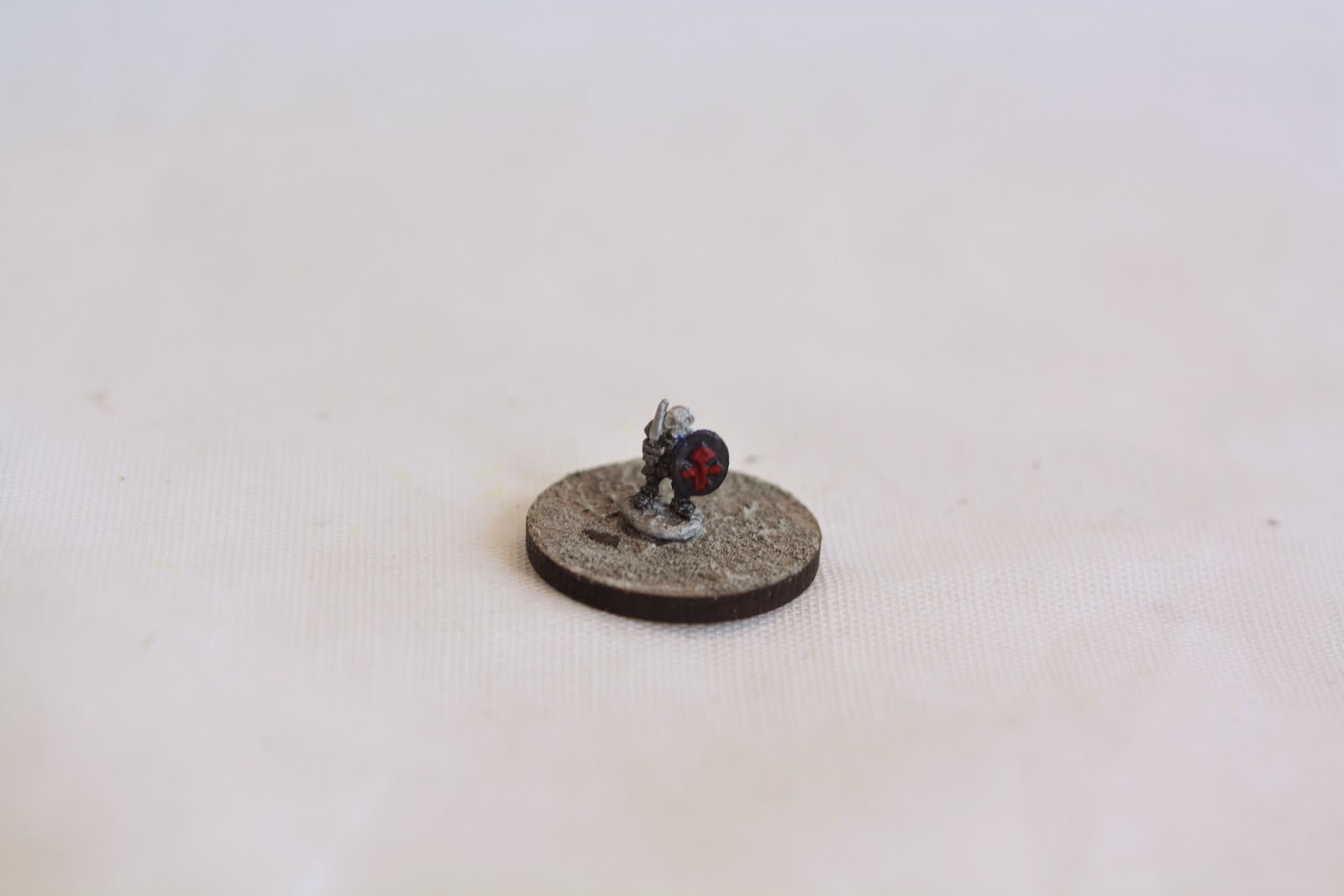 A Blackguard, elite Wight warriors. He marches endlessly toward his goal, whatever his master commands. he obeys. 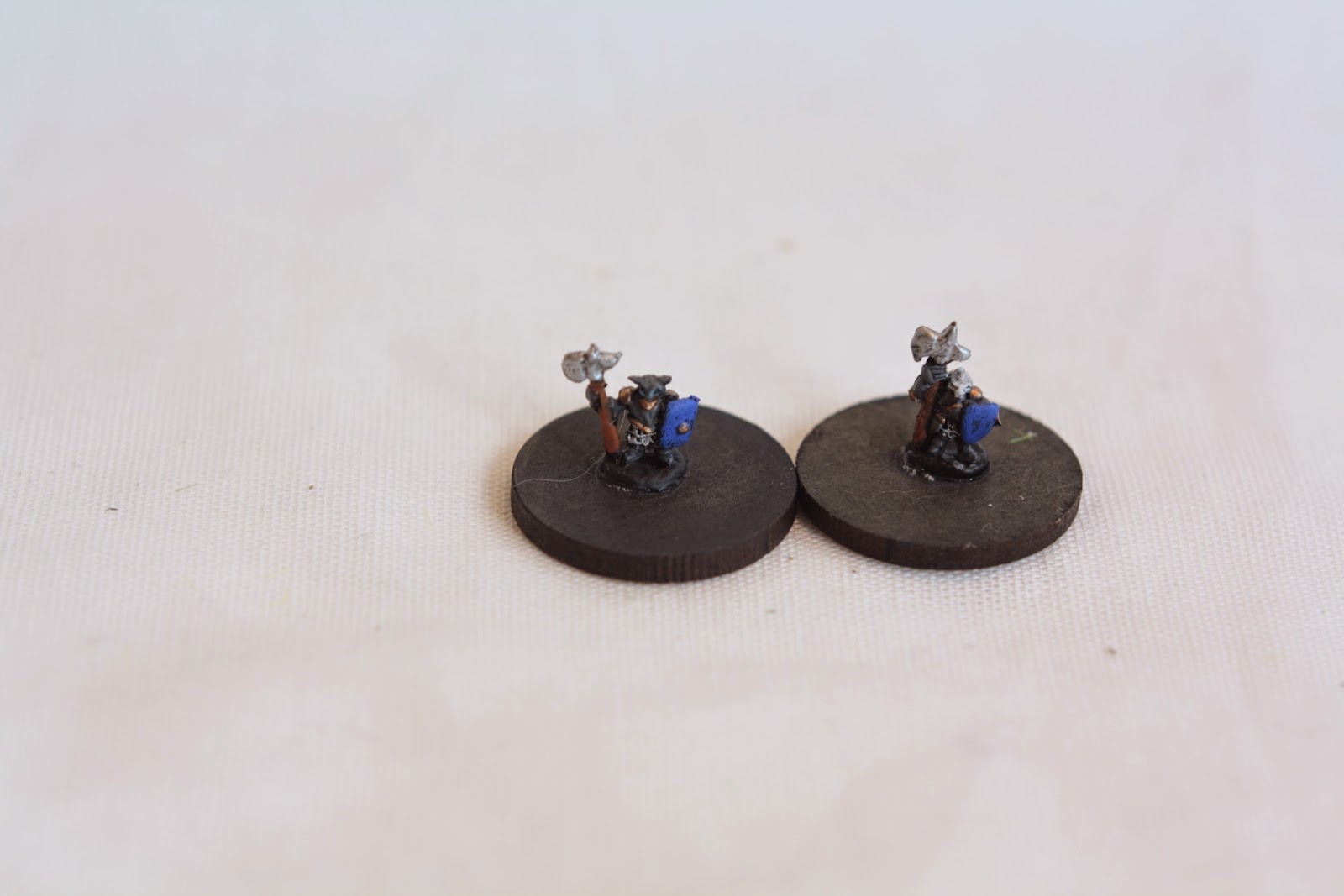 The Men of the Ashen wastes got a pair of reinforcements too, in the form of 2 poleaxe-armed warriors. One of them could even fight for the Undead, given that his skull helmet make him fit right in. 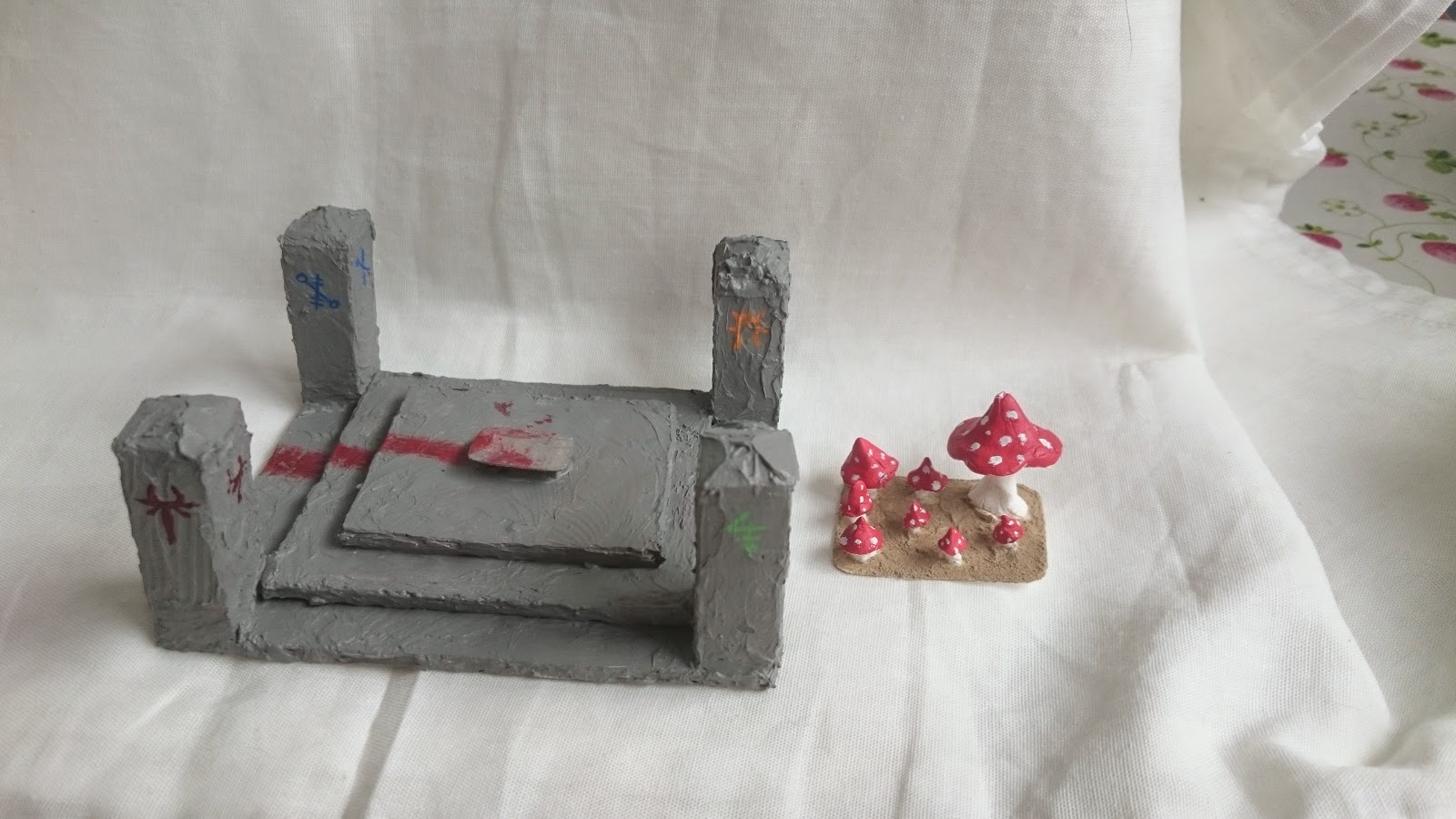 Lastly, two pieces of terrain: A mushroom patch, made mostly to see if it would work, and it did, so I might make more. And secondly an altar, devoted to the 4 dark gods.

That's all for today, but I have a Starstrike playtest to share, along with some other stuff coming later this week I hope.

Posted by Alexander Wasberg at 23:53