Last week something quite rare occured, I played a game with a friend rather than a solo game!
He had shown some interest in my different projects, and Mayhem in particular, so we set up a quick and simple game. He commanded the Undead legions, and I brought out my freshly painted Goblin horde.
All of the photos are taken with a mobile camera, so the quality is a bit iffy, I do apologize for that! 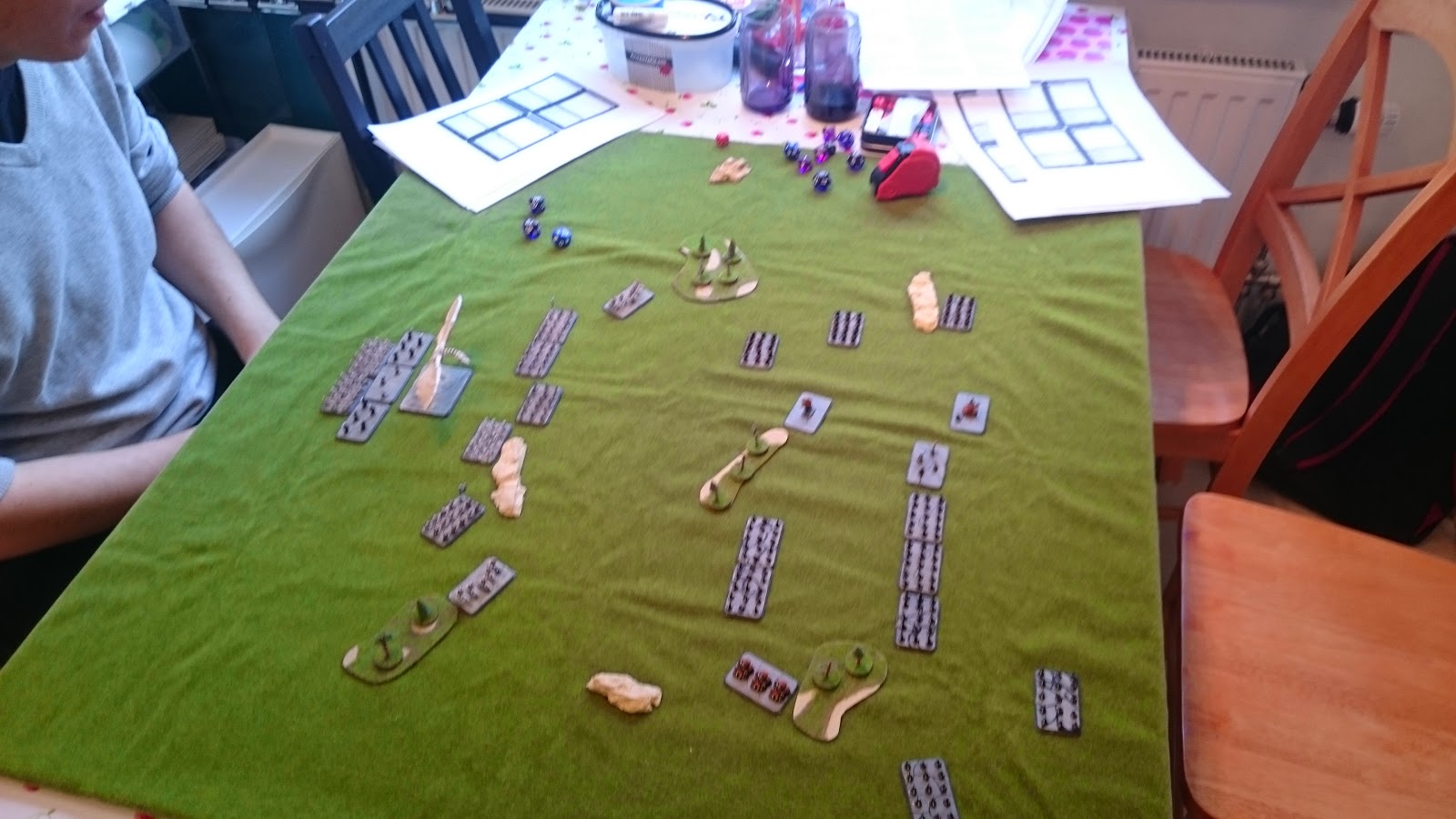 Setup, and the first turn of movement. 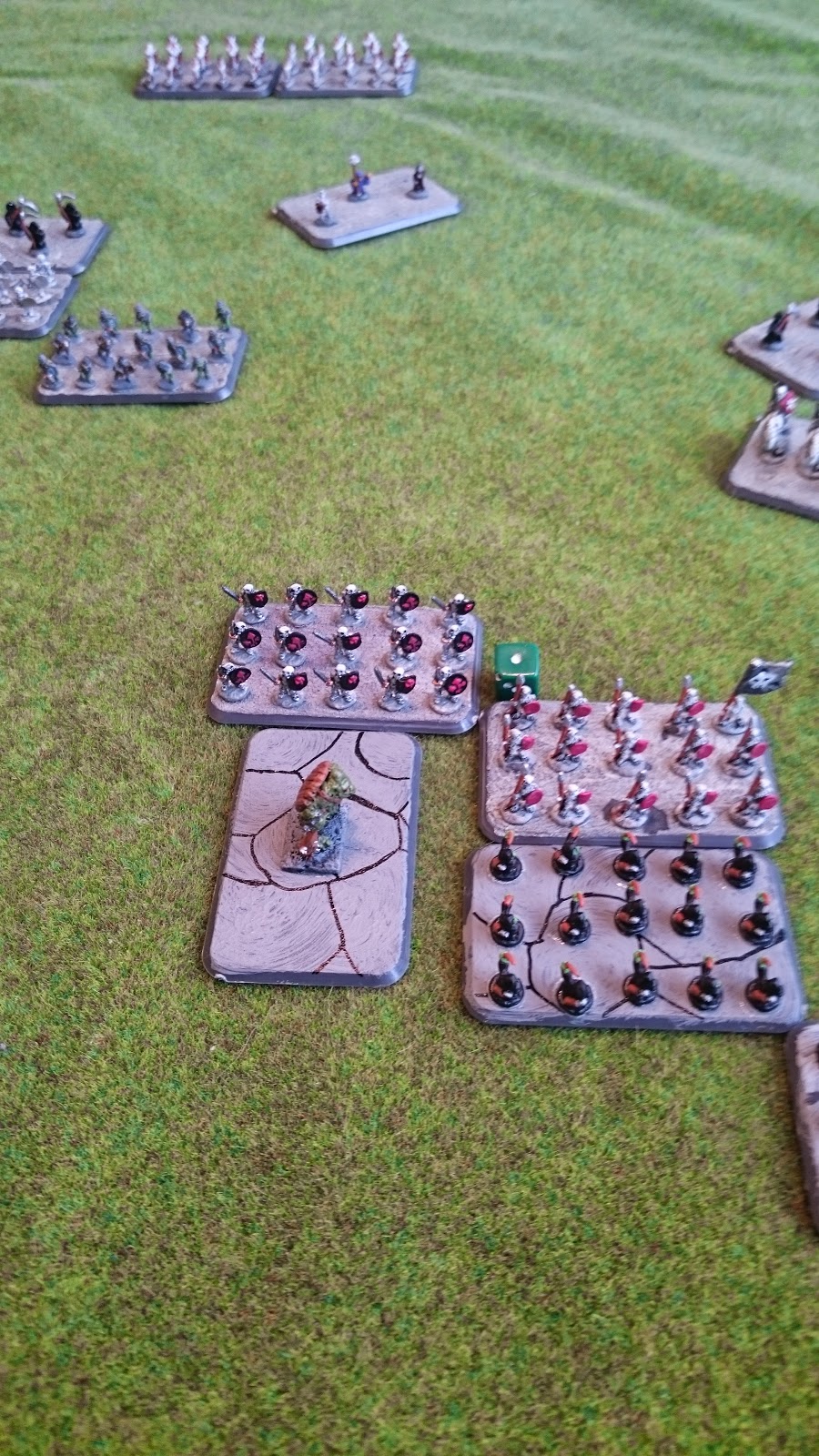 My troll crashes into his skeletons, causing disorder, but he is quickly struck down by the undead Blackguard (black and red shields). 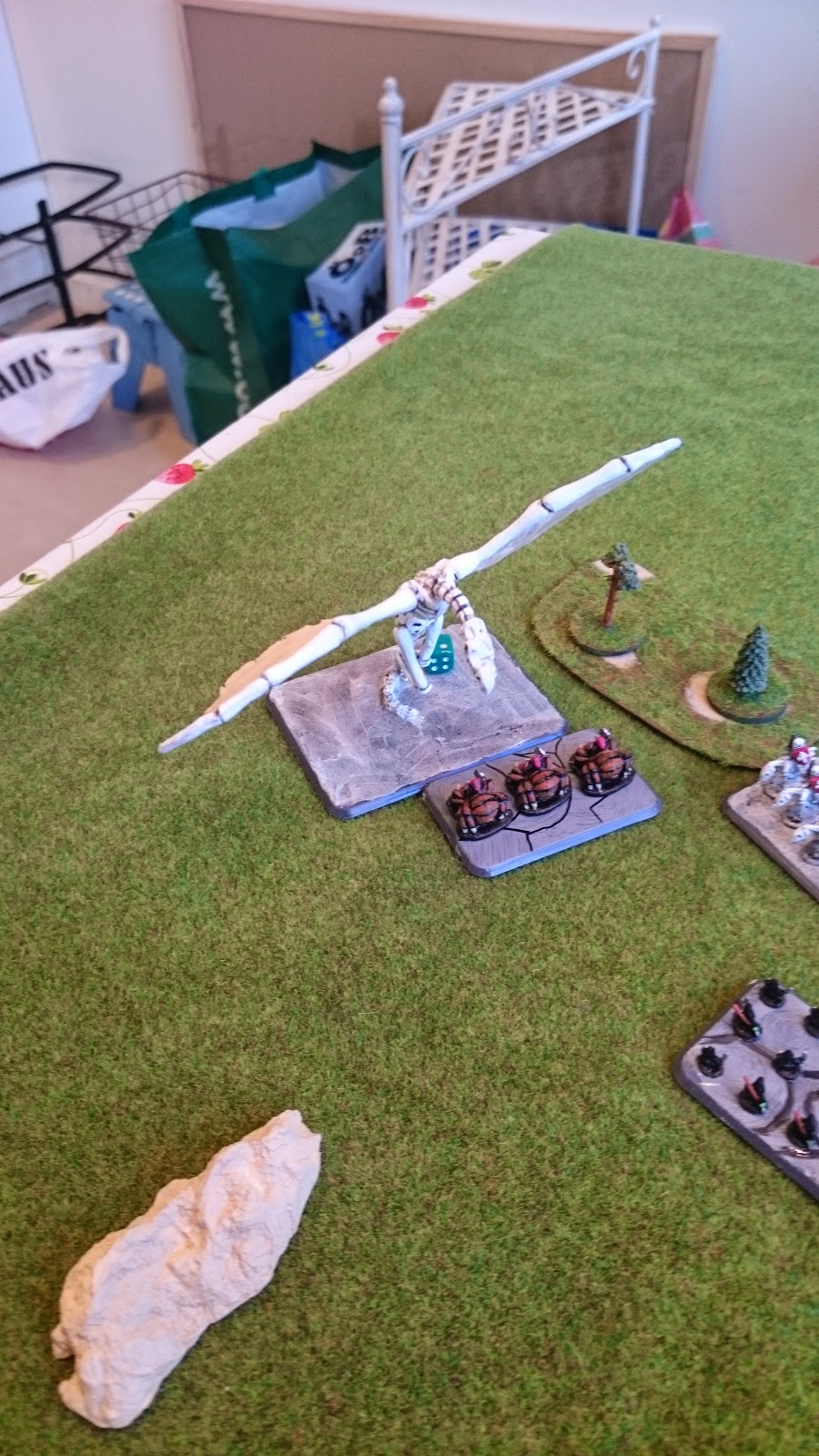 In an epic confrontation, the spider cavalry charges, and destroys the dragon. 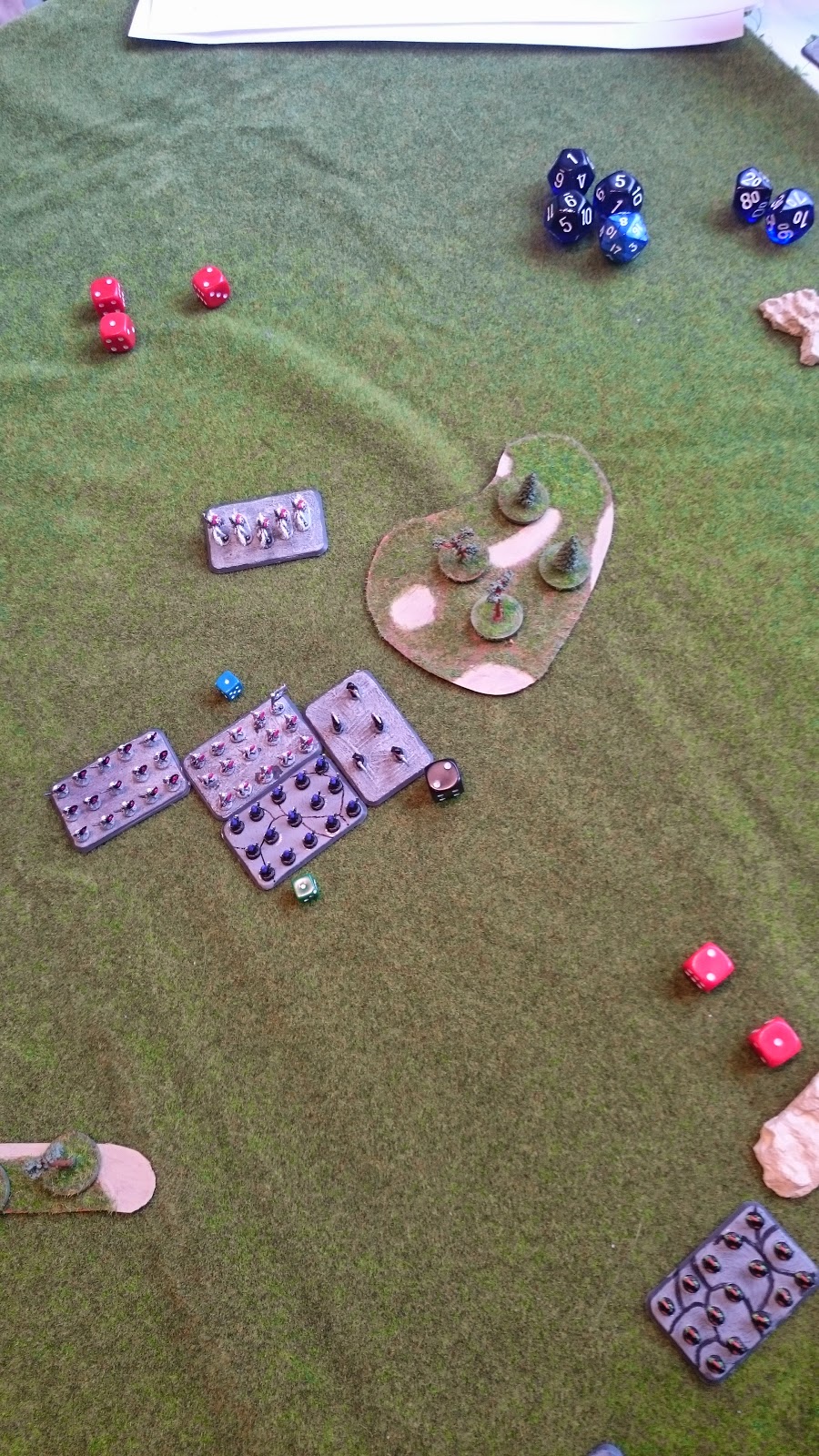 The mosh-pit, this protracted engagement lasted most of the fight, ending only when the stubborn goblin archers finally fell to the undead onslaught.
﻿ 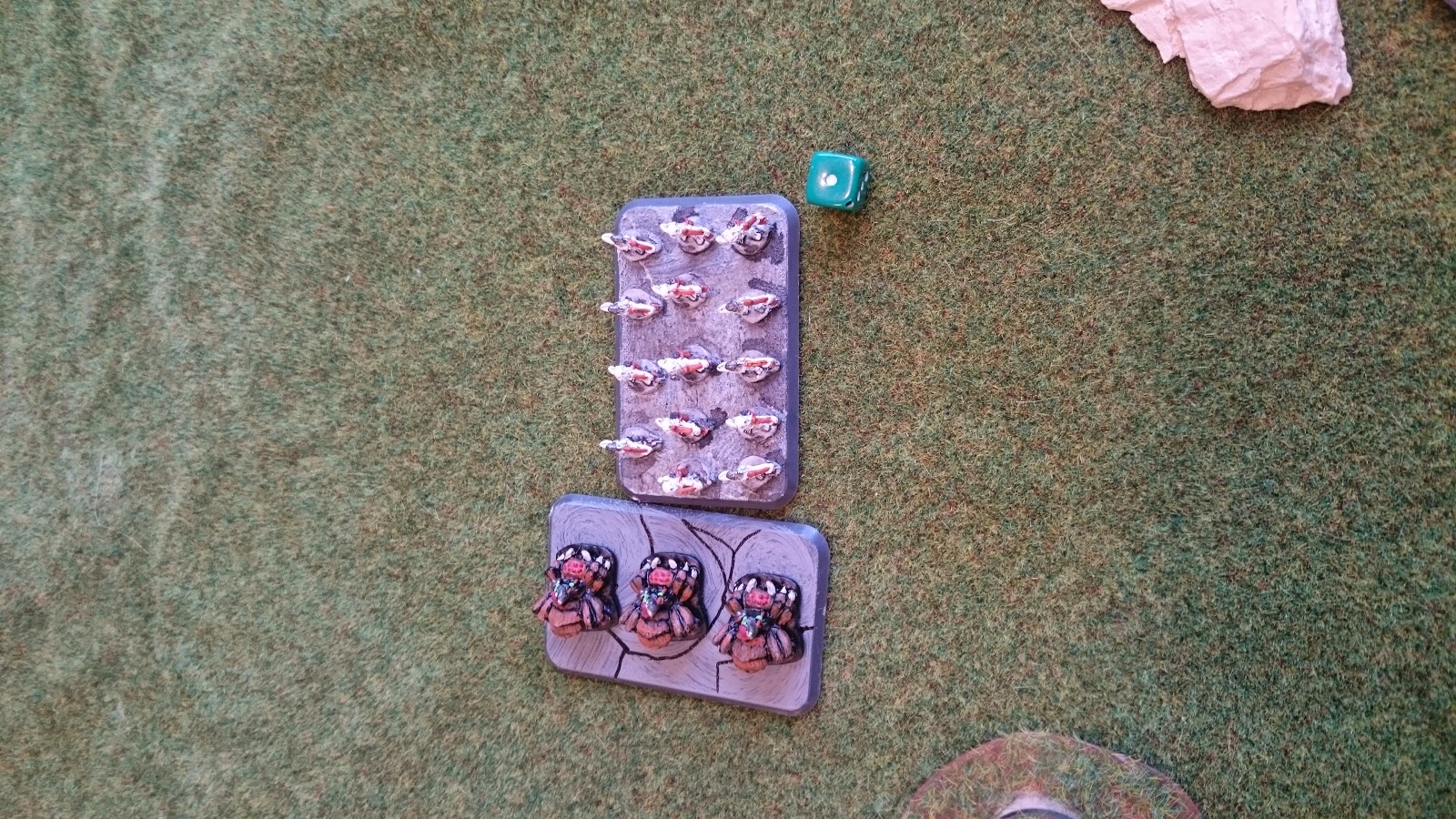 Everything was looking good, the cavalry had come upon the flanks of the undead, but when they charged, disaster struck! Both sides rolled a 1 for the combat score, meaning they both were destroyed!﻿ 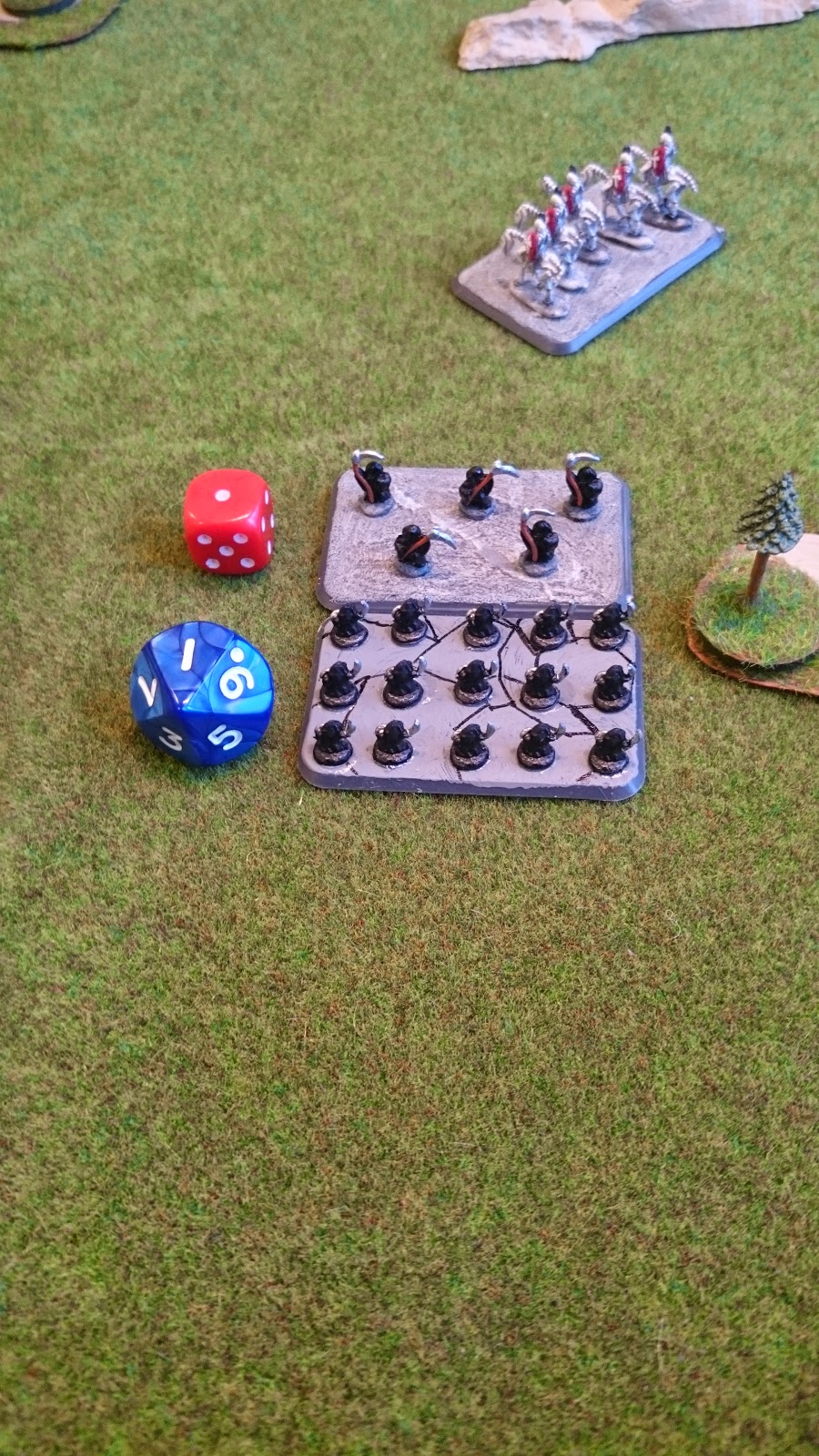 Continuing the trend of mutually assured destruction, the undead wraiths clash with some of the goblin warriors, and they end up destroying eachother too.

The battle was not going my way, with the loss of cavalry and almost all my spearmen, along with half of my archers, I managed to bring my opponent to this breaking point, but we both kept making our break checks.
After a few more turns I finally conceded defeat, having left my last few units too far back to do any good this late in the battle.

It was a fun game nevertheless, and nice to play against a human opponent! His interest piqued, we have set a date for another game, planning to try out a dungeon crawl.

Posted by Alexander Wasberg at 22:03