Tiny heroes and villians appear on the fringe

With my fantasy dungeon taking up a lot of time, I haven't been doing much exept planning,building and painting various modules and terrain for this Project.
I did however finish a large batch of 6mm sci-fi and fantasy minis before I got started on my current project.

There was enough of them that I decided to make 2 posts, one for each setting.
So first we have some models for my 6mil Five Parsecs (and possibly other) games: 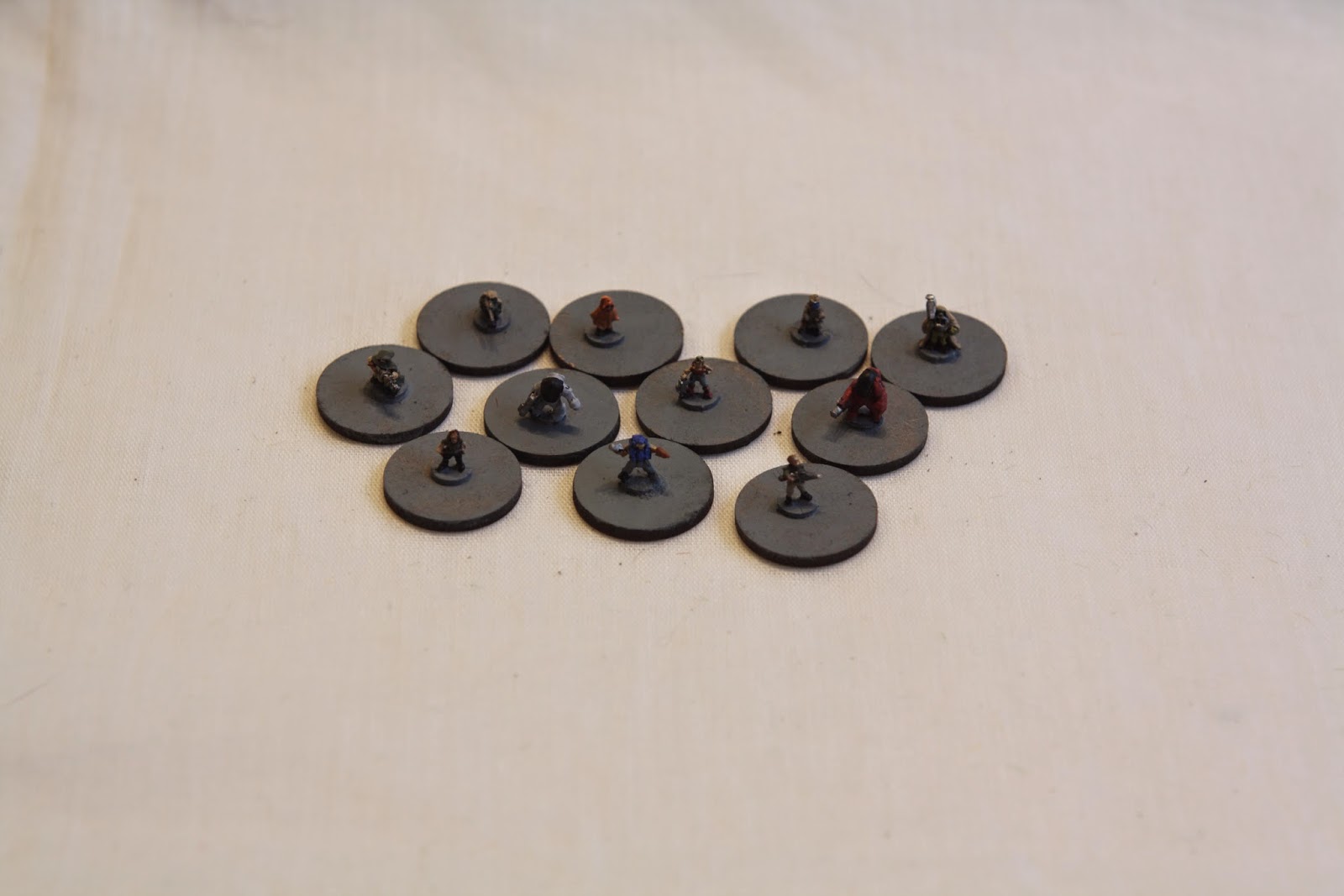 The heroes/adventurers. A group of death-defying men and women out for treasure, glory and power. No backstory for the models as of now, but that will be sorted as soon as I decide who's on the team. 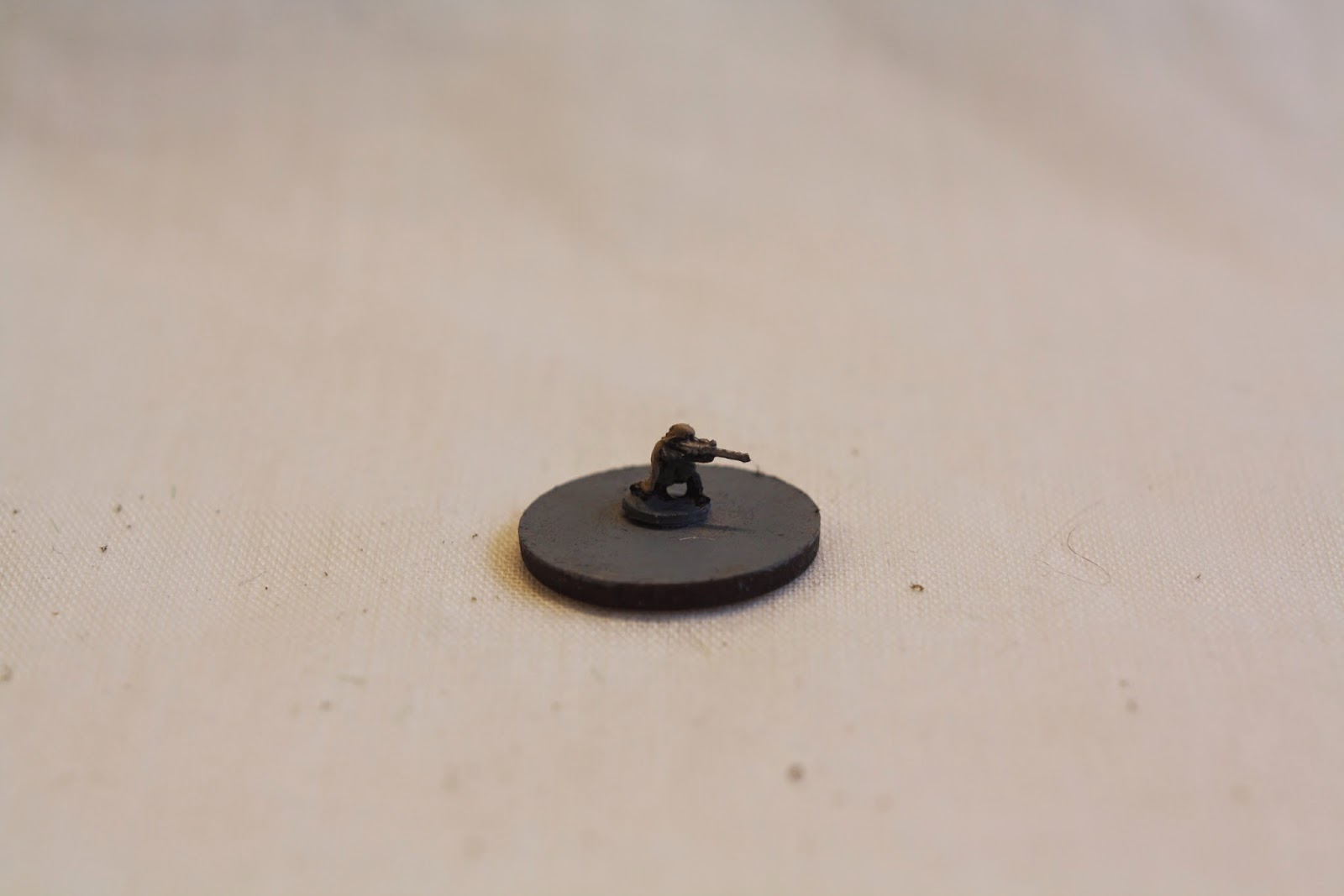 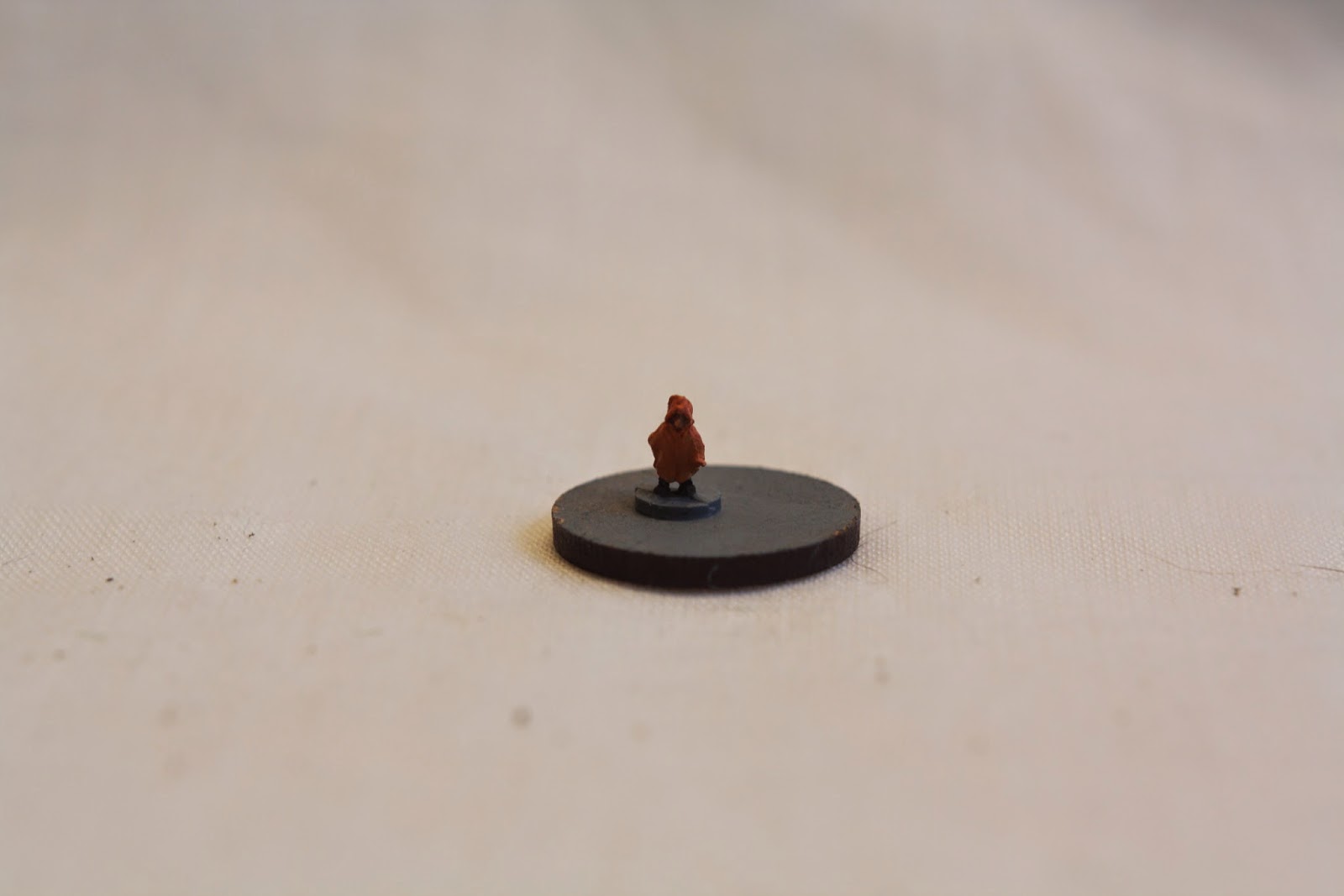 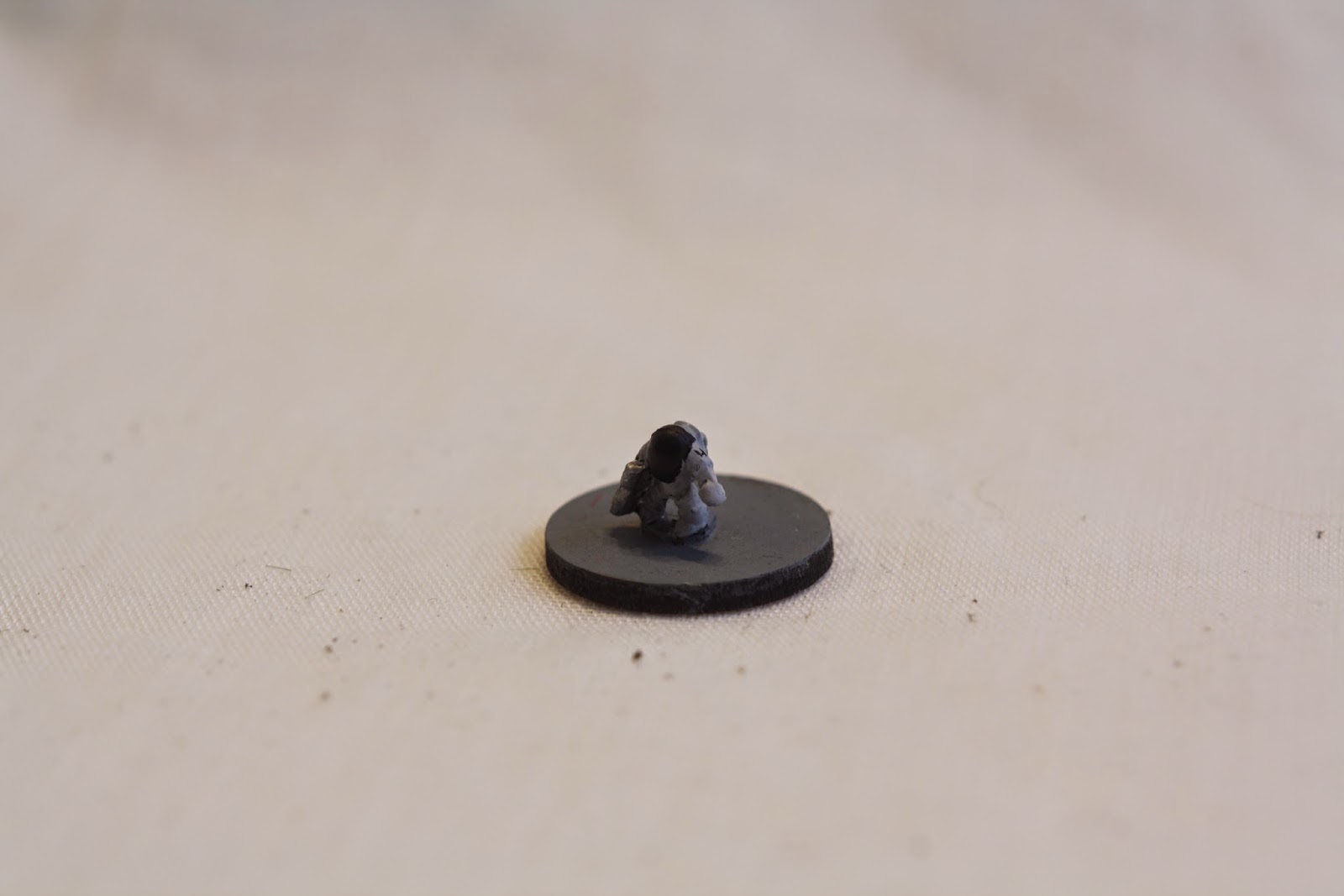 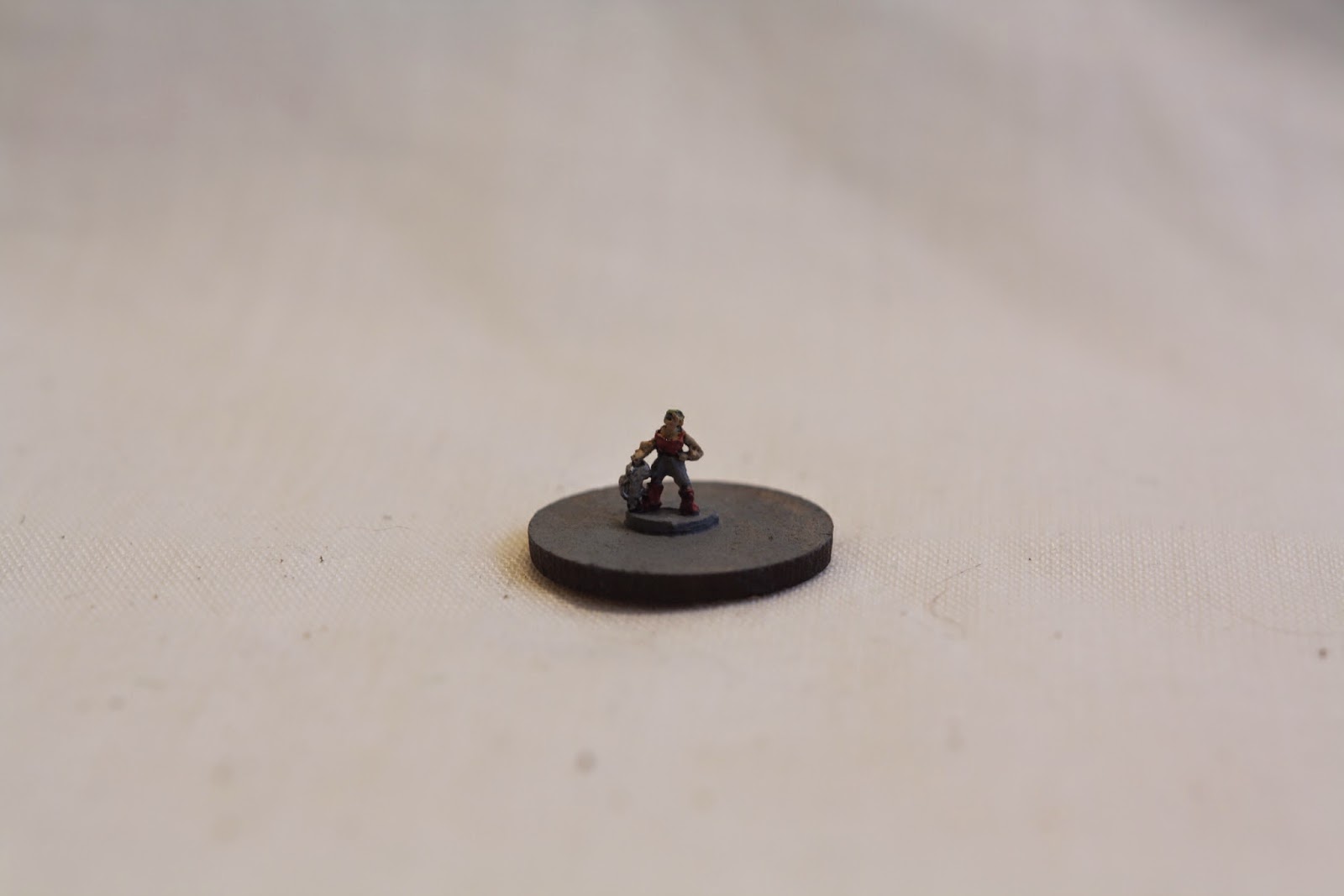 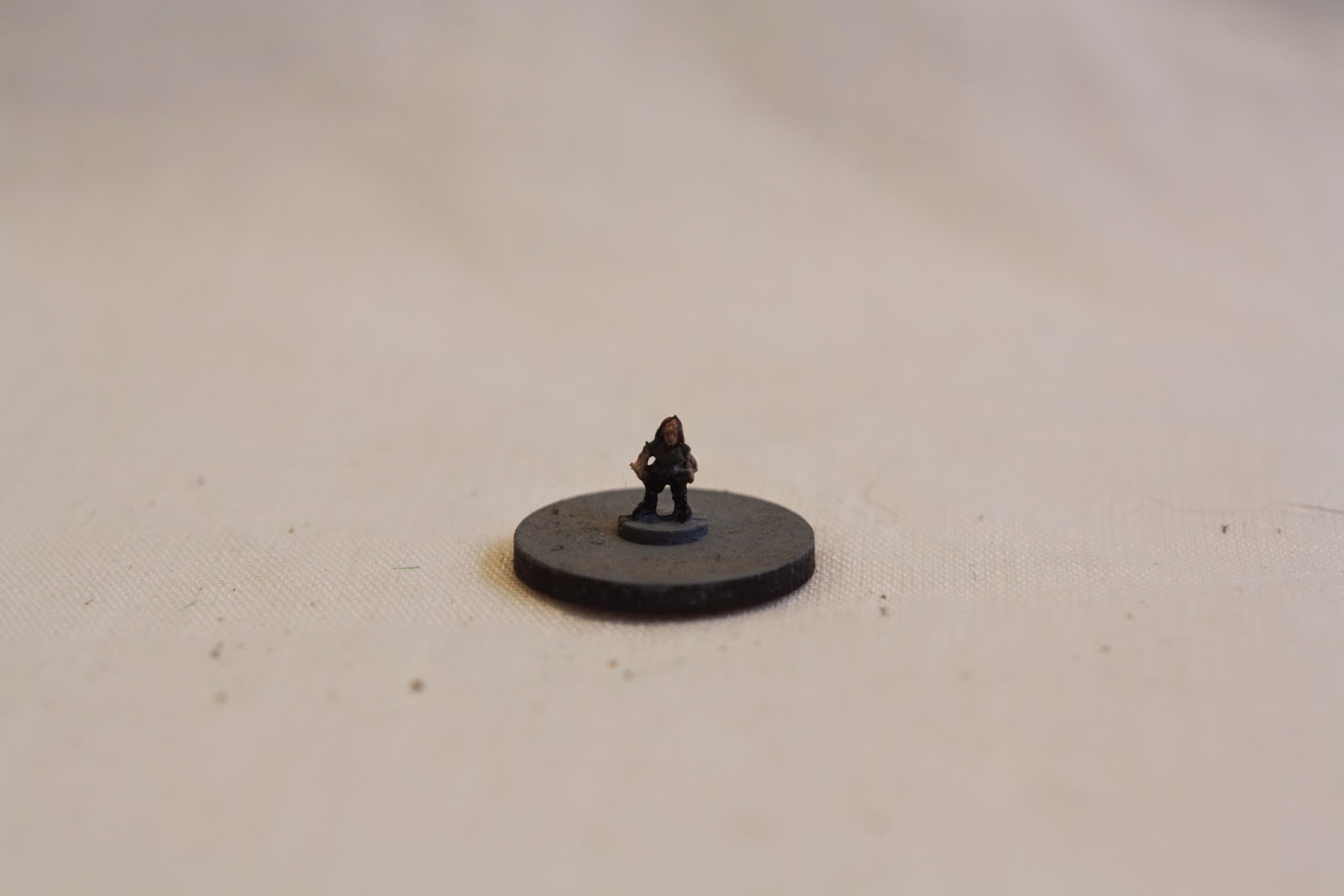 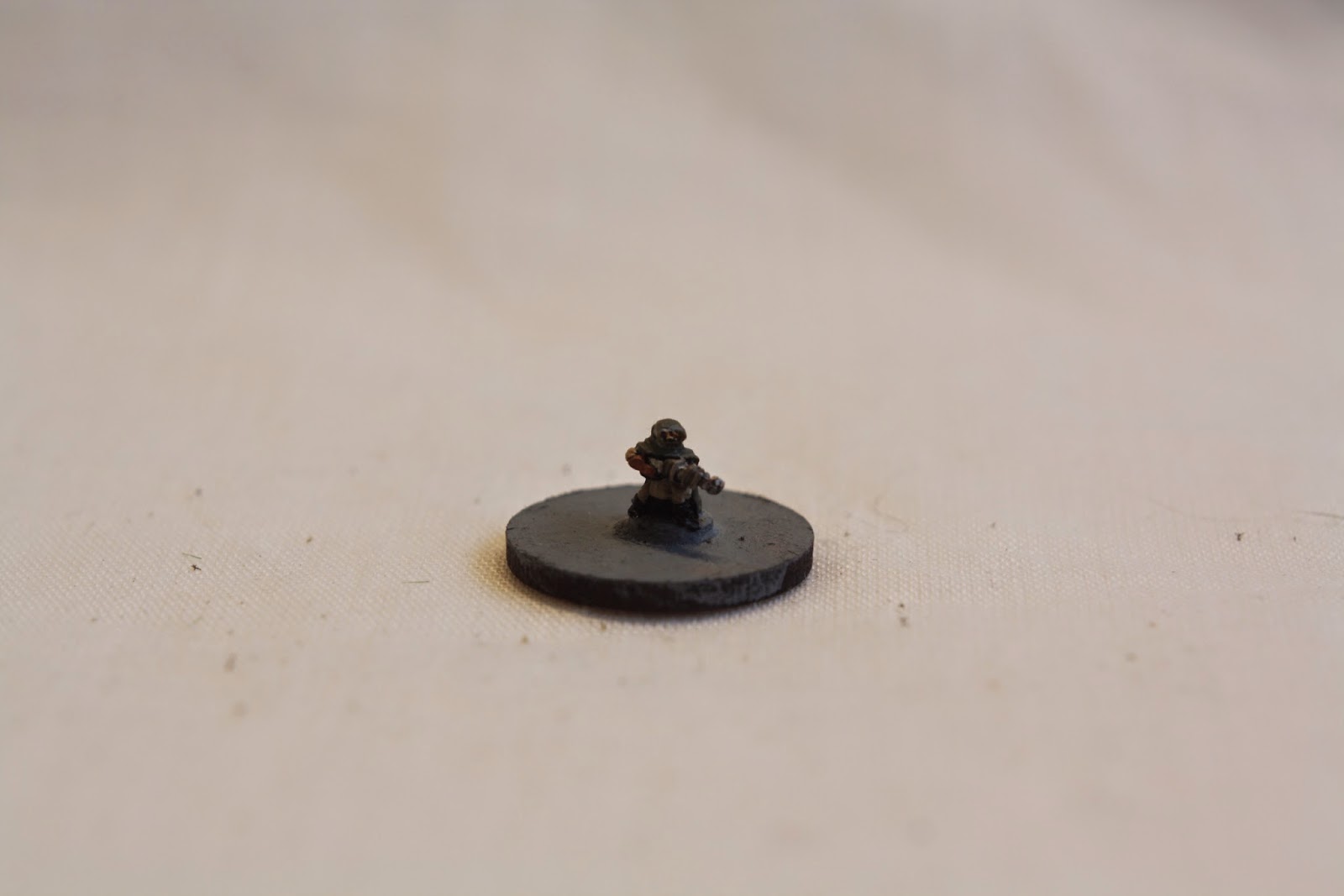 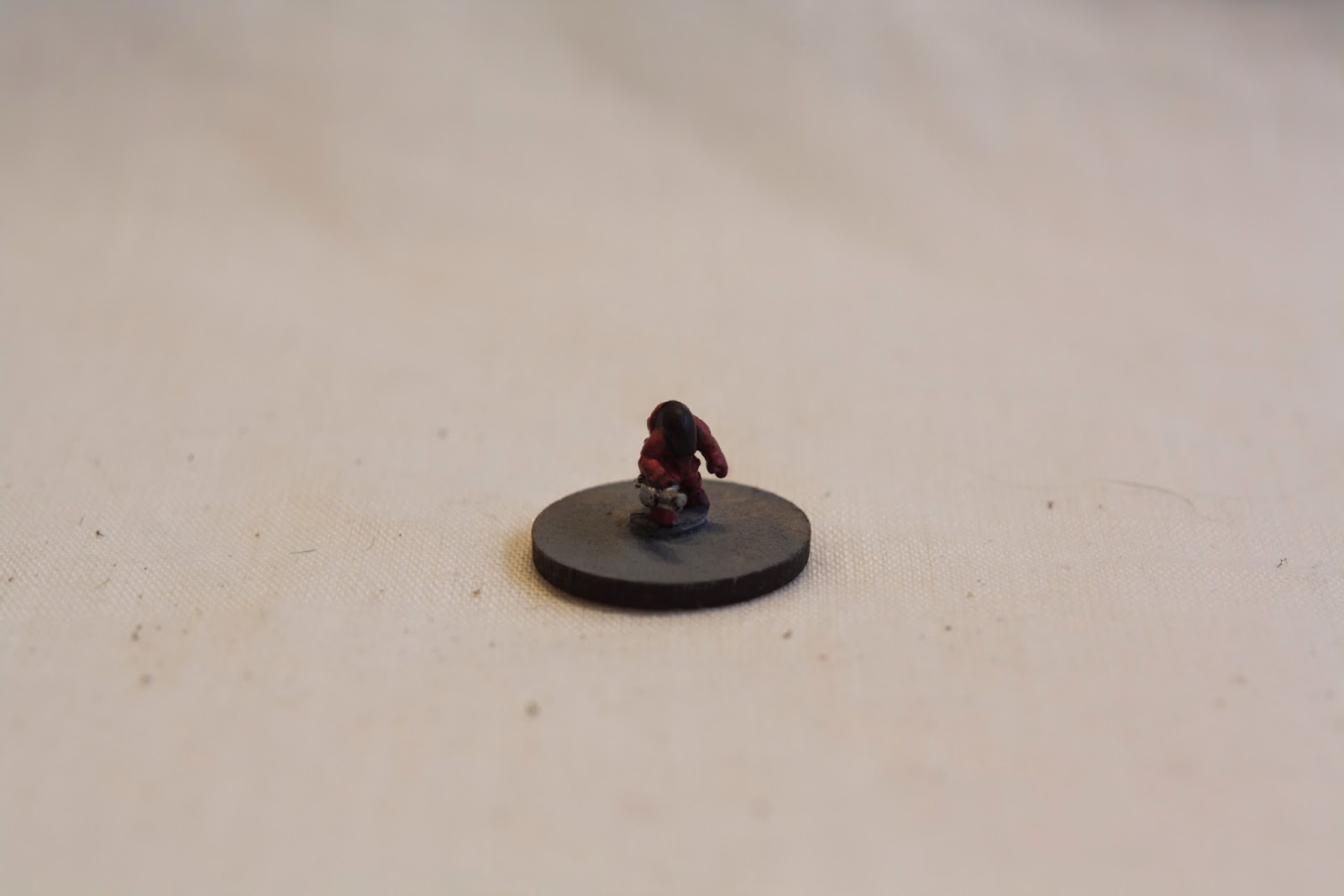 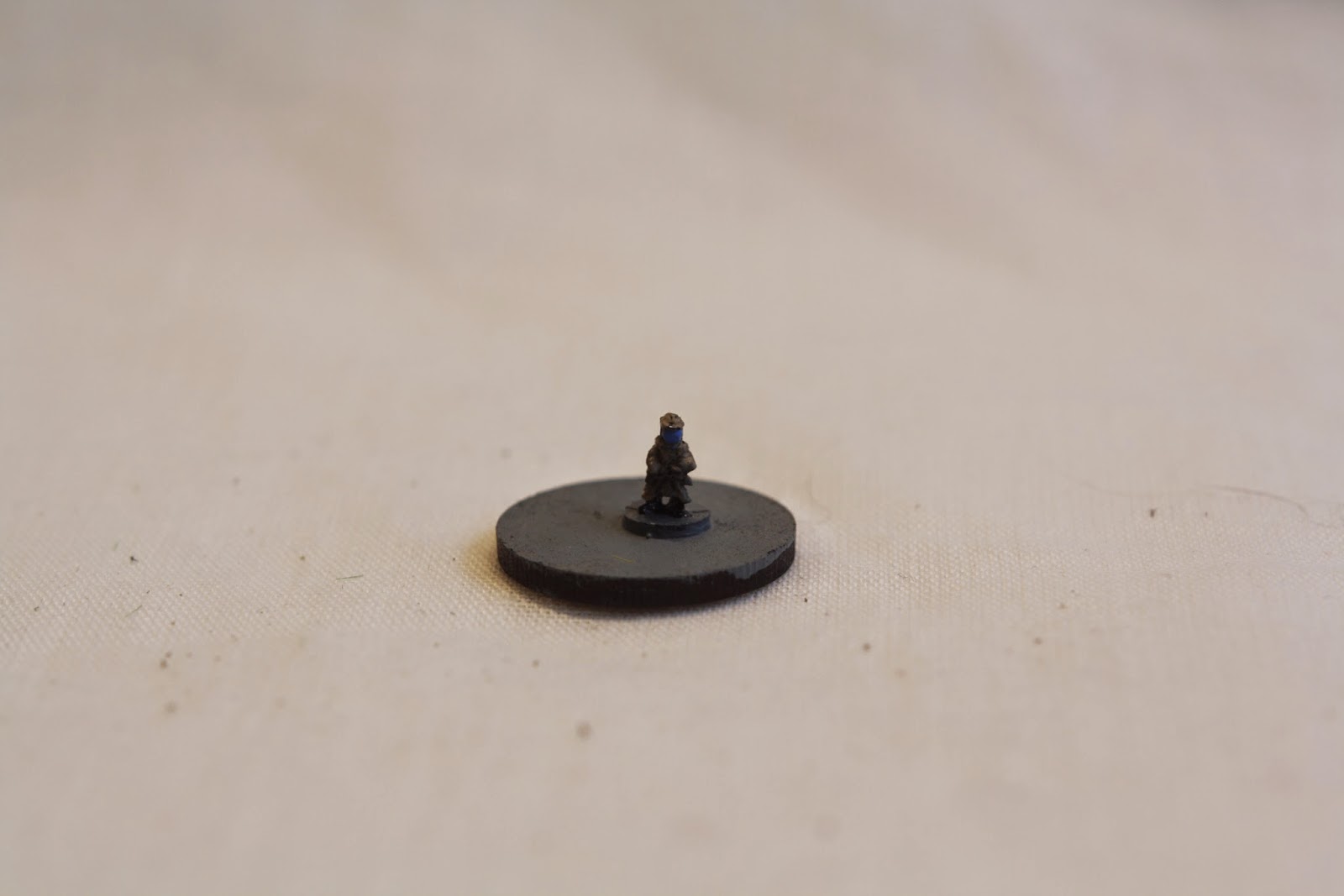 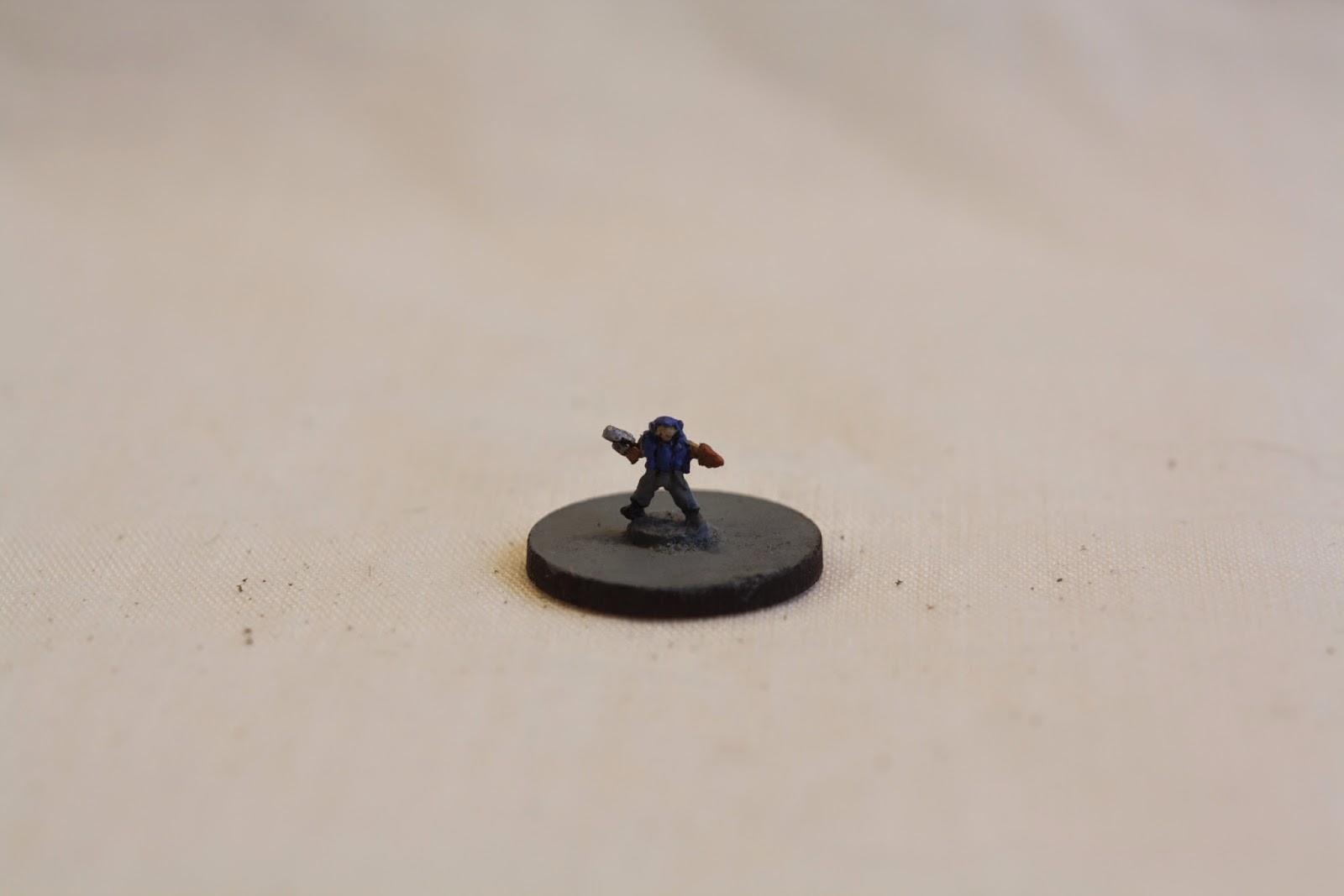 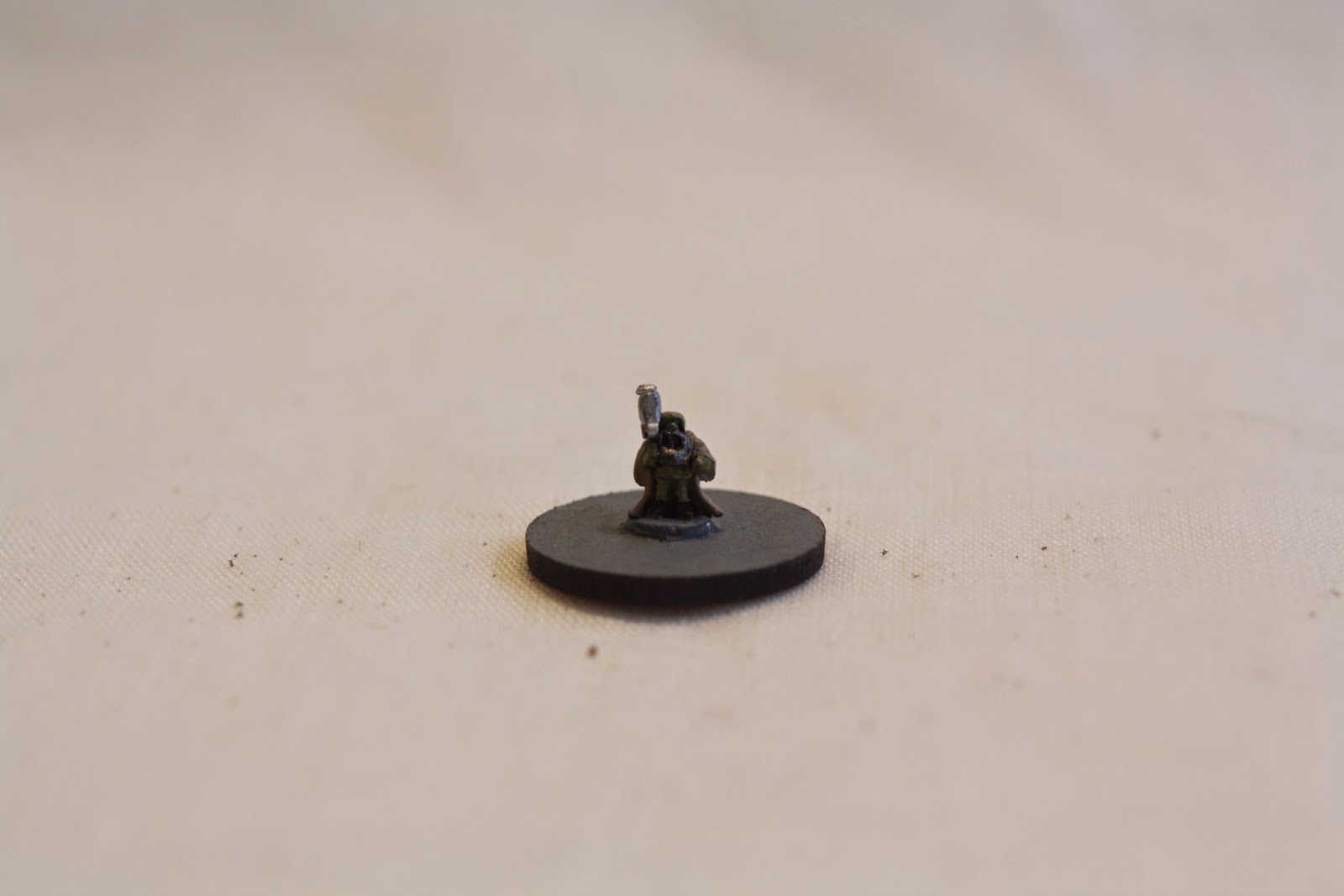 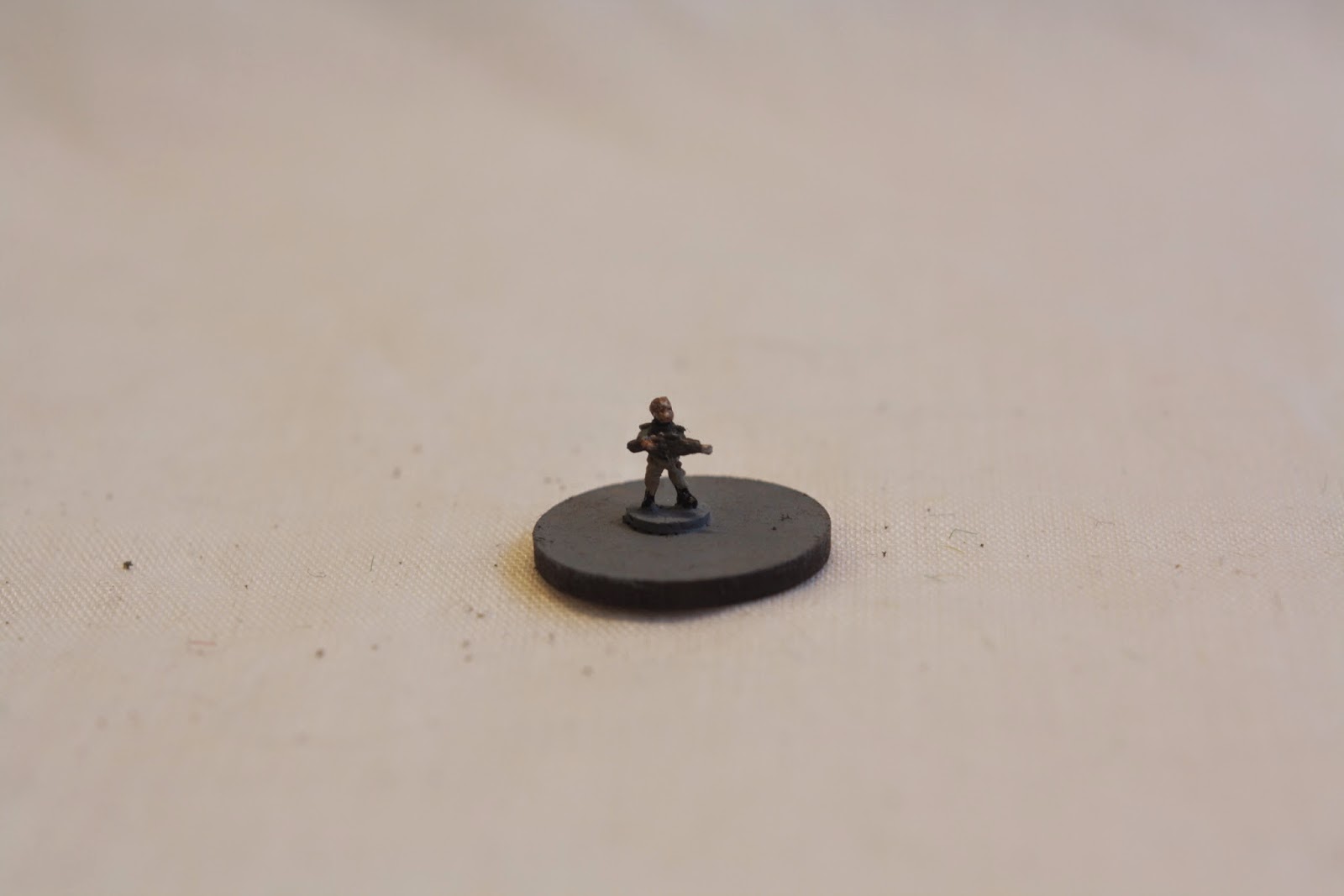 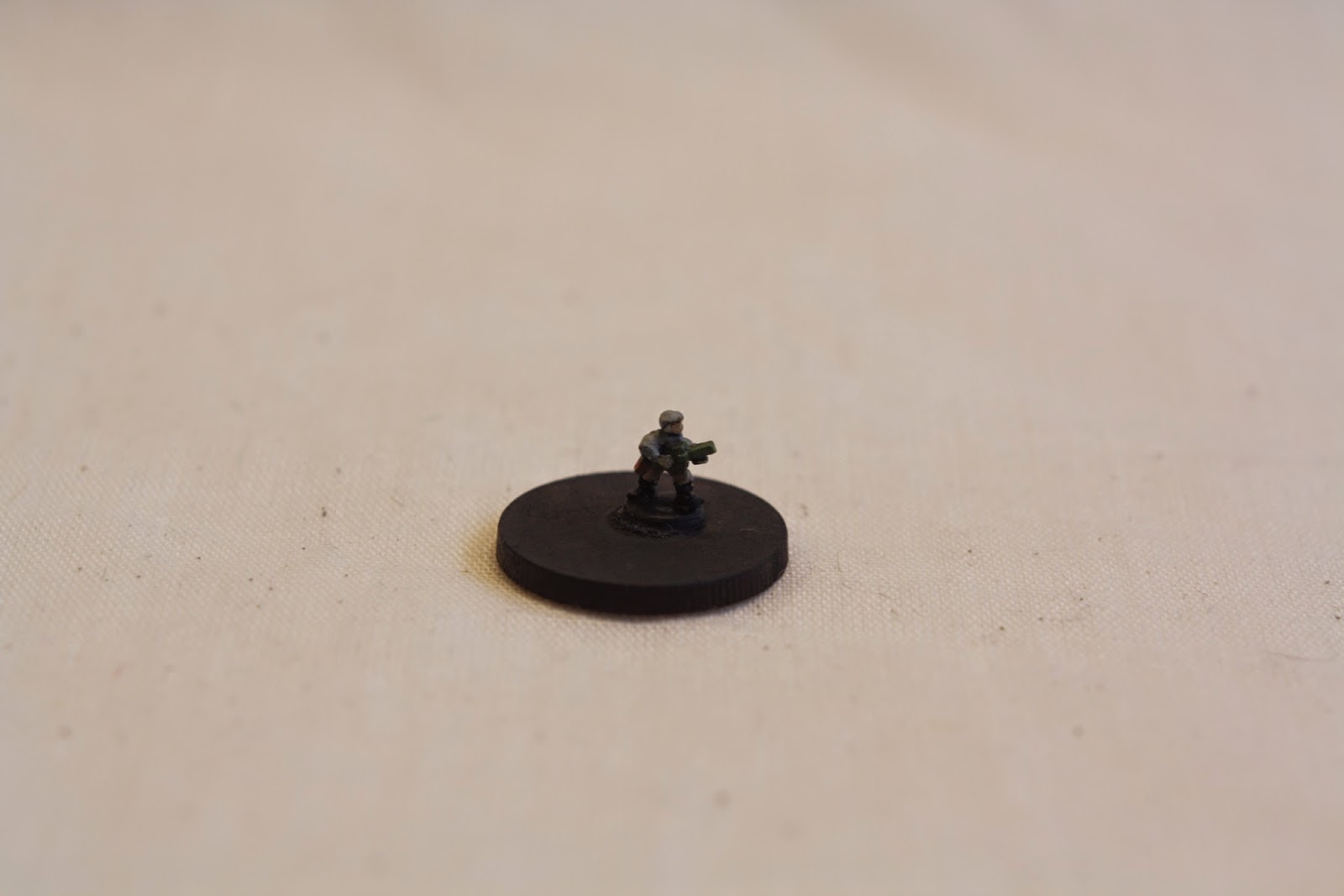 These guys are one of the main antagonists, a nomadic space-travelling race, mostly up to piracy and other nefarious crimes. The color of their armor denotes the rank of the individual in the heirarchy of the fleet. The leader of this crew is probably the one figure I'm most pleased with out of this entire set. 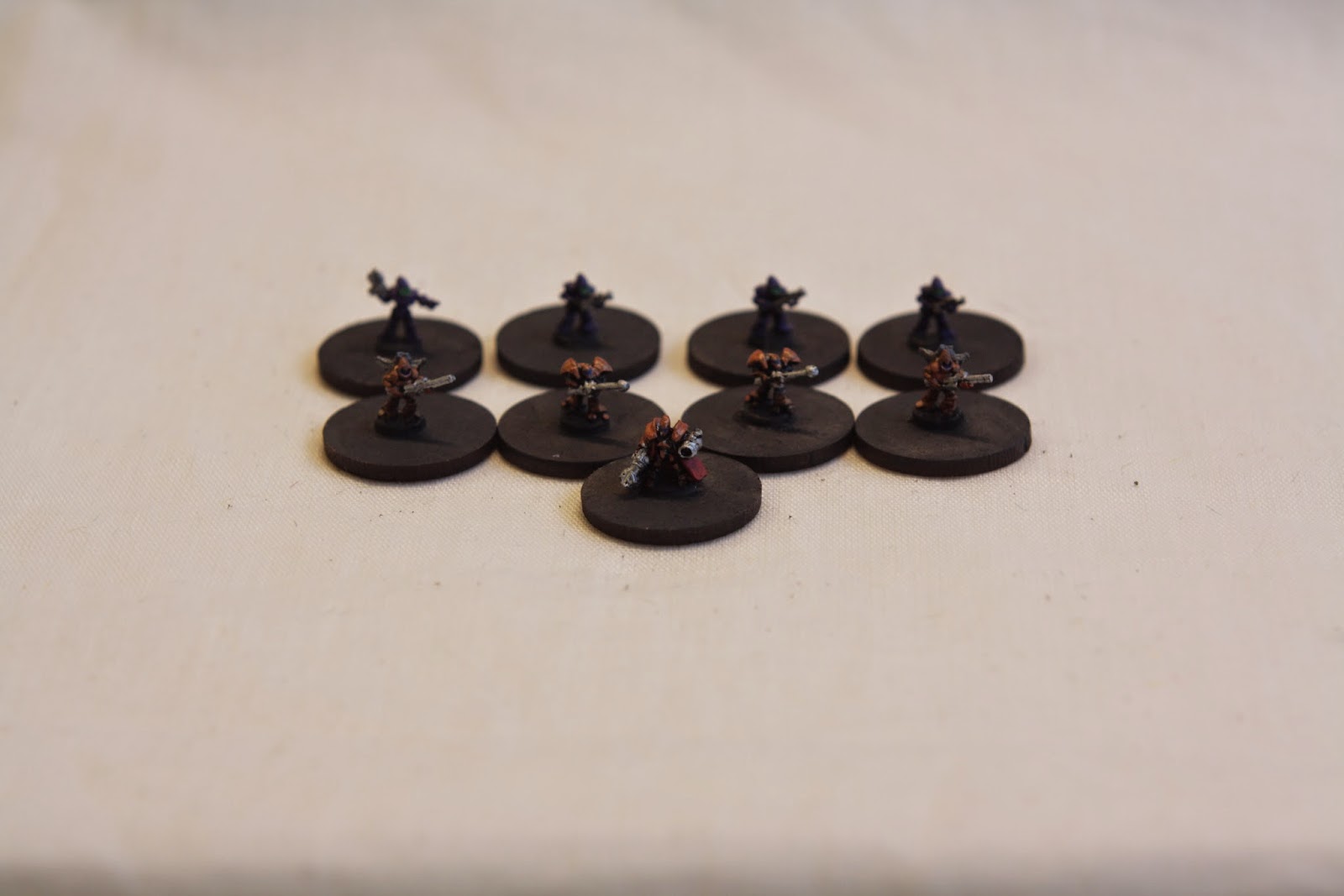 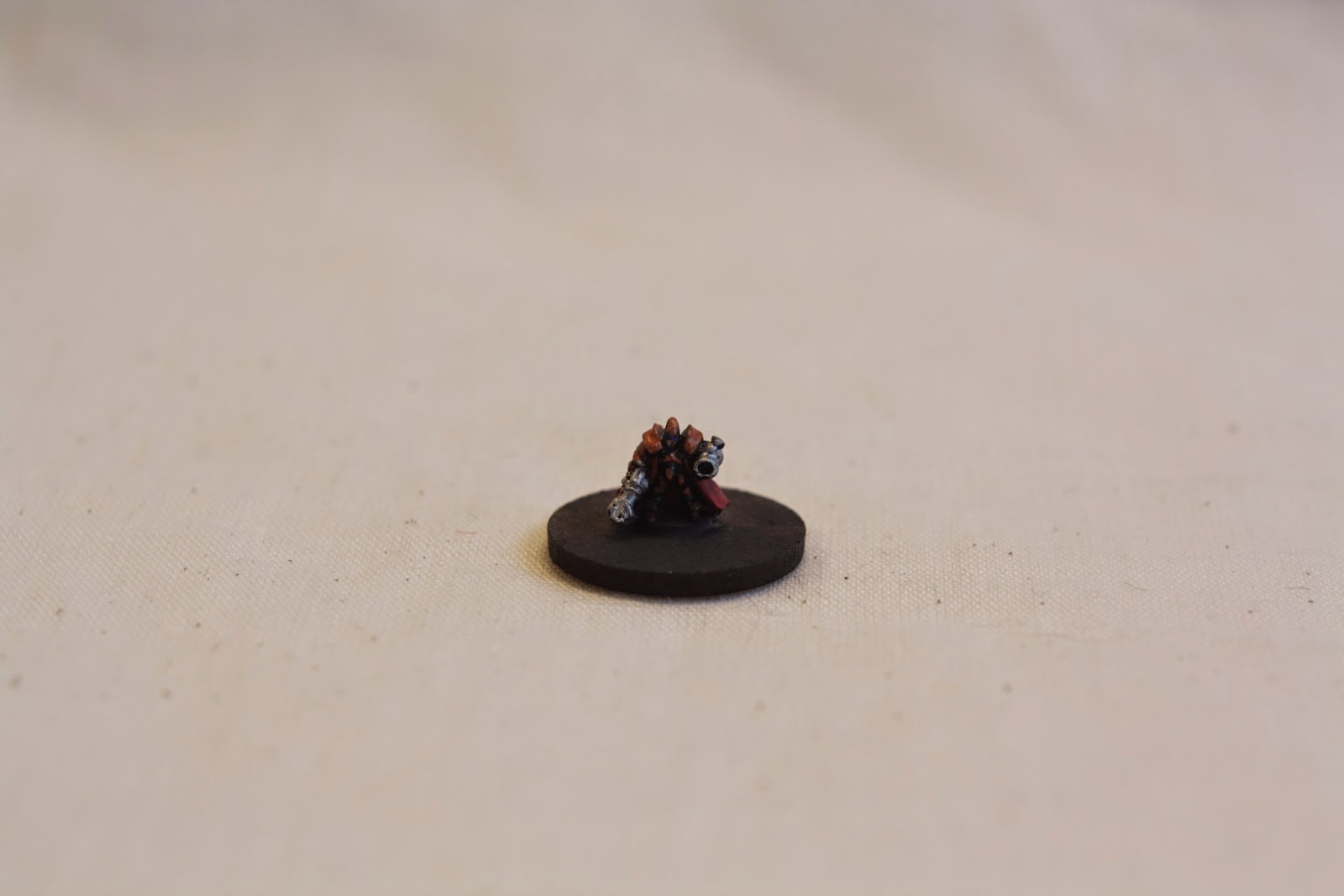 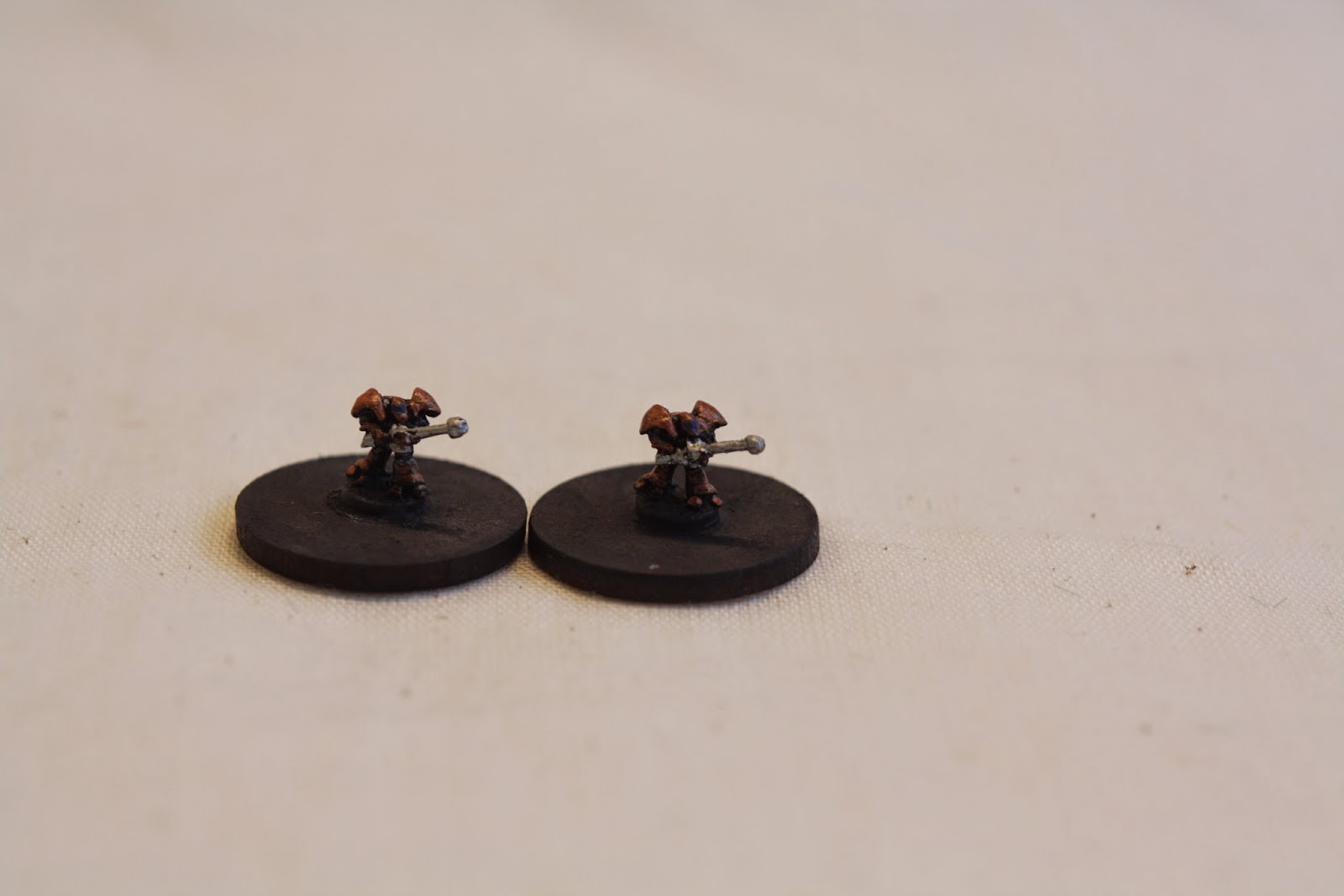 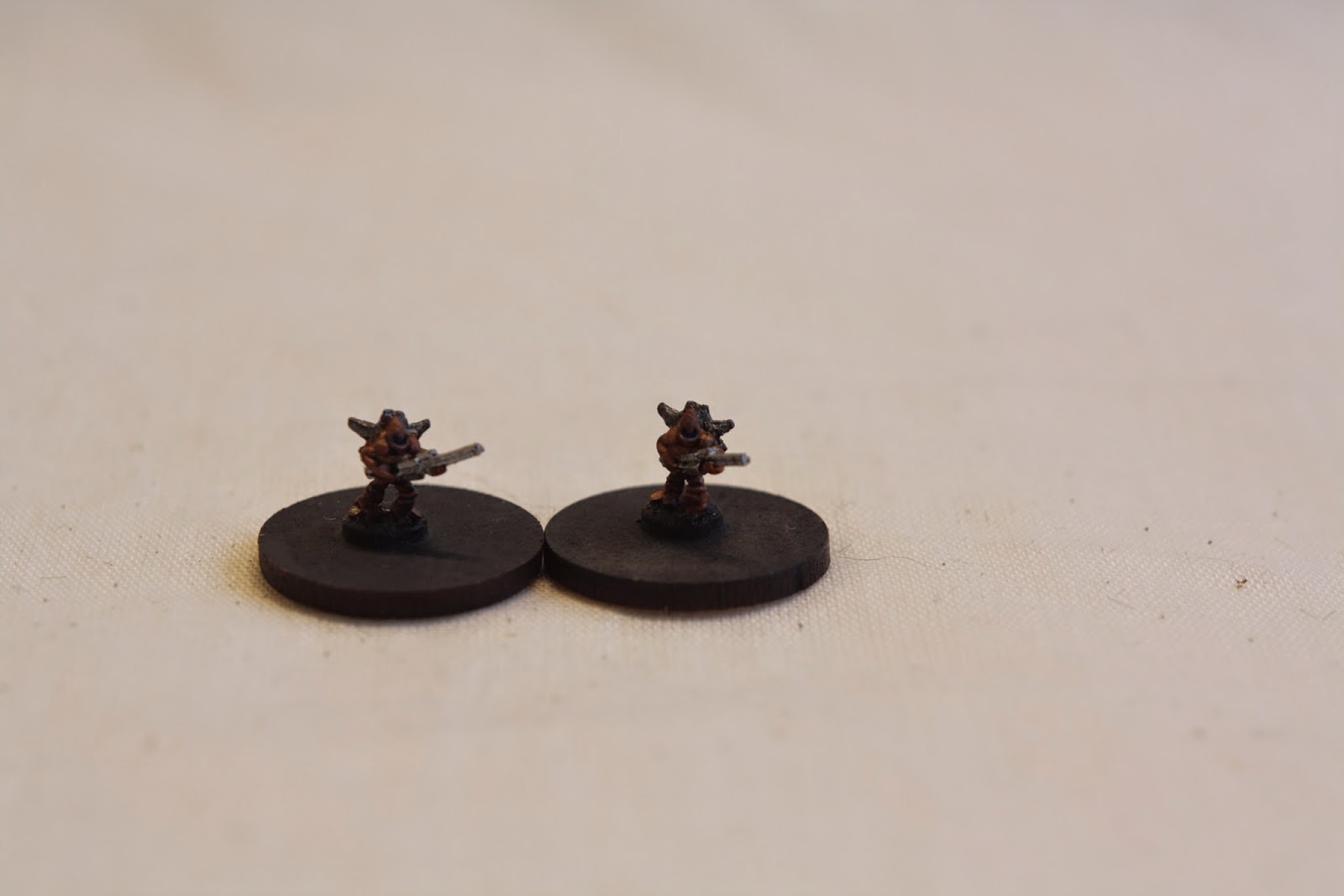 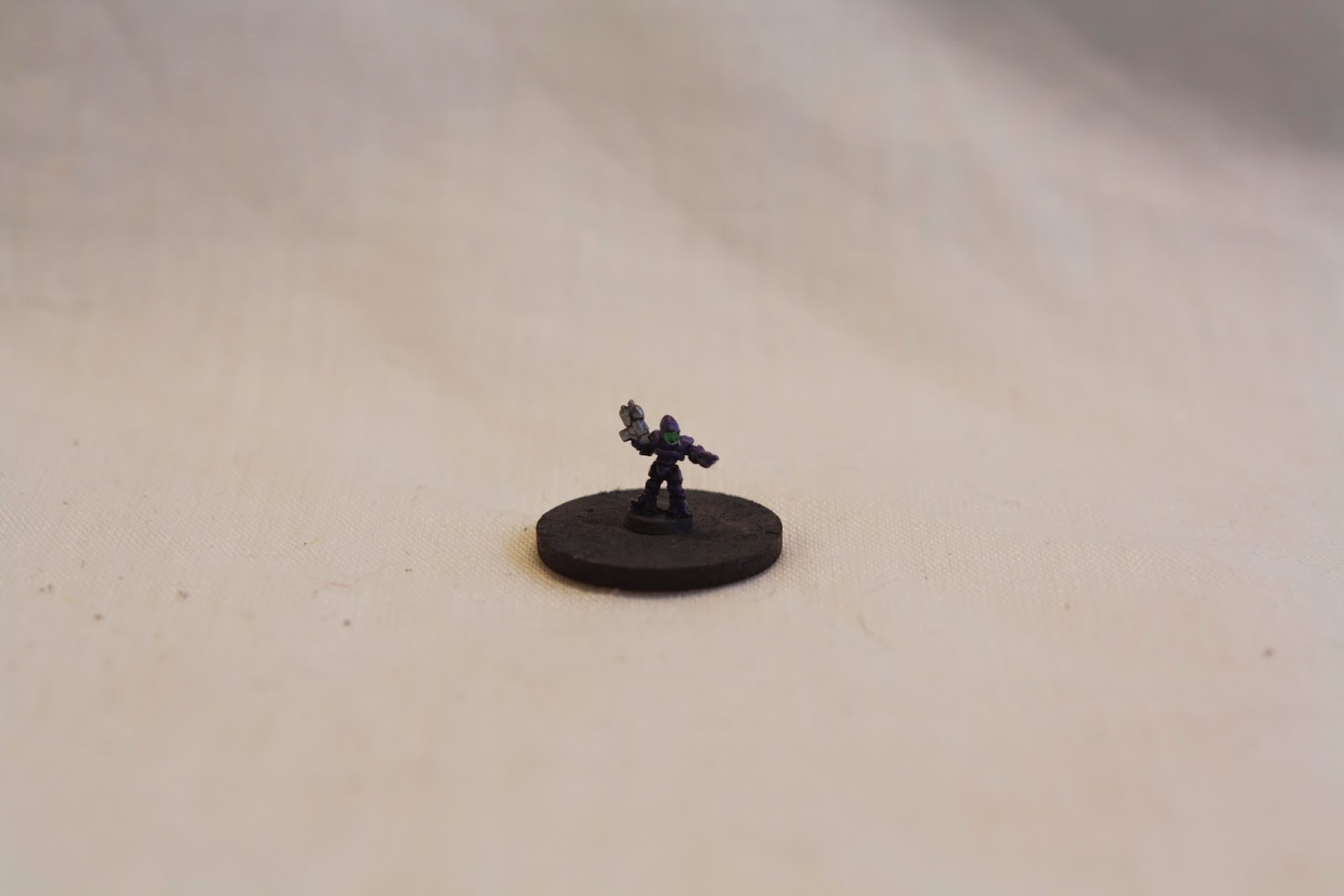 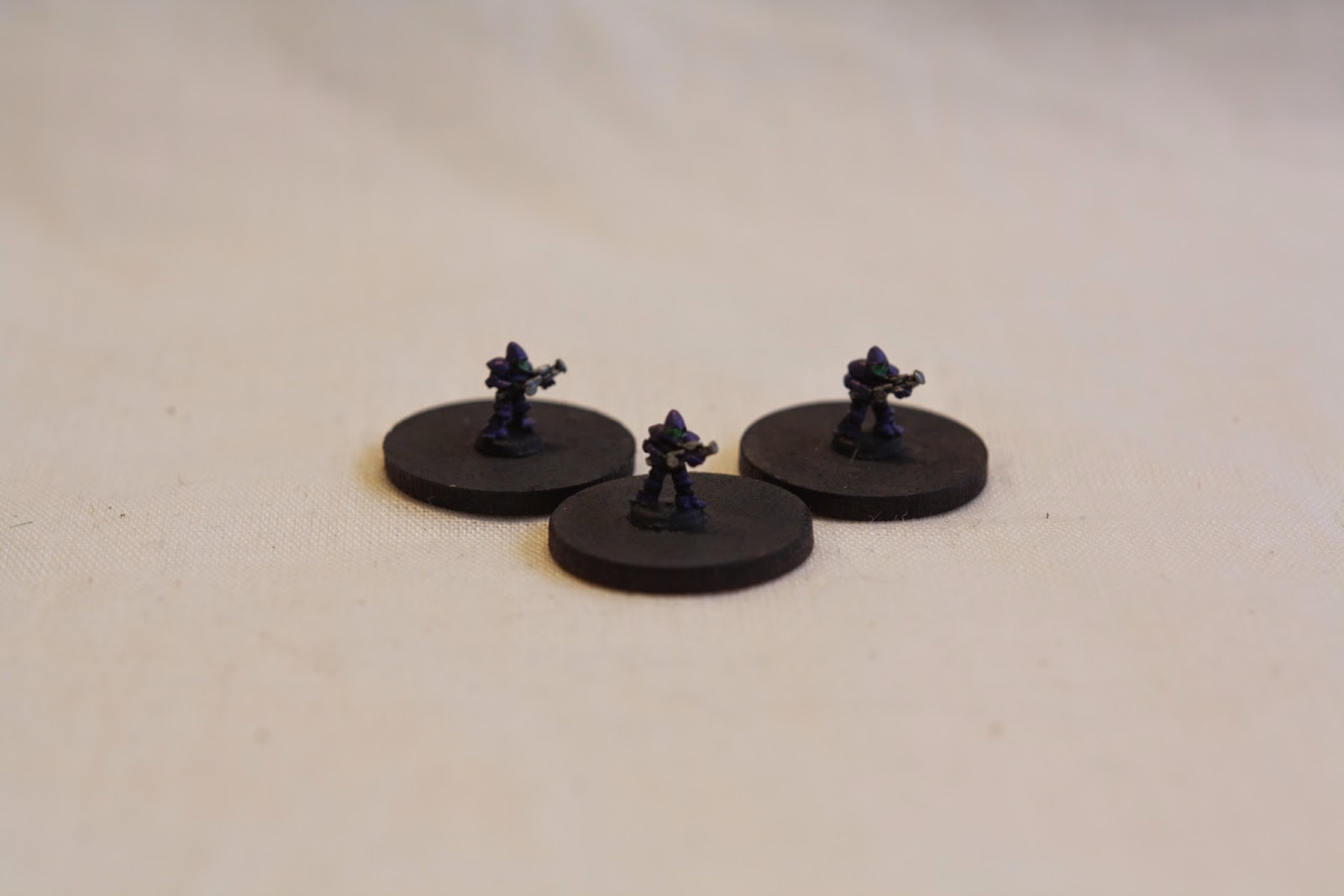 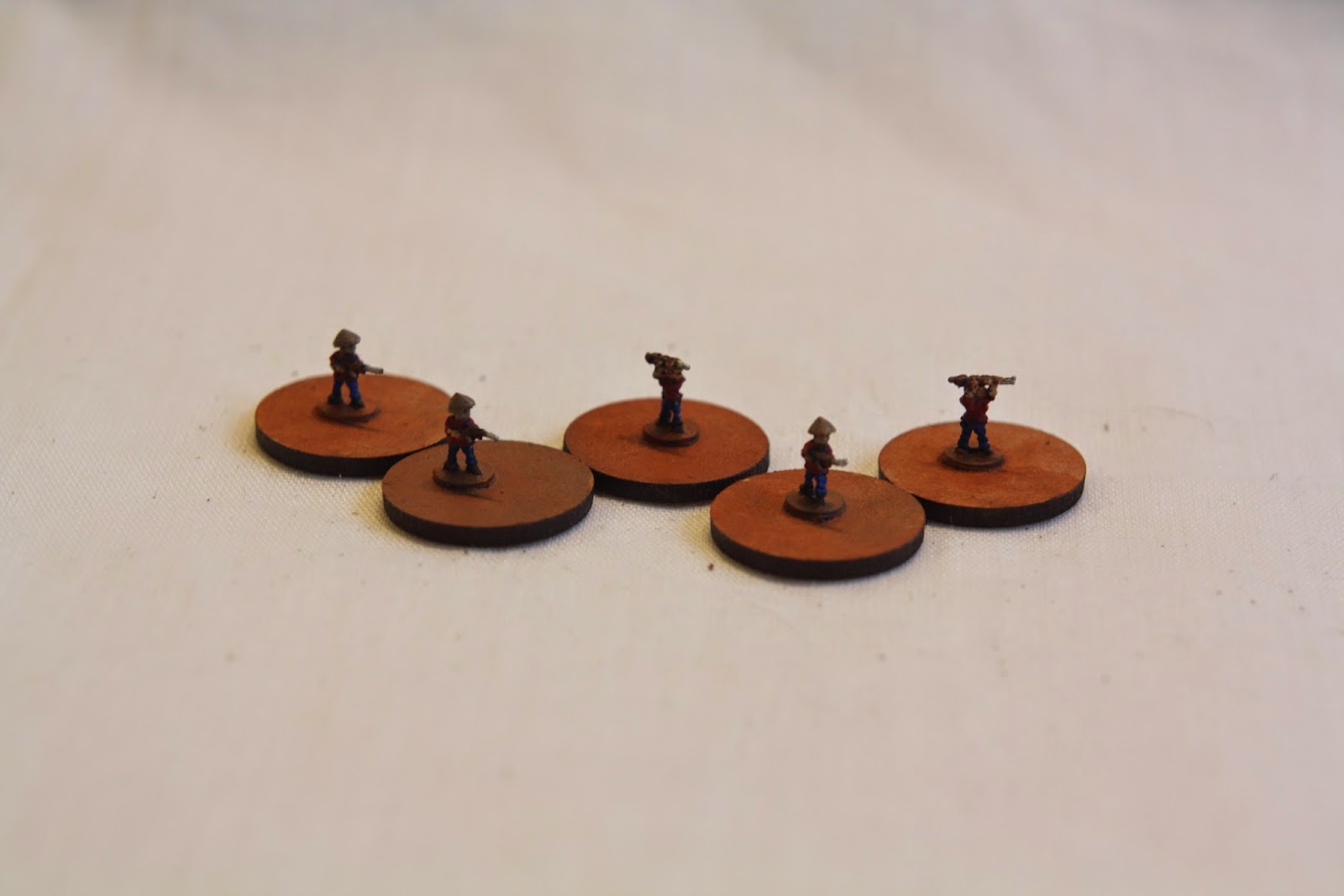 These unassuming fellows could be either rebels or cleverly disguised agents of one of the major powers of the Fringe. Our heroes might even have to help out or rescue a few of them.. 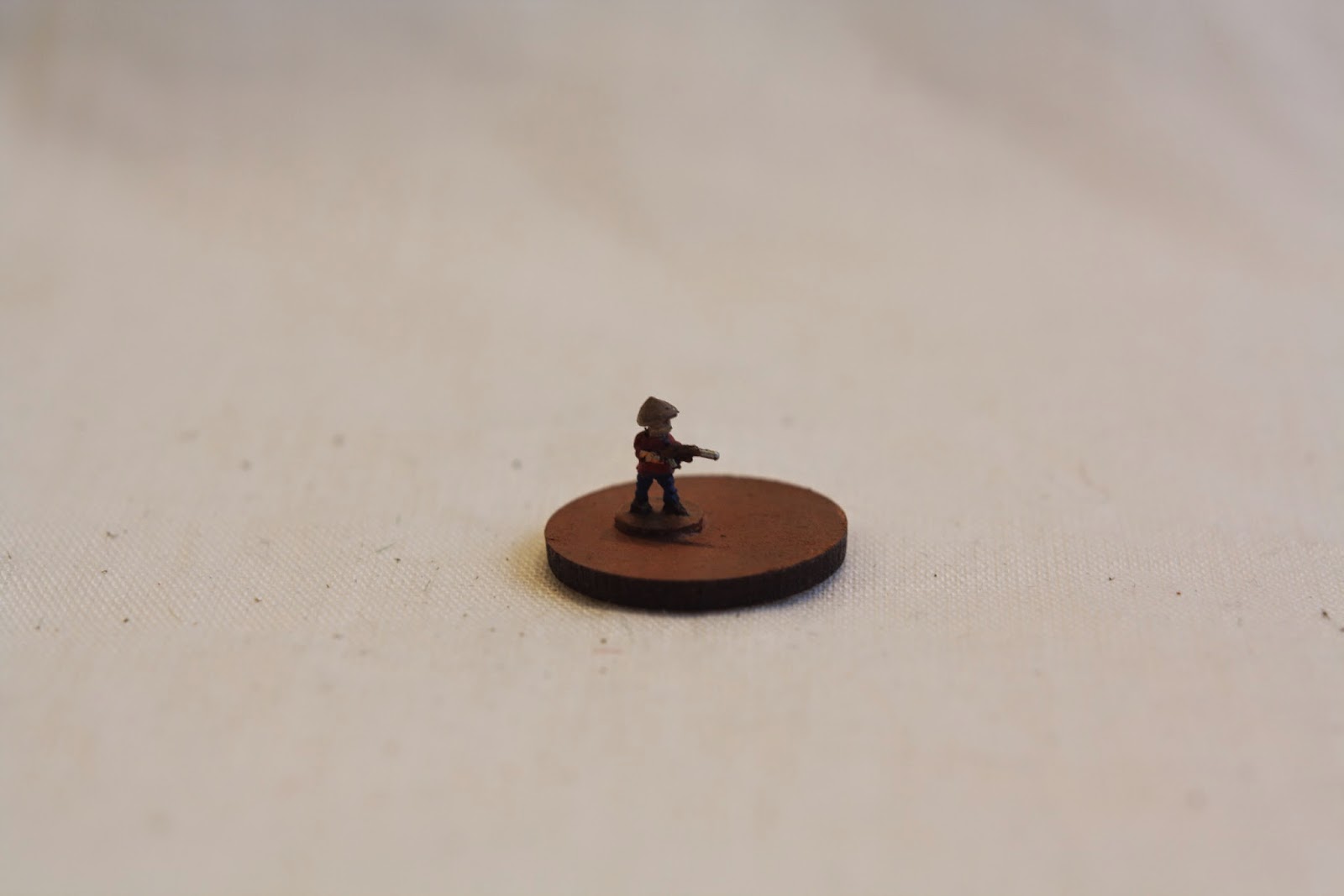 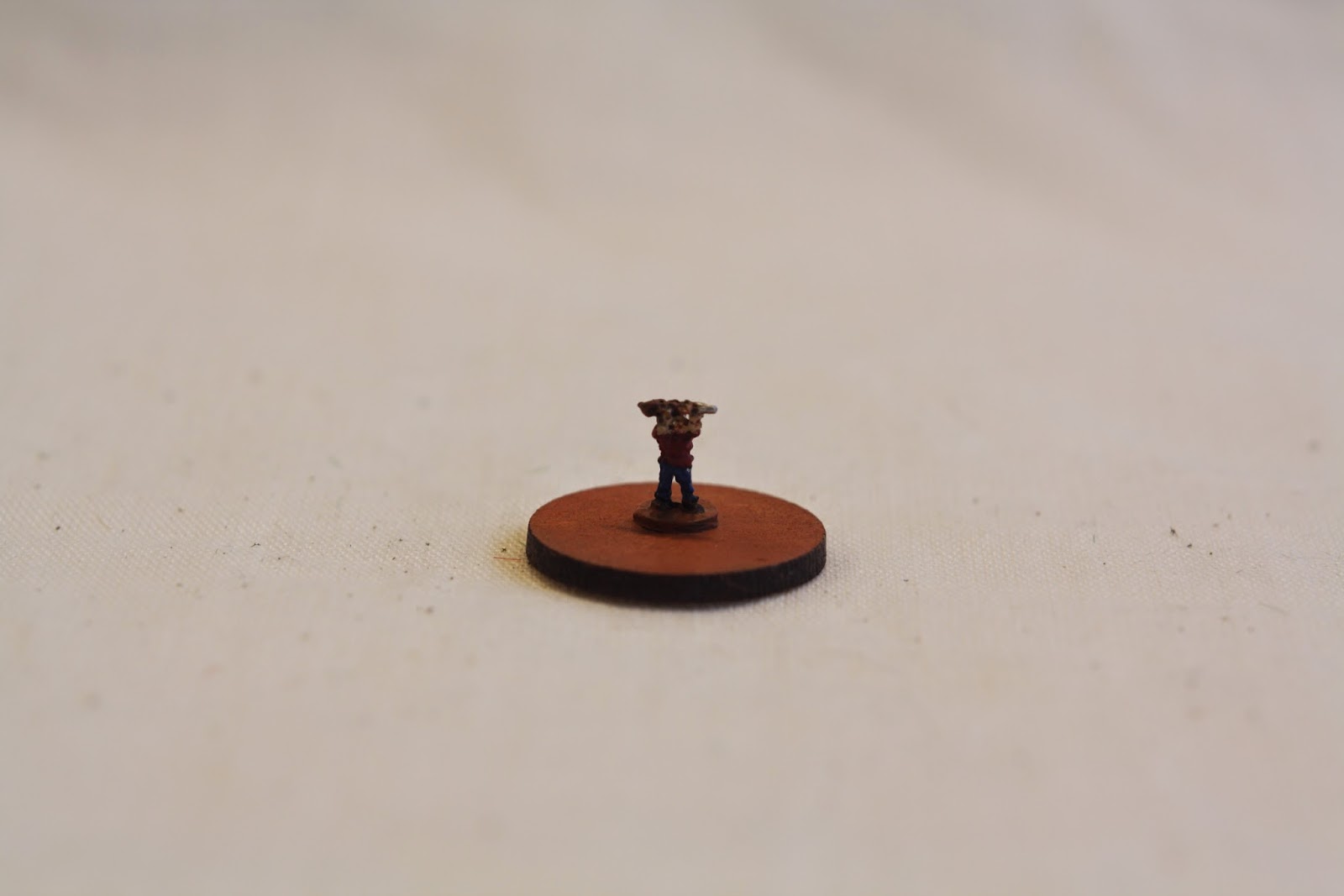 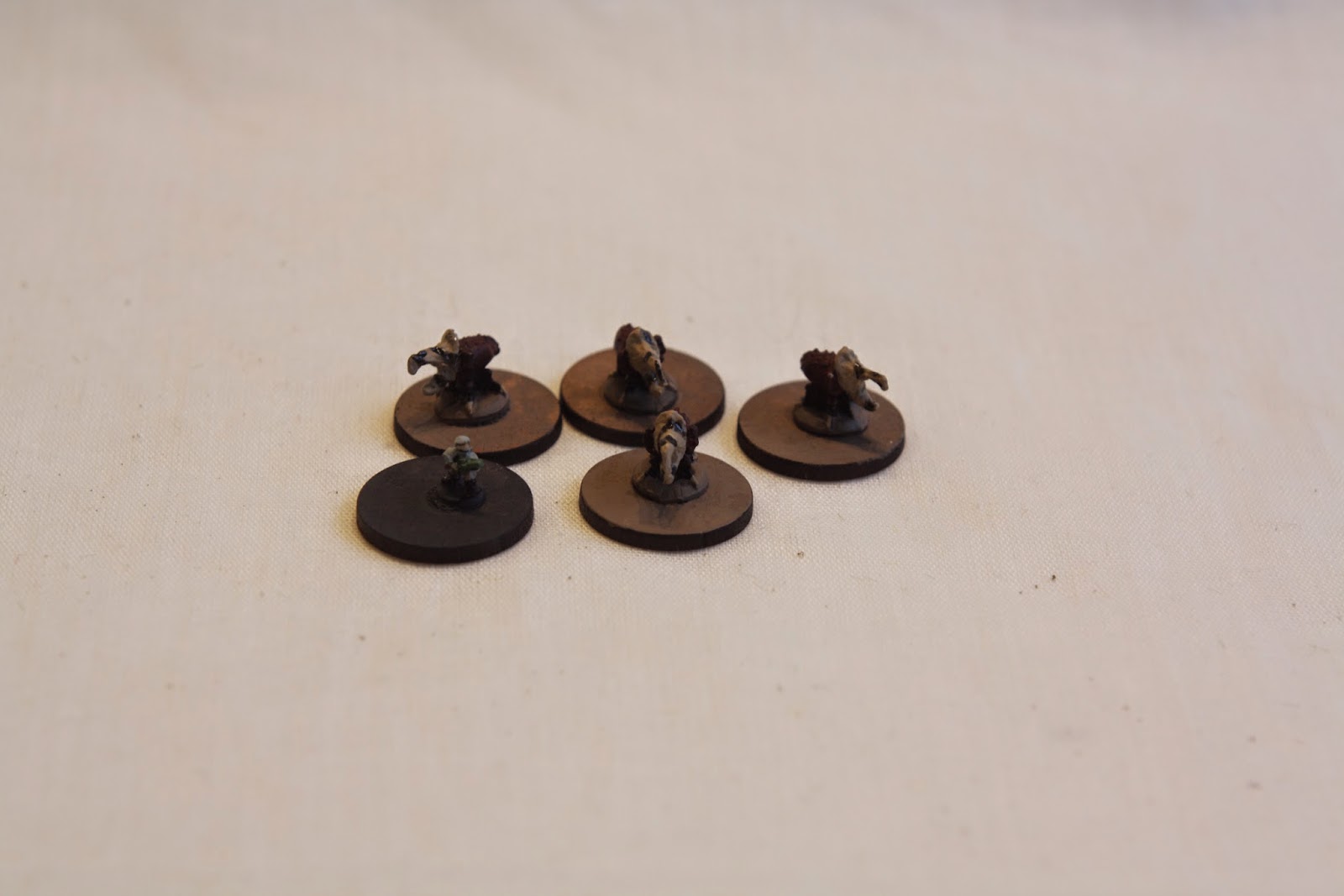 The last set of models I painted was the Space Bugs. They might be an alien species, a genetic experiment of the big corporations or something inbetween.. The marine on the far left is a possible hero character, he's just here for scale! 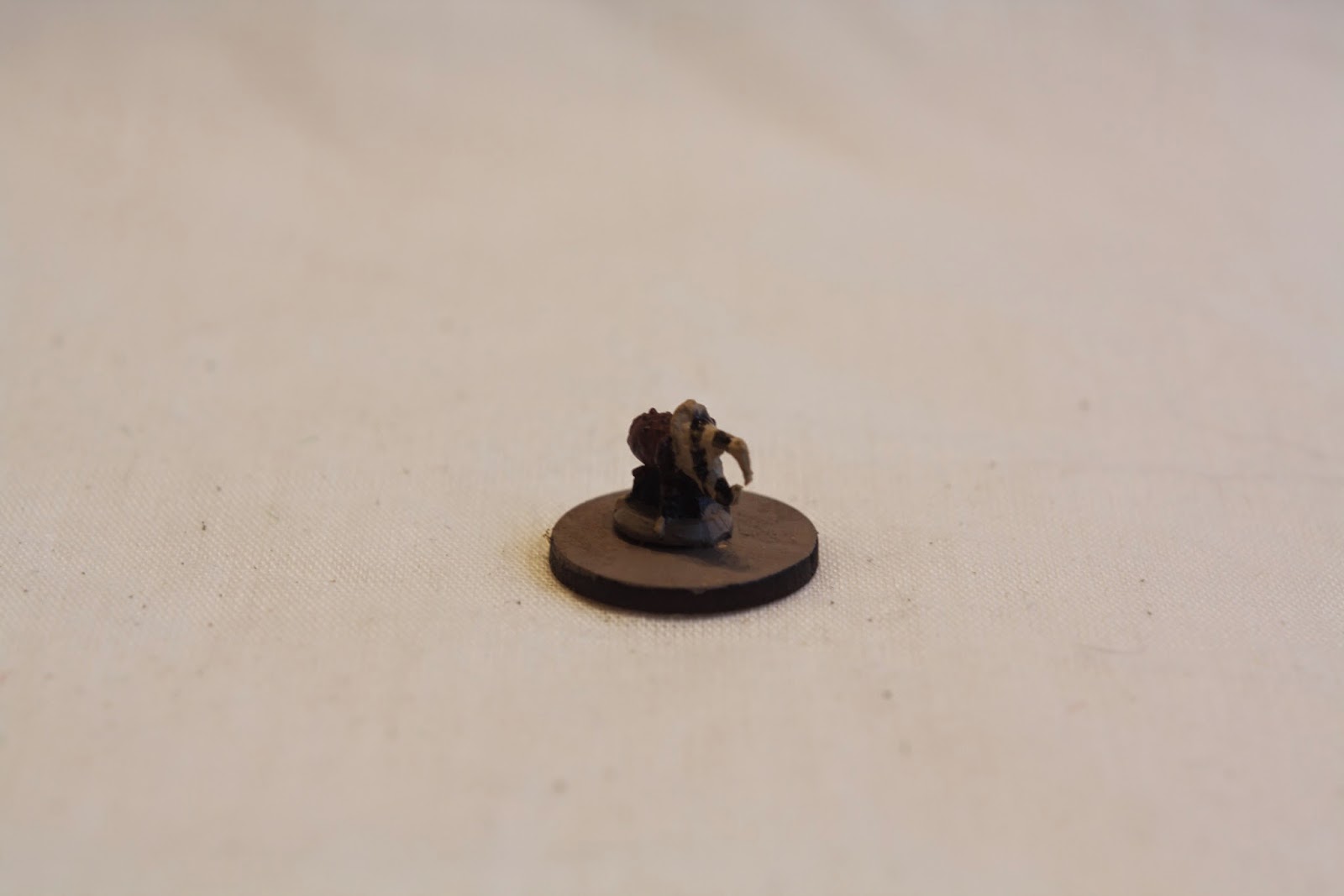 That's the first half of the bunch, next up I'll show off the 6mil Warbands for fantasy.
There is some spaceships and a few pieces of terrain in the works as well, but there will probably be an update in a few weeks time, when the current project finishes up. With my reinforcements from Micro World, Baccus and Irregular, there are a few more 6mm armies that will take to the field this spring as well!

Posted by Alexander Wasberg at 23:39