Today's post is really a mixed bag, while I sort out the photos of both 6mil fantasy and Five Parsecs models, I have some other things to share.

First up is some more 3mm goodness, courtesy of O8: 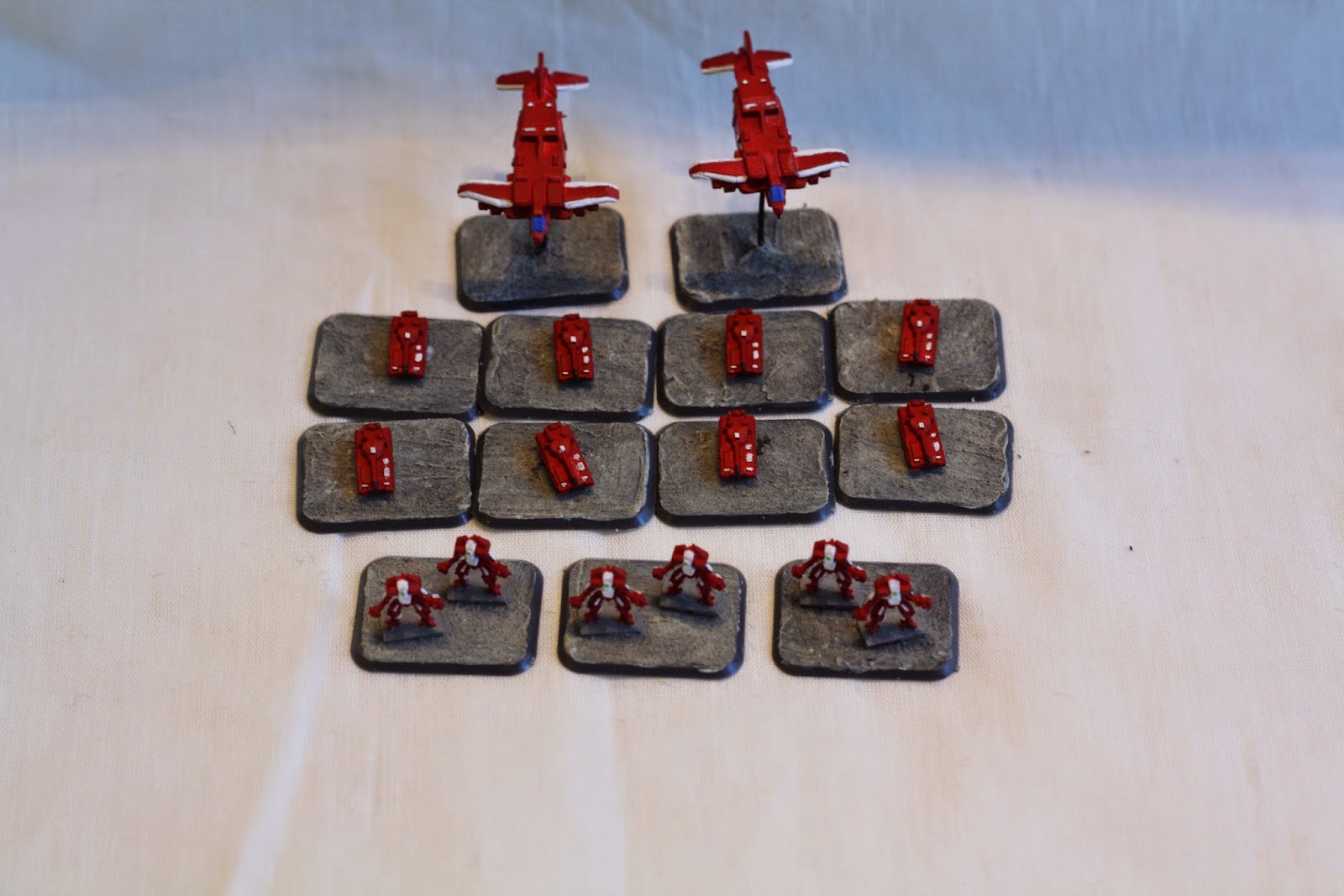 The first 13 bases, all armored vehicles, not a squishy infantryman in sight! Their infantry with apc backup will arrive eventually, for now they have big stompy robots to fill in for the grunts. 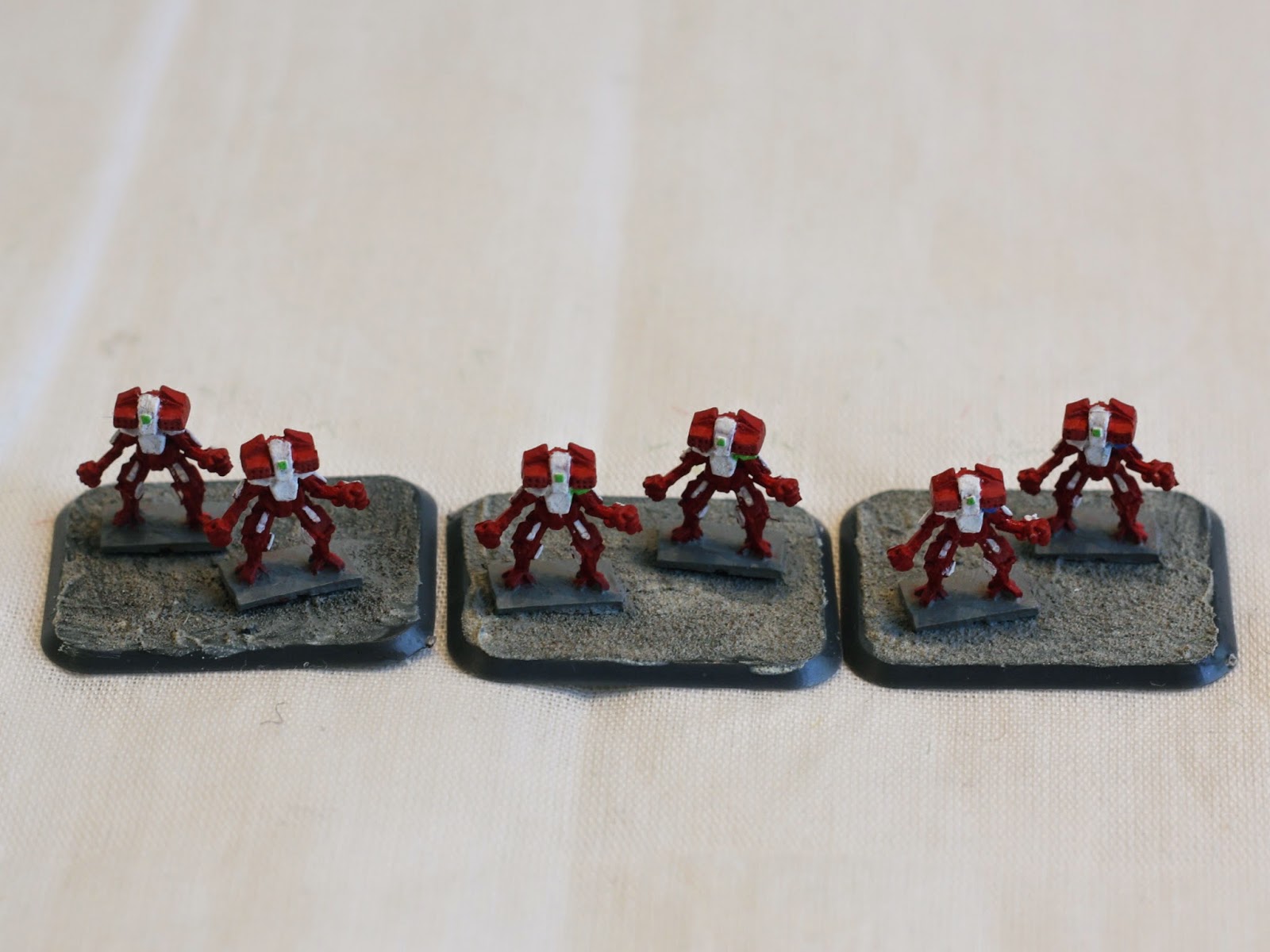 Armed with powerful pulse-lasers and MRLS shoulder-packs, the OC battlesuits pack quite a punch, and able to deal with a diverse number of threats. They are often deployed by the Crow transports, allowing them more mobility than the suits would on their own. 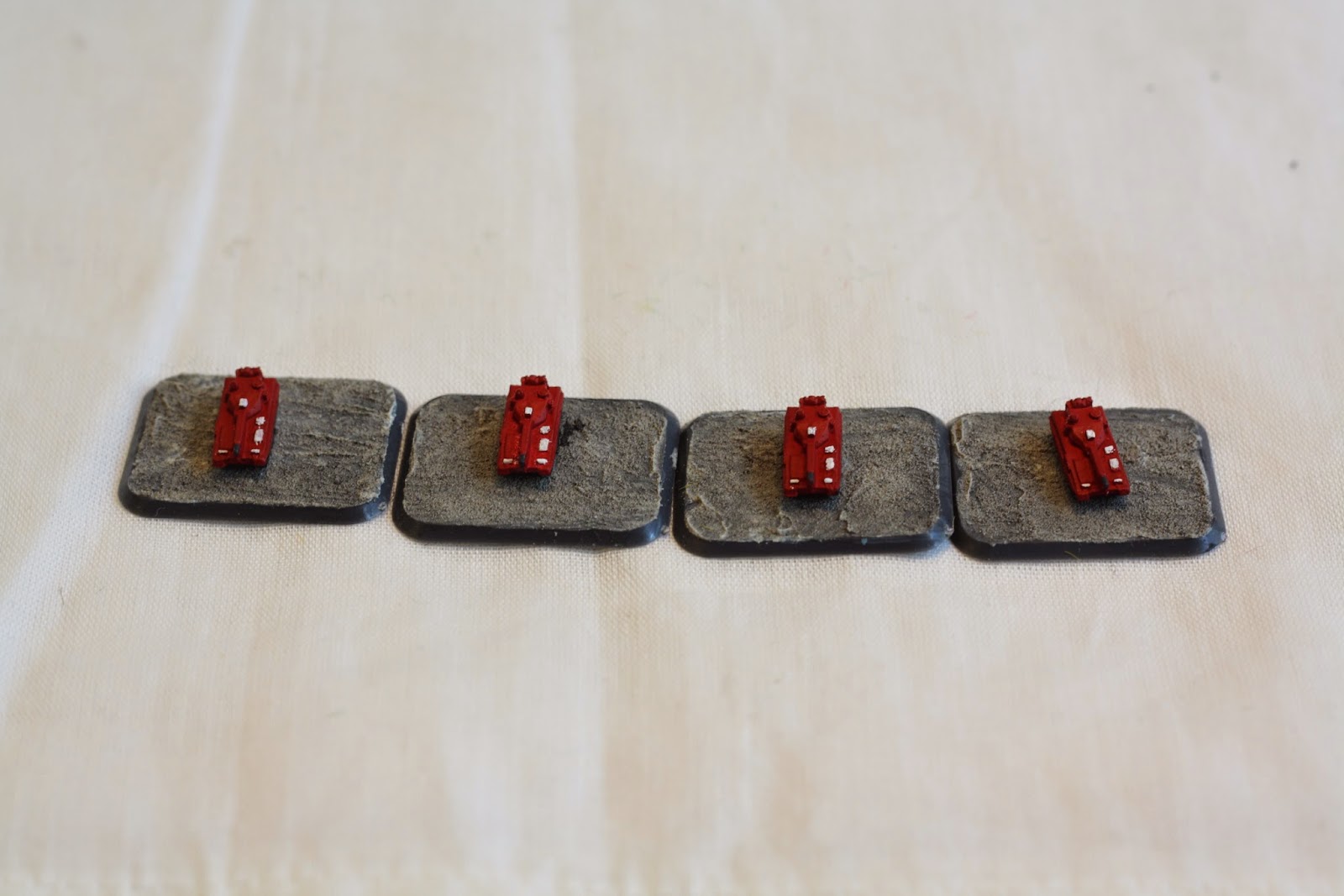 Like most armies, the MBT of the OC is their workhorse. Mounting a 120mm rail-gun, their tanks are built to deal with any armored threat, no matter how tough. 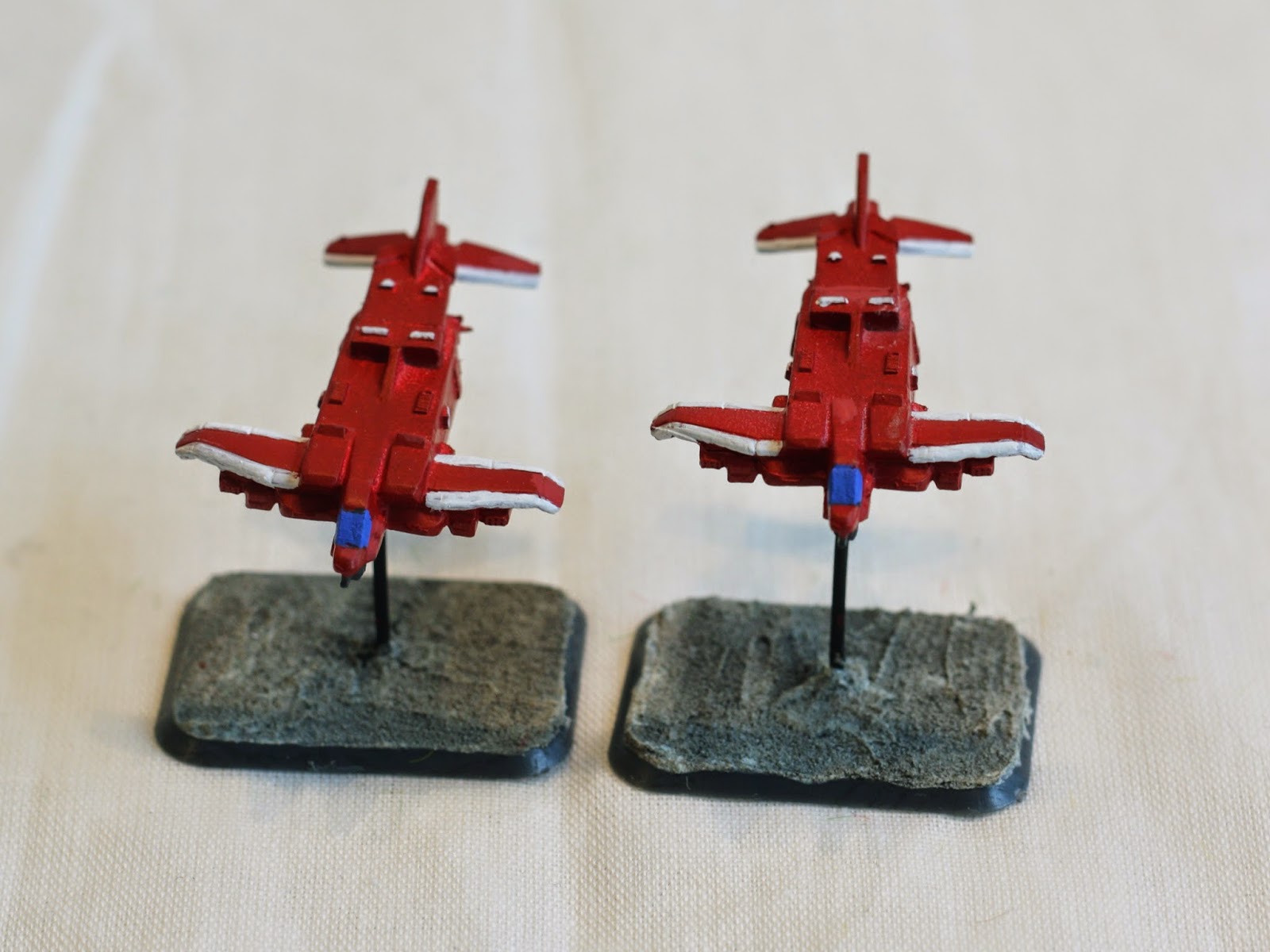 Finally, the Crow transport VTOL. These carry not only soldiers and battlesuits into combat, but remain on standby for fire-support missions and re-deployment at a moments notice.


There are also a few items from the colonies, for use with the 6mil FiveParsecs campaign: 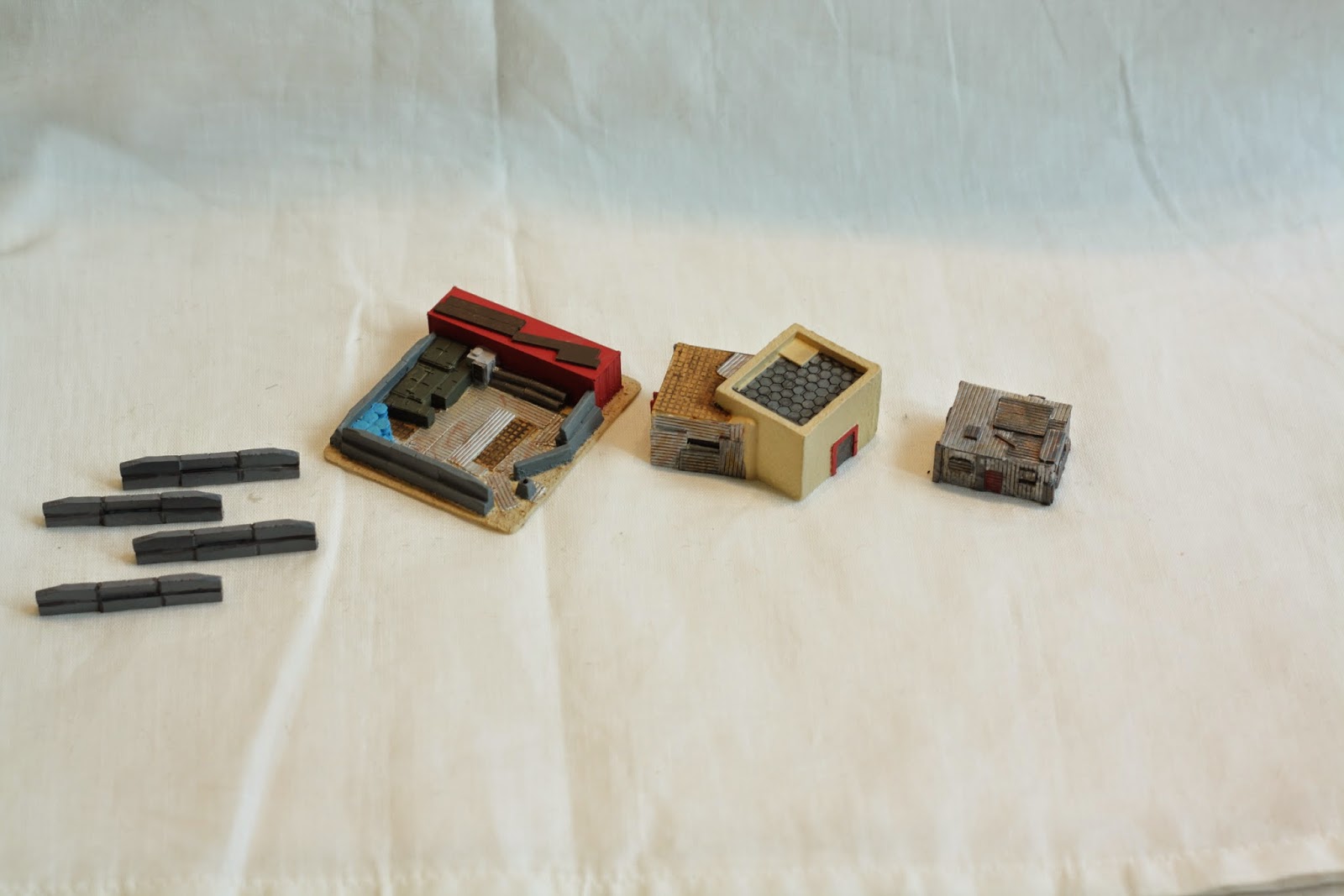 A few lovely items from AB: 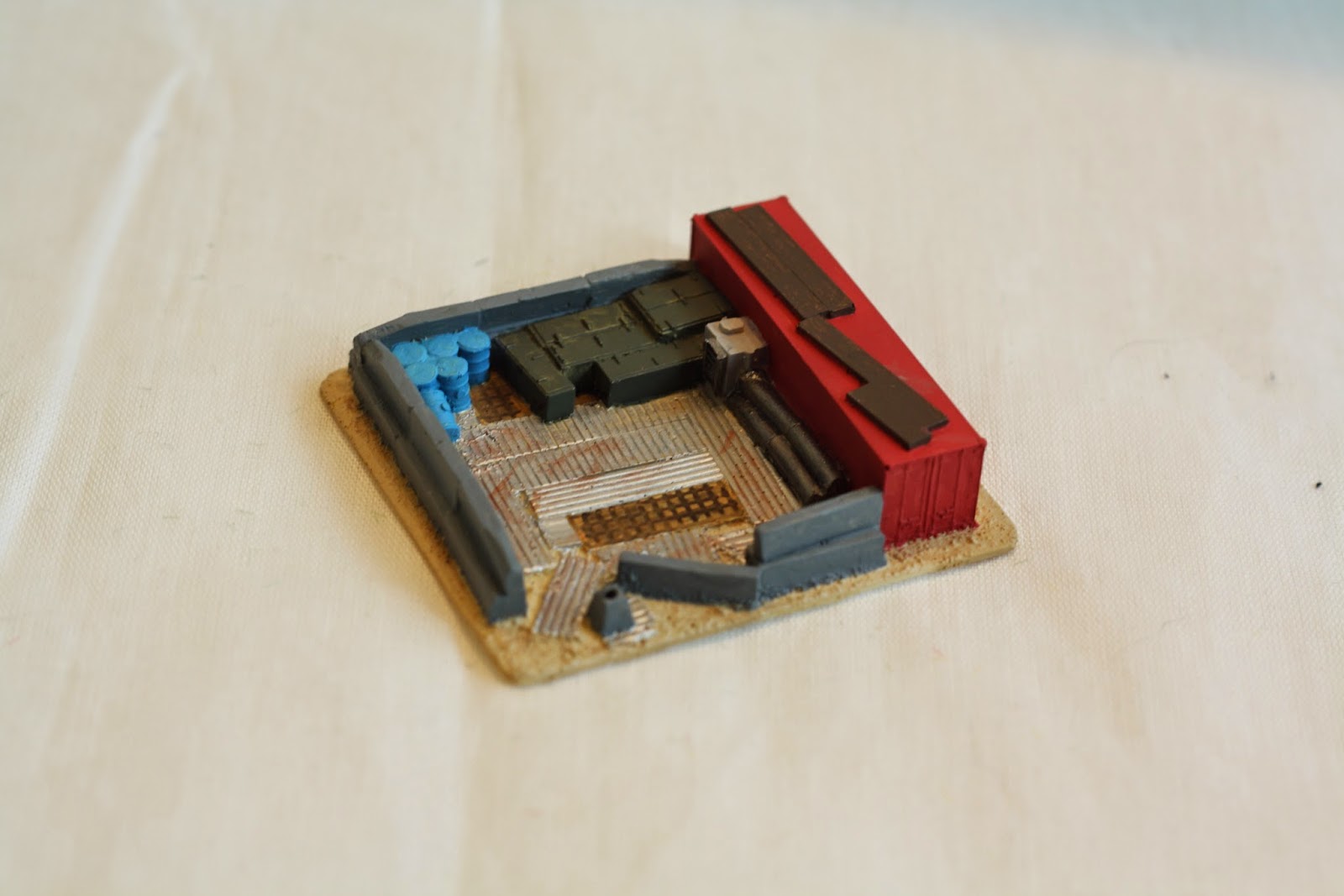 A supply depot. Fuel, tools and maybe even some weapons?
﻿ 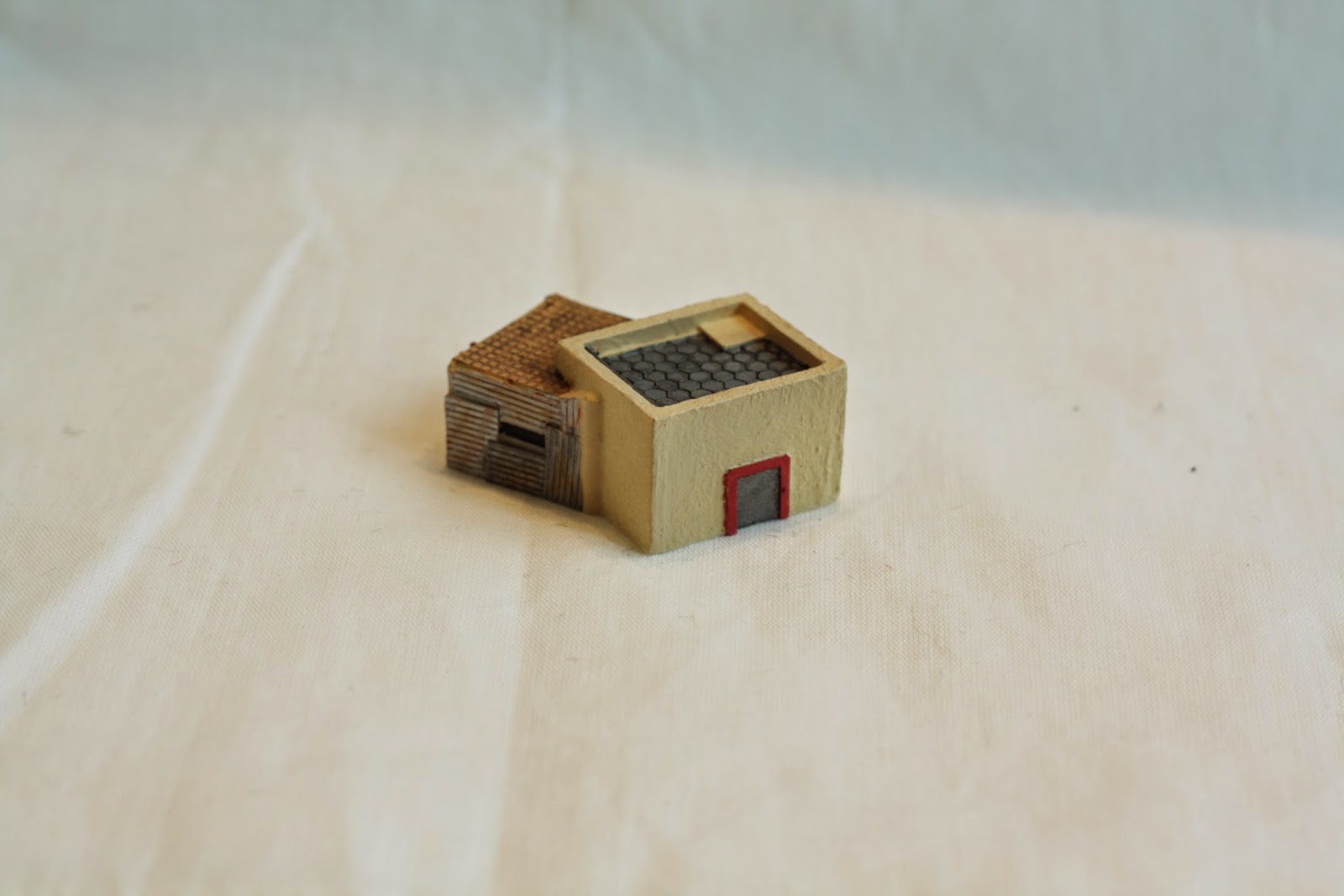 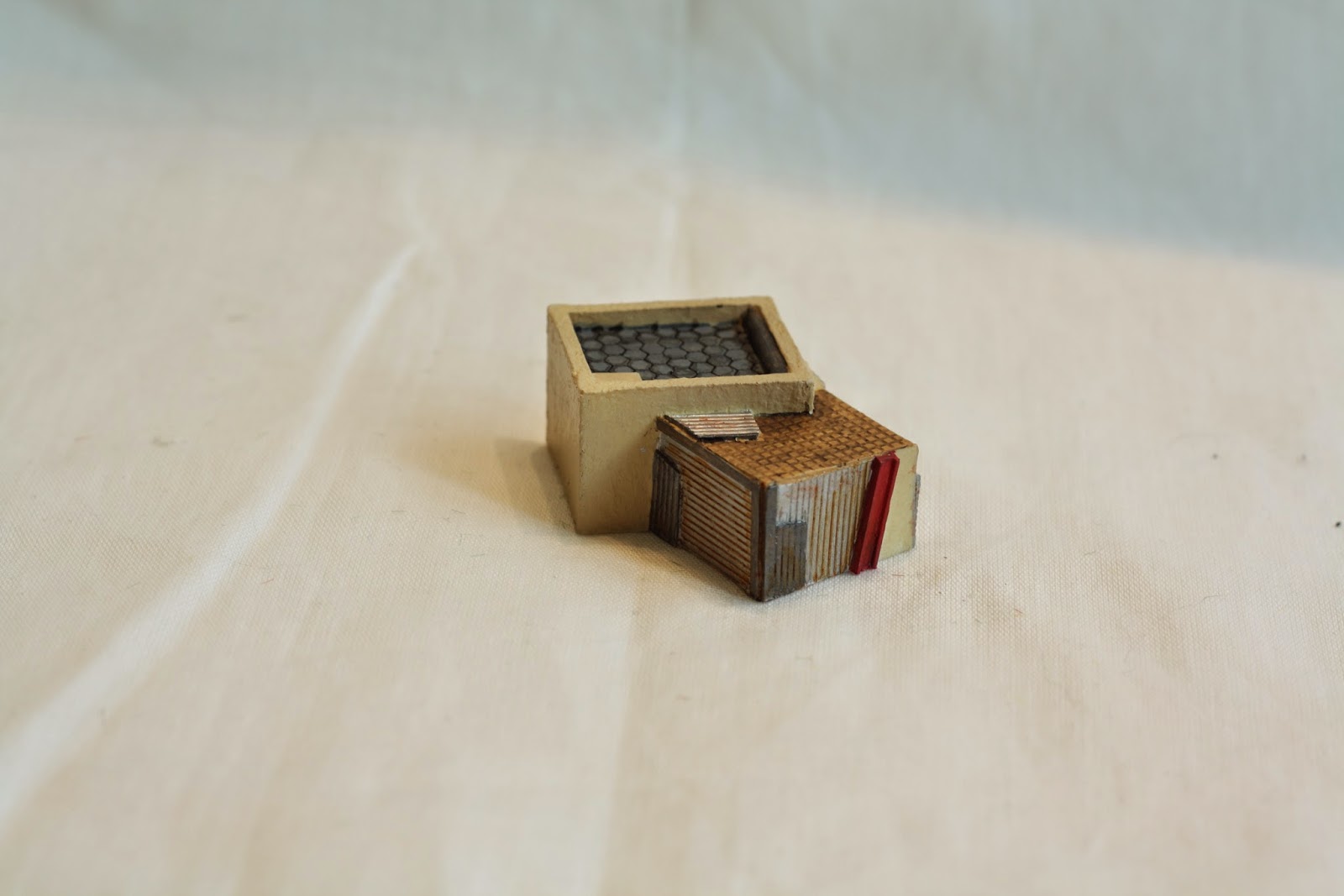 A small schack, made up from various bits left over from the first landing. the original ferrocrete structure has been extended with sheets of metal and other left-overs. 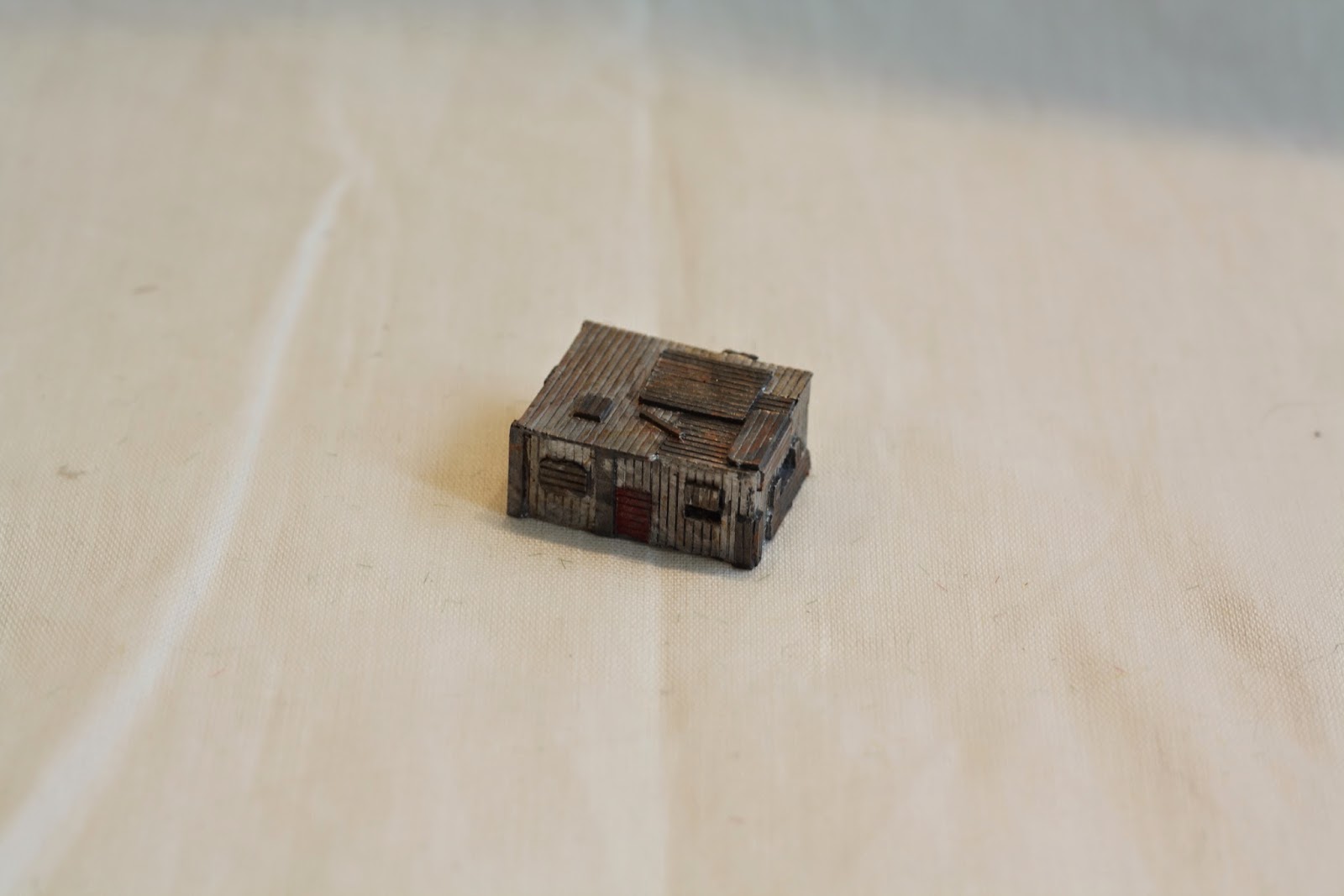 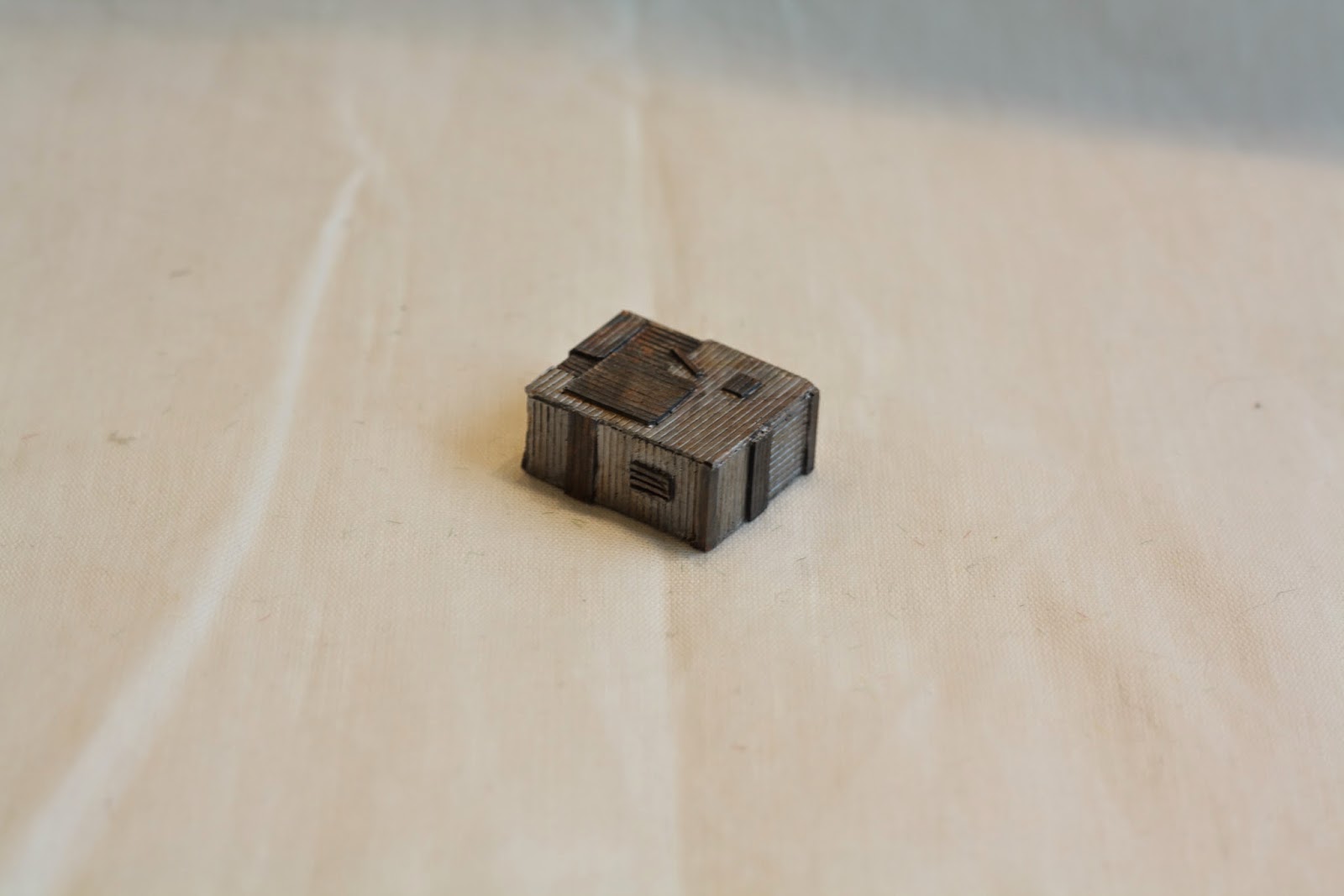 Another schack, this one entirely from corrugated metal sheets, probably stolen from one of the many construction sites. 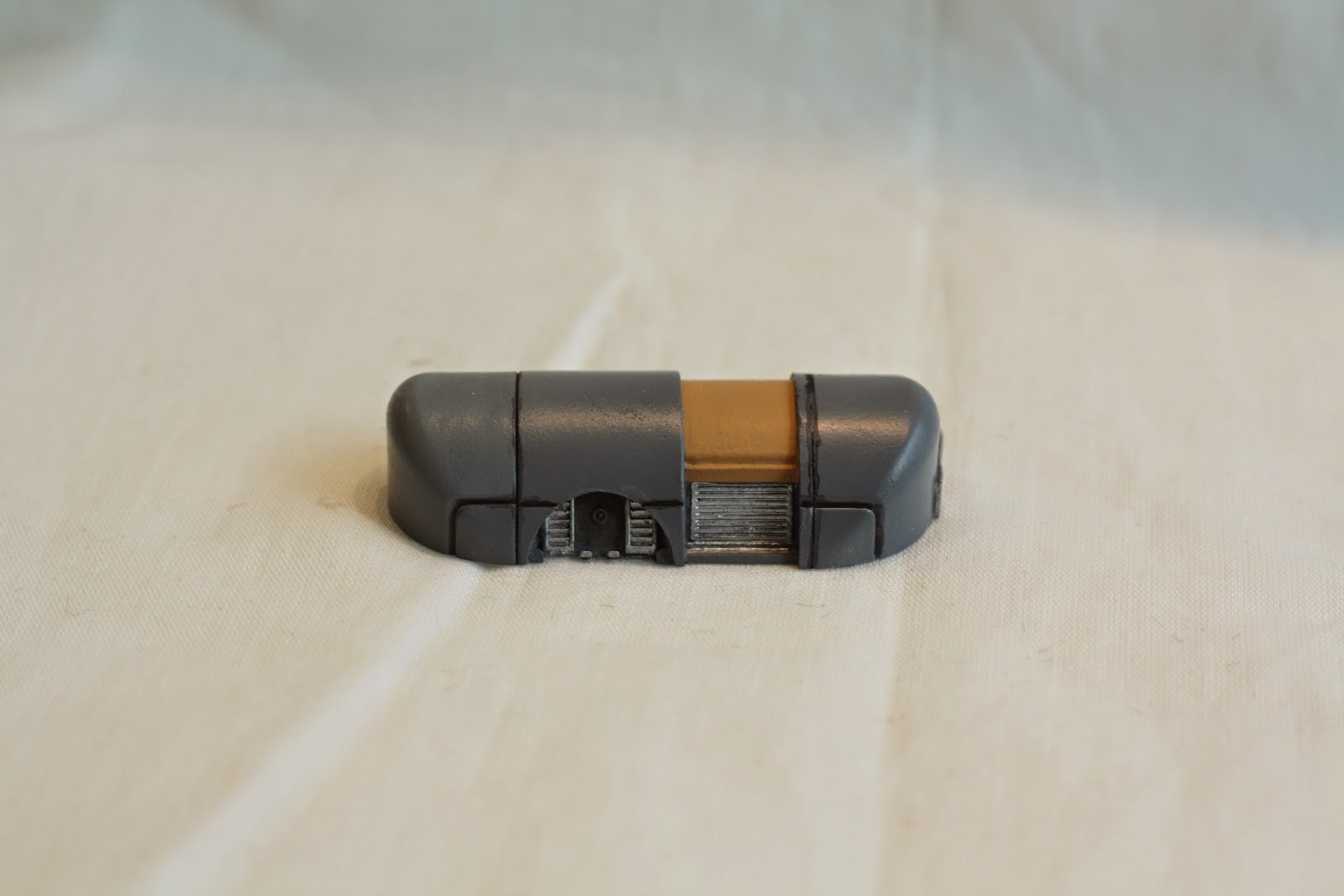 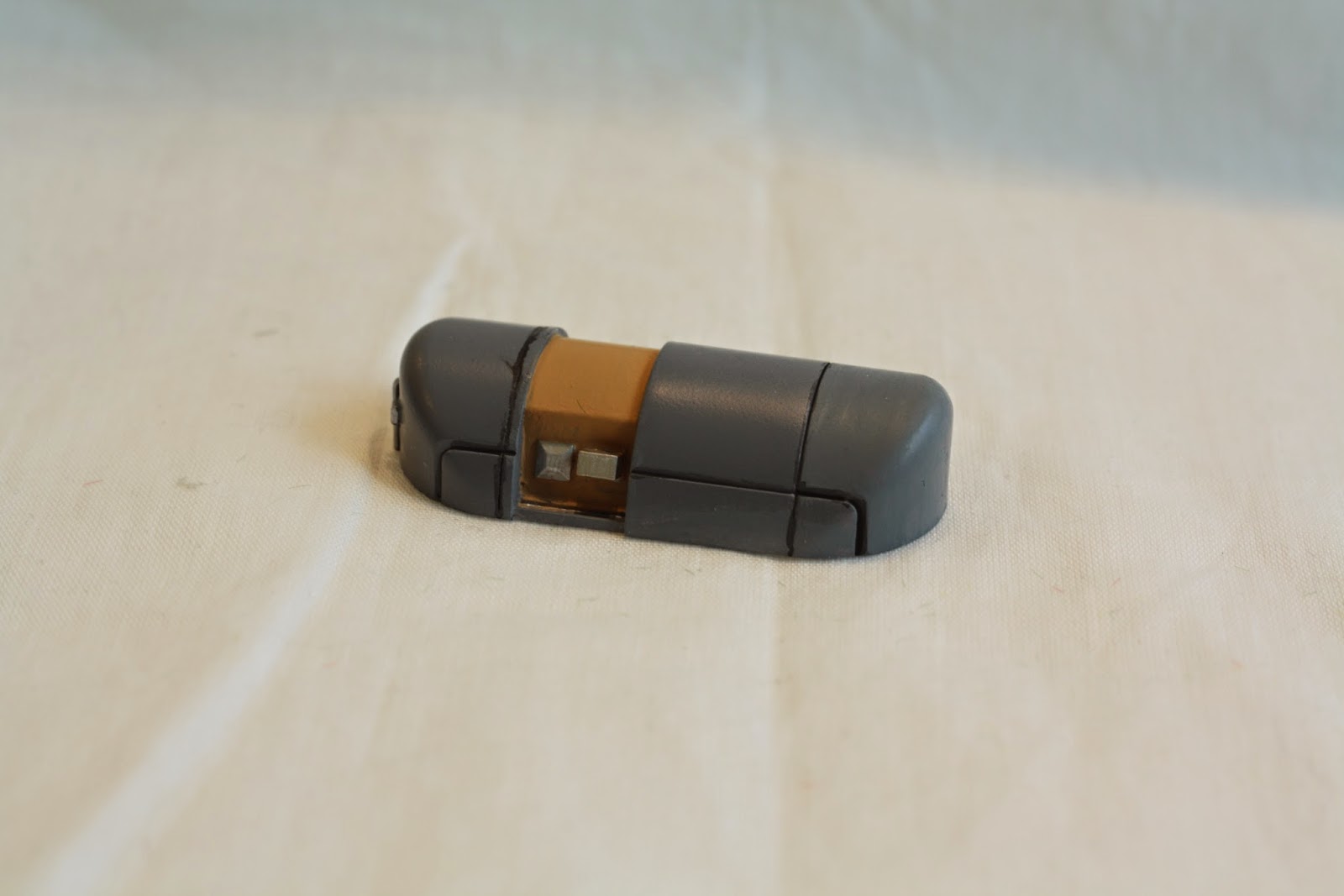 For the people of more distinguished tastes, the OKI Corporation makes the MHU, or Modular Habitation Unit. A self-contained module that has all the comforts of home, with the added protection of blast-proof doors and walls. 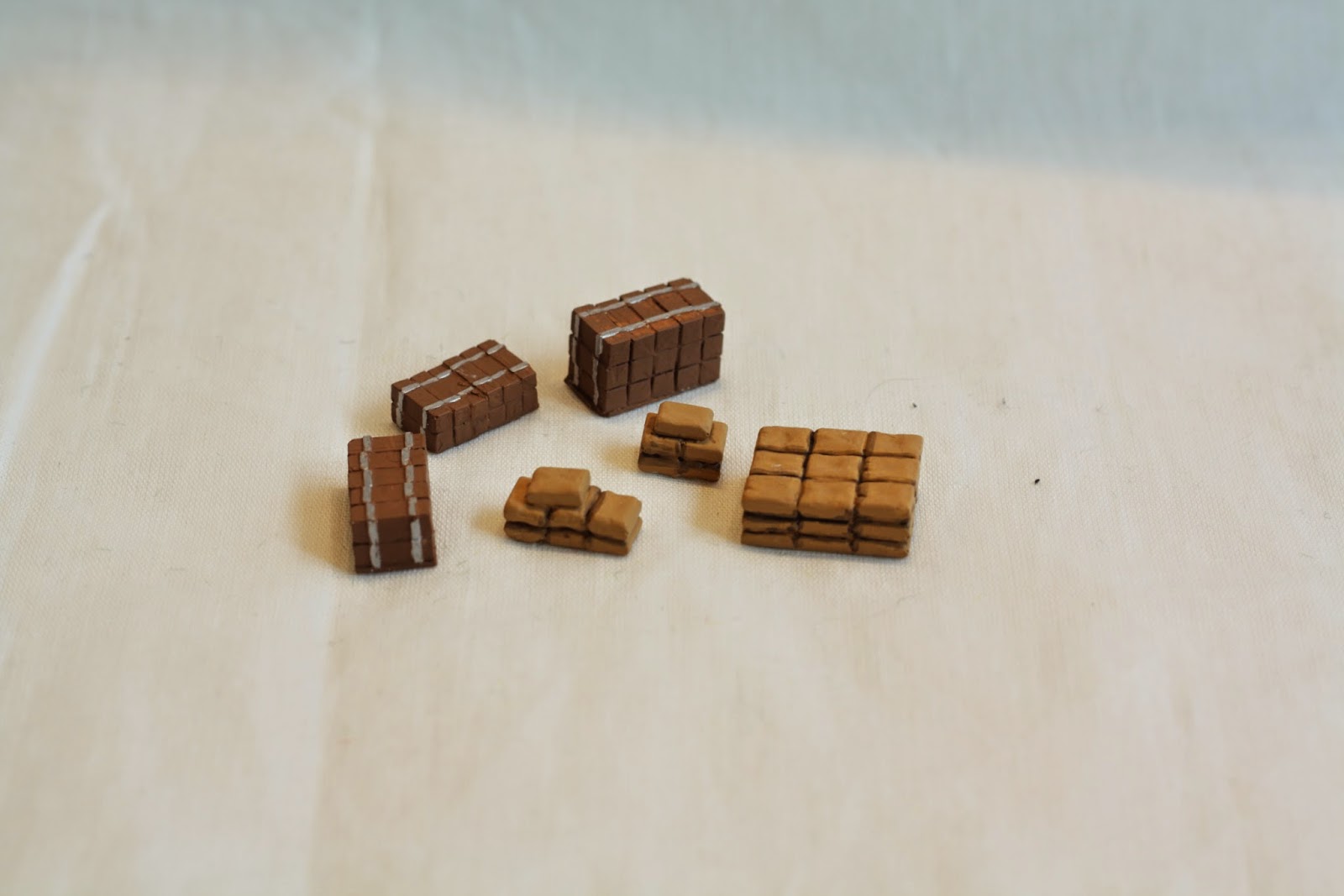 These crates and sacks can be used both for sci-fi and my fantasy games, containing anything a colonist, (or adventurer) needs. 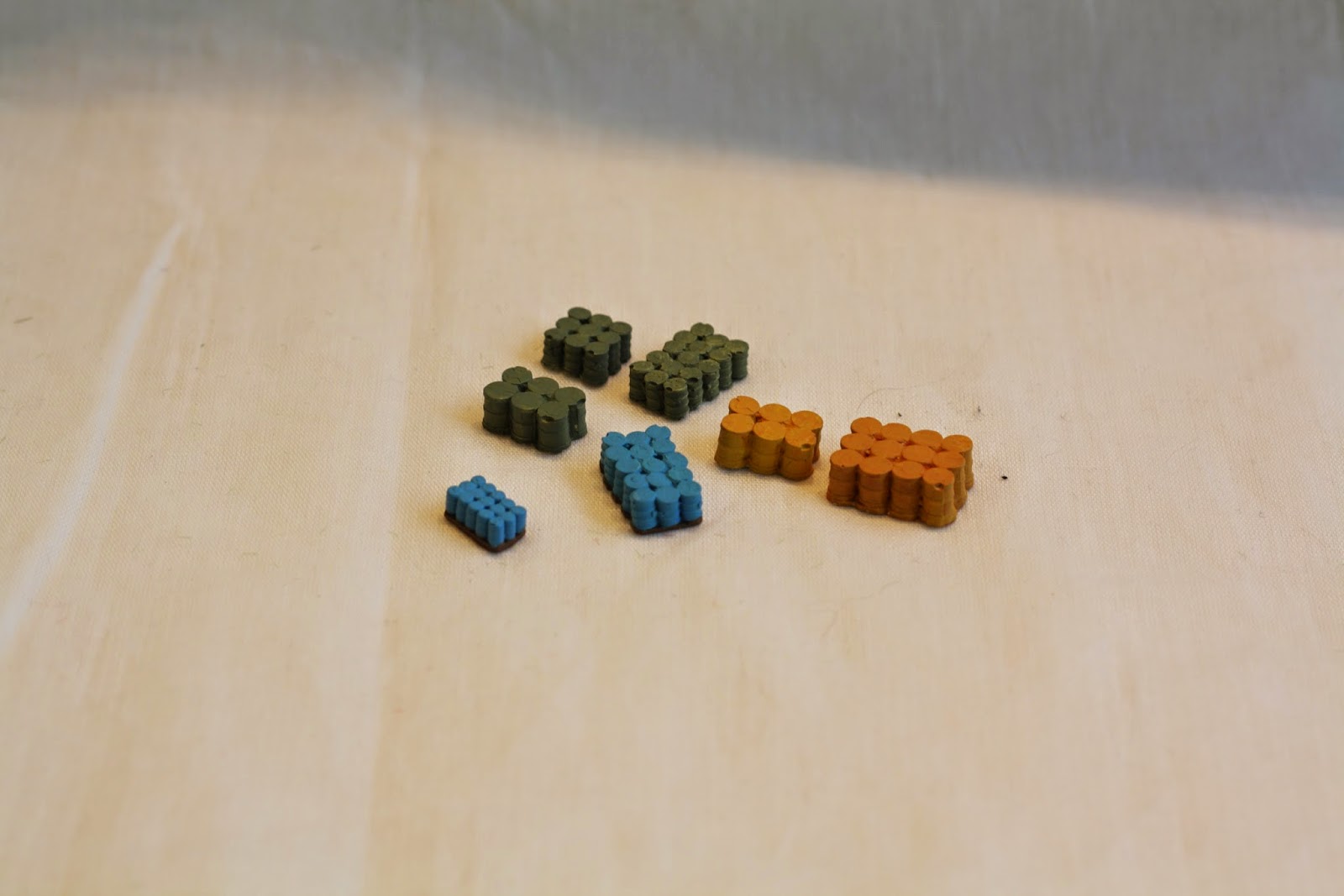 A few barrels, color coded depending on their contents. 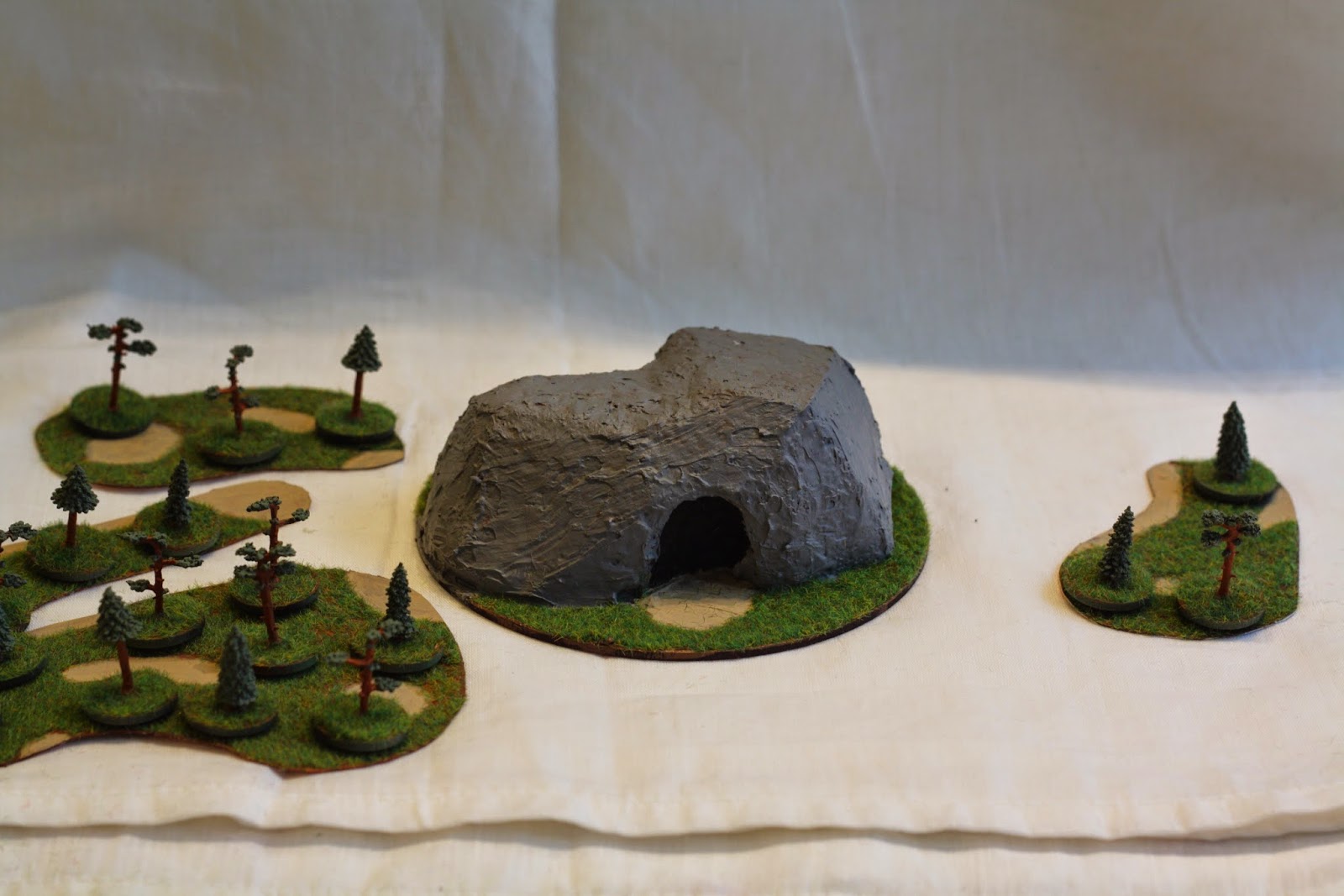 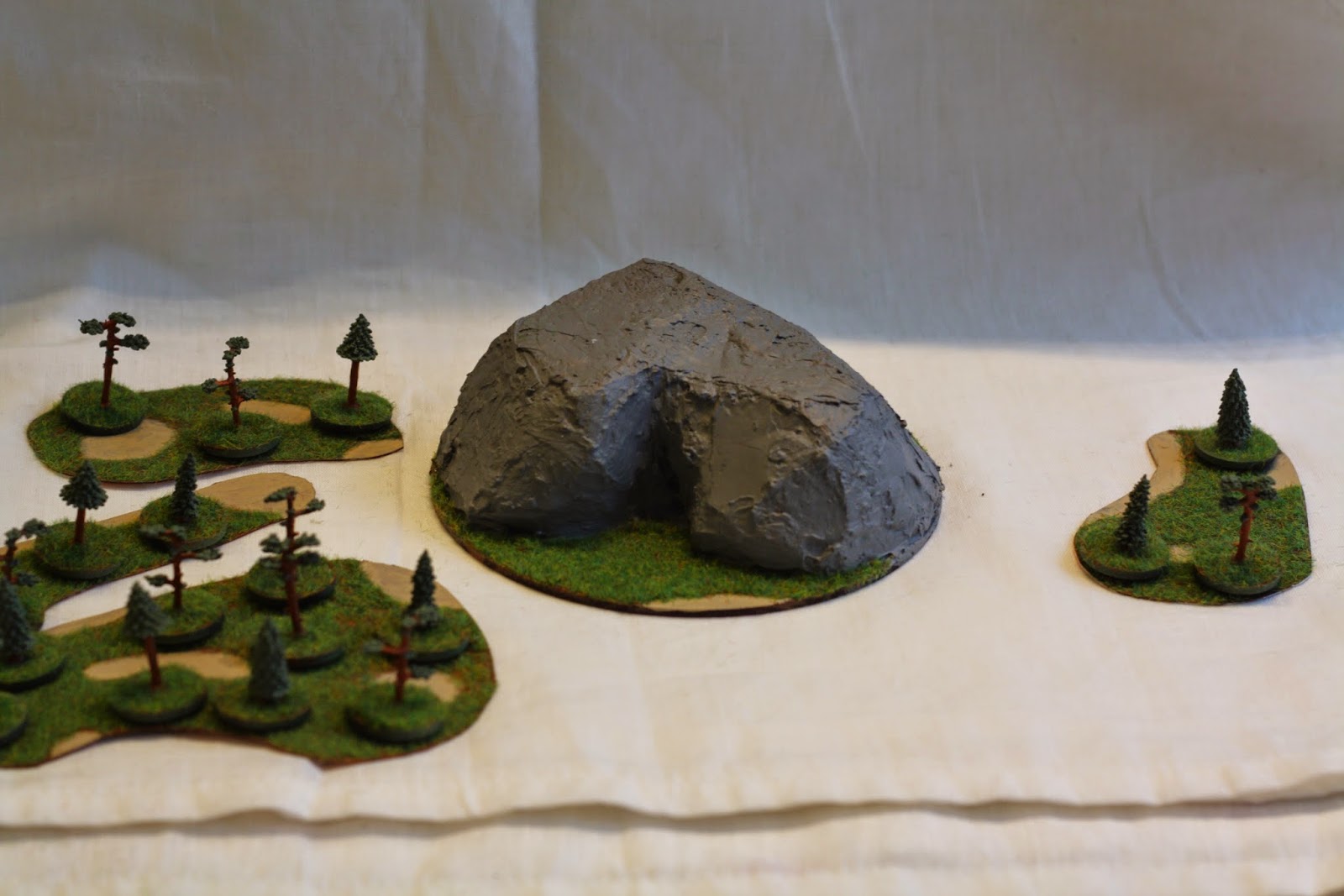 A Cave for my Goblins and other horrors to appear from, and a few bases of trees and woodland bases. 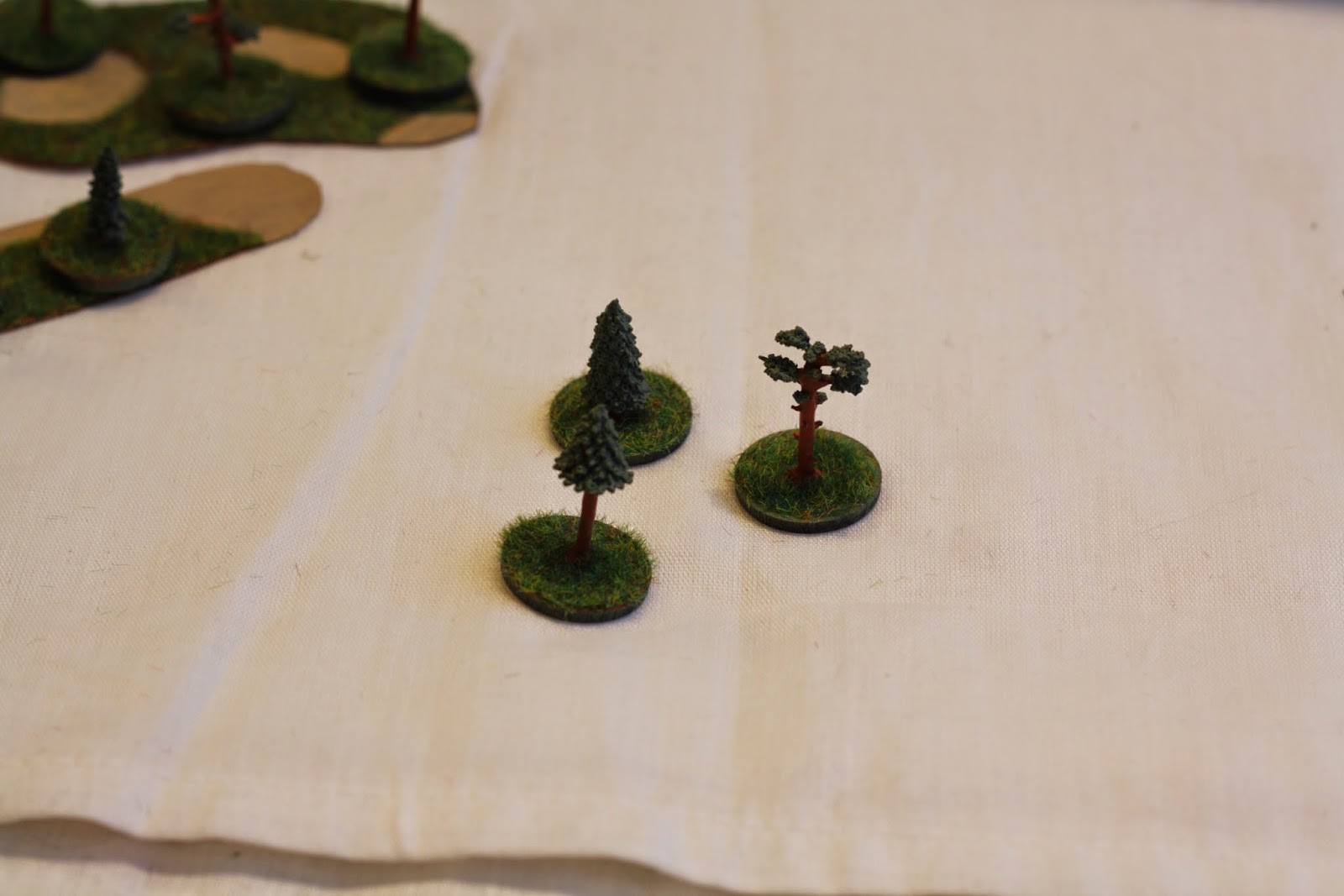 Close-up of a few trees. 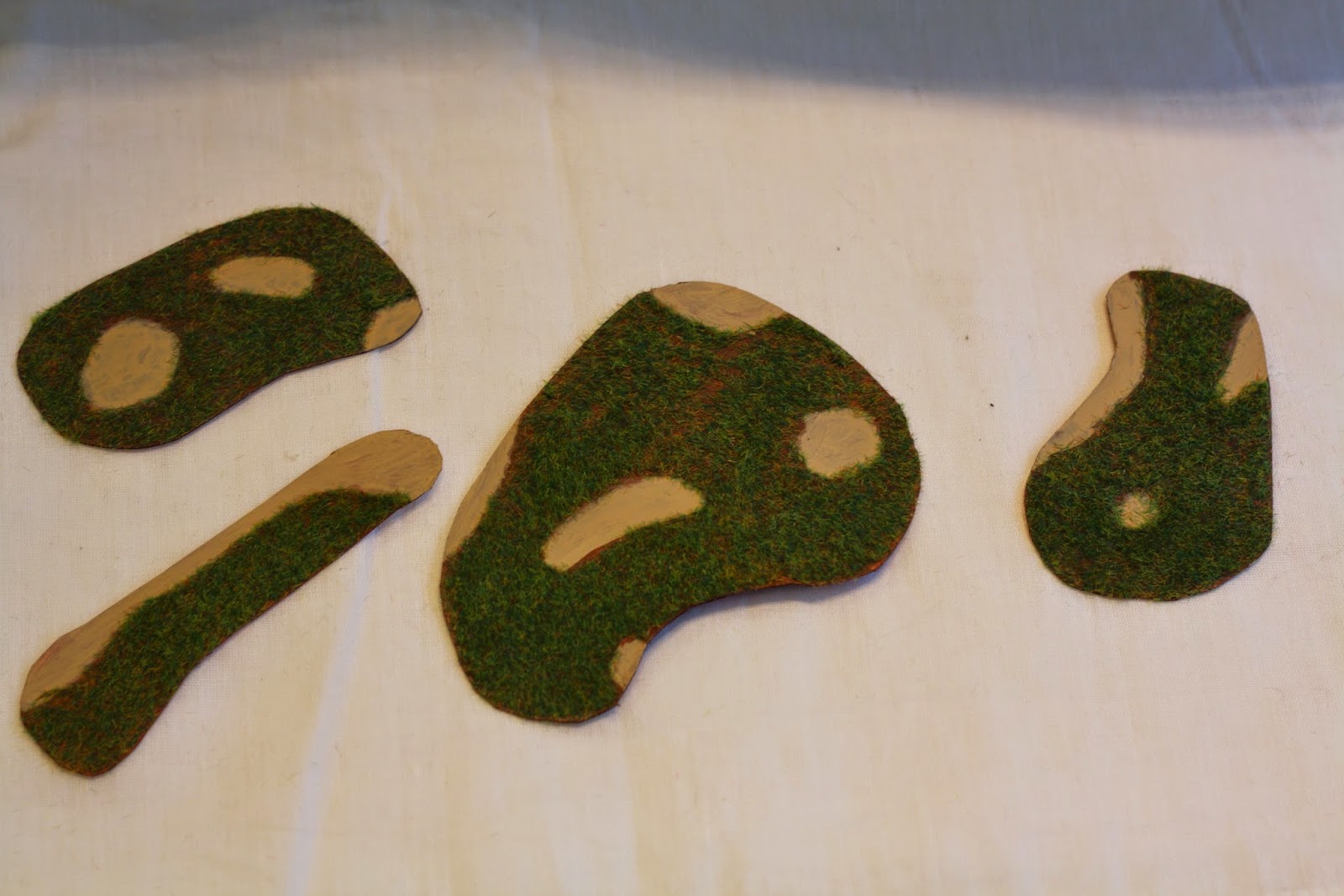 The Woodland bases, sans trees.
That's the whole lot for now, but as always I have more things waiting in the wings. A couple of spaceship have mysteriously arrived for one..
The next few weeks are mostly being devoted to building a new set of dungeon tiles so I can finally start my dungeoncrawl, and painting all the denizens and furniture of said dungeon.
I'll try to sort out the pics of all the 6mm models I just finished, but there's close to 50 of them so I might split it into 2 posts, 1 for each category.
Til next time! ﻿
Posted by Alexander Wasberg at 01:23