News from the Pico front

The latest projects in my queue have been 3mm ones; reinforcing my existing forces, I've made the first elements of a 3rd force and terrain making have finally taken of! 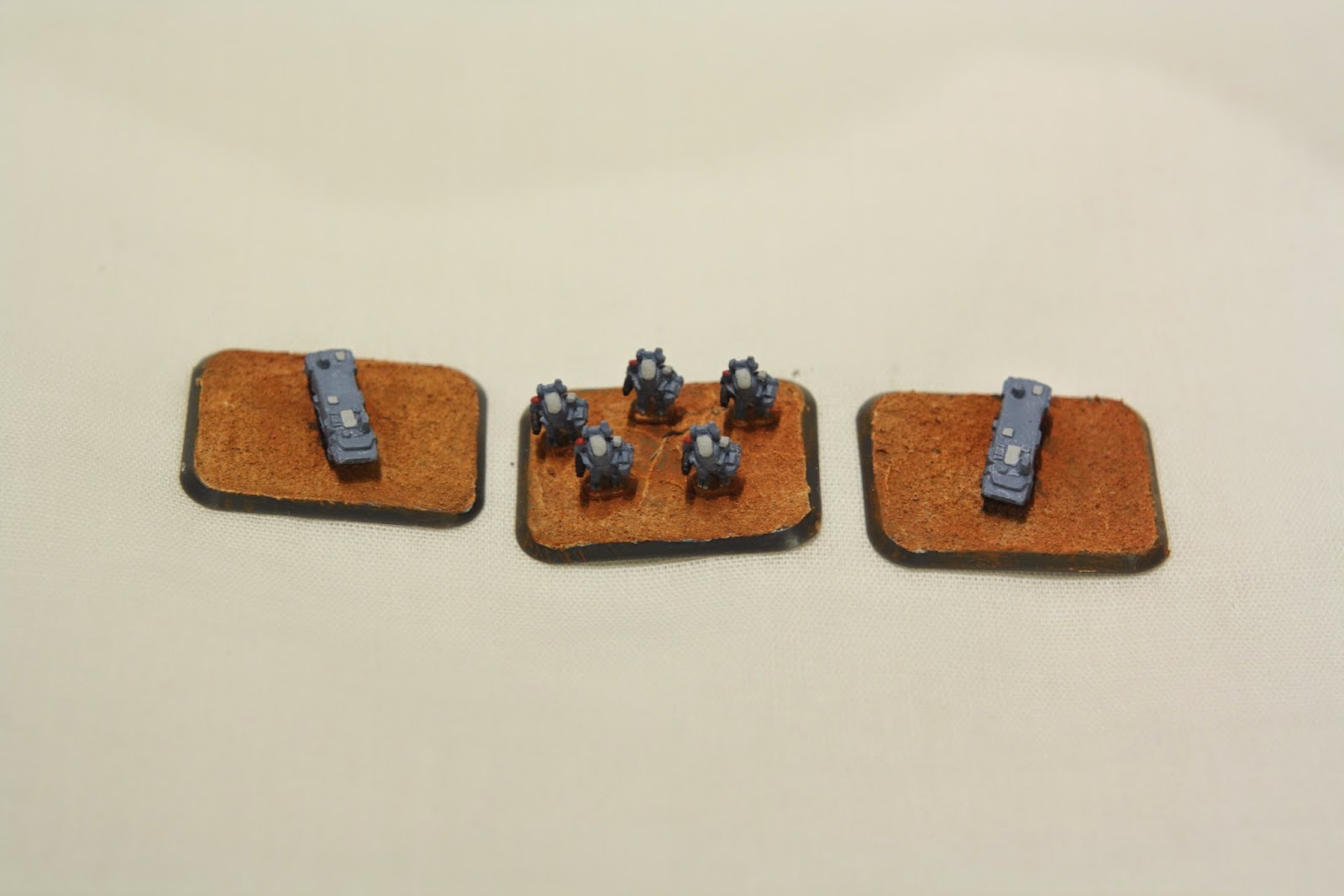 The CSA have received their first unit of power armor(O8 Badger PA). I took the chance to finish up the last few transports for the ground-pounders as well.

Ever since I first saw Germy's 2mm minis I liked them, but before taking the 3mm plunge I had no use for them.
All that has now changed!
While they might be a bit too cartoony to fight alongside or against the 3mm offerings from O8, they can certainly fight space bugs! 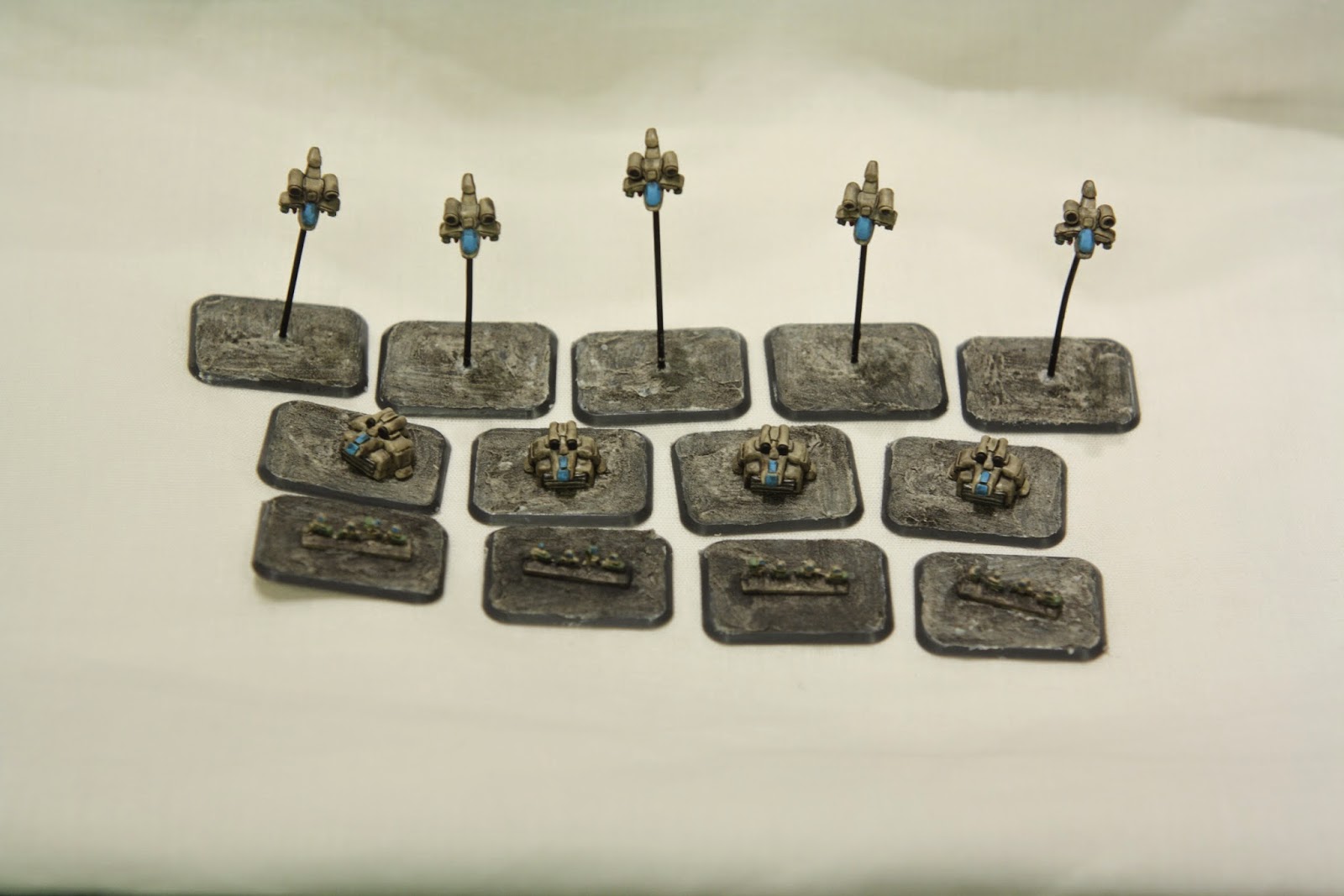 The fledgling army, a air-mobile fighting force, with gunships for support. 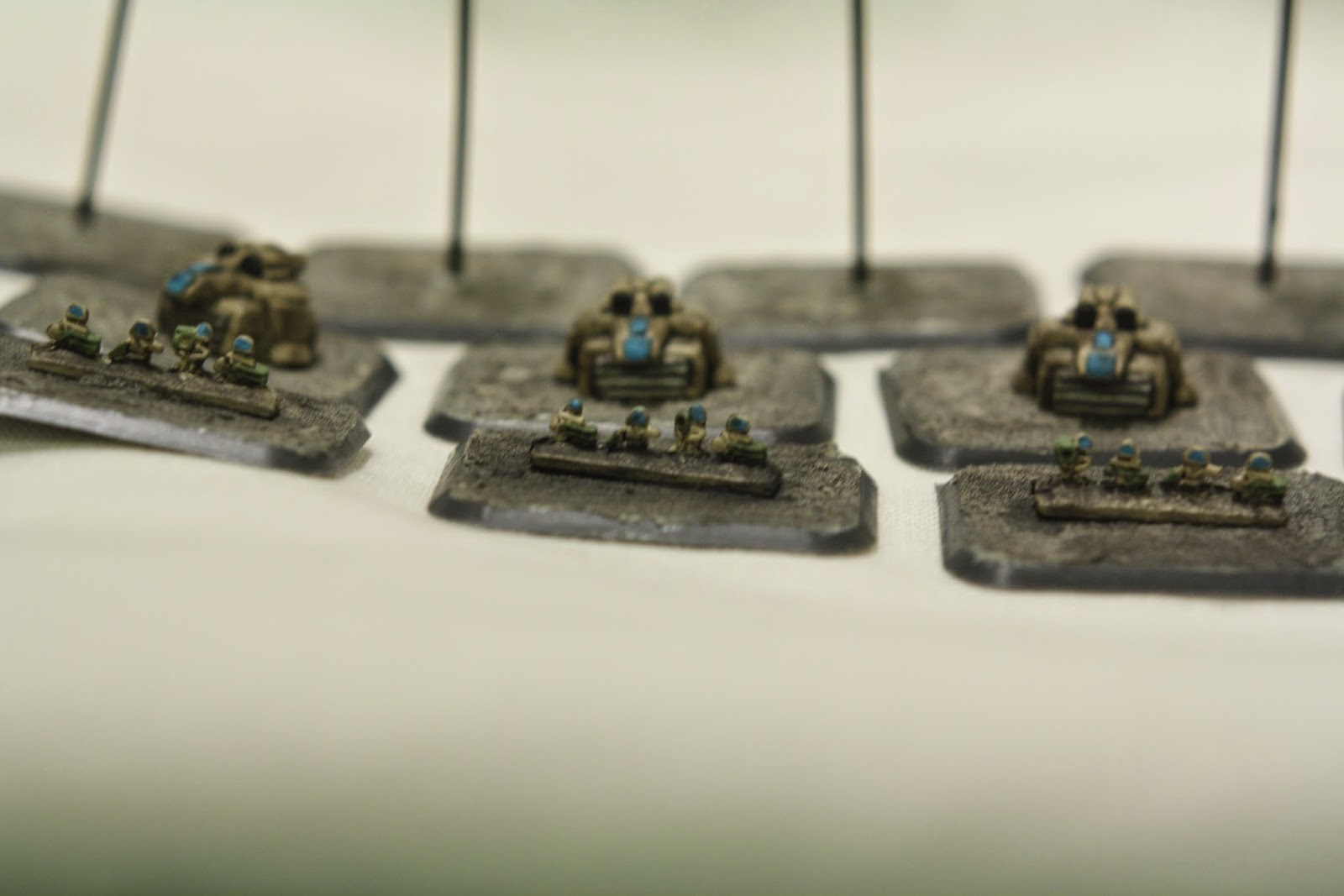 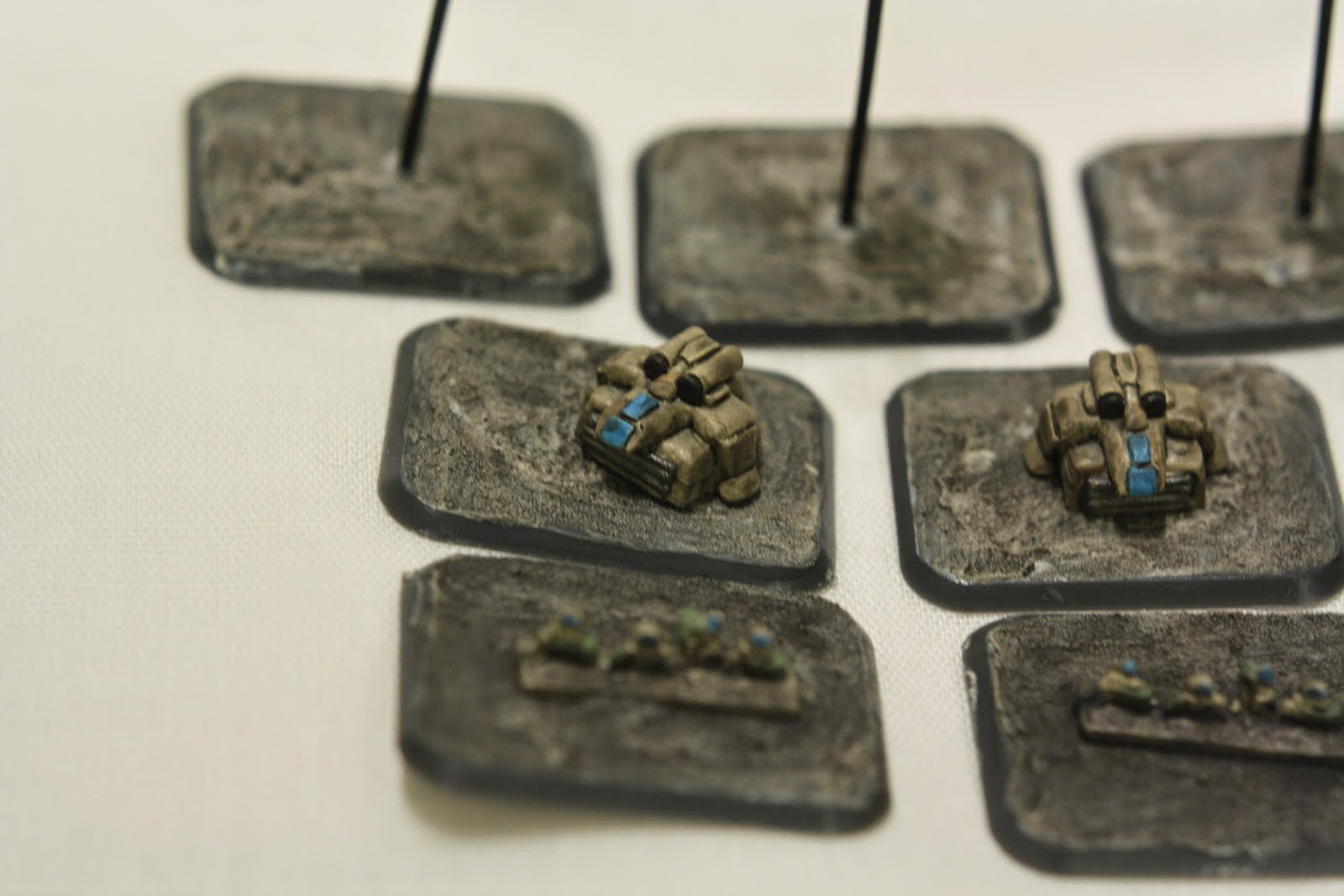 Dropships to ferry them around. 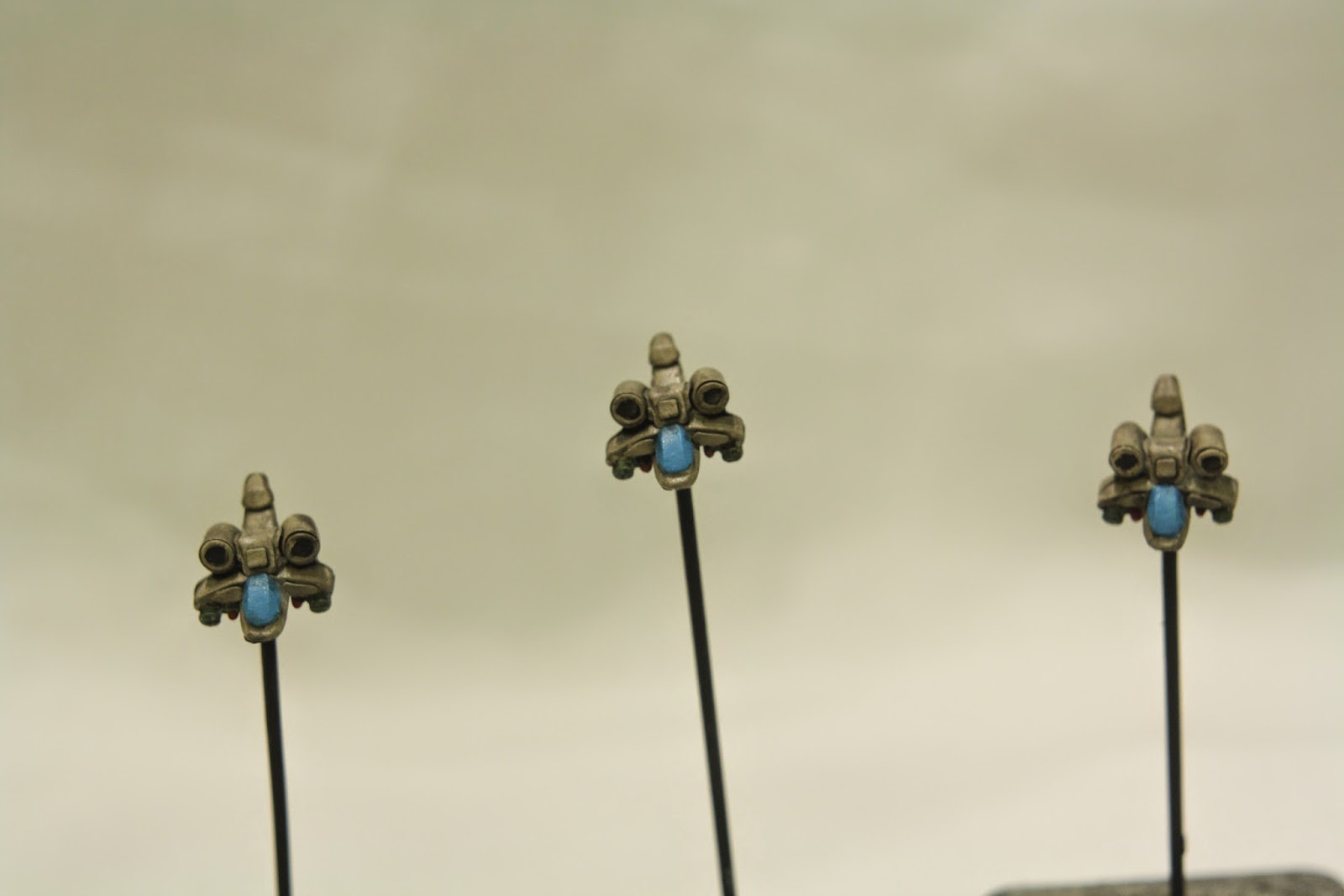 And their air-support, VTOL gunships with enough ordnance to bring down an alien bio-titan.

Realizing that my biggest issue, as always, is lack of good terrain; I did my best to put together a few table-top worthy pieces, since all I got at the moment is a few buildings from Brigade's 6mm line and Angel Barrack's 6mm. Great stuff, but I need more..


So I made a few sparsely wooded areas, both with and without roads: 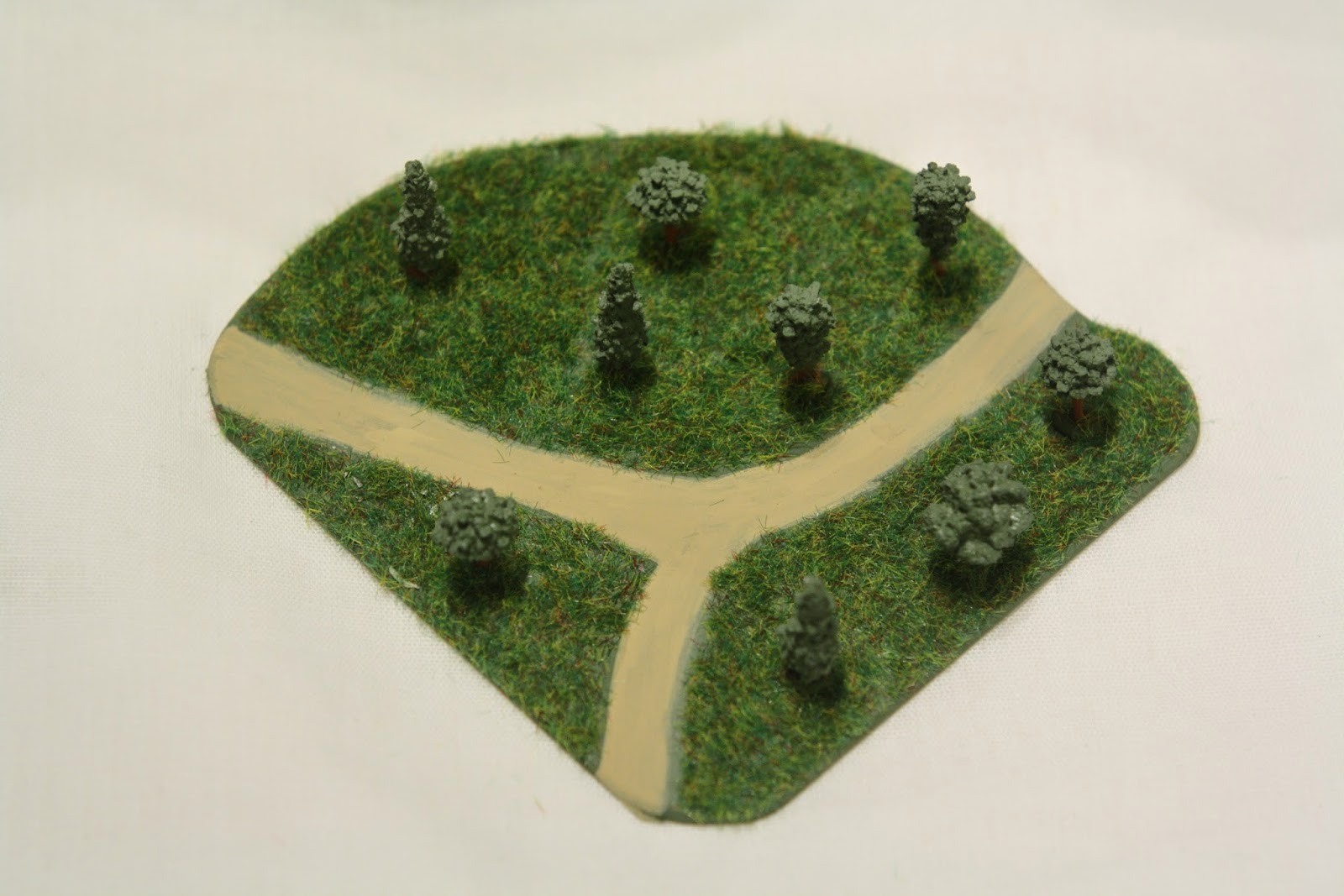 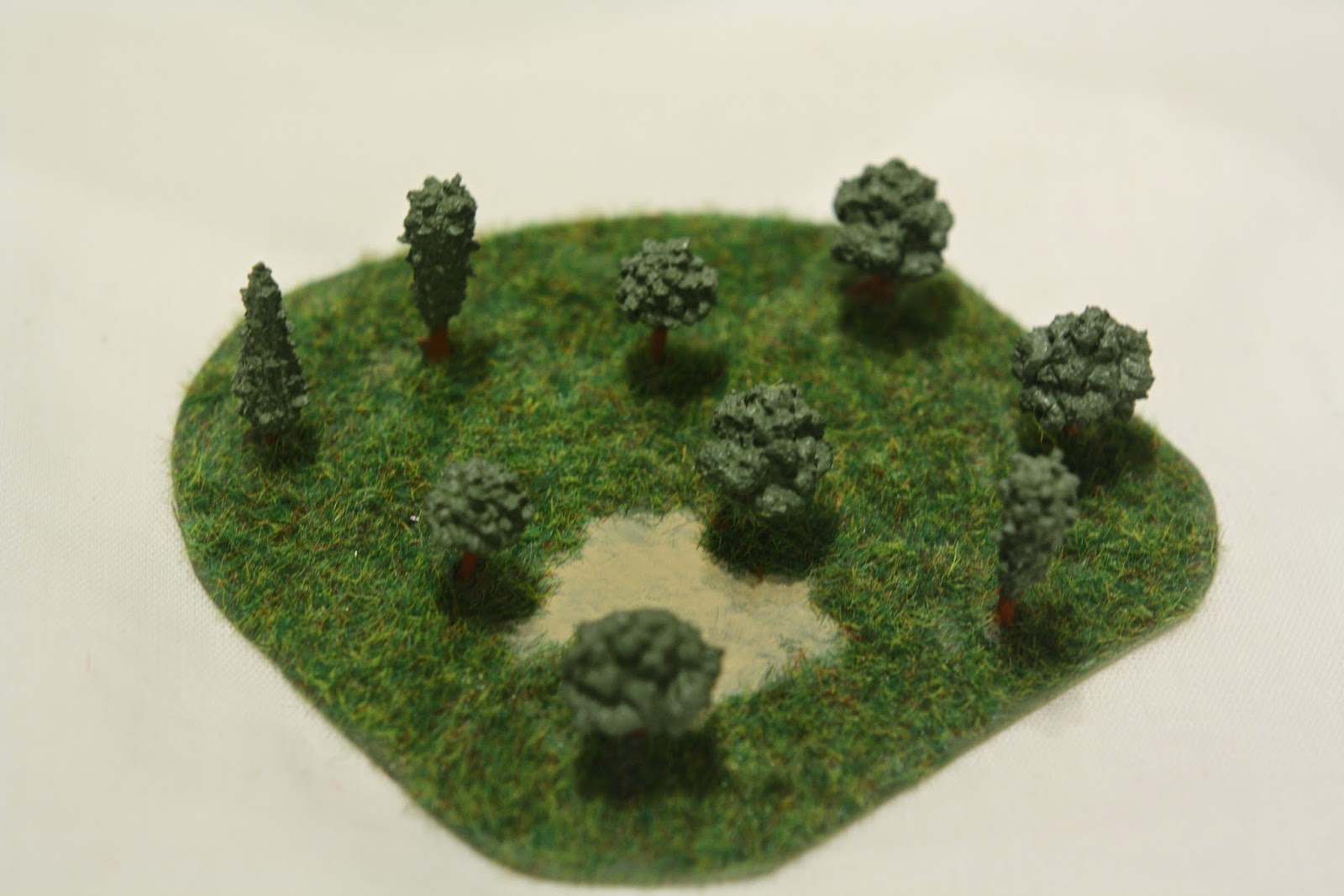 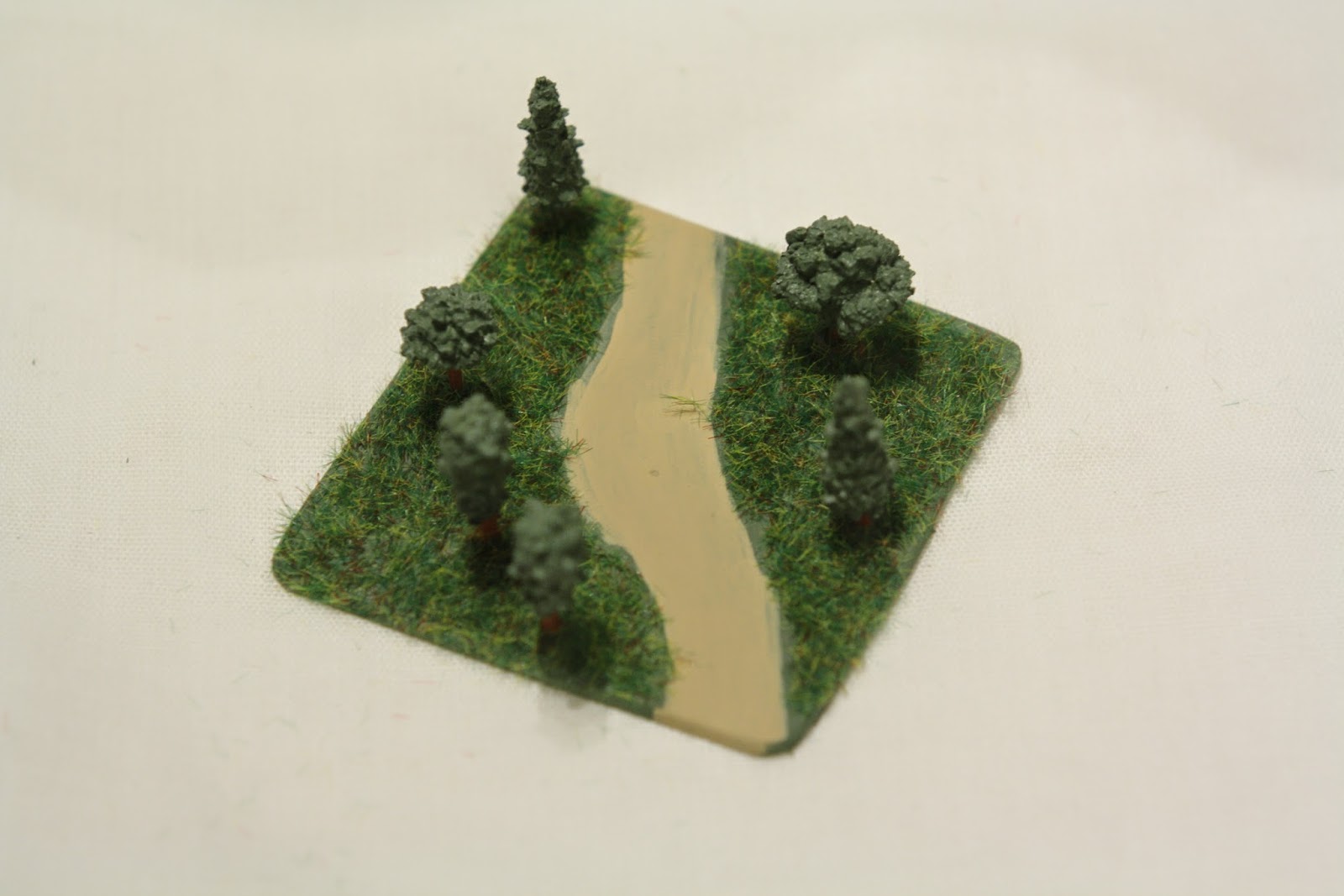 Rocky fields and rubble is good to give infantry something to slog through, but also take cover from incoming fire. So I made a pair, to try it out. I think I need bigger gravel, and possibly a few more pieces: 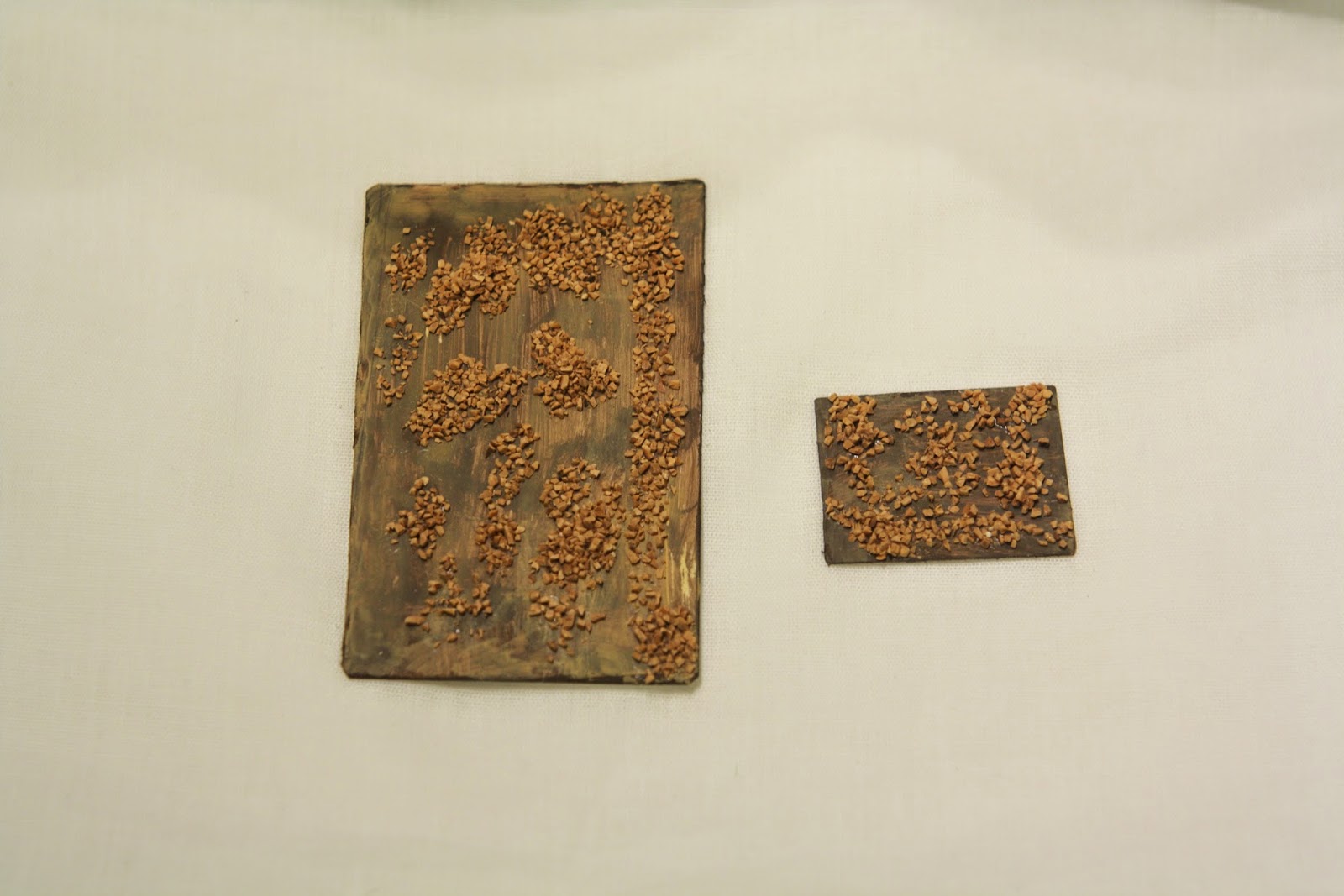 The last piece of today is a WiP; a small set of linked domes, maybe for secret research, but then again, it might just be a agricultural dome, we'll see what it end's up as! 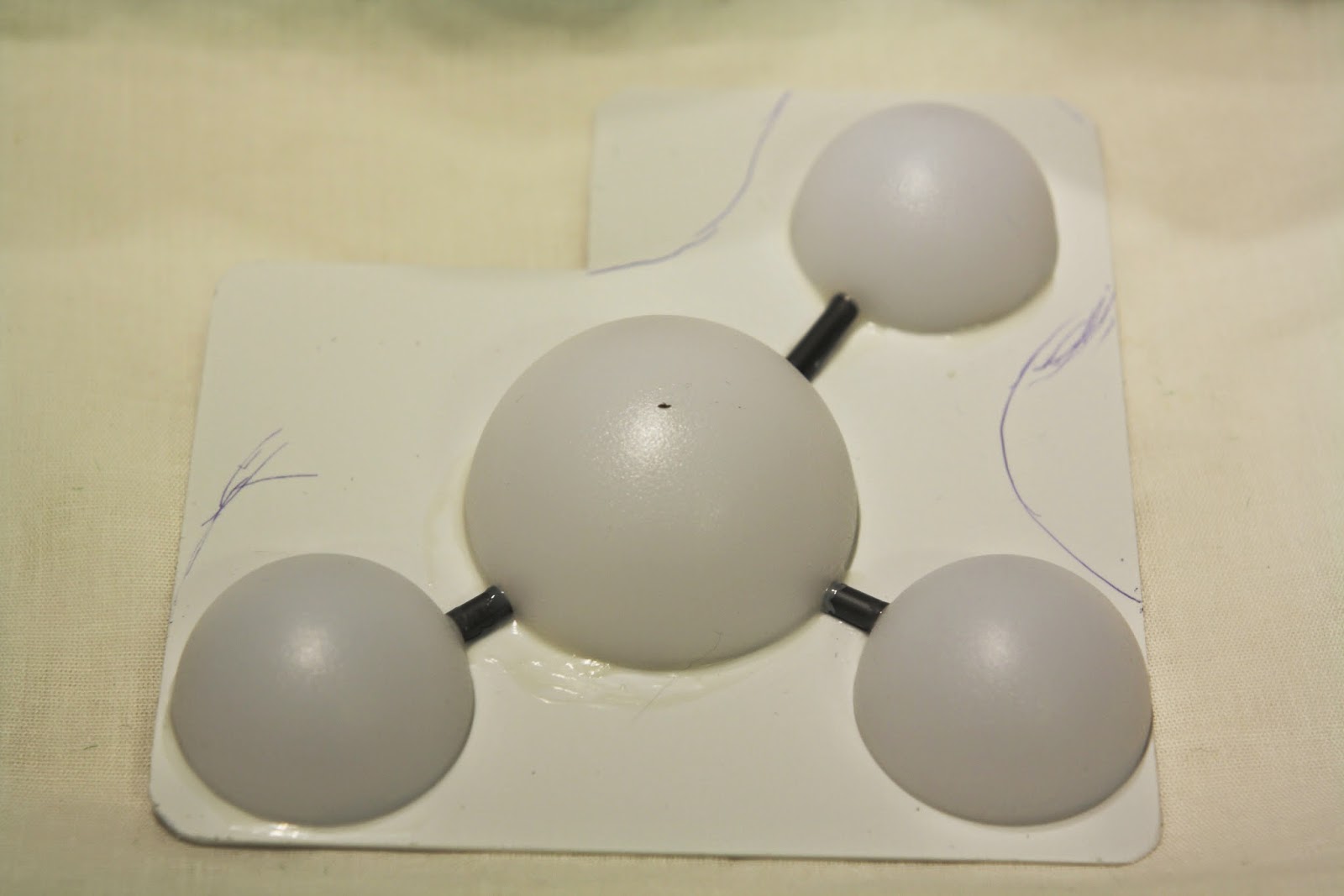 I have a few pieces of terrain that will suit several scales in the works, as well as a few 15mm troops that are to be photographed and uploaded in the next few days hopefully. There might even be another few surprises in the coming week or so.. Keep your eyes peeled!
﻿

Posted by Alexander Wasberg at 10:08