Combating my gamer ADD and "ooh shiny" has gone poorly this week, but I have finished a few pieces.

First is the troops of the Freehold of Tyria, a small force defending their home system.

Mostly made up of an all-volunteer militia, the day to day policing and peacekeeping are handled by the Tyrian System Defence Force. 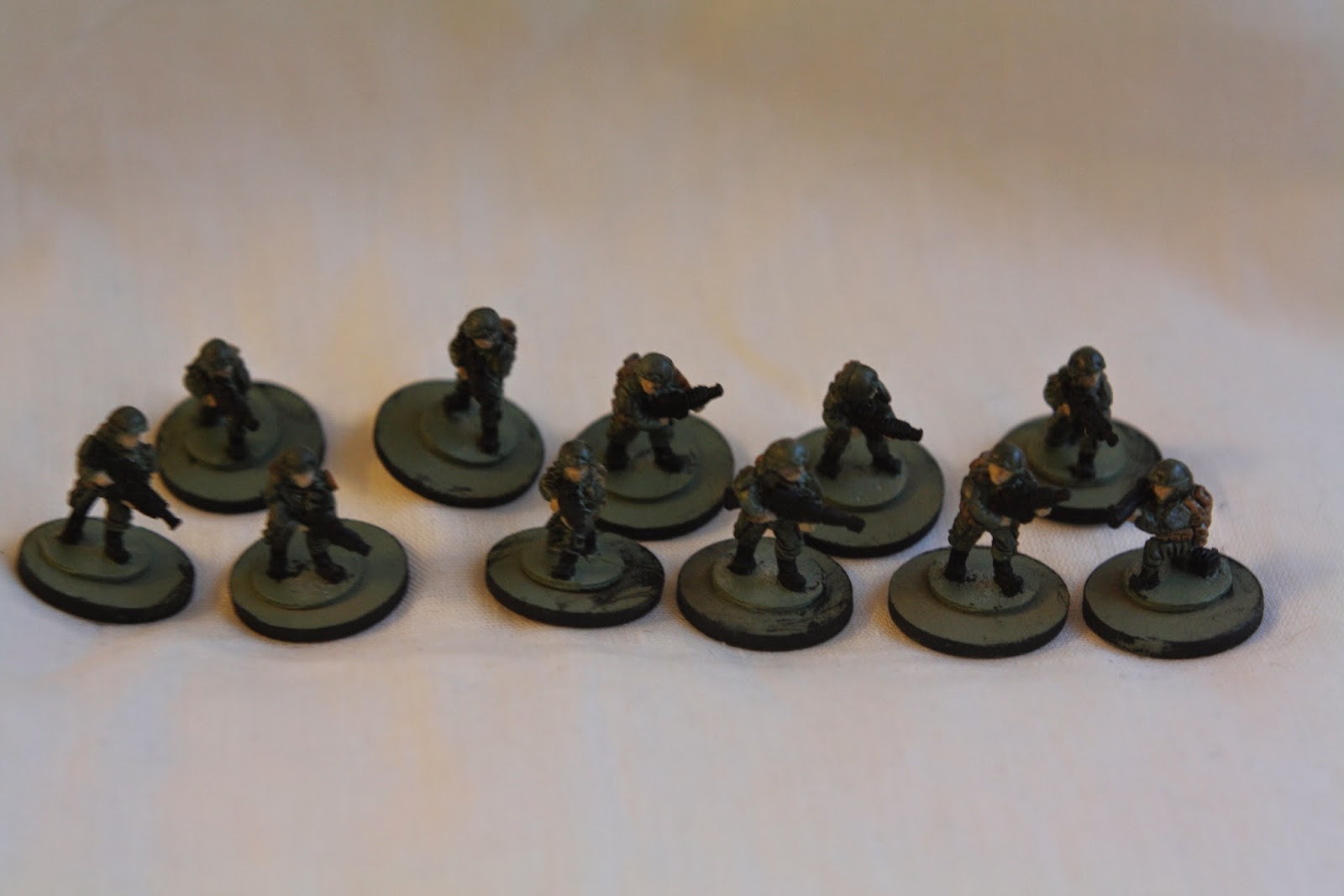 The typical squad consists of 2 fireteams, each led by a team leader, with one acting as squad leader when deployed together. The fireteams each have 4 riflemen and 1 specialist, in addition to the leader. 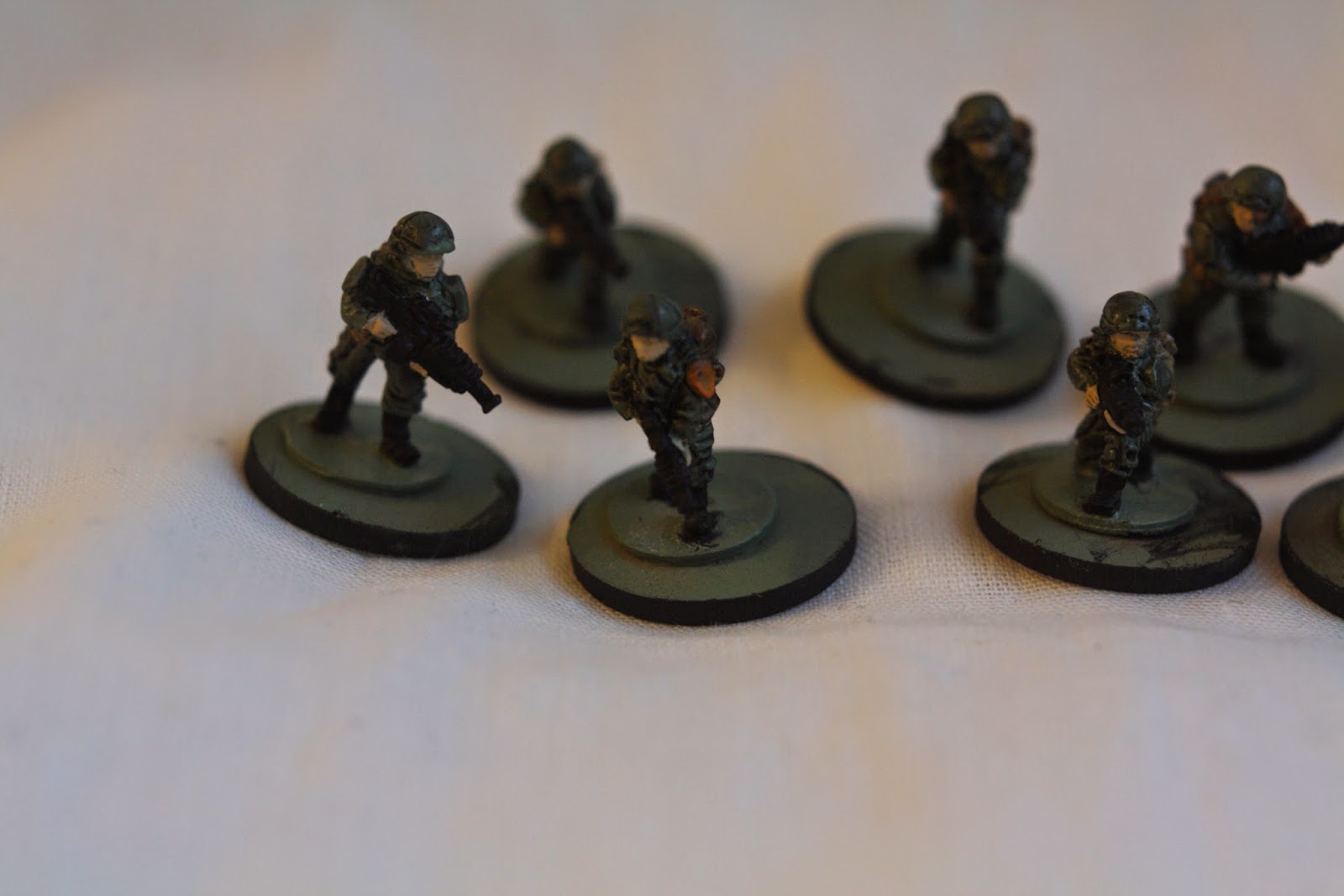 One of the team leaders, marked by his orange badge. 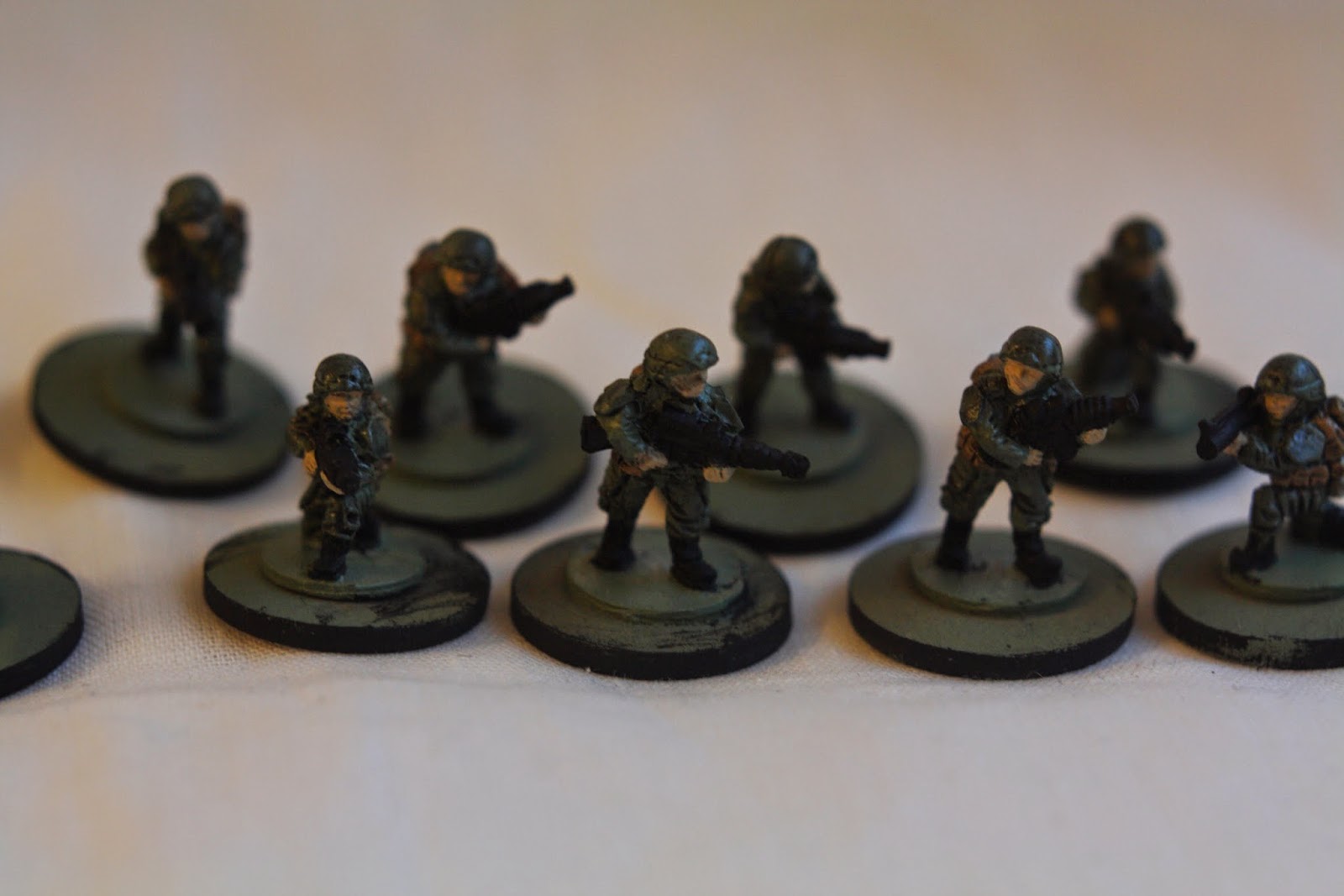 Some troopers, with a designated marksman in the middle. 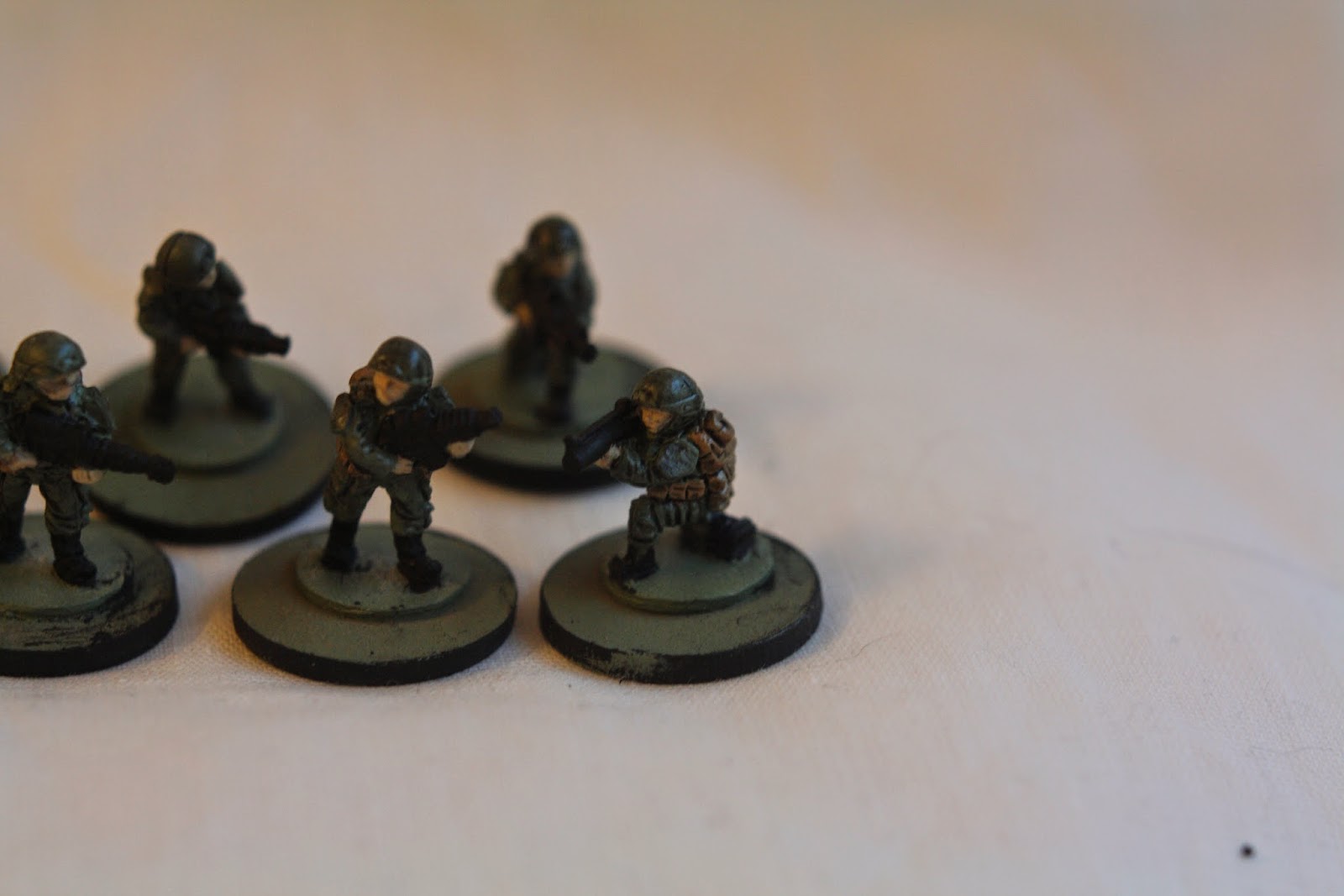 The Tyrian SDF have some anti-tank capability even on the squad level, in the form of disposable anti-armour launchers. 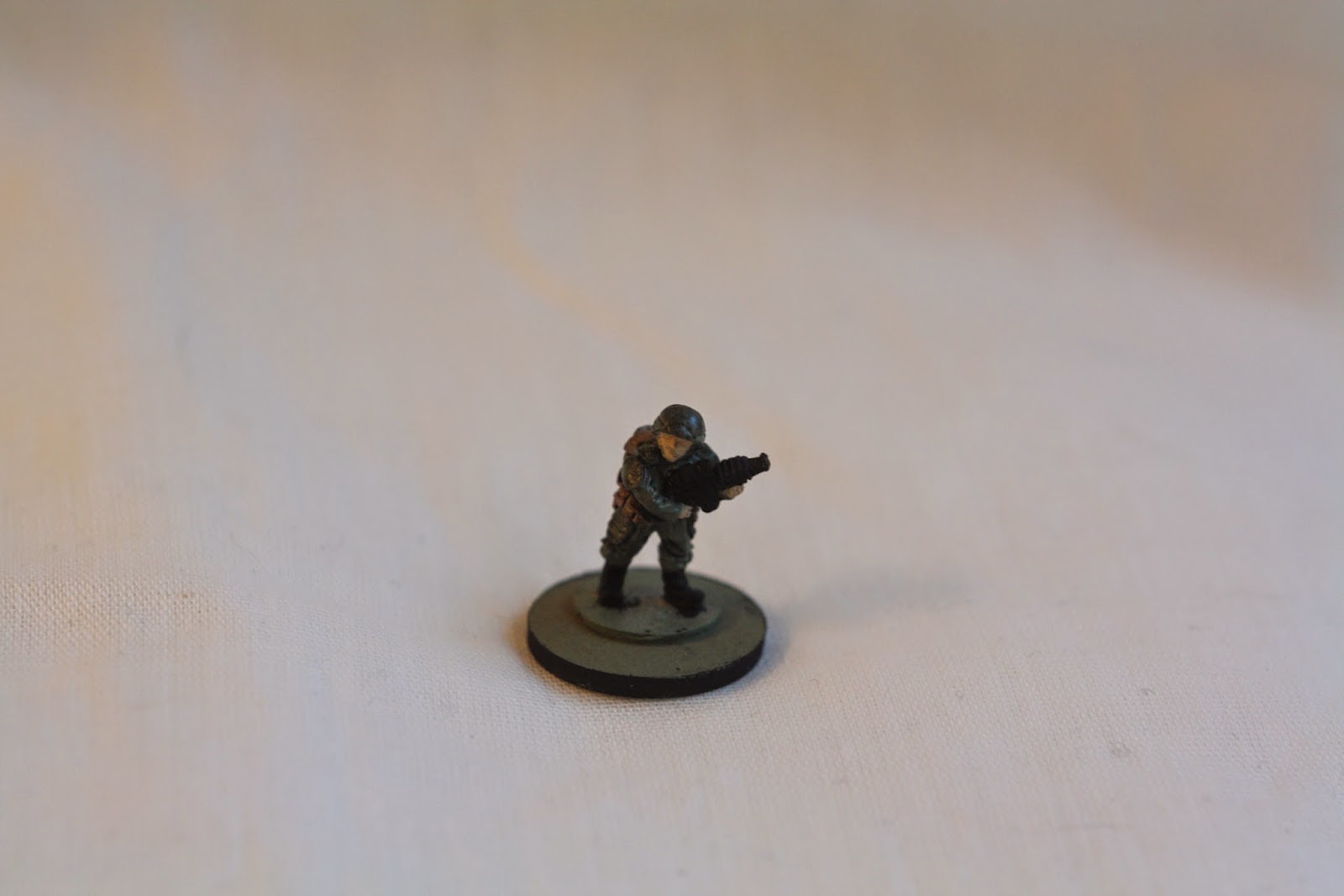 The standard grunt, the backbone of the proud defenders.
Tyria does have a professional military force as well, the Tyrian Aerospace Marine Corp. Known to most of the militia and civilians as "the regulars", the AMC is usually called on when things heat up beyond the scope of the militias duty. 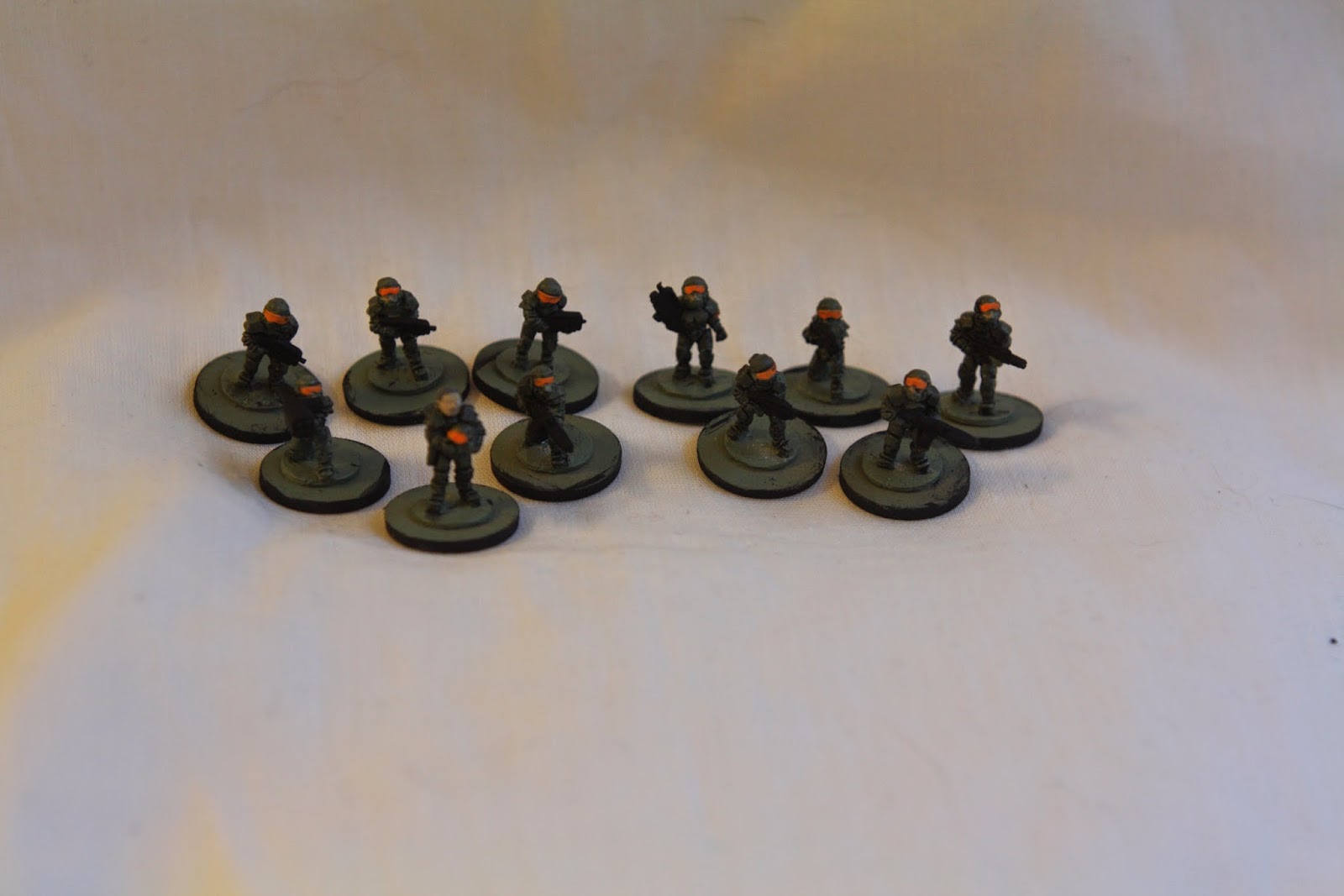 The AMC is organized into 5-man teams, trained to operate jointly with the militia, or on their own when needed. Every team carries heavy auto-rifles and powered armour, as well as some form of support weapon; the most common being the "Scorpion" anti-armour box launcher or the "Buzzsaw" machinegun. 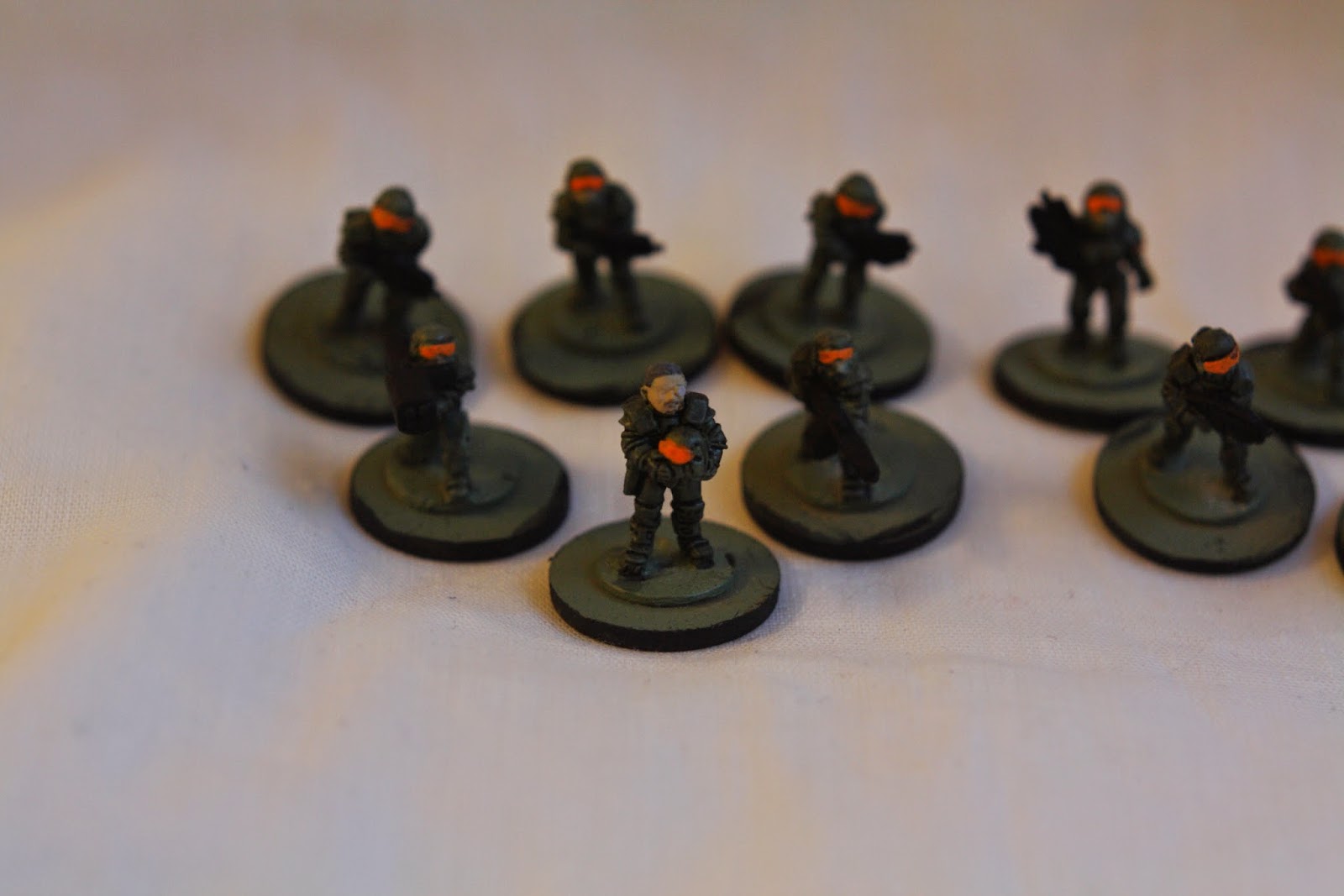 The AMC platoon leader, looking spiffy with a monocle. (Or is it a bionic Eye?) 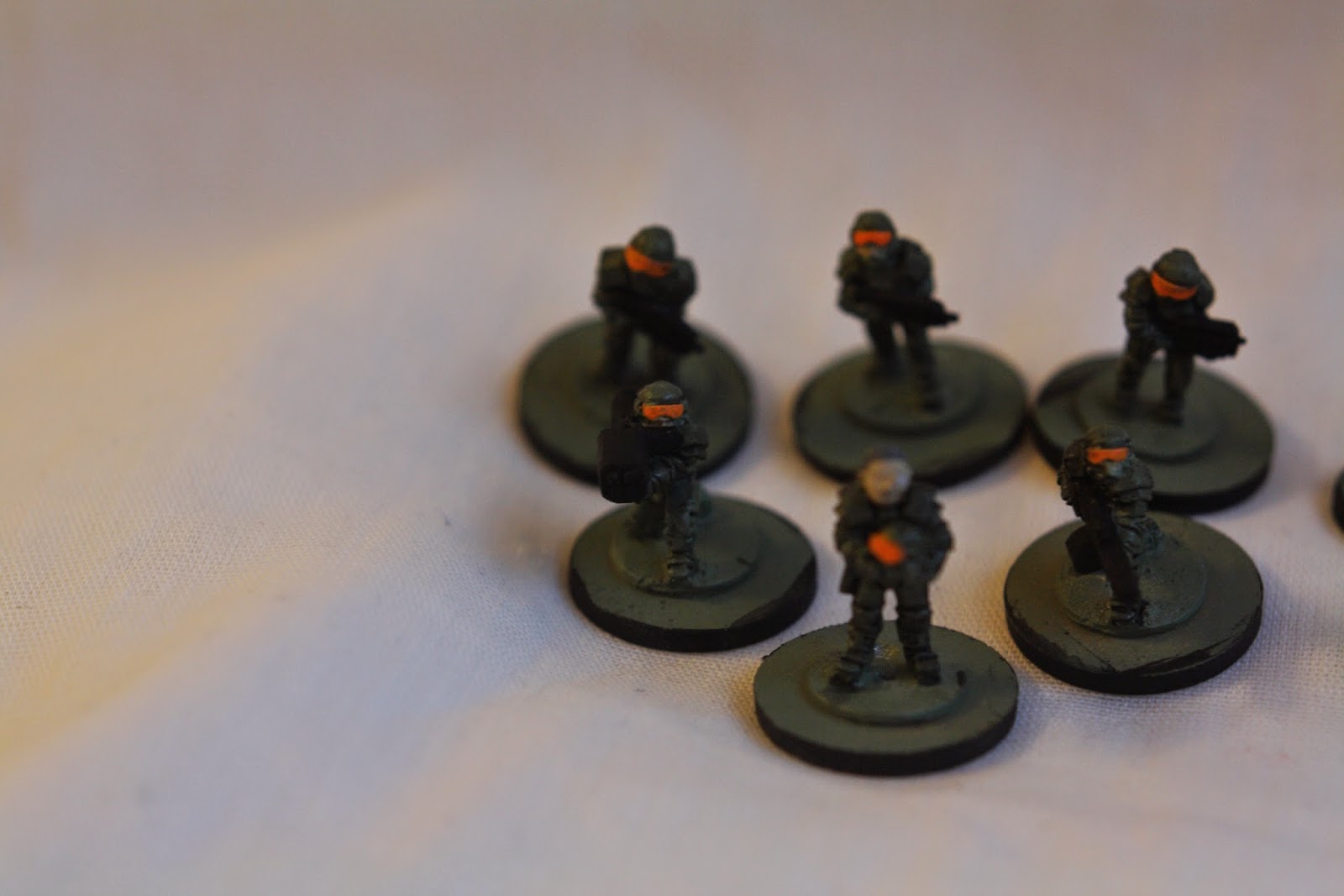 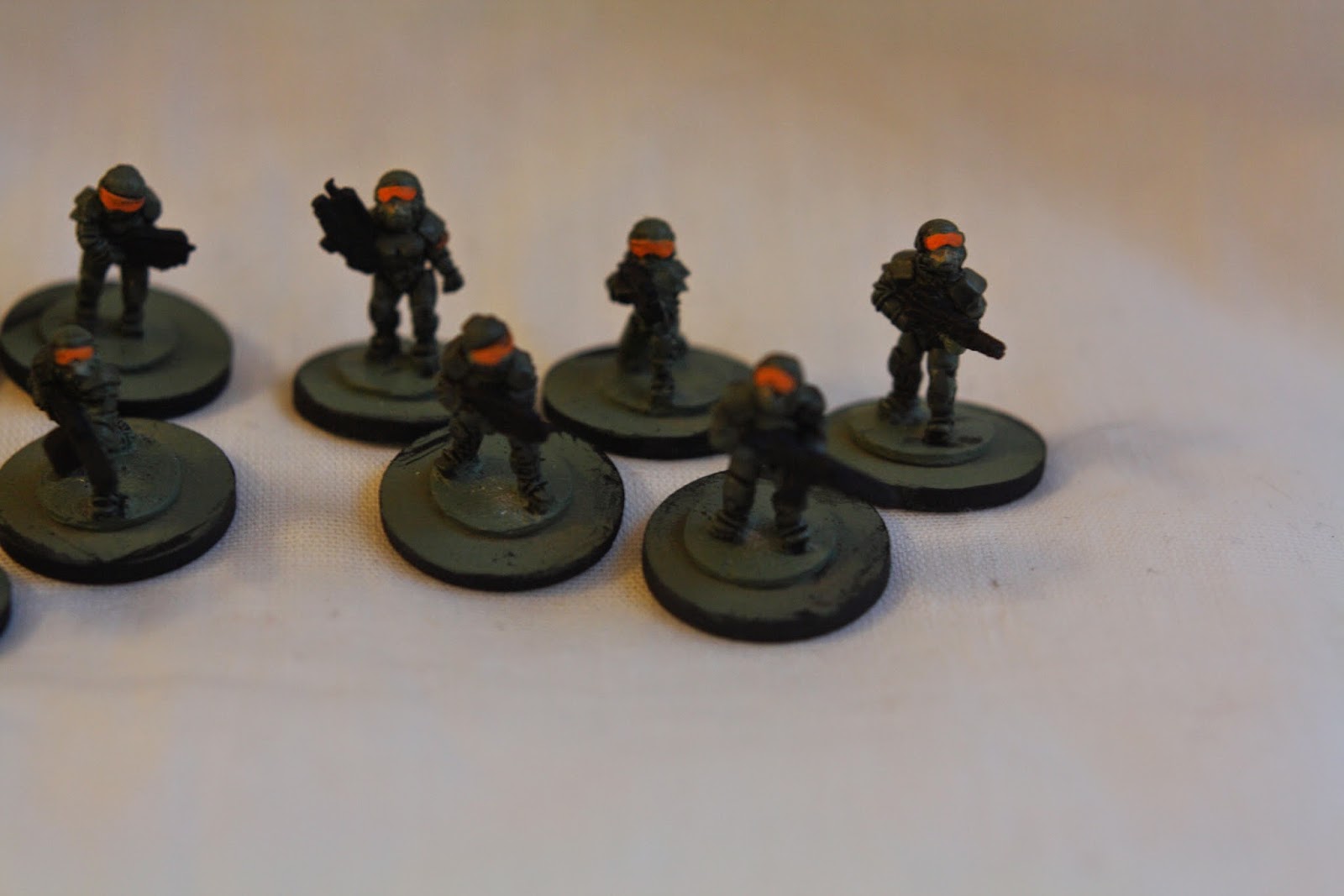 The regular troopers and specialists.
I also finished up a few pieces of terrain. I have been toying around with some stuff that was lying around, and remembering a post I read earlier (sorry, can't remember where) I decided to try my hand at something I've seen a few enterprising terrain makers do:
Alien vegetation, made out of drinking straws. I think they are quite passable, not the greatest trash-bash, but it came out better than expected! 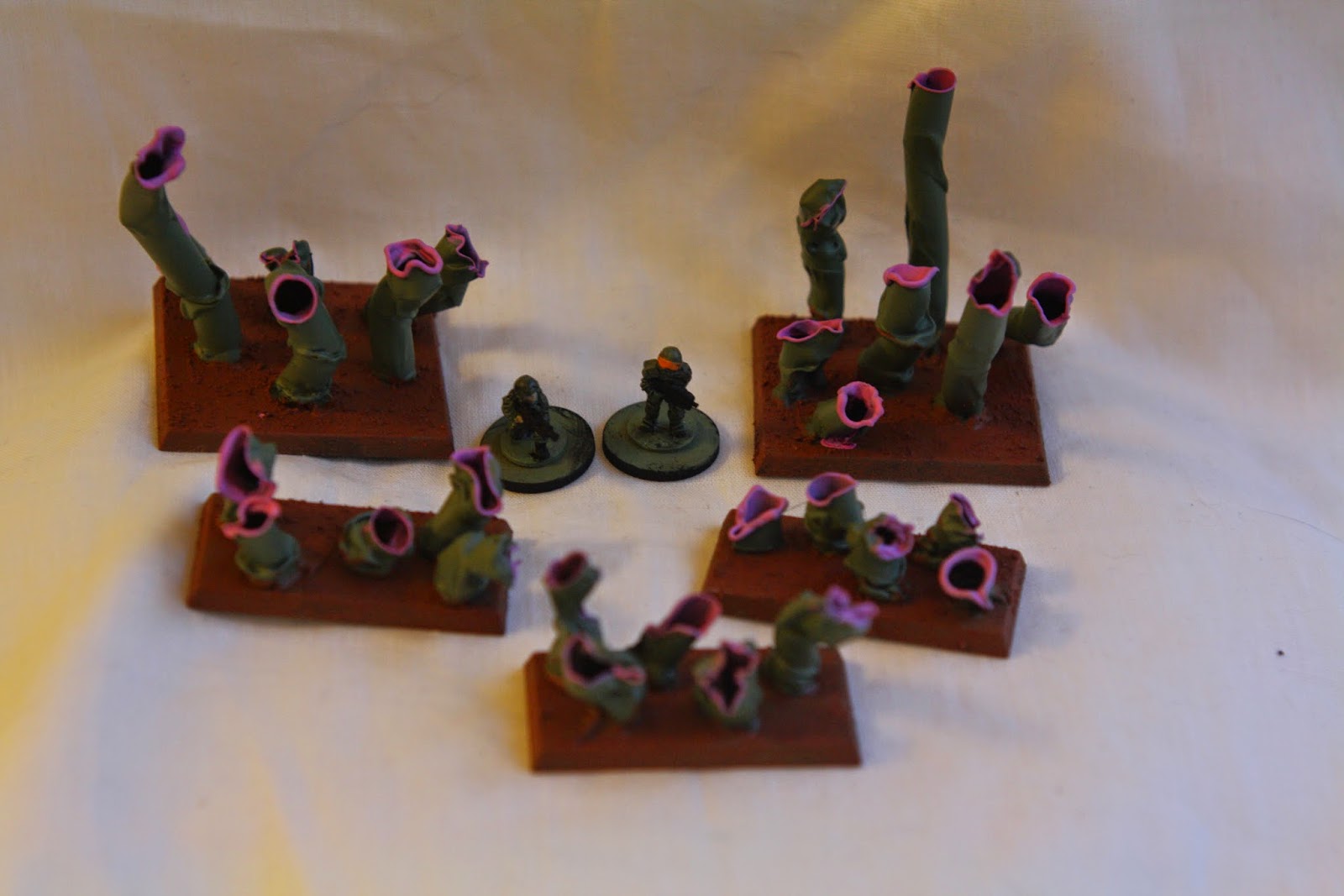 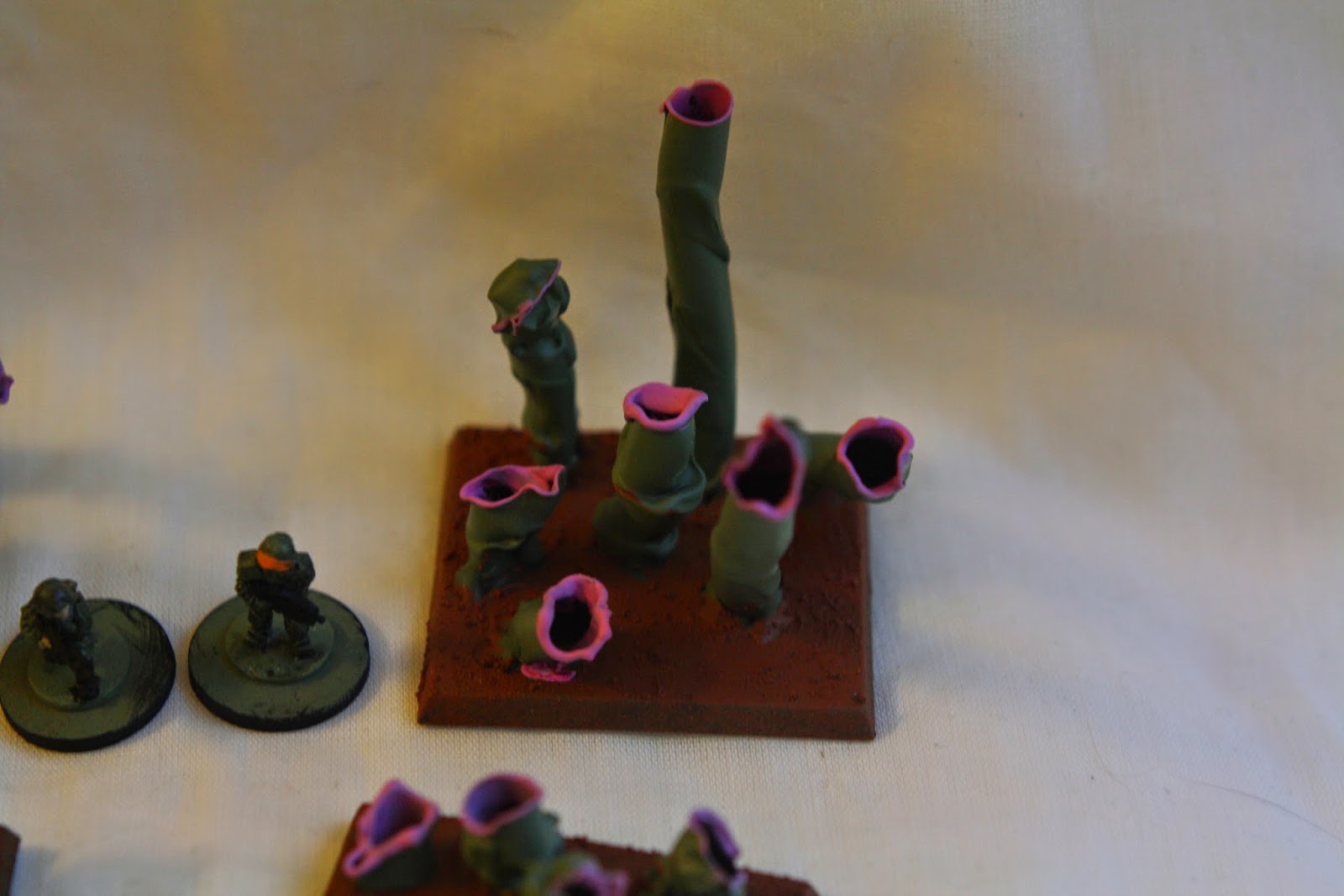 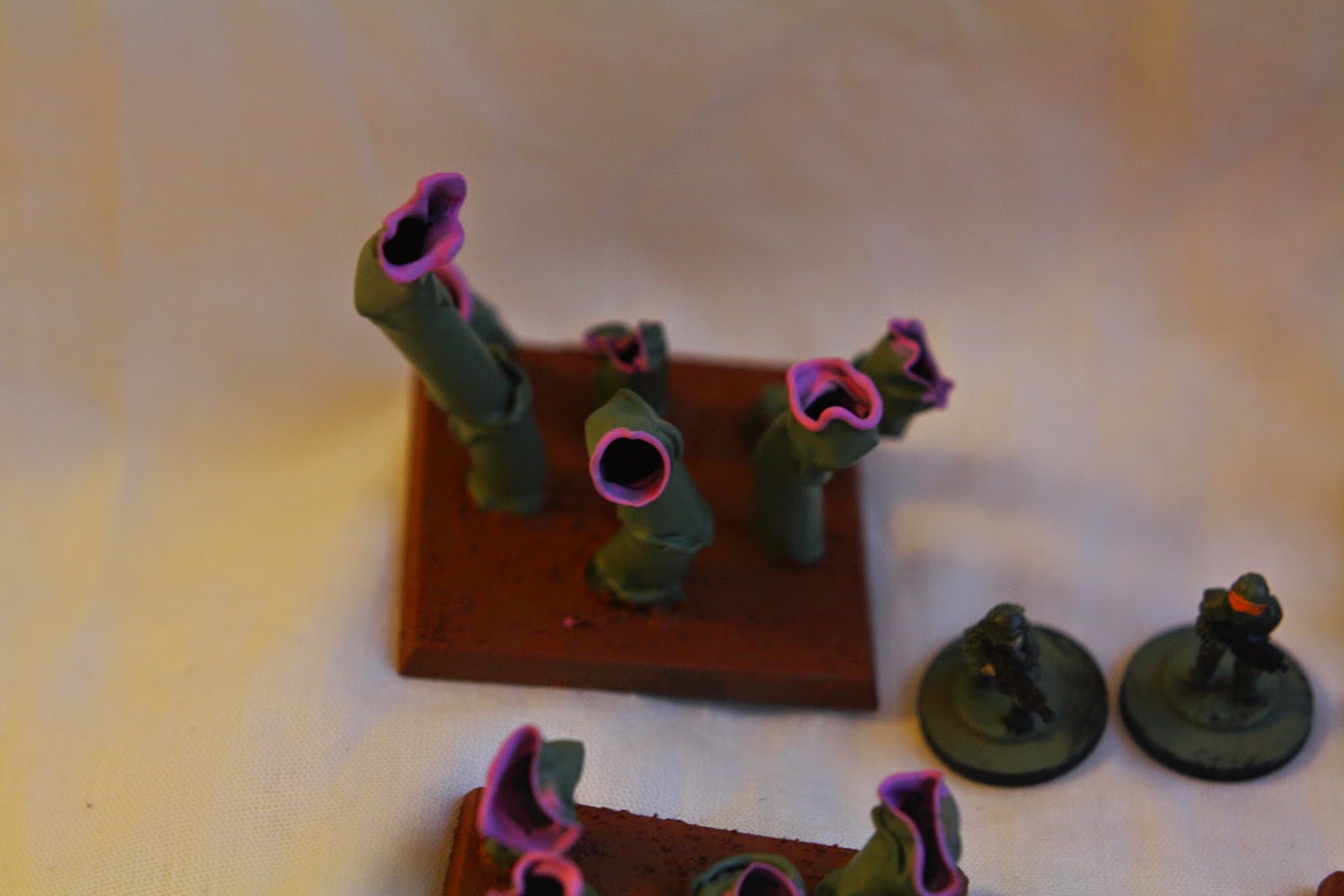 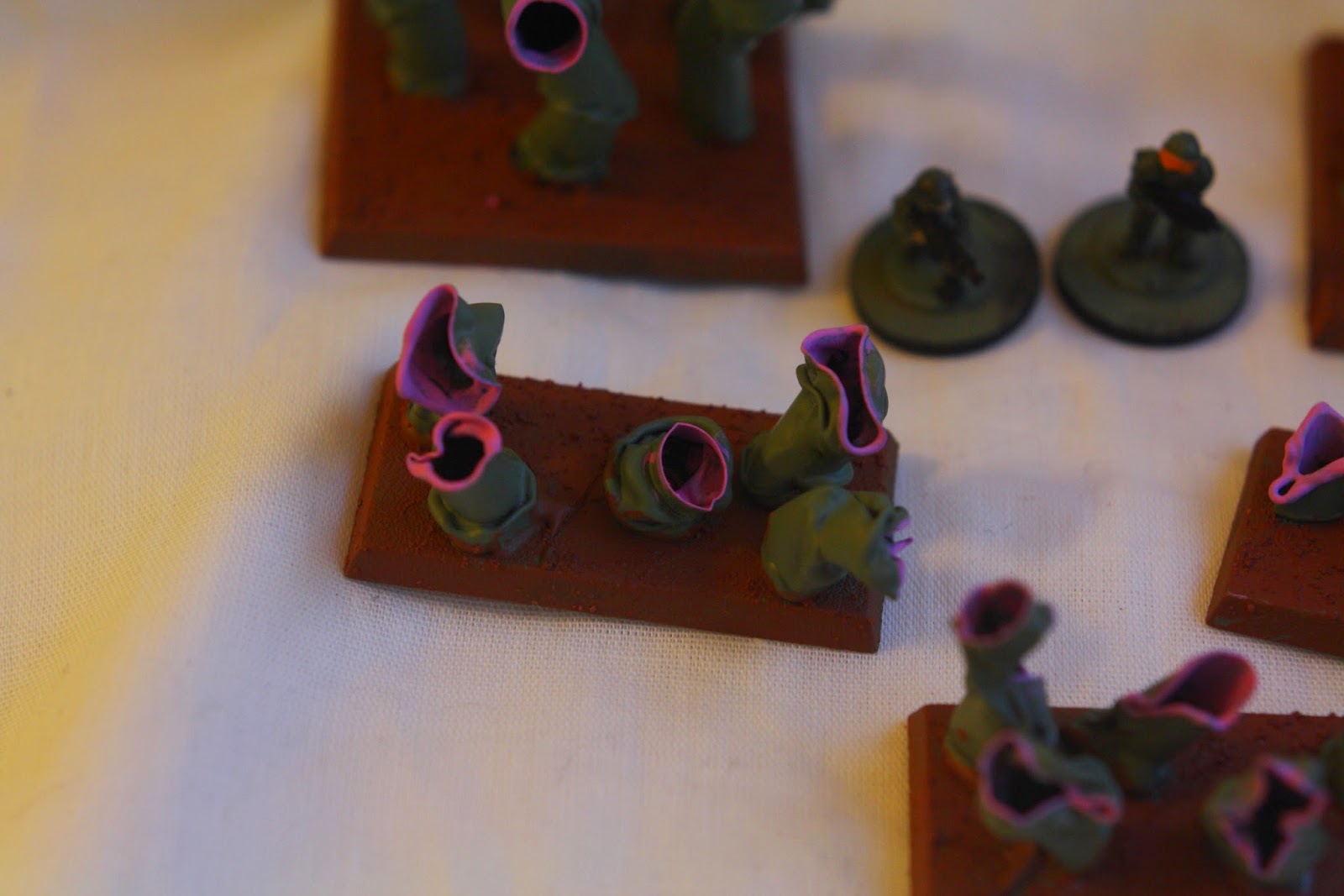 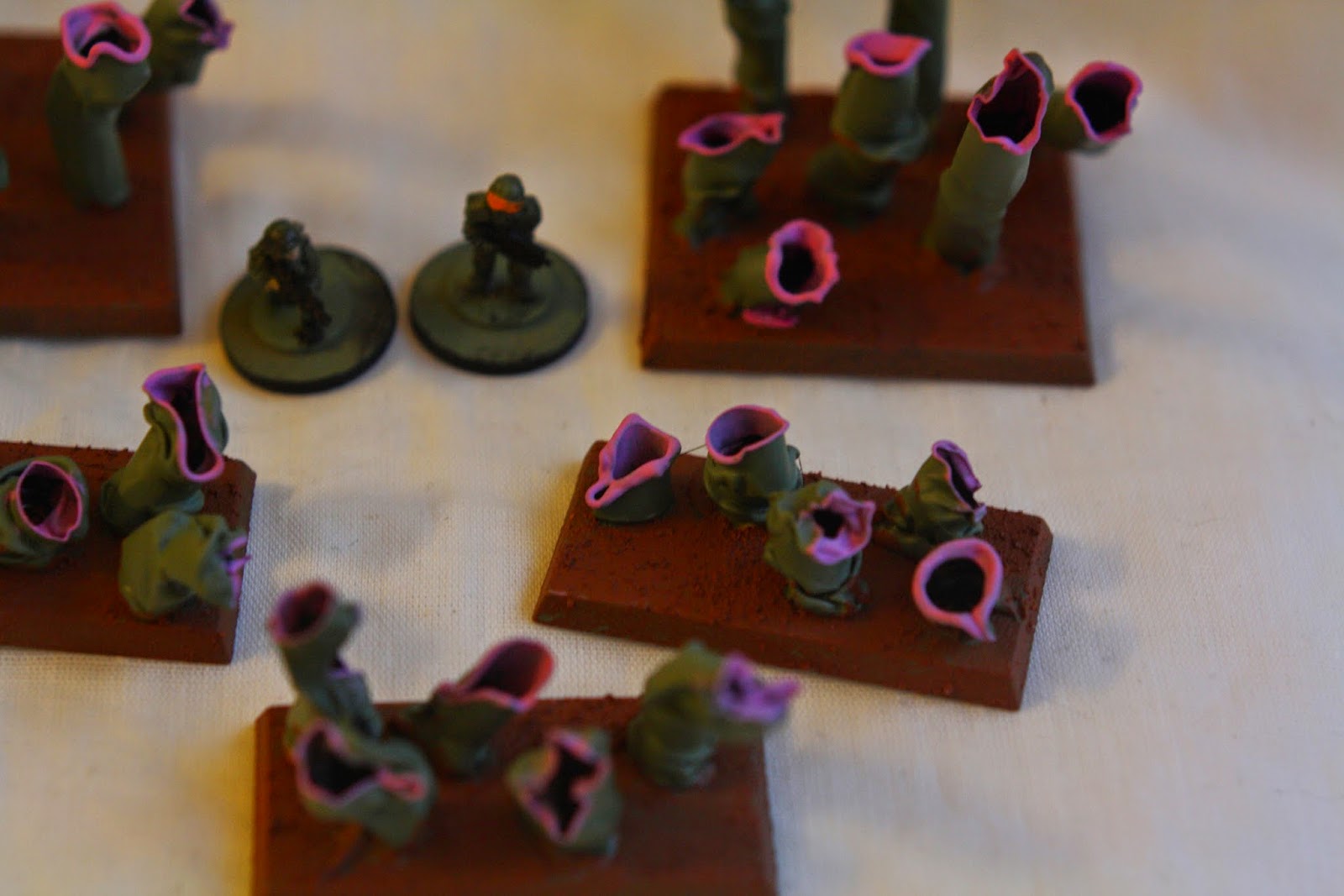 They were all made in the same fashion; the straws were shaped using an ordinary candle to heat up the plastic to make it warp, then I cut them into pieces that looked interesting to me. Finally I hot-glued them to some old mongoose Mighty Armies bases I had lying around, before painting them.
I hope to be able to post some more terrain pieces I'm working on, as well as some finished fantasy models in the not too distant future. There might even be some tiny-scale stuff showing up soon.. provided I can focus on one project for long enough to have something to show, that is!
Hope you've liked it!
﻿
Posted by Alexander Wasberg at 10:51