The Brunts are ready for war! and other things..

After playing around a bit with my new airbrush, I decided it was time to finish a few bits and pieces I'd started on.

Here are the results: 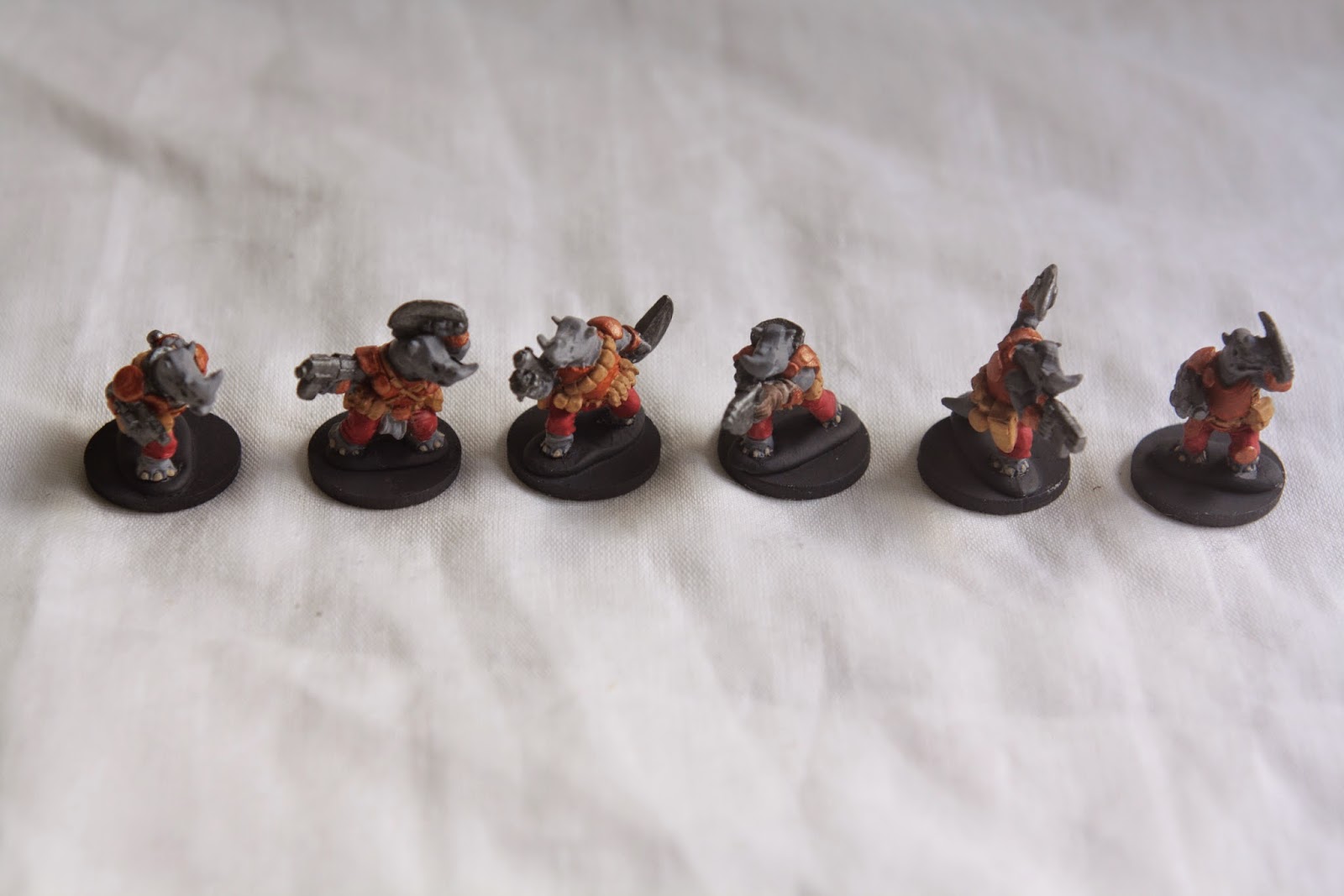 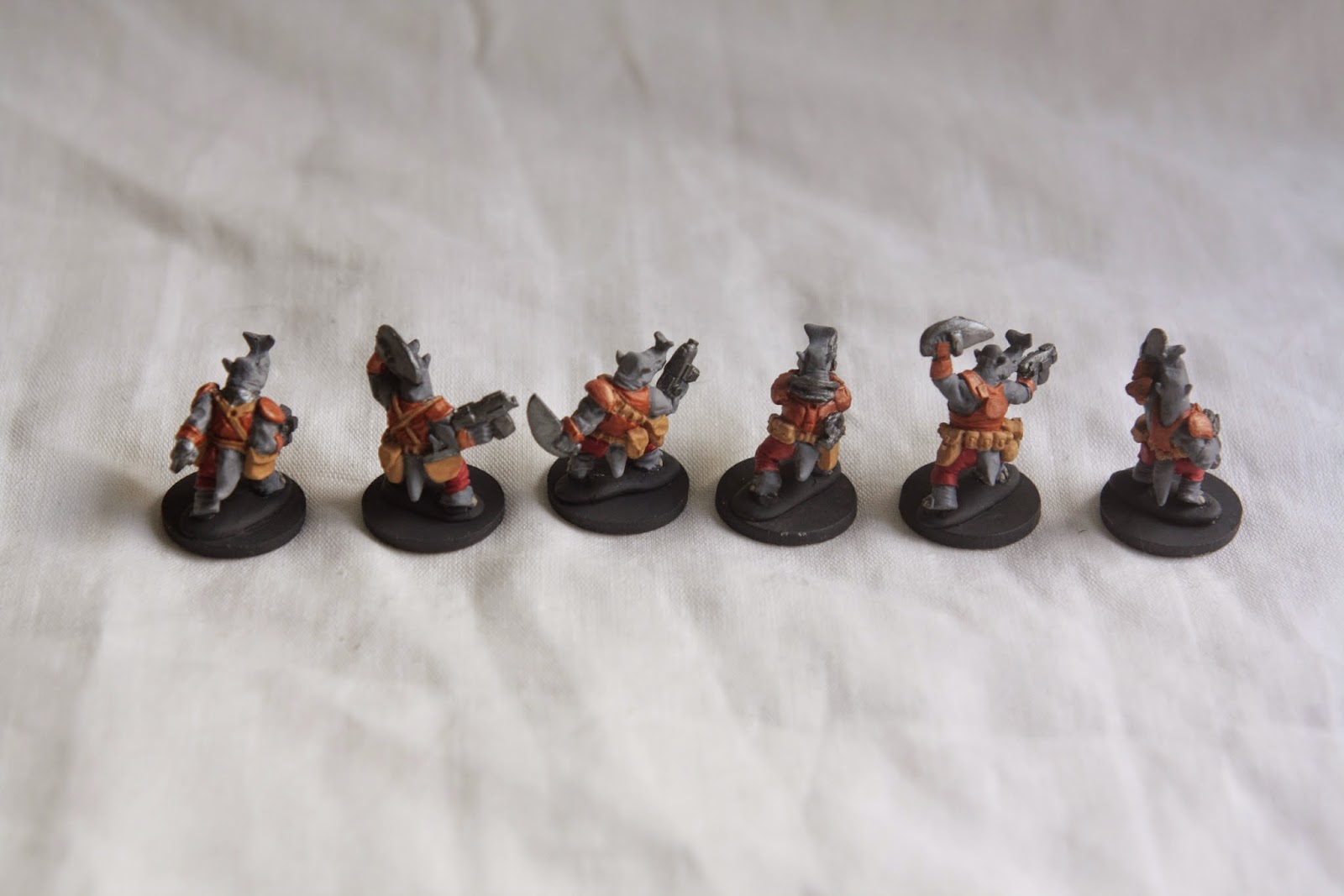 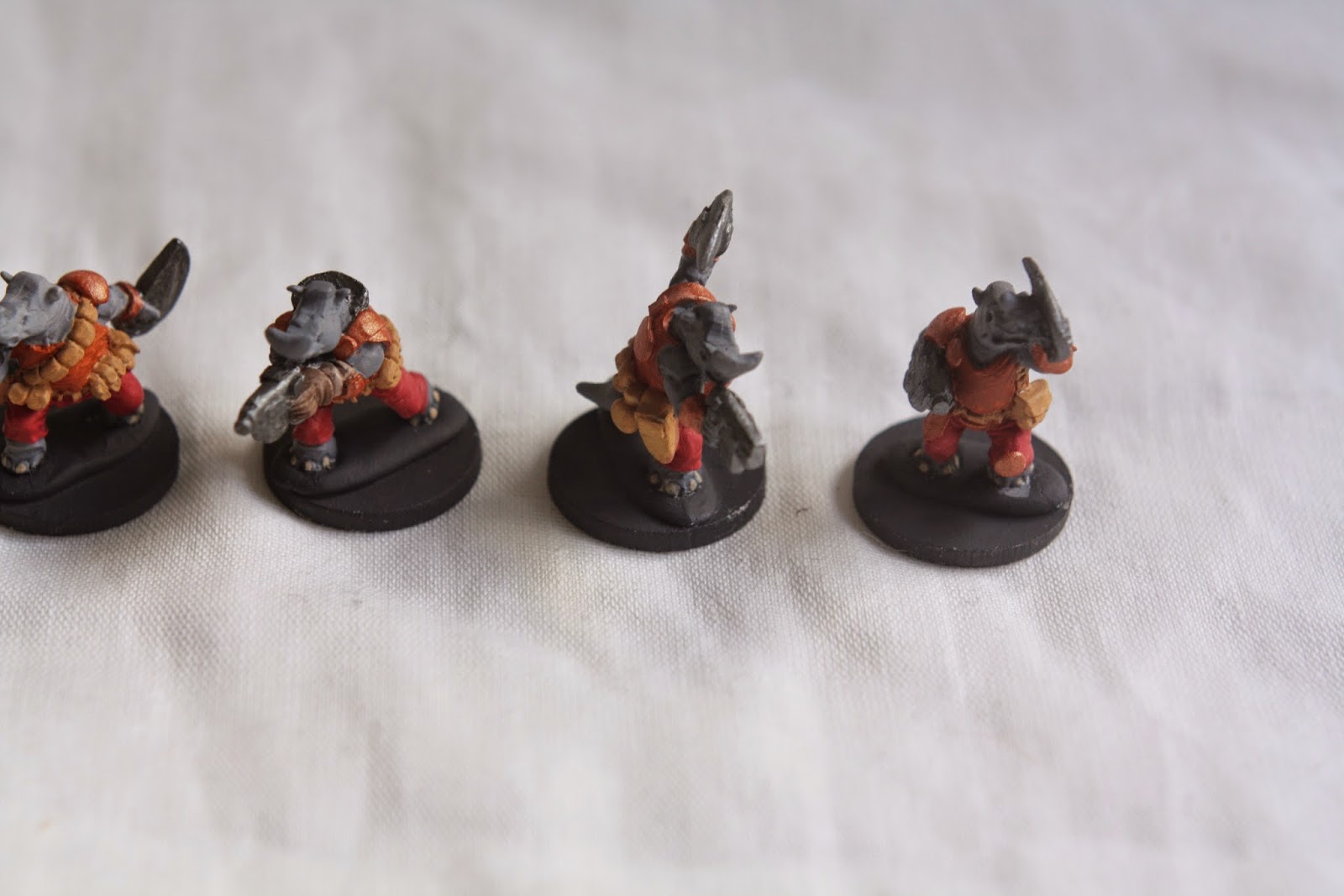 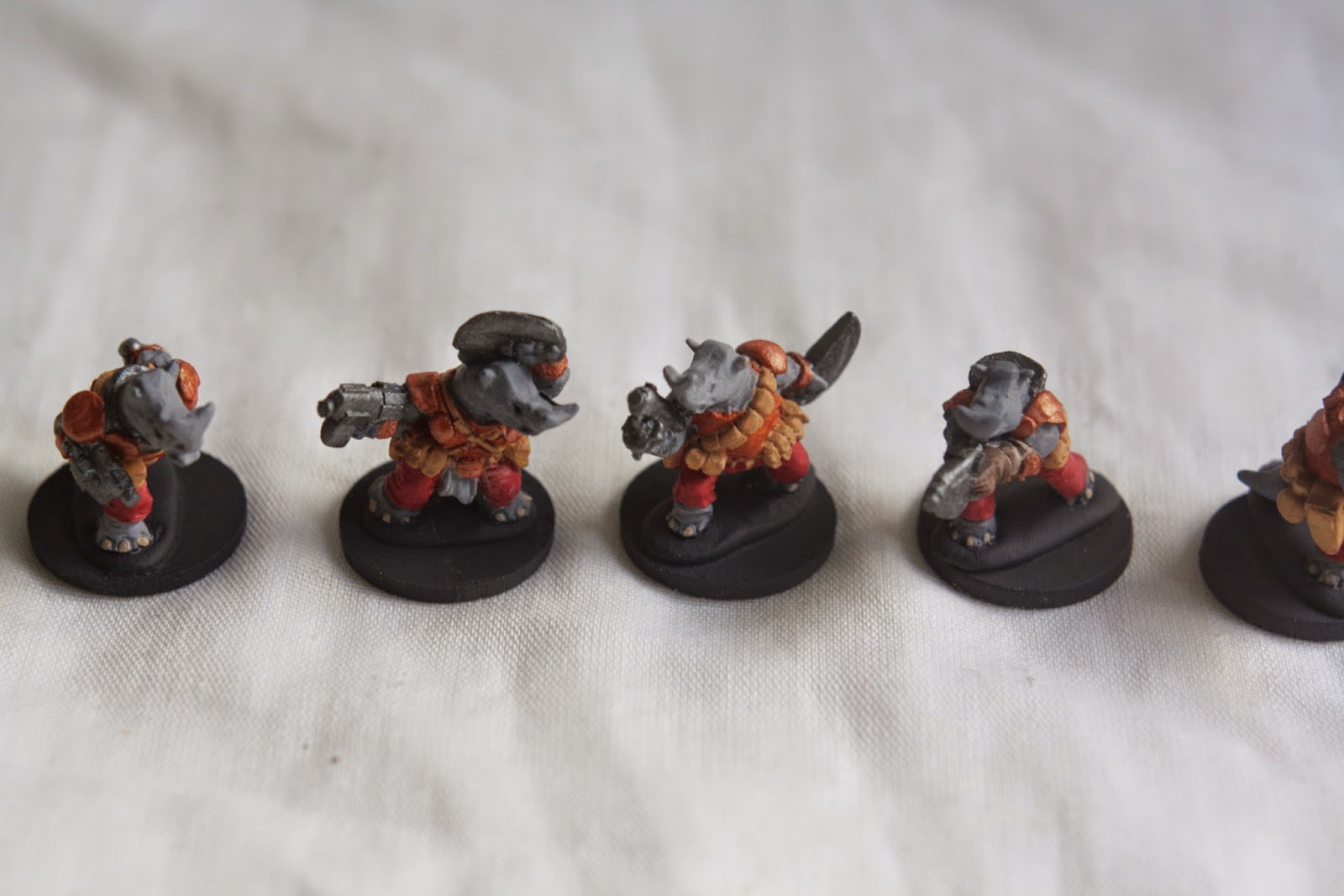 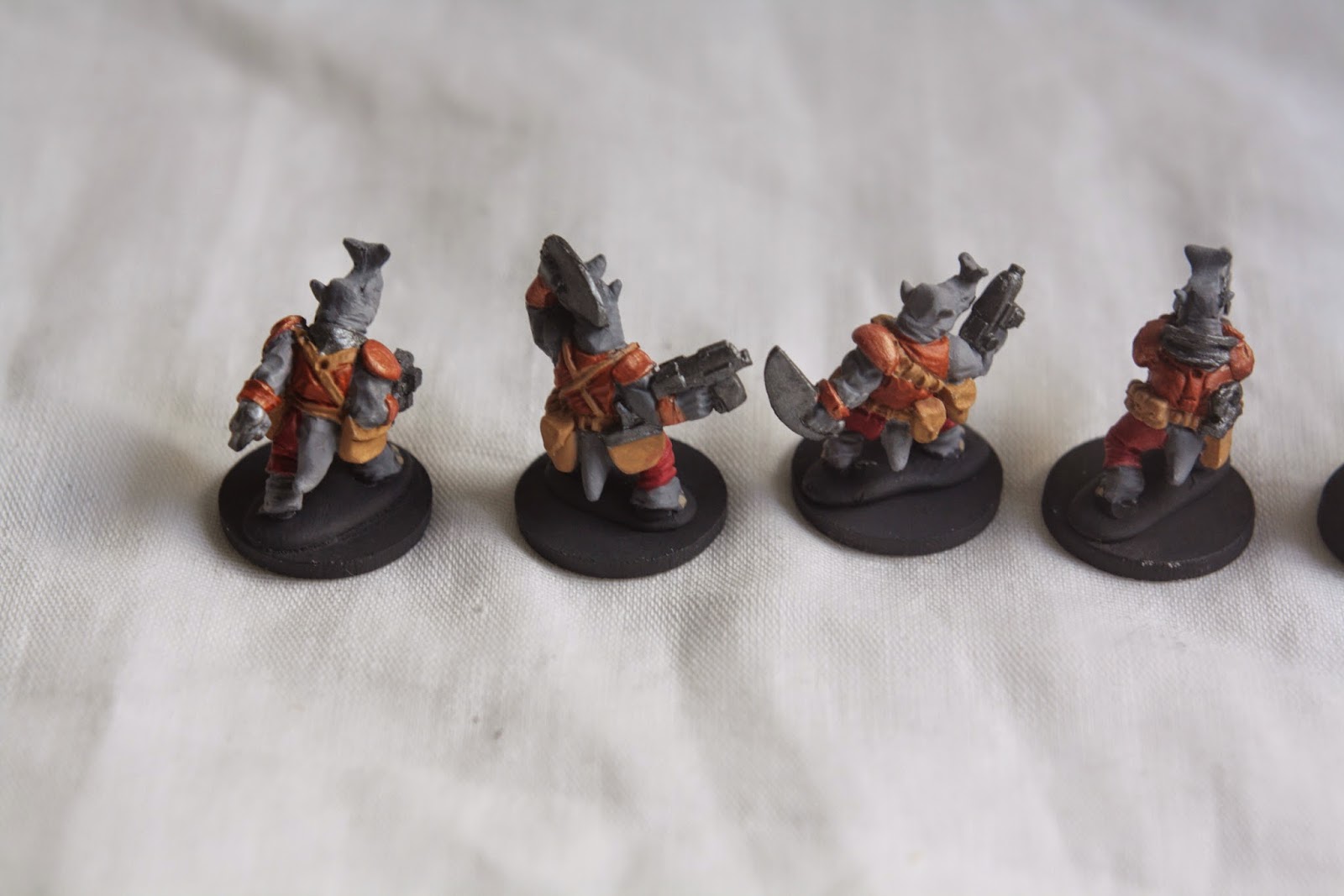 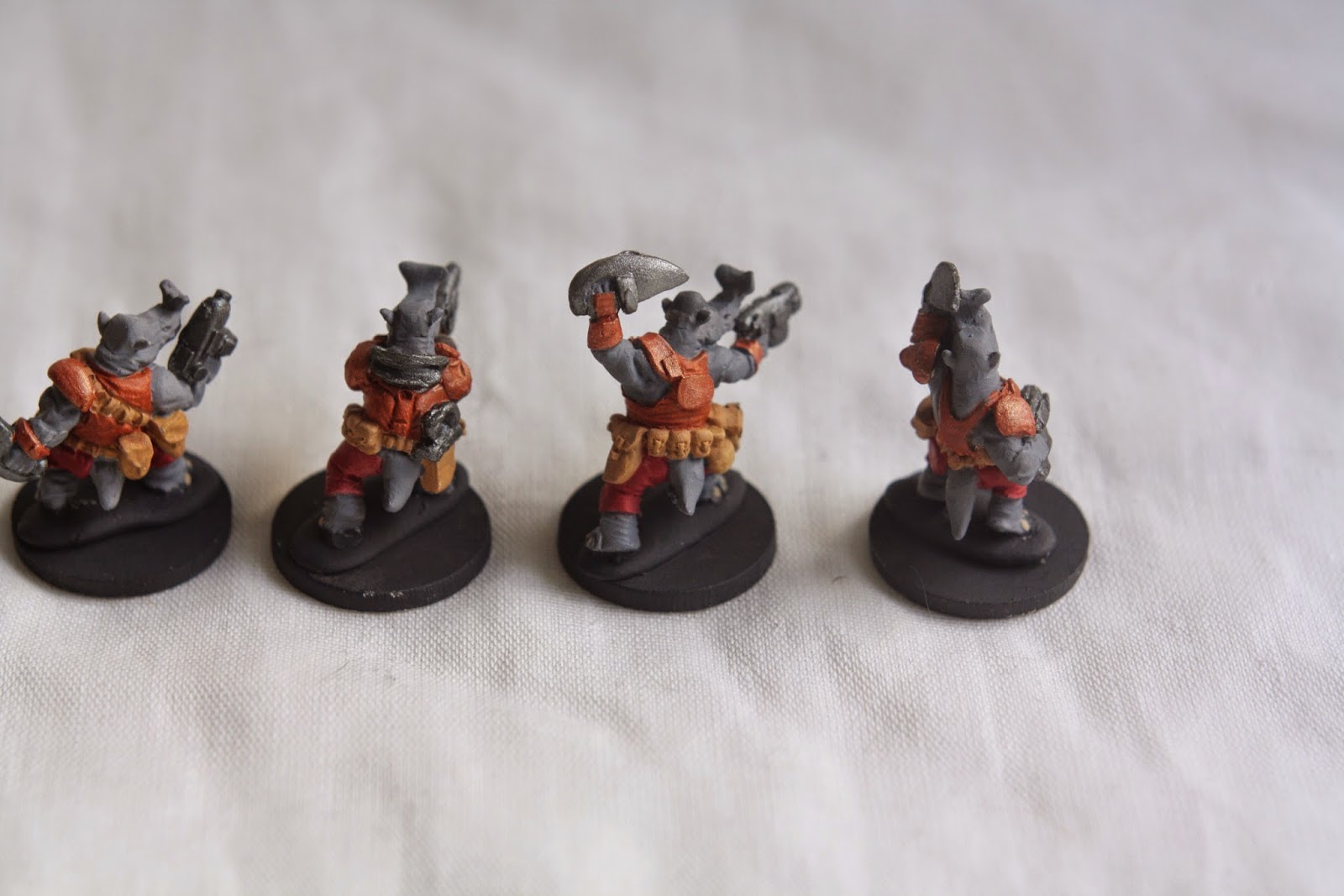 First we have the finished Brunts! These Rhino-men are now ready to serve as a merc unit, or just hired muscle for a local crime lord. 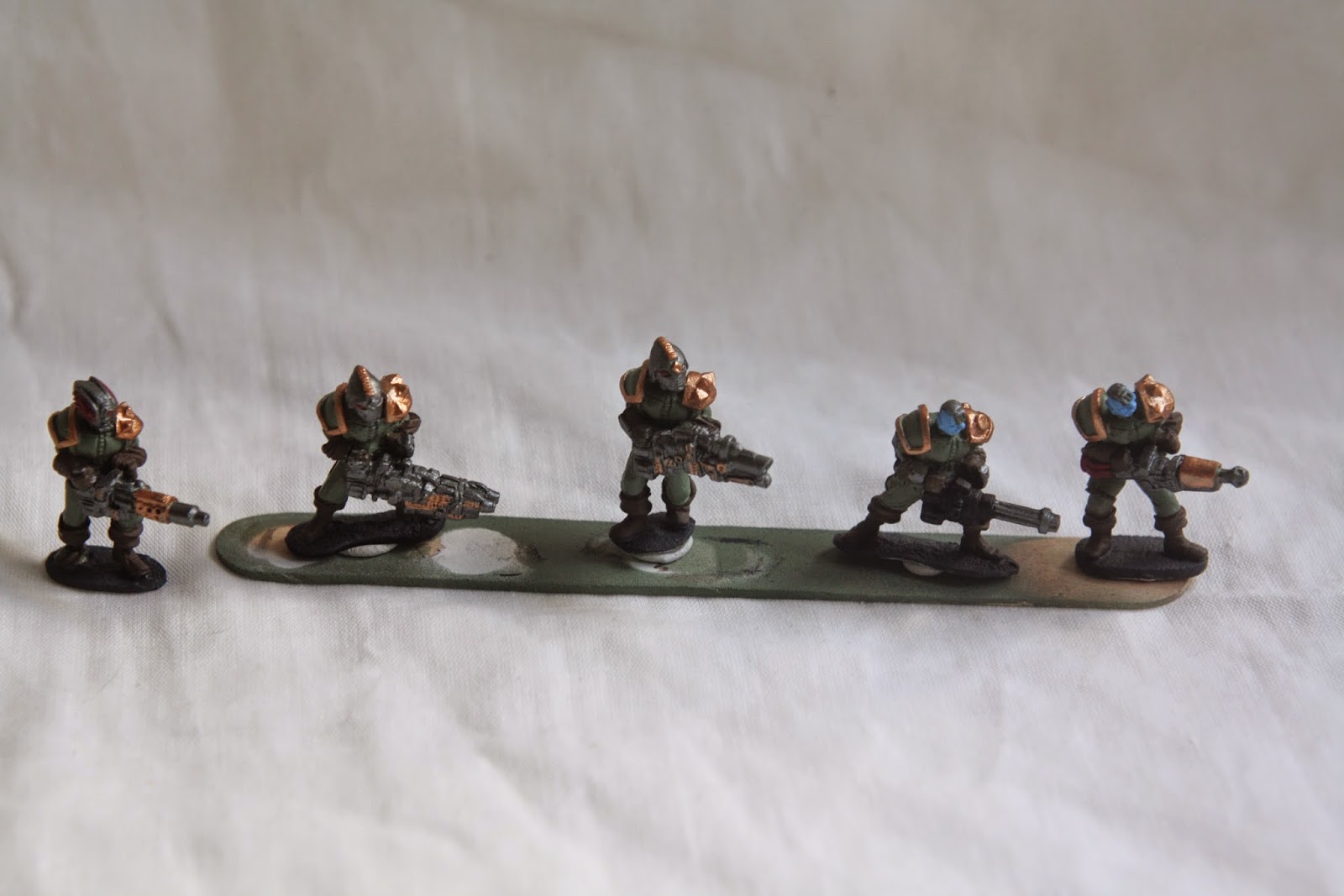 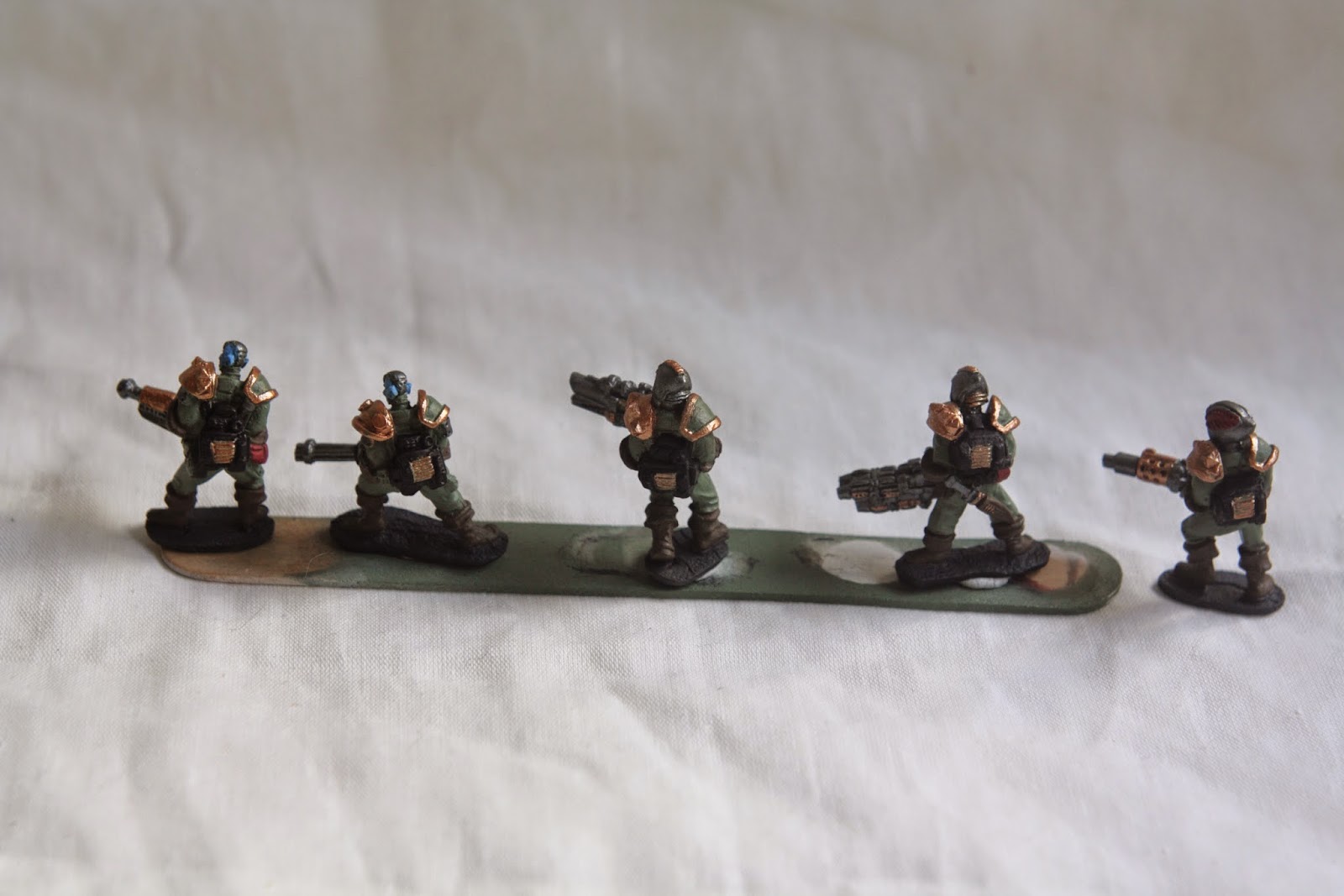 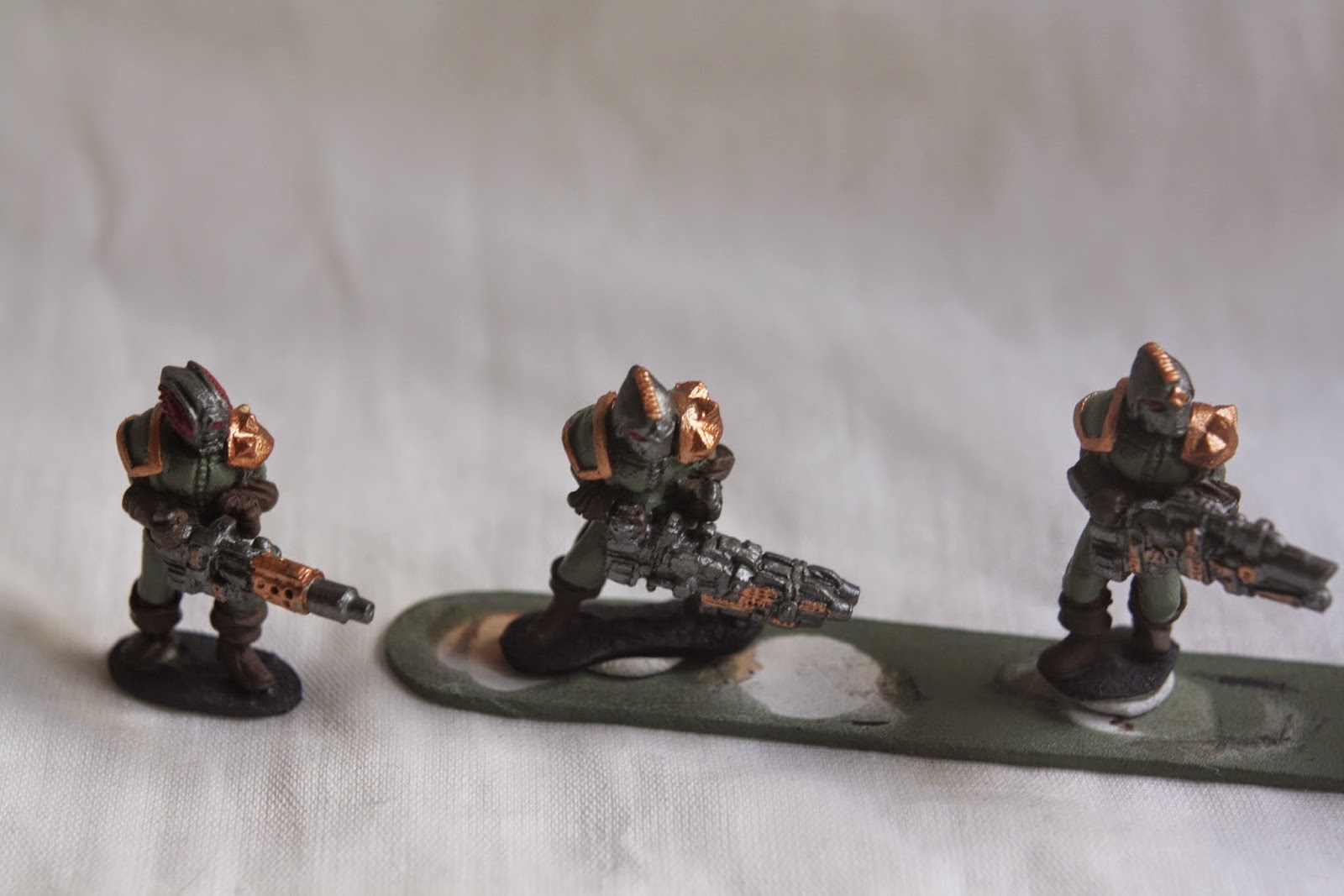 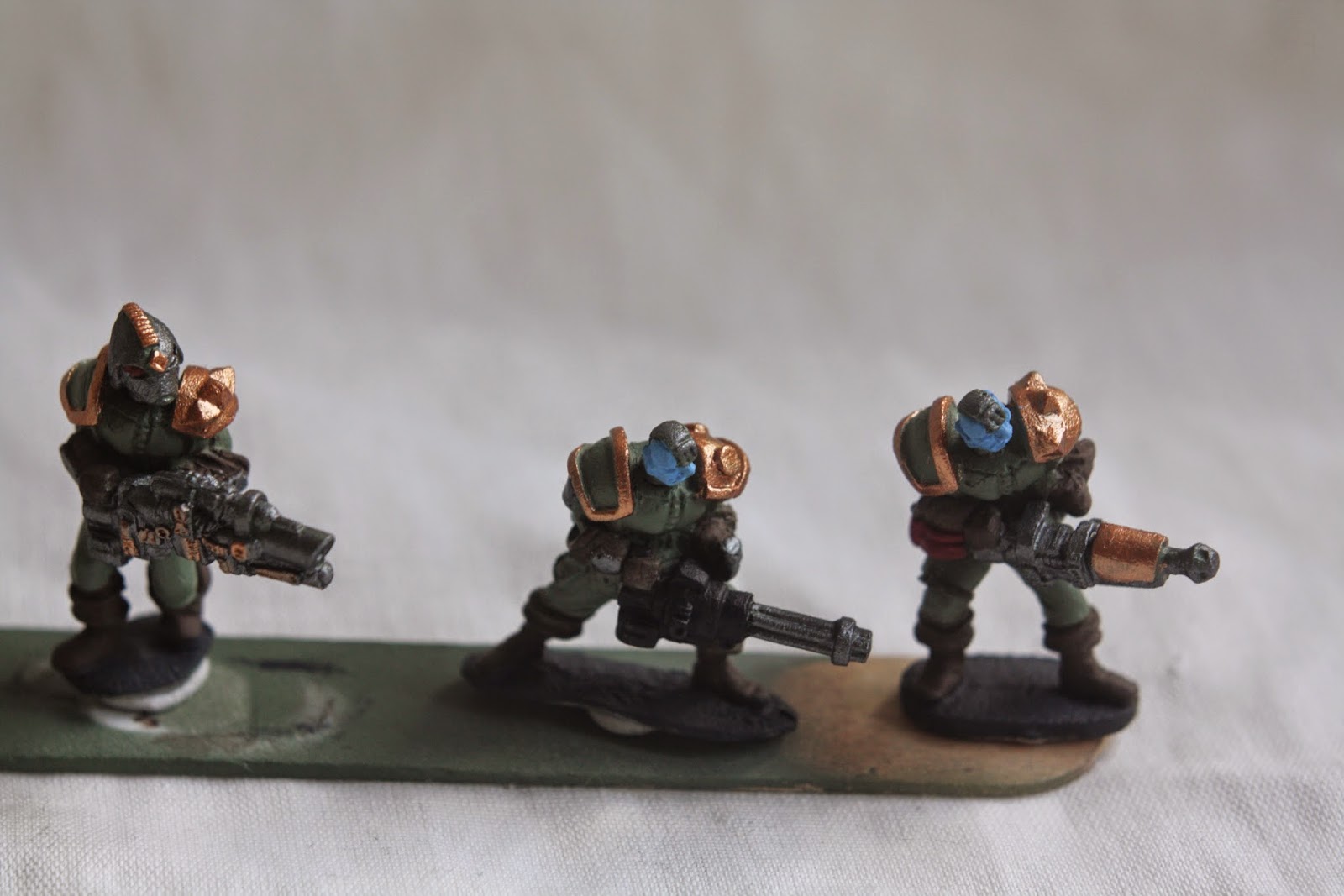 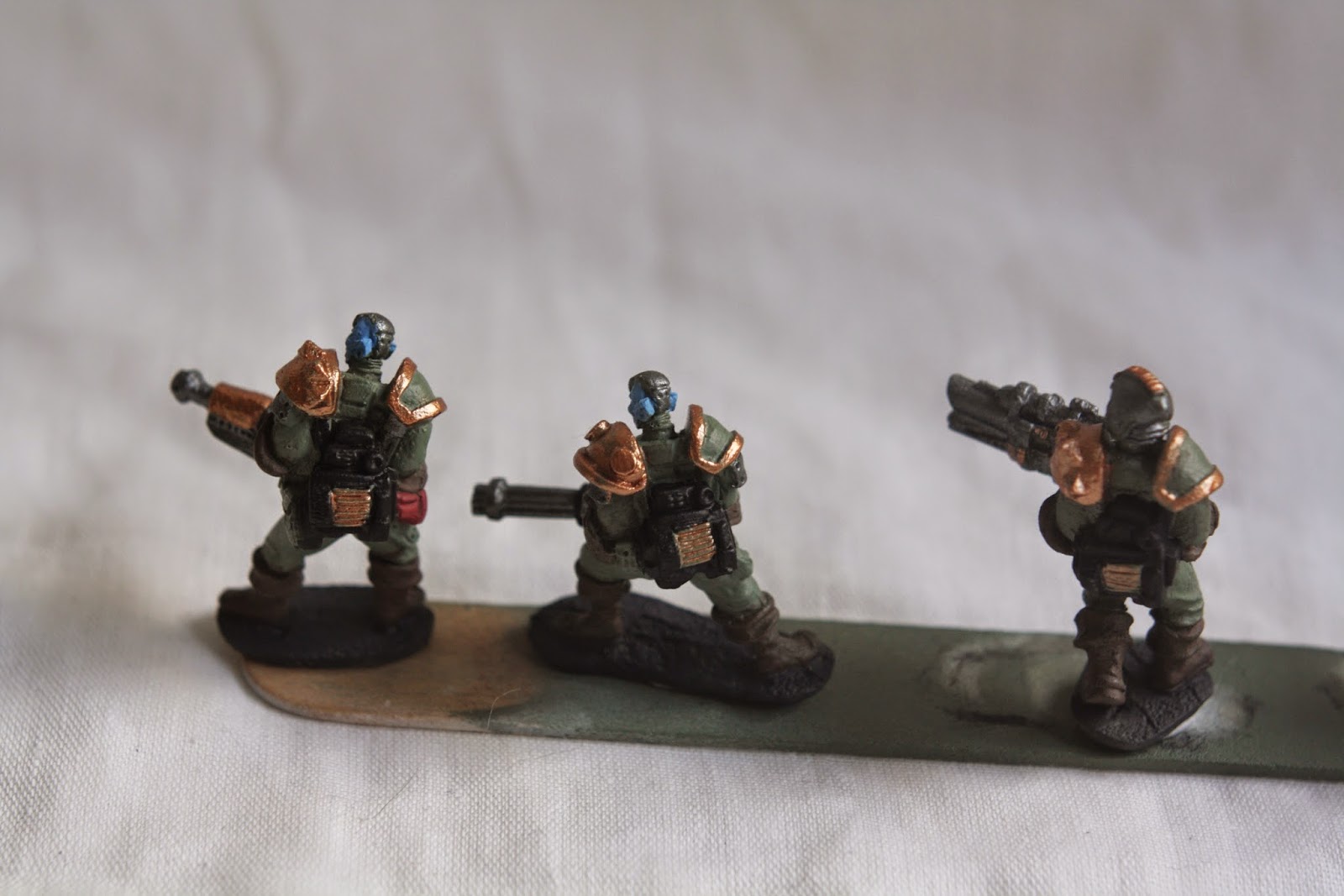 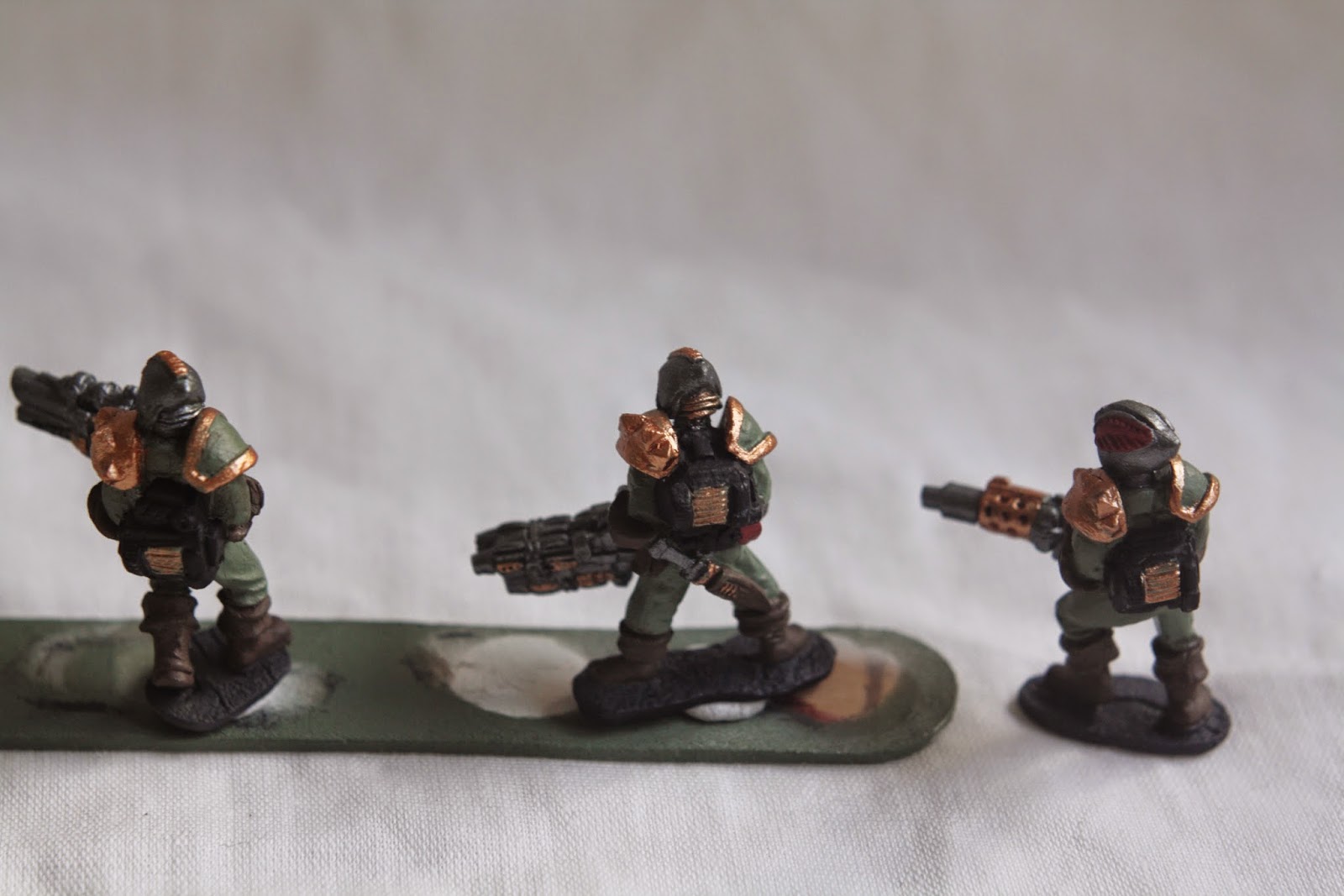 I also finished up the remaining Warlords. The full Group sports a broad selections of deadly weapons, from chainguns to Atomic distabilizers. The Legion now has plenty of heavy support! 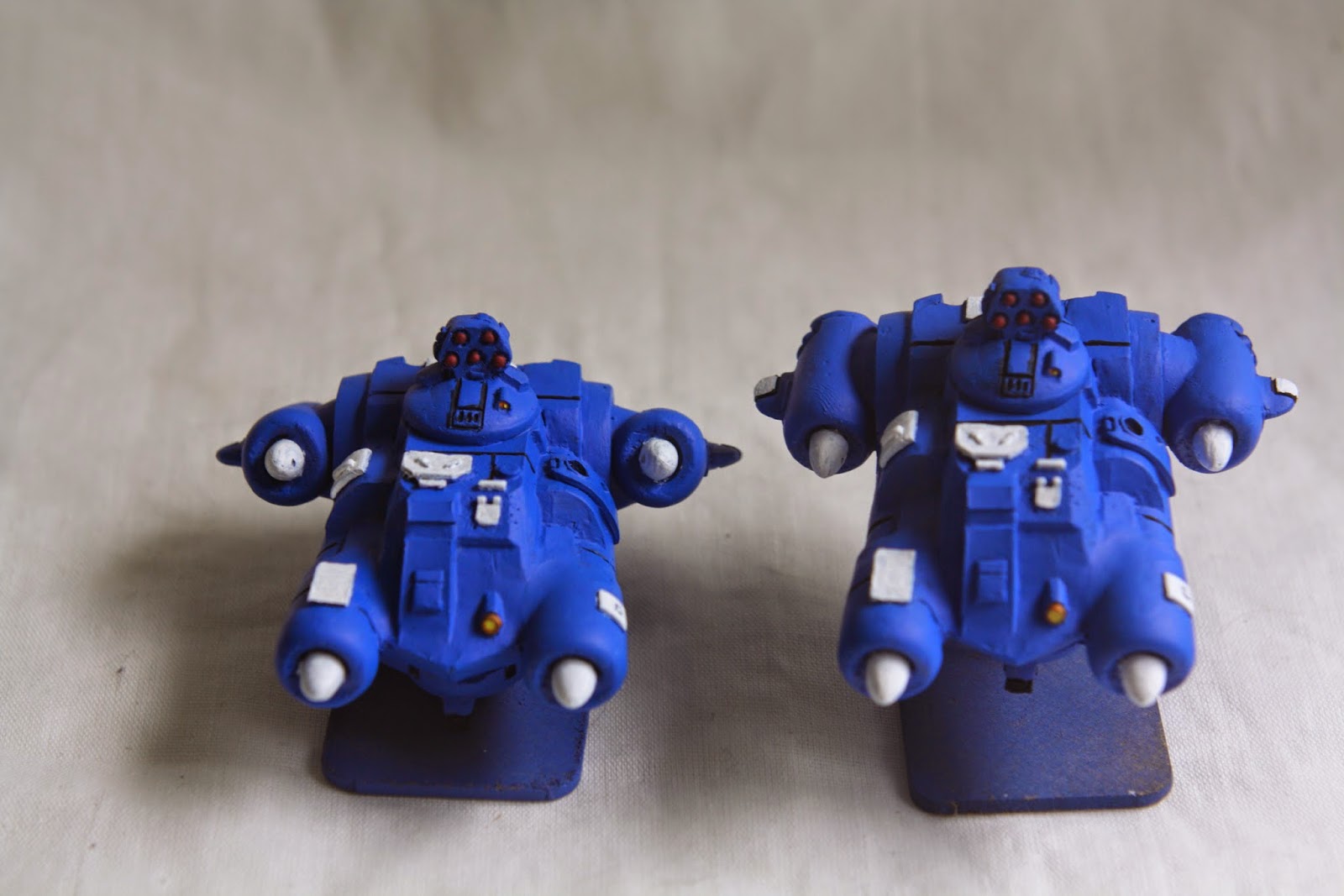 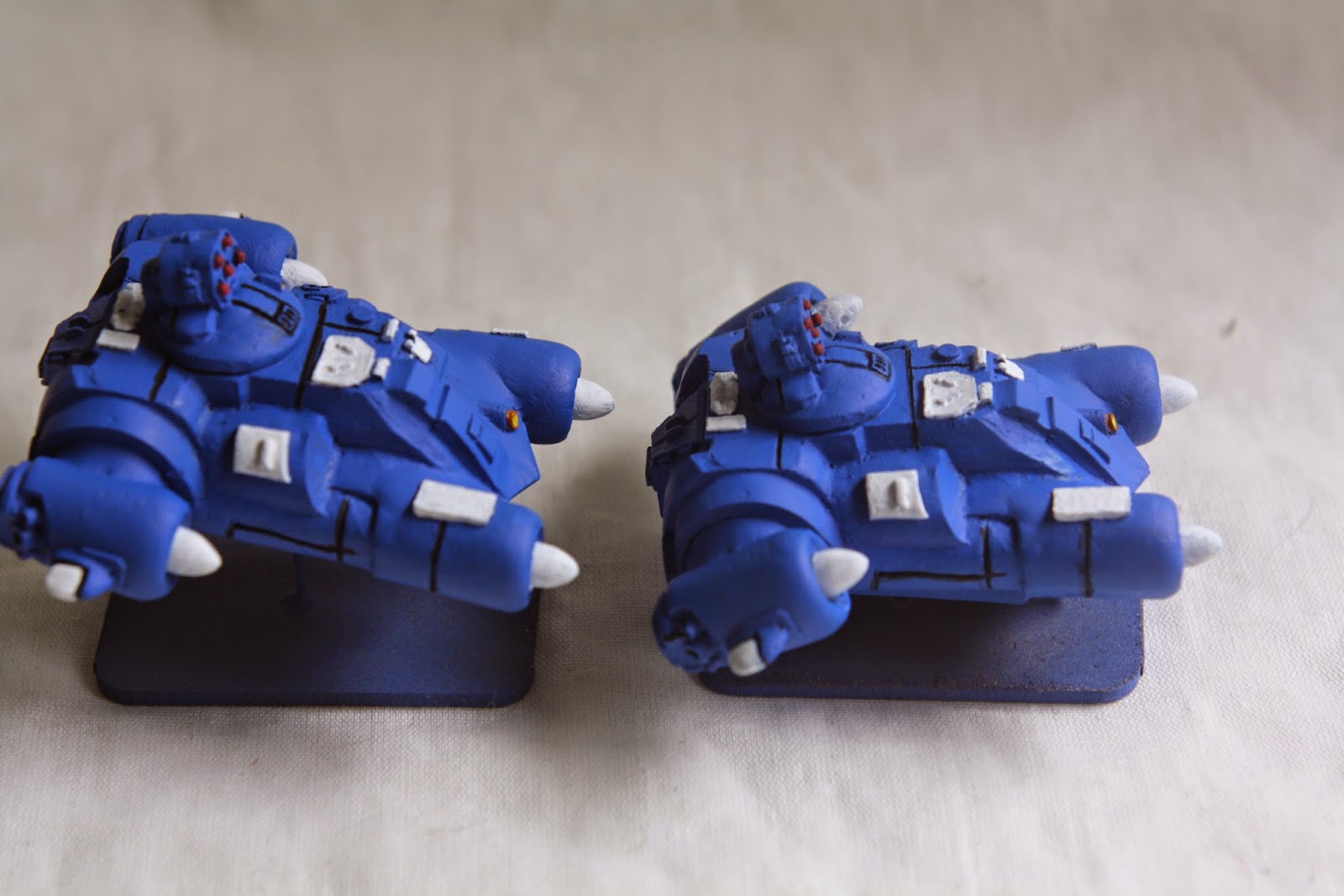 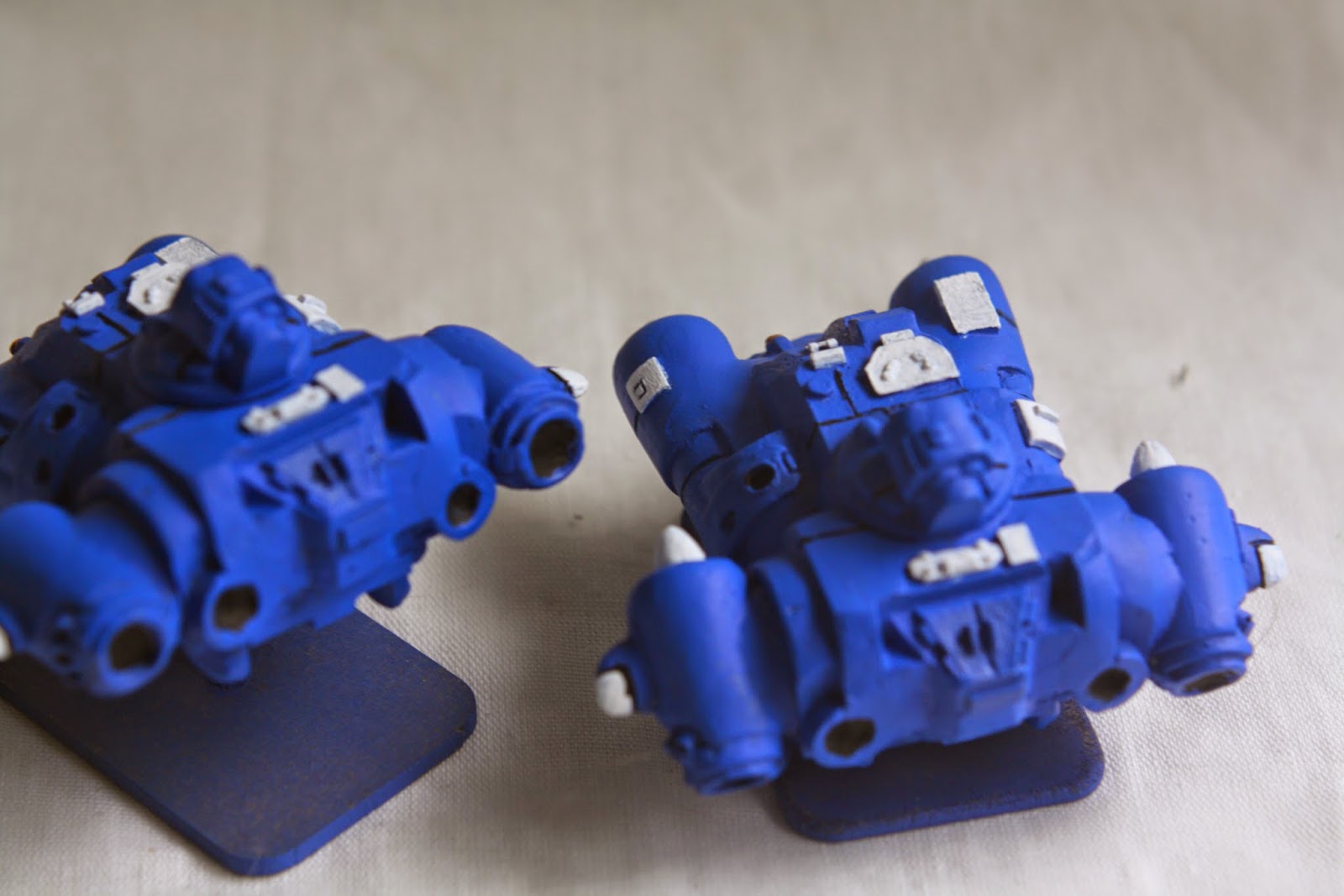 The last two Skylarks for the Galactic Marines, with the one I already painted up they now have armoured transport for the entire platoon. 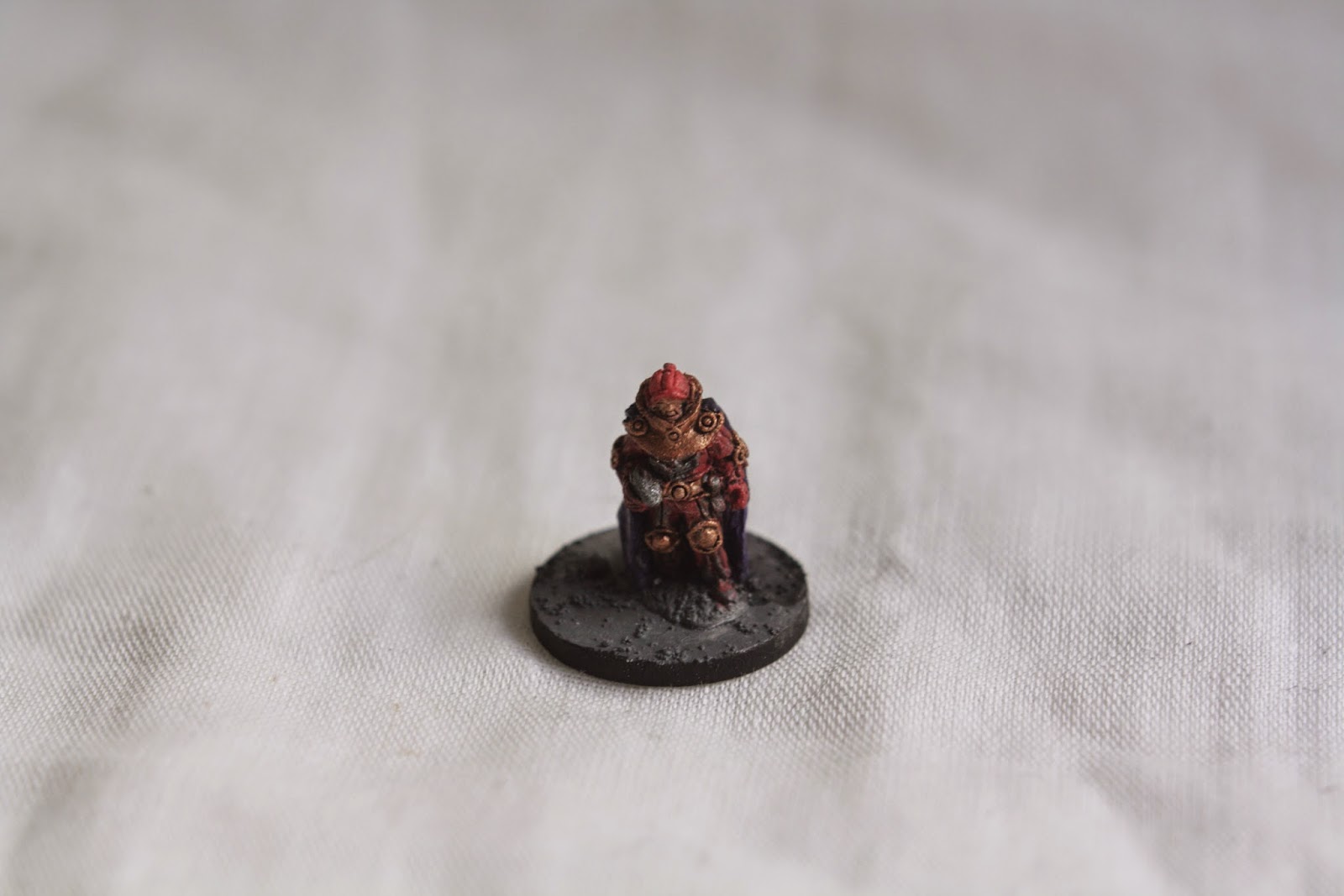 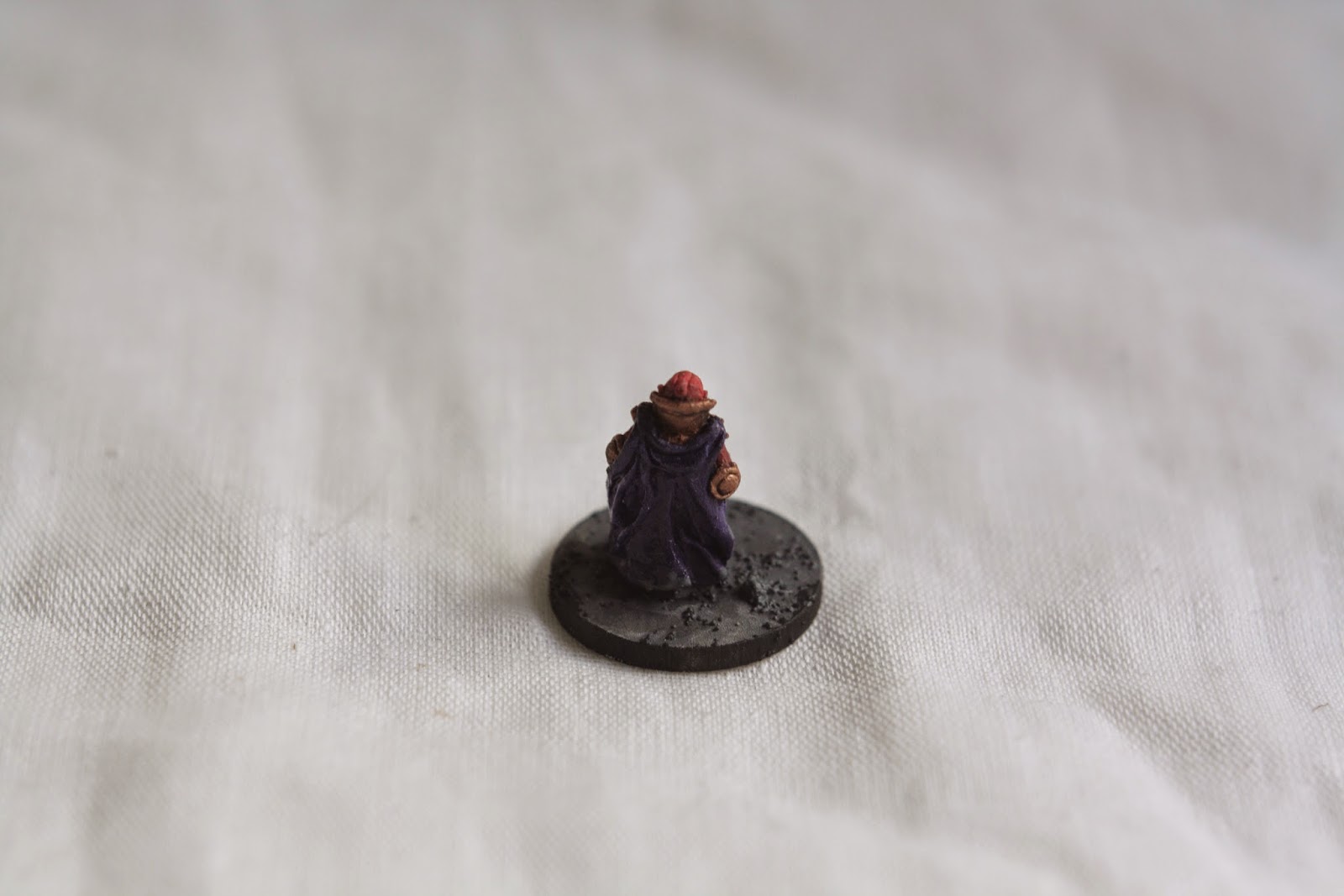 Last but not least, we have a senior officer of a mysterious empire the Galactic Marines will soon encounter.. What do they want? where did they come from? Questions to be answered soon..


This is it for now, as soon as I decide on a color for the small pre-fabs I built in a previous post they shall be painted, along with some Buildings that's been standing around for waay to long!

Hope you've enjoyed it!
Posted by Alexander Wasberg at 00:35