I haven't managed to post something in a few weeks now, because like a lot of us I easily slip into a new project before finishing an old one.

Around this time every year there is a smattering of video game releases that tends to take up quite a bit of my time and this year has been no exeption! But adding to my distractions, there has been a resurgence in my interest in 3D modeling.

I started a bit last summer but never really got anywhere, shelved the whole idea for the moment and forgot about it mostly. Until about 2 weeks ago.

I've been experimenting, to various degrees of success and have managed a few models I thought I'd share with you today. They are very basic and not too detailed, so don't get too exited; 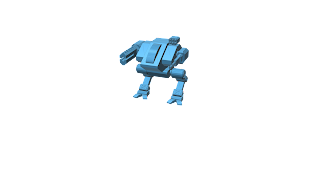 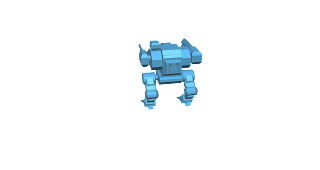 This is my first one, in it's 3rd reworking, since I was having some issue with certain aspects of it. A basic combat walker with a rail-cannon on the right side, a autocannon on the left and a missile box on the "shoulder", it's unnamed as of yet. 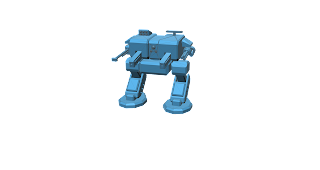 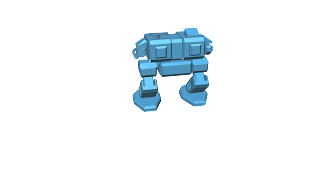 The second one I tried my hand at came out a bit better, as I had some more practice and more source material to look at before I started it. A heavy assault walker, it's as brutal and subtle as a charging rhino and so I call it the Boxmonster. It might get a more appropriate name, but it will suffice for now. 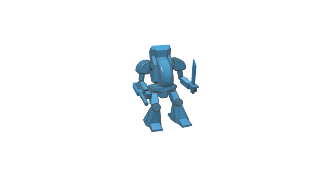 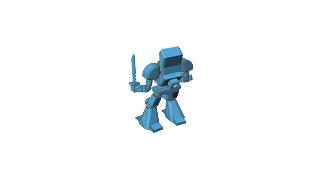 You can hardly have mech's without having at least one or two humanoid ones, right? I got the idea for this one from a number of sources, BT and the Eldar Wraithlord chief among them. The trickiest part if this whole model was the hands. I'm not too happy with them still, but for a first go they do ok. 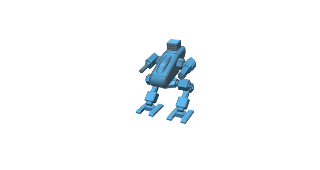 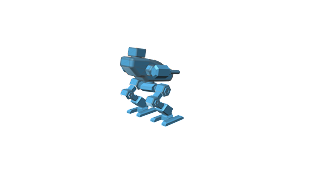 This last one is loosely based on the Cauldron-Born Omni-mech from BT, with some other elements thrown in there.


I'm thinking of printing at least some of these, so physical models might very well show up in the future.

Before I got myself tangled up in all this I was making some mechs using traditional sculpting as well as being in the process of modding a few EM-4 mechs. I haven't managed to get any paint (or even primer) on them yet, but I have a few naked shots I took with my phone: 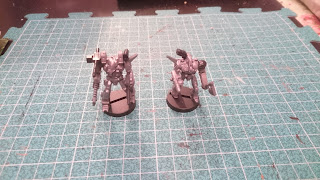 First we have the aforementioned EM-4 mechs. Raiding my bits box and grabbing the GS where necessary, I've turned two of the mechs into walking arsenals. Each of them got a close combat weapon too for good measure: A chainsaw instead of an arm for the left mech and a resculpted arm with an axe for the right one. 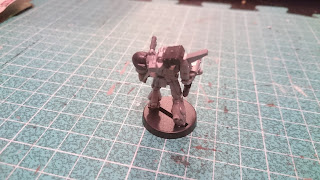 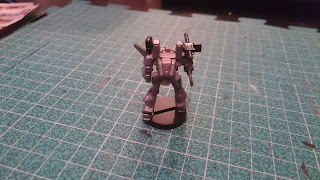 There is an individual shot of the back of both mechs, so you can see the other addition: the nozzles for their boosters/jumpjets. I know the picture quality makes it a bit hard to see, when I get some paint on them I will take some new ones! 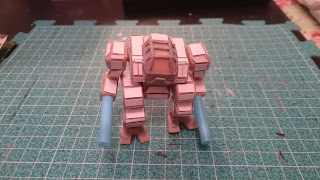 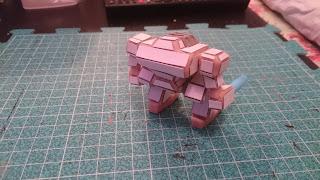 My first attempt at creating a mech in the style of the HW's cover. I'm not too impressed by my result, it looks a bit too clunky compared to the source. I had to make a few design decisions on some parts since you can only see parts of the stompy robot on the cover. Since I finished it up I will paint it, it might grow on me.. 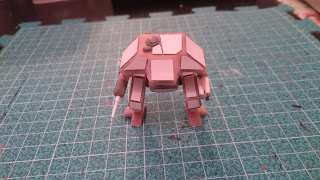 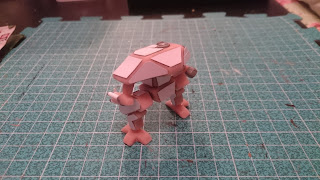 The second one is inspired by some of the mechs from the game Hawken. Armed with a auto-cannon and a tri-barrel rocket launcher, it's relies on speed and firepower over massive amounts of armor. This one came out fairly close to what I imagined and I might try to make a digital model of it as well.

I'll get back to most of these models in the future, painted and table-ready. I also hope to finish up the buildings from blotz.co.uk fairly soon.

Posted by Alexander Wasberg at 00:24