More 3mm, including building/objectives and some 6mm WiP

Inspired by some recent posts and reading of good books about BOLOs and the Slammers, I've made an effort to create some more stuff for the 3mm forces, as well as bring their numbers up to an even one for Laserstorm, my intended ruleset for future 3mm engagements.

I want to apologize in advance for the quality of some pics, they were taken with the mobile camera instead of the proper one.

First we have some new buildings: 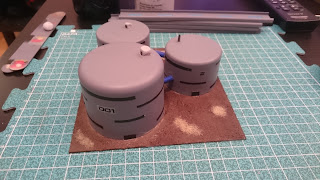 This big installation was meant to be some form of research facility, but by the time I finished it I realized it might well be suited as a hive-type small city. Or it could be just a REALLY large research facility. 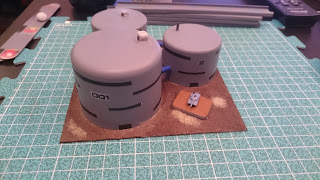 A CSA tank for scale. 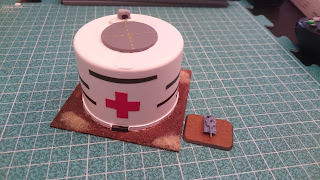 A hospital block. Again with the CSA for scale. 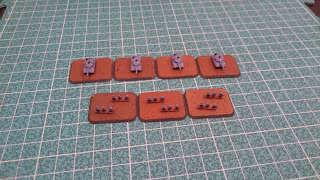 The CSA reinforcements, bringing the force up to 4 full MBT units and 2 full mechanized infantry units. 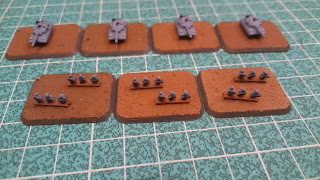 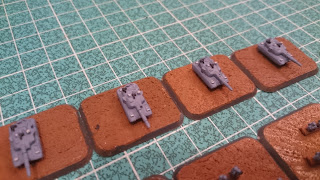 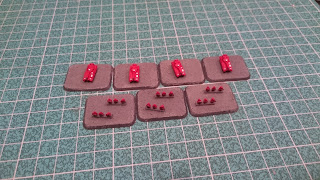 The OC's new recruits. They are likewise at 4 MBT units and 2 mechanized infantry units. 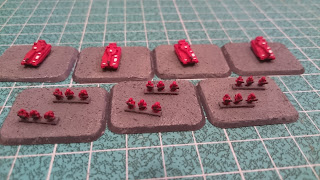 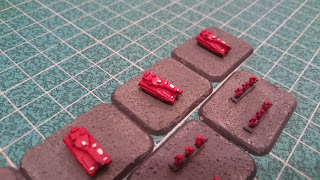 Both sides are about to get some super-heavy vehicles to act as their super weapons, not unlike BOLO's or OGRE's. My order from brigade just came in, now I get to do some minor conversion work to turn them into superweapons!


The 6mm offerings I've managed to finish so far is quite few, but I have some WiP pictures to show you for now: 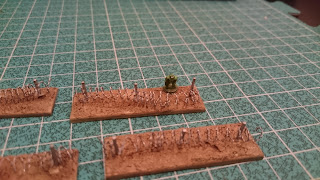 These barbed-wire fences from AB was a great buy, easy to assemble and they came out great. 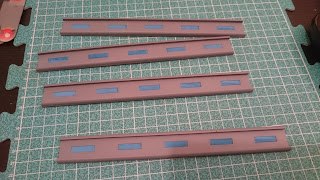 The mag-lev train tracks are the last piece I've finished for now. I hope to make a station for the train eventually, so my mecha can attack/defend it!

The last two pics are works in progress: 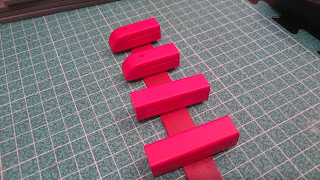 The train to go with the tracks. I resisted my first impulse of painting in a grey or green drab. Hopefully it will prove to be a more interesting choice. In addition to driving carsm I got the passenger car as well as a freight car (2nd from the bottom). 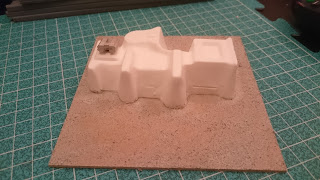 The last bit is the recently released secure outpost from AB. I thought to make it fit in with the offerings I already have from brigade, but we'll see how it turn out..


That's all I have to share for now, but soon there should be some pics of my Super-tanks for 3mm, and hopefully some finished train cars as well. There might be a mech or two on the way as well..
The next episode of Saga of Clarke will also happen soon, I promise!


Posted by Alexander Wasberg at 11:50