Having seen a bunch of posts that have inspired me these last few days, I decided to try and start up a new campaign of some sort. Clash on the Fringe seems like the most promising candidate, so there are a few new models for this project.
Since I always manage to paint more models than terrain, I've been trying to even things out a bit: 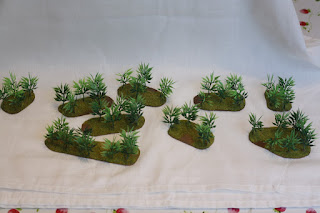 A bunch of forests, made from card and some parts of a soapdish from a local "dollar store". 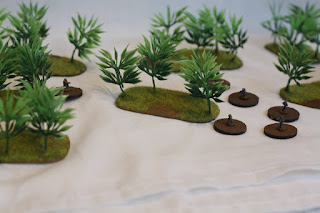 A few Unity soldiers going chasing a cloaked character through the woods. 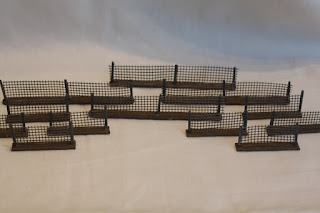 Some chainlink fences. The idea for these are shamelessly stolen from Yoshimi over at Daxio's Uneventful Day Blog, check his stuff out, it's great! 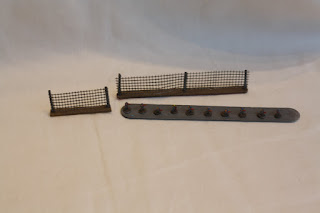 The same fences with a strip of Unity marines I'm about to finish up for scale. 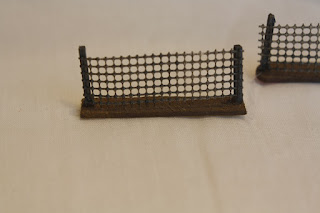 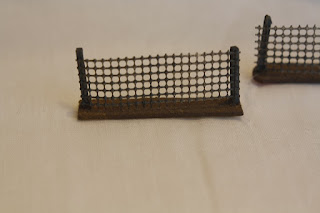 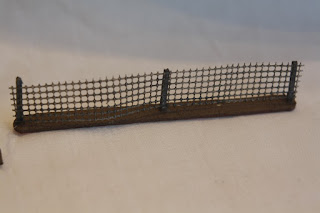 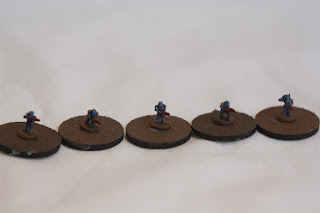 First of my Unity marines, the somewhat heavyhanded police/military/authorative presence on the Fringe. 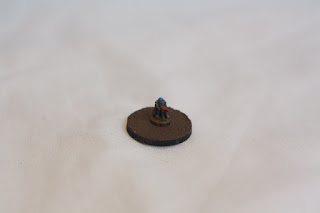 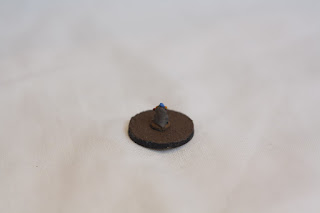 A mysterious cloaked warrior, formerly a member of the Unity Rangers based on his armor.
The most likely candidate for my protagonist in the upcoming campaign.

I've been thinking about some more combined arms games, but in 6mm. Having been re-introduced to Epic by a friend I have started to assemble an army that will serve as IG in Epic as well as one of the human armies for Future War Commander. 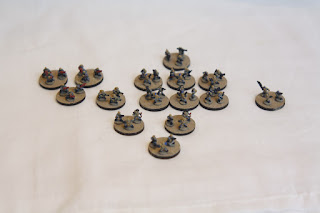 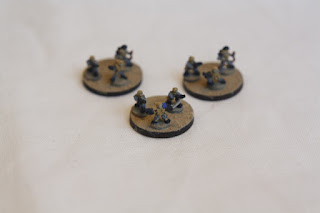 Command stands, the one with the blue pauldron is the force commander . 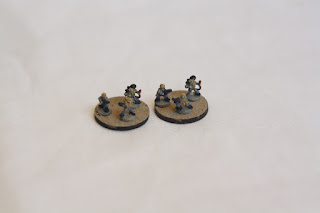 A better pic of the other command stands. 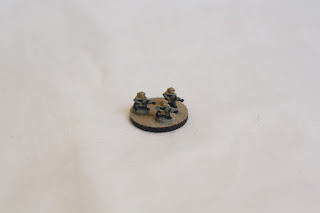 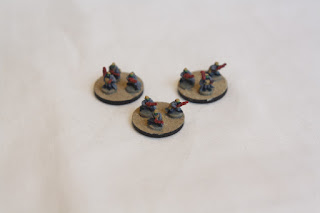 Stormtroopers. Whese guys will have some VTOL transports as well. 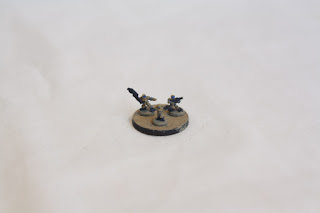 Special forces. Will most likely be regular infantry for Epic, but maybe commando's for FWC. 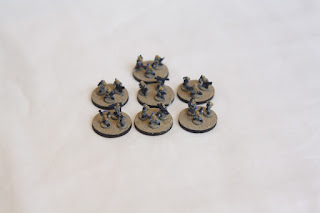 The poor bloody infantry, 7 bases so far, another 18 or so in the works. 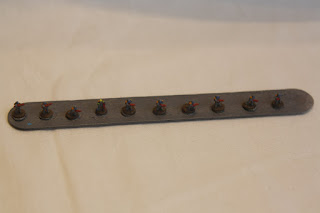 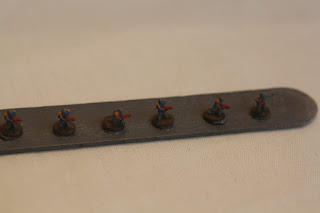 Some reinforcements for the Unity marines, bringing the total up to 3 full squads as soon as they are based. 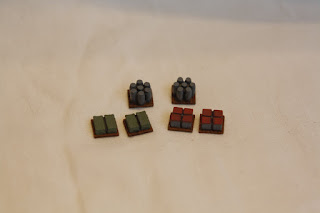 Finally, there is a few terrain pieces from Angel Barracks. Together with the landing pad I just ordered, these will make great additions to any colony!

This is all I have to show you for now, but there is 2 AAR's worth of photos waiting to be sorted through, and a few more 3mm terrain pieces as well.

Til next time!
Posted by Alexander Wasberg at 11:32