Setting up the last pieces for the next chapter, I now have what I think will be enough for the next outing and maybe even the one after that. 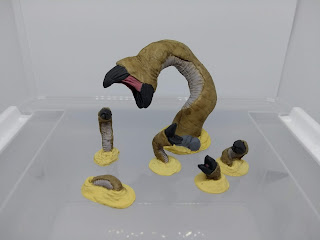 Mostly found in the deeper parts of the desert, the sand worms are a blight facing travelers. Hunting almost anything, these creatures use seismic and other senses poorly understood by the scholars of the human world to strike with unerring accuracy and ferocity. While deadly and territorial, the creatures are thankfully quite rare, or at least they used to be.. 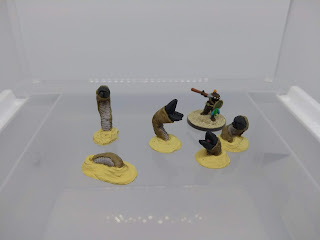 The worms are usually solitary and become quite territorial when grown, but the young have been observed hunting in small family packs untill they grow big enough to successfully hunt alone. Even at a young age the sand worms are often more than 10 feet long and strong enough to take down a man, however their senses are not as finely honed as their grown counterparts. 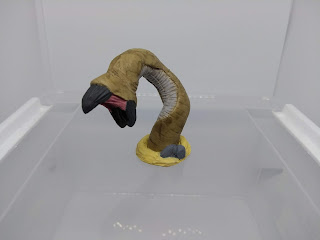 Adult worms are a force to be reckoned with, even for a mighty hero or unit of soldiers. With their crushing jaws and rock hard carapace, many have been turned into sustenance for the ravenous beast. Traveling under the sands, a favored tactic of the worm is to come up from below, devouring it's prey before it has a chance to fight back or flee. 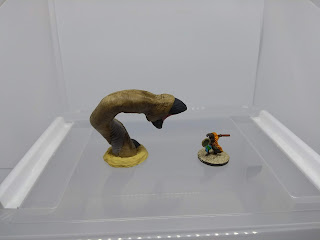 When they reach maturity, the sand worms usually measure 30 foot or more. Some desert tribes have claimed that ancient sand worms can be over a 100 feet long, but surely that is their superstitious minds exaggerating reality. 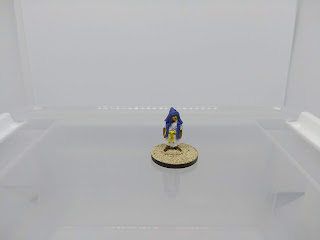 The priest of the local temple to the gods. When most people would cower and hide in the face of calamity and black omens, the priest beseeches the gods. With ancient rituals and secret spells passed down through the ages, he calls on his divine patrons to lend aid, wisdom or vengance upon those who would harm his flock. 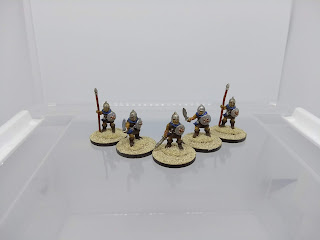 The local guardsmen of Biru Kutha. Recruited from the men-folk of the small town and paid from the town treasury, of which the merchant Miklos is master, the guardsmen usually keep the peace and make sure that justice and order is upheld. Now they have gone missing however.. 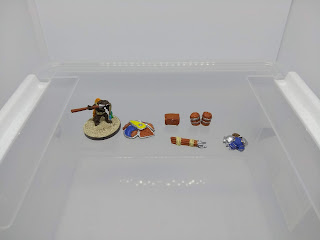 Lastly we have some of the great mechant's wares. Barrels of oils and wine, a chest of various valuables, as well as arms and armor both for sale and for the replenishing of the guards equipment.


This is all that I have for now, but soon there should be another chapter in the Tale of the Wandering Slayer.

Til next time!
Posted by Alexander Wasberg at 22:32