The Gargant class Super-Heavies roll in

Ever since I finished up my initial units of the NIJA and USS for use with laserstorm and other "big battle" rules, I've felt that the USS needed some heavy firepower too as they didn't come with super-heavy tanks like the NIJA (who have 9 of them to date!).

So when I ordered the chassis used for making the Mk I Cybertank I got a few other pieces as well, most pertinent for this post was of course the USS super-heavies. 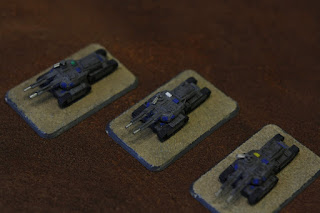 Here they are in all their glory, the USS Gargant-class super-heavy tank. An initial order of 3 units, all set to operate individually, just arrived. 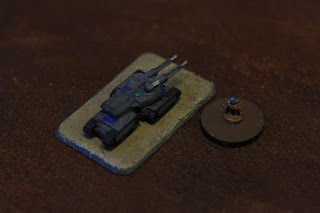 A local bounty hunter happened to be handy to demonstrate the scale of this beast.. 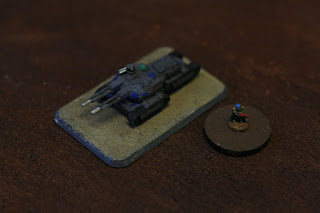 ..And once more, with guns facing forward. 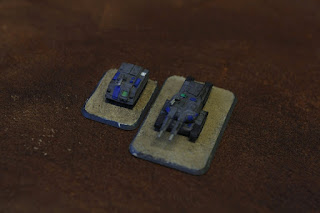 Here is a pic of a Gargant next to a USS apc, to show off the difference in size.

I'm trying to squeeze in a few more games and updates before I go to Japan, and I have managed to play the final game in the current story arc of the Saga of Clarke. I hope to upload it soon.
I also have a game planned with both the Cybertanks and my 6mm mecha, but we'll have to see what I find the time for.

Posted by Alexander Wasberg at 00:20