Cleanin' up the streets

Some time ago I received some items from Khurasan minis, and now, with the exeption of the big pieces, they're done! 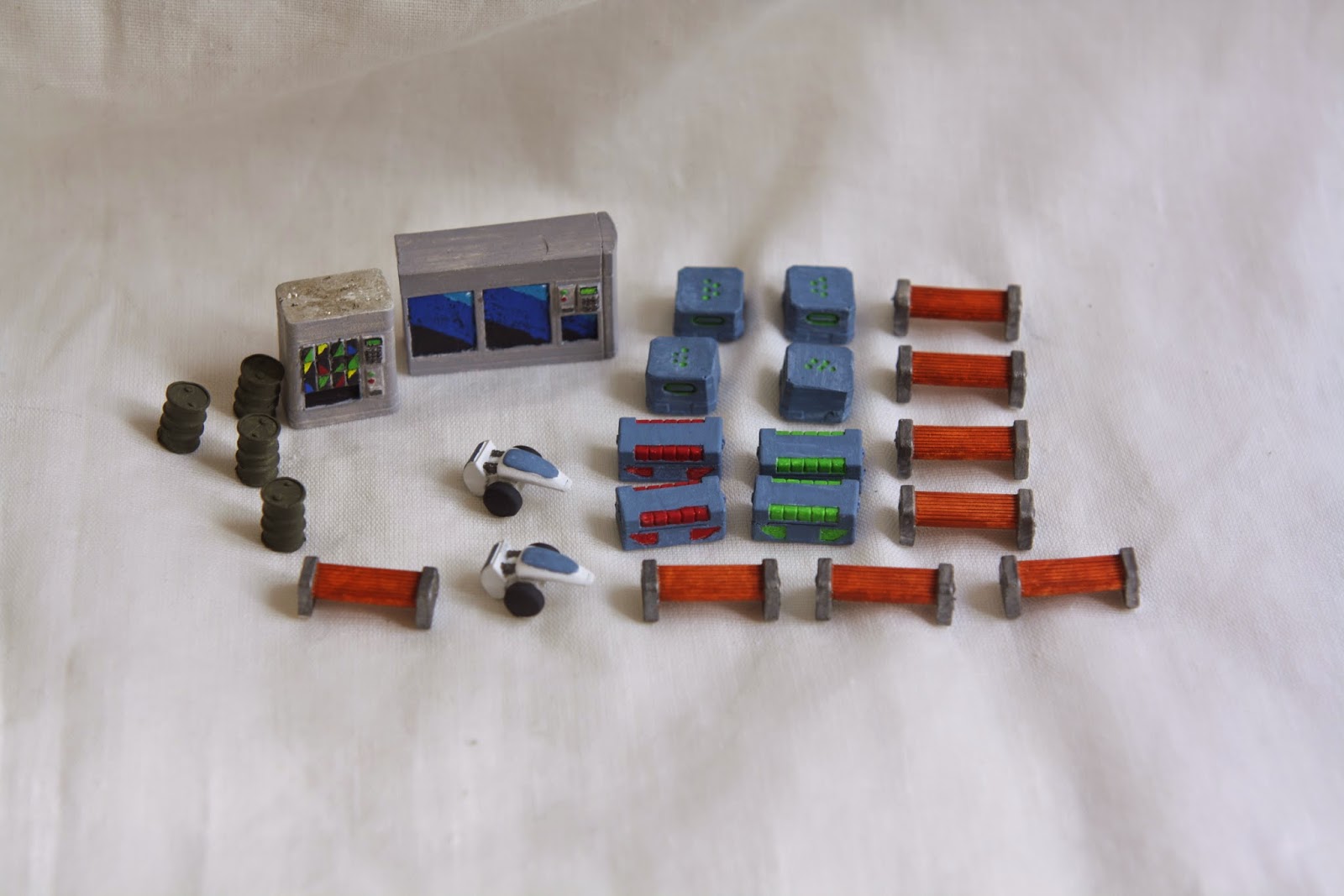 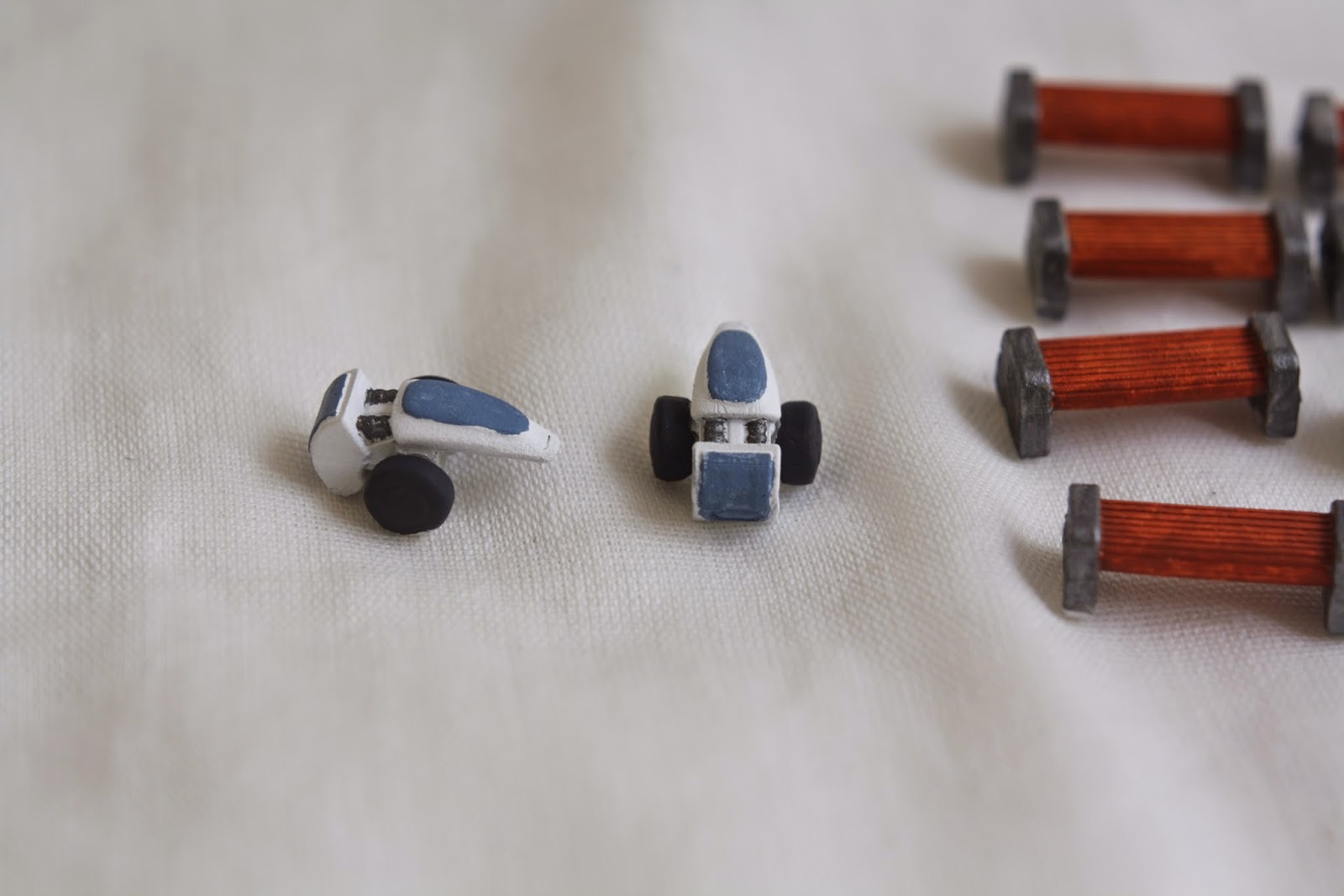 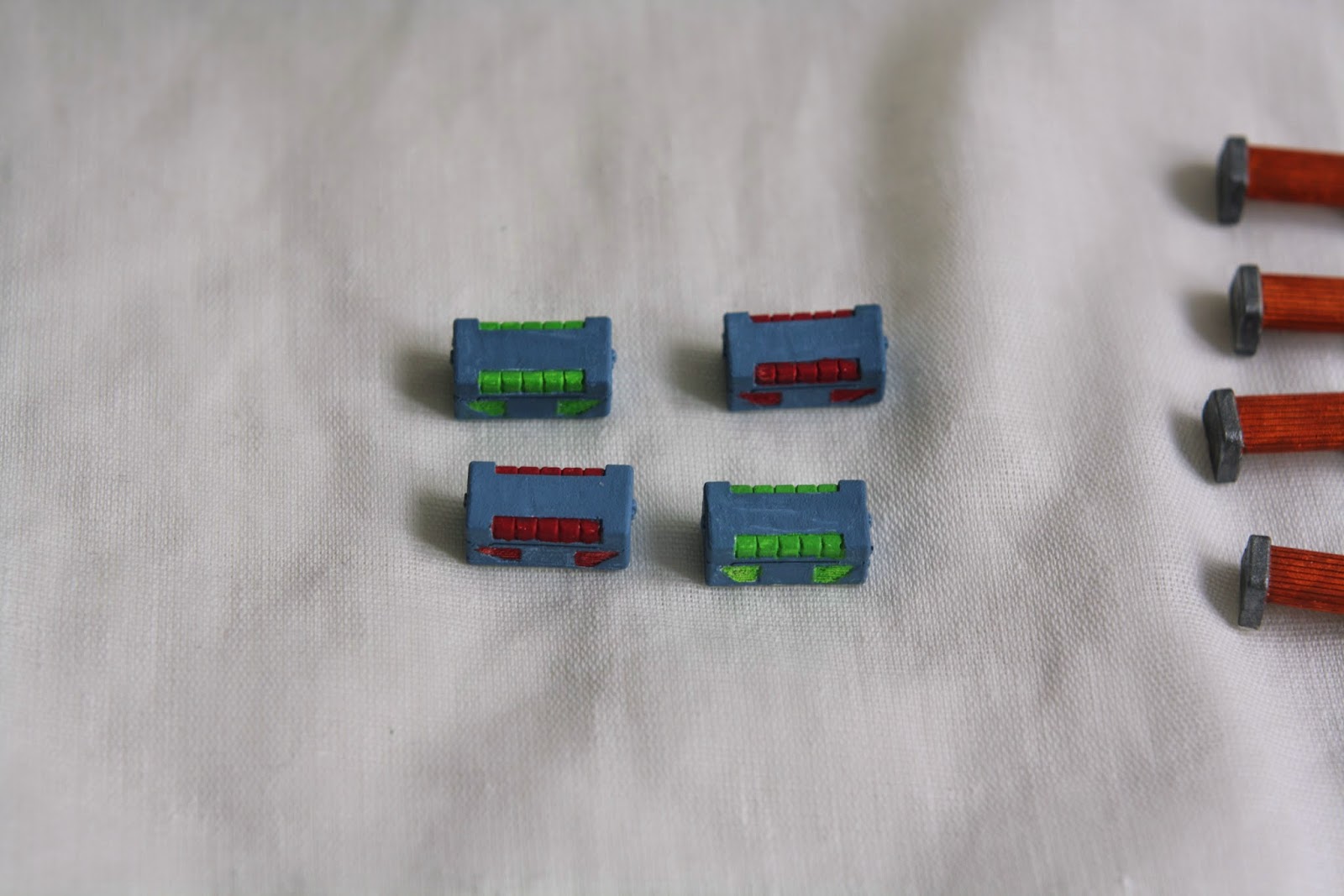 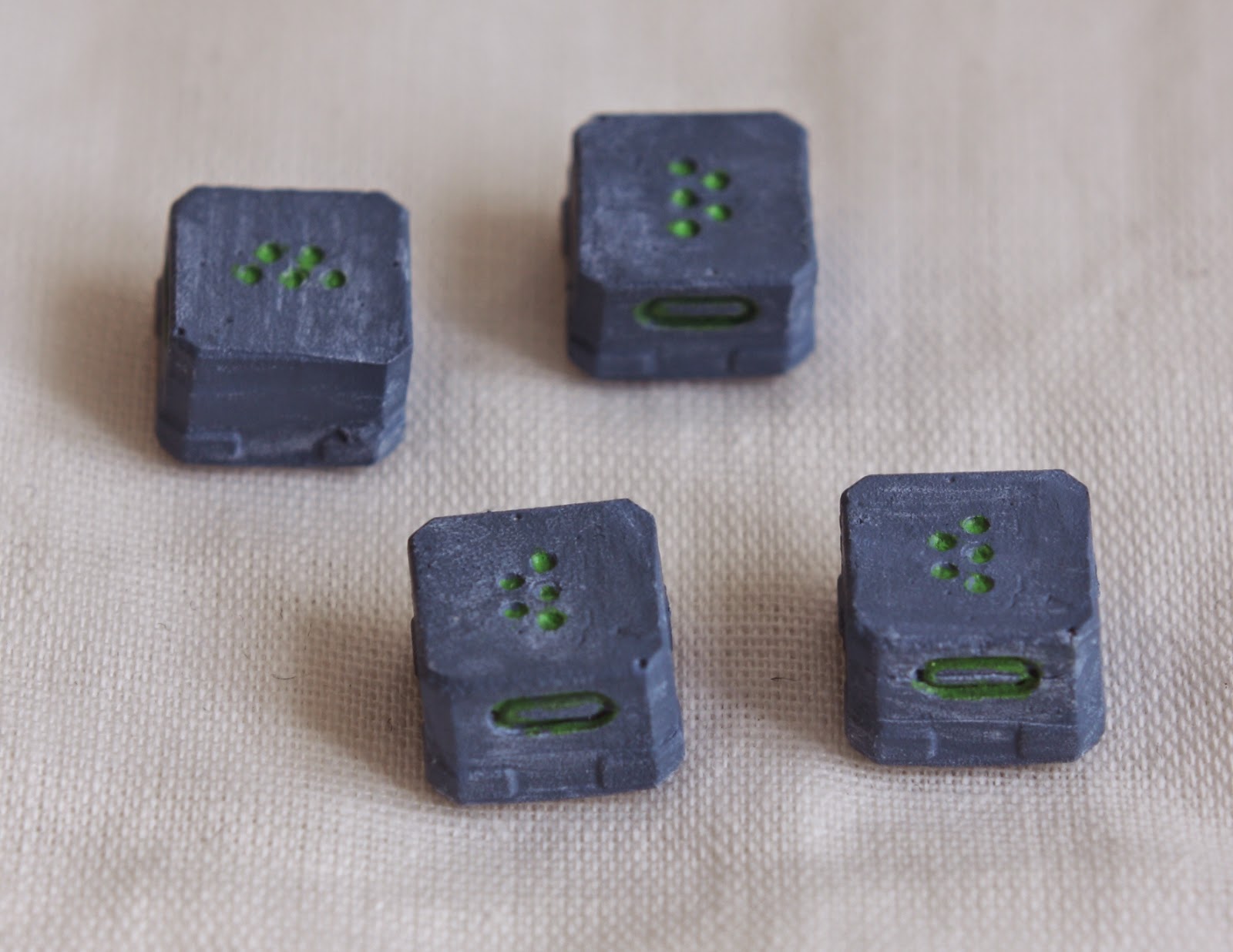 Some containers and boxes, but not like the ones you know, because these are in spaaace...
The top four were painted in red and green to represent unlocked (green) and locked (red) storage/Equipment containers. 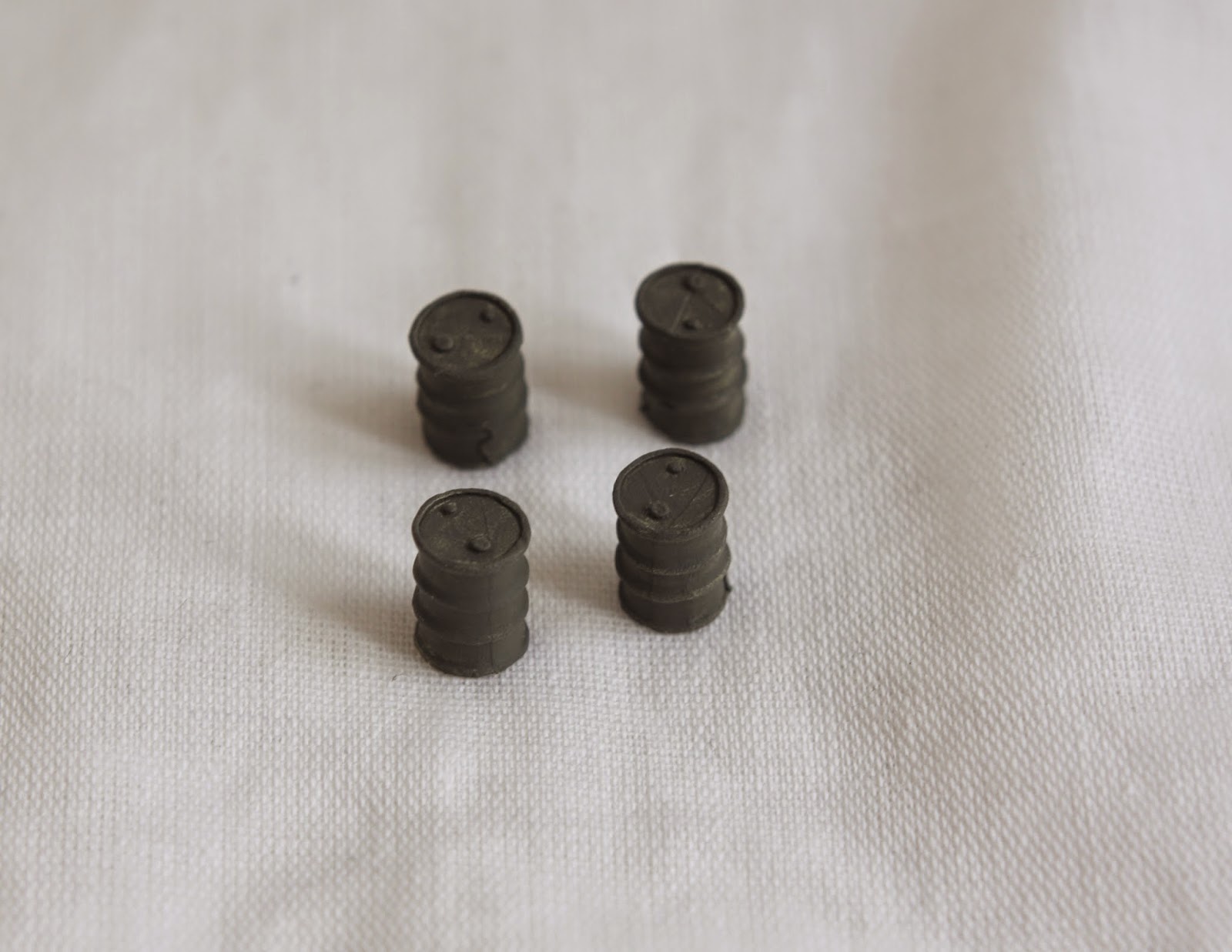 Oil drums, for some of the skinny fighters to hide behind. And for bums to light fires in. 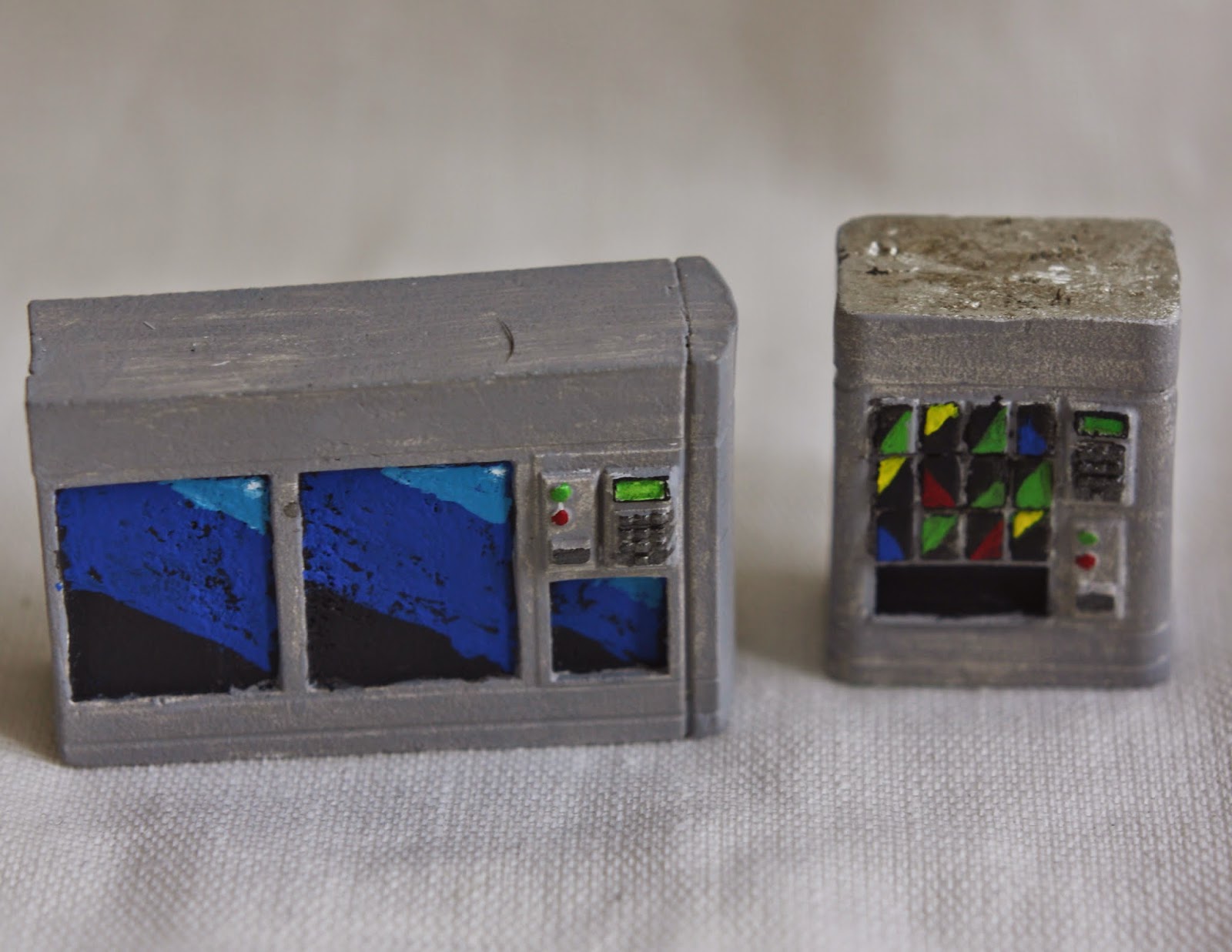 Vending Machines: because even even mass-murdering aliens might get the munchies..
(I know I missed the top of the right one, I only realized that it upside down on my painting stick after I took the photos..)
Once again expanding my already needlessly large pool of mid-tech human grunts, I painted up some Rebel Earthforce Marines this week as well..
To be honest I really just wanted to paint the HAMR suits, but I figured they might as well get some ground-pounders as well :) 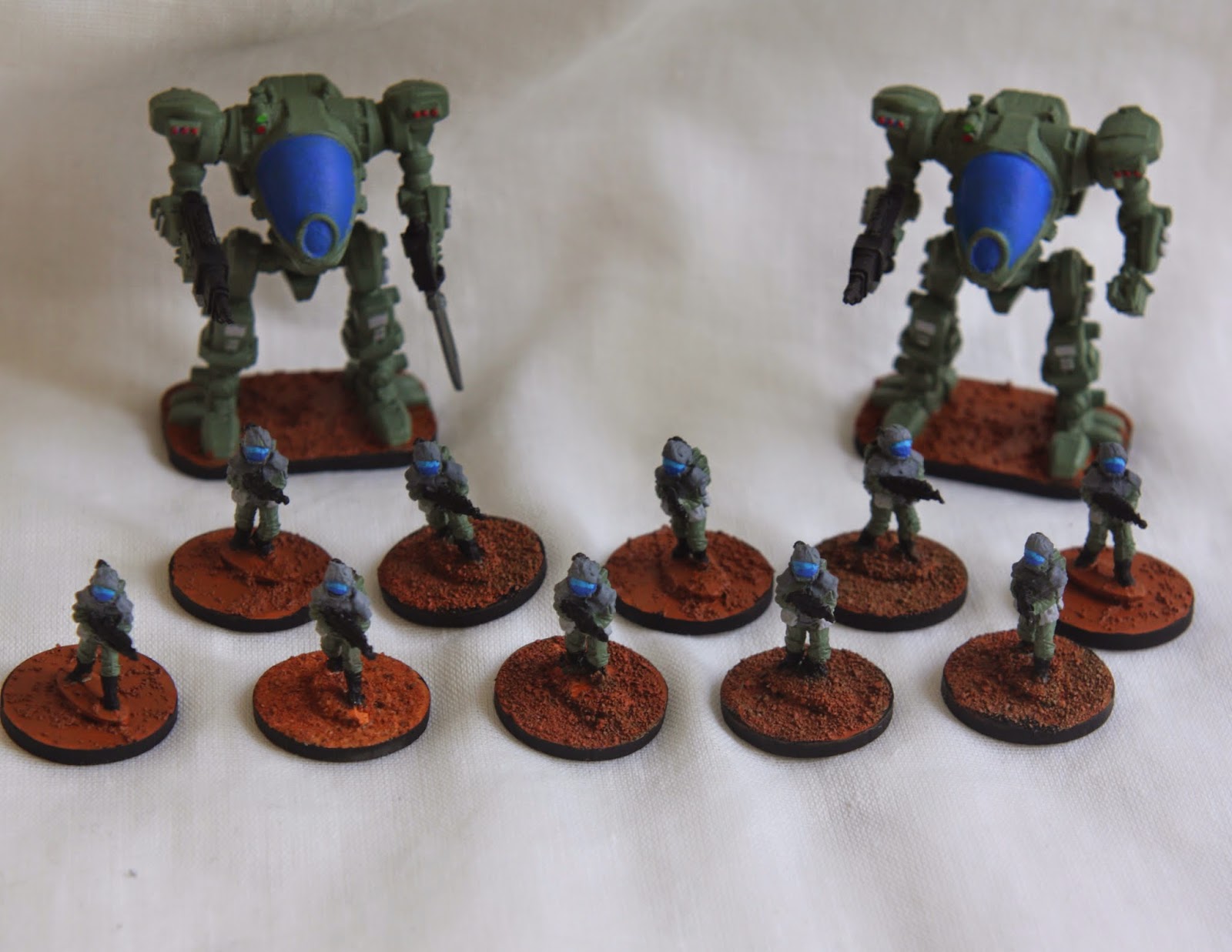 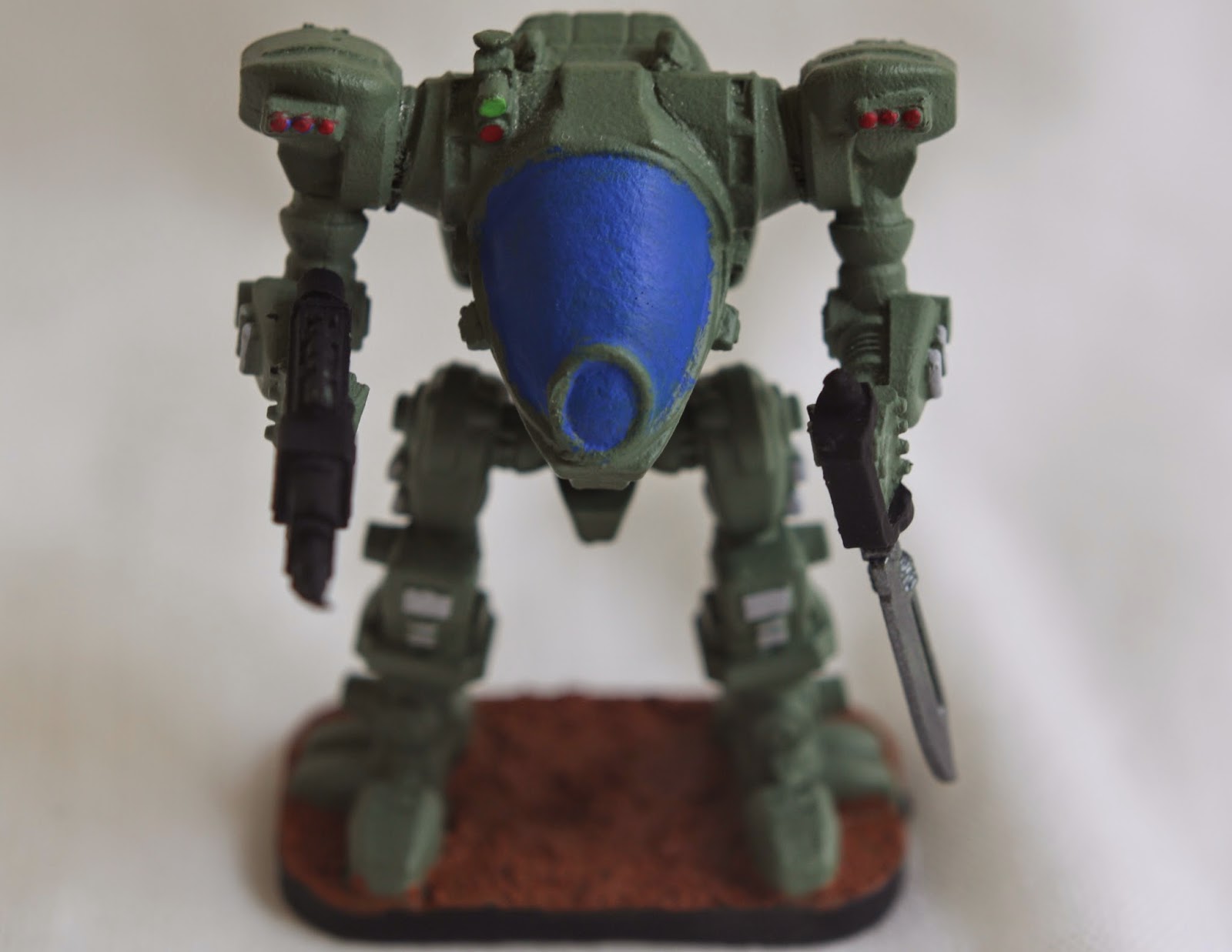 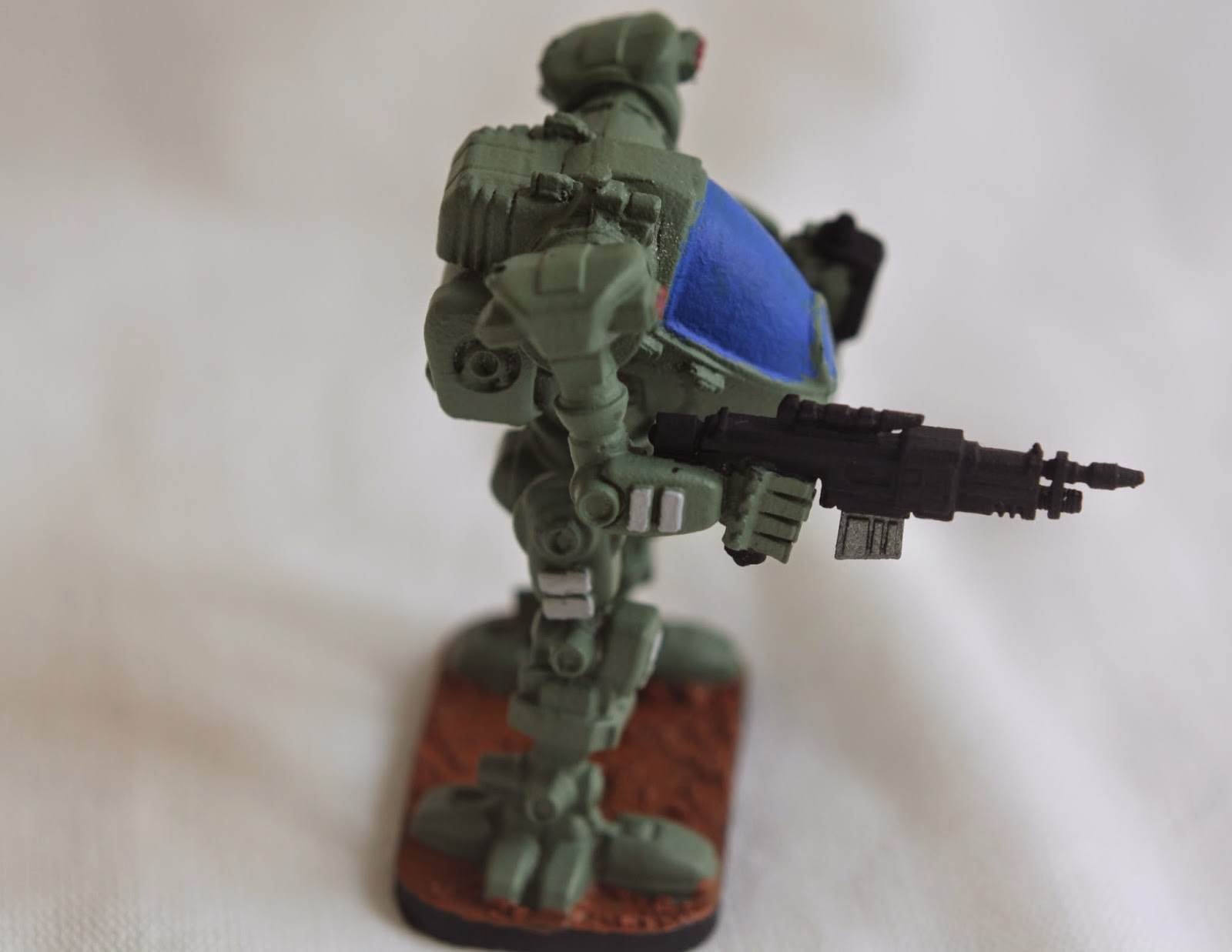 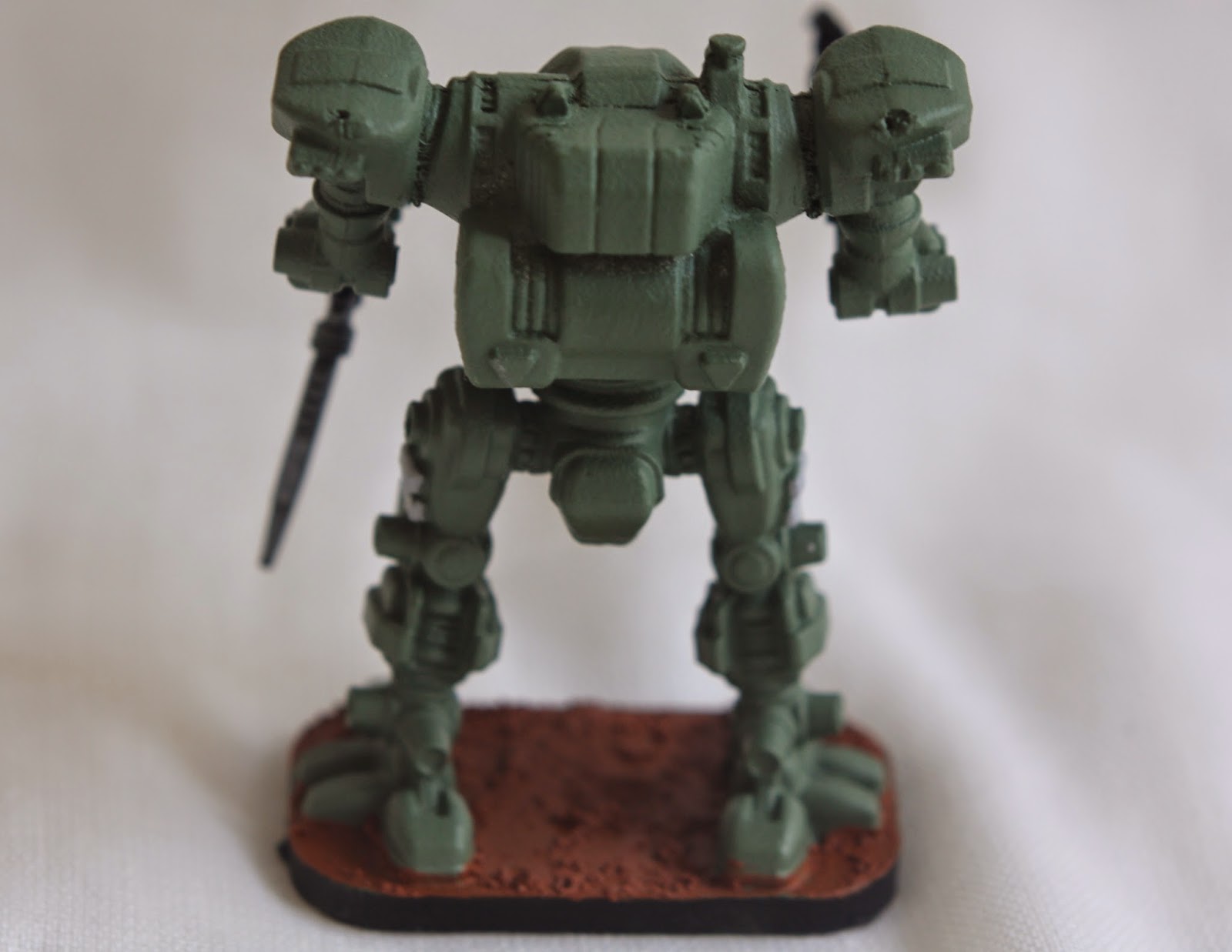 I have some more 15mm sci-fi in my queue, some terrain and 15mm fantasy adventurers.
Til next time!
﻿
Posted by Alexander Wasberg at 11:52