My is attention being pulled in all sorts of directions right now and therefore I've decided to make a single update post today, showing off the current state of things on my workbench.


First up is the terrain tiles and some of the buildings for them: 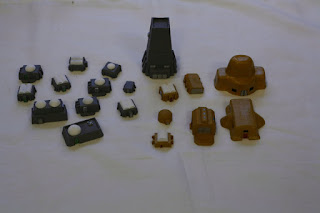 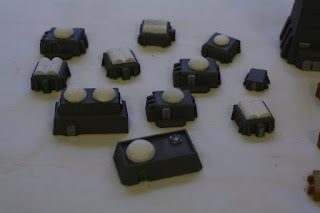 Most of these are intended for the south-eastern parts of the slums, which will be the next tile to be completed. 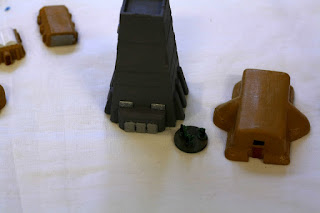 The grey tower is part of tile 7, a business and commercial district. As usual the Zephyr infantry stands in for scale. 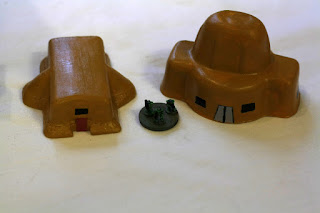 Unlike the rest of the buildings shown, these are not from brigade, but rather home made pieces cast in plaster. While they aren't as pretty as the brigade ones, they look a bit different and adds a feeling of shoddy and haphazard placement and style to the slum. 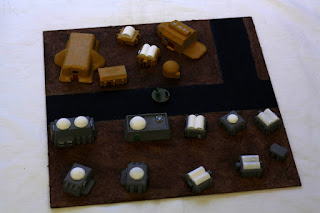 The 6th tile with some of the buildings in place for a possible layout. 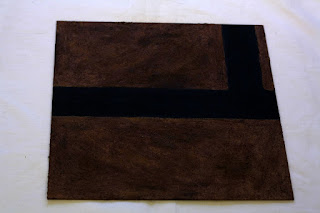 The same tile without any buildings, letting me decide on layouts and even function from game to game, just like the other tiles. 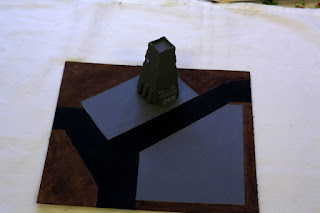 The 7th tile. So far there is only the brigade tower here, but I'm working on a few highrises to fill out the gaps. 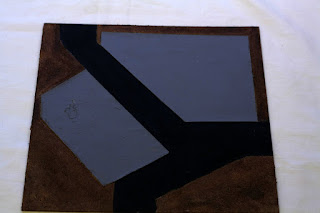 The same tile without the tower.

While I haven't had the time to do more than a cursory test of the space movement mechanic for Horizon Wars, I have managed to find some time here and there to paint up the scratch-built mechs I made for this project.
Technically some form of exoarmor or large power armor in 6mm, I intend to use the mech rules for creating the statlines for them. There are also carriers being constructed for both forces, but I haven't finished either of them to the point that I have much to share just yet.

First we have the NIJA SADU exoarmor: 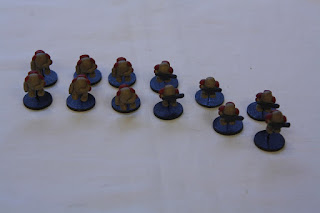 Inspired by Ma.K, these suits are retro-looking, but don't let that fool you. Even though the Class one and two exoarmor looks like an ancient design, they are stuffed full of modern sensors, weapons and defensive systems. 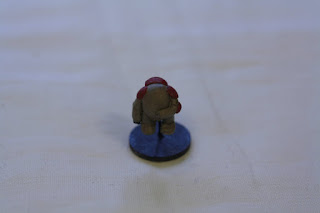 The class two is the main fighting unit. Both taller and wider than the class one, these suits are less specialized and easier to use that the first prototype. Advanced ceramic armor with self-sealing nano-foam protects the pilot, while the right arm carries a high-powered pulse laser to defeat enemy armor. 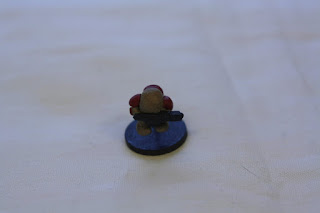 The first unit to be taken from prototype to full production was the class one. Smaller and more advanced than the later class 2, these suits are given to more experienced pilots as they are harder to handle. Using the same type of armor as the C2, the C1 does carry a advanced ECM and is armed with a higher intensity laser cannon compared to the line unit. This, together with it's smaller size,  is quickly making it a favorite among special forces and scouting units.

While the SADU's exoarmor project is impressive, their current adversary, the USS have not been idle: 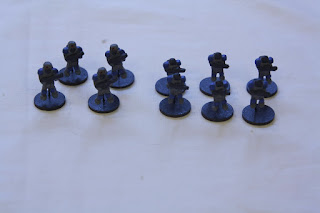 Working with their bigger terrestrial mechs as a blueprint, their engineers have managed to create two fighting suits of their own. Roughly the same size as their SADU counterparts, the USS designs are much more traditional in nature. 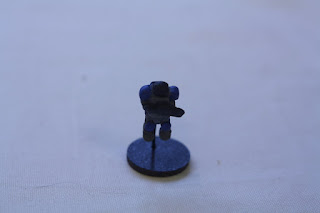 The USS line model, the Trooper exoarmor. A versatile unit, designed to handle any number of situations. Covered in advanced composite armor and armed with either laser or kinetic rifle, the trooper can put up a fight against even the best the NIJA has to offer. 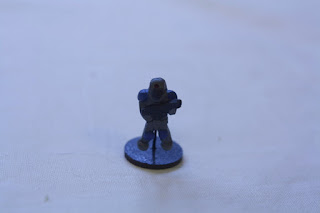 Backing up the line units are the Brute exoarmors. Bigger and with a significantly bigger powerplant, the brutes carry heavier versions of the trooper weapon systems, as well as upgraded ECM, heavier armor and improved sensors.
Primarly employed to thoughen up regular units, it's not too uncommon to see them converted to command suits. Some agressive commanders have even been known to deploy all-brute formations to crack particularly hard targets.


Last but not least, I have managed to finish up the paint on the first two of some mech I built a few weeks back: 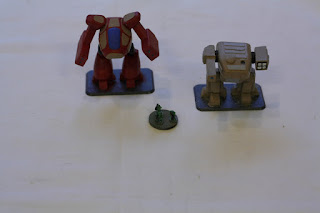 The mechs, with a Zephyr unit for scale as ususal. I painted them up for the SADU (on the left) and Burke's Iron Men (on the right). 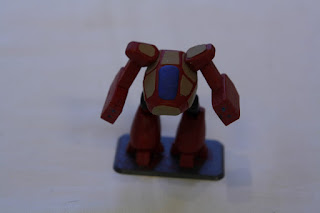 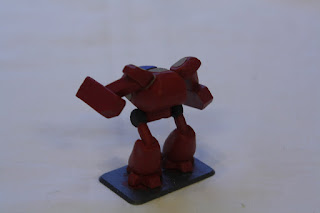 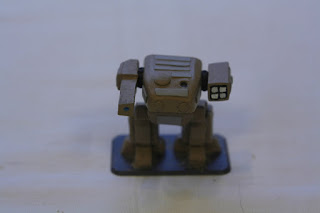 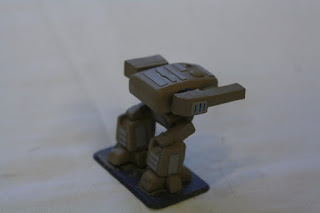 Staying in the walker-style of mech, the second mech is also a big one, but more of a hodge-podge of design ideas from all sorts of sources (Battletech being in there, of course!). With a missile launcher and a long-barreled energy cannon, it's a versatile fighter.


So that is what I had for you today. I'm hoping I might finish at least one of the spacecraft before I leave for my vacation in two weeks, but seeing as the new Legend of Zelda was just released, we'll just have to see how far I get..

Posted by Alexander Wasberg at 23:30