New terrain boards project; no4 all finished, and the first GSRs painted

Last week I finished up the 4th of the new terrain tiles.

Now that I've got a basic technique down, I just have to finish up all the remaining ones! 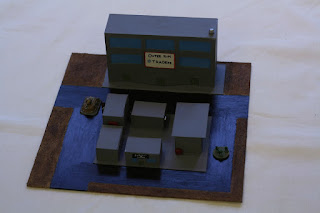 The 4th tile is a downtown commercial district, home to various shops and the giant Outer Rim Traders. 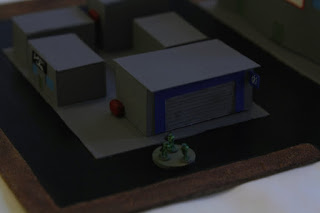 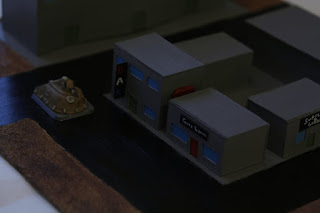 Workshops for repairing equipment and vehicles share the space with smaller businesses and local drinking holes. 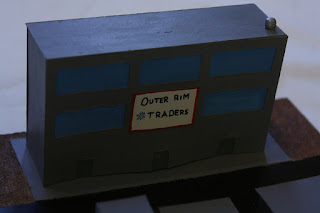 ORT is a fairly big deal on the fringe worlds, often the biggest (and sometimes only) supplier of all necesseties for colonial life, from basic food and supplies to OKI-corp MHU and other modular structures. 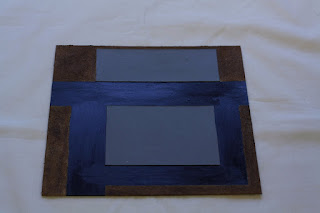 The tiles can be cleared and rebuilt in any number of ways, limited only by the amout of different structures I scrounge up/build! 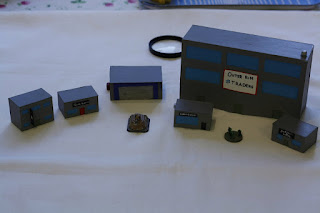 Here's a shot of the buildings sans tile with my usual scale models to show off their size.

I don't have a sneak-peek of the next tile ready just yet, as I have yet to get get started. My giant robots have taken quite a bit of my time..

I also managed to finish up the paintjobs on the first two Giant Stompy Robots I showed in the last post: 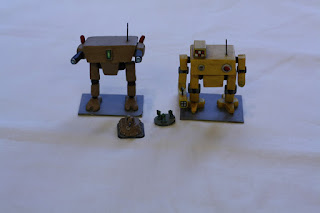 The mechs, with the usual scale-crew . 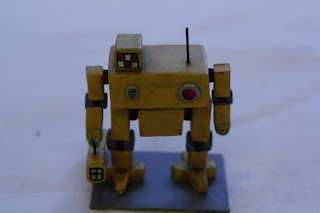 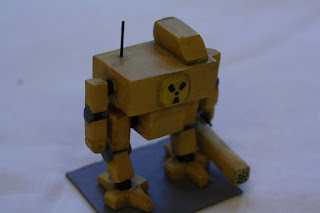 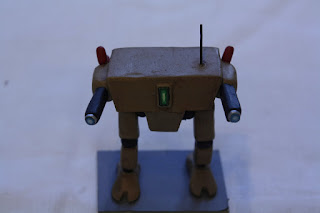 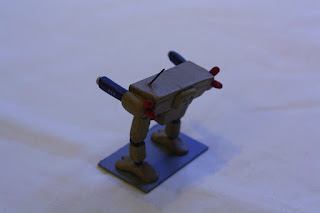 I still haven't decided fully on the rules for these bad boys and their ilk, but I'm leaning towards Mekatak, as it feels crunchy enough with a good amount of weapon systems and other upgrades, but plays quickly enough.

They might still make a Cameo as Super-heavy mechs for some of my Horizon Wars armies, but I have started playing around with some BOLO-like tanks to use as super-heavies with some of my existing armies, so we'll see.

Til next time!
Posted by Alexander Wasberg at 00:49