So it's been a while since I managed to post something here..

But I have not been completely idle! A few model kits have been built and I'll probably feature them later, but today I have some things I got from Ali last year: 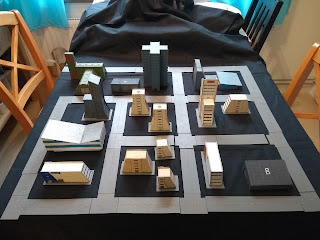 All these buildings and the road network I received in february of last year, so it only took me about a year to manage to finish them all.. 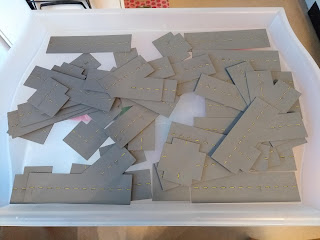 ..But there are quite a lot of spare road bits that didn't really fit on the table as well!

I also took a few quick pics with some recently finished Battlemechs: 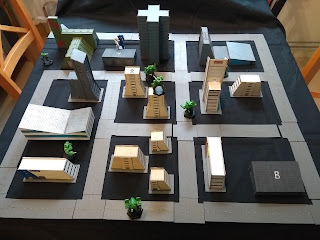 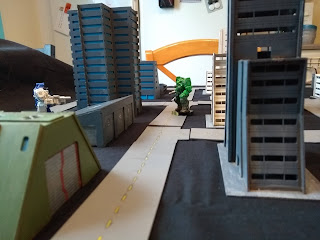 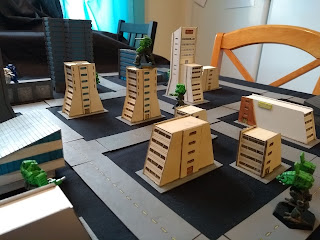 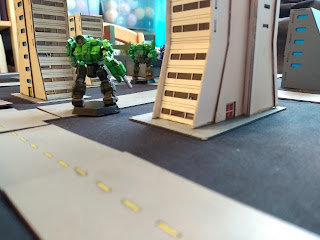 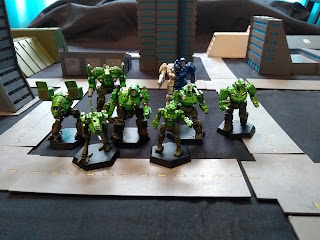 Most of the mechs from the new box were painted up as 1st Orloff Grenadiers, with the Battlemaster sporting Lyran Guard colors. 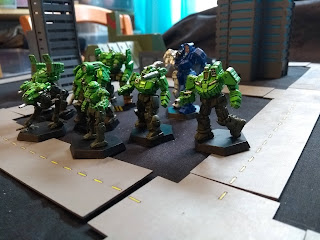 Since I've been looking to play some games with my 1/144 gundams as well I decided to see if any of the buildings would work with them as well: 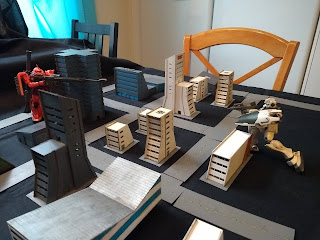 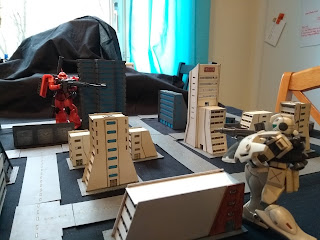 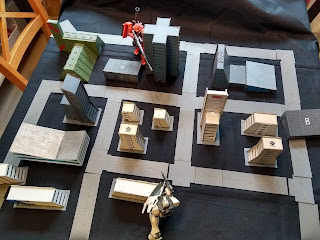 As it turns out, quite a few of them are big enough to work as some degree of cover at least!

Til next time!
Posted by Alexander Wasberg at 23:11